It's Day 17 of my 21-day Reset & Restore intuitive eating program! I'm trying to do whole foods, low-processed stuff, no gluten, low refined sugar, and limited booze. But I'll be honest — I had some gluten today. And some booze. But that's okay. The purpose of my reset is to try and fill myself with nourishing foods as often as possible, but I'm not going to deny myself the occasional treat. More on that in a few.

The day started out on-track though! I had a half a Cherry Pie Larabar and hit the gym for my regular Wednesday morning Butts & Guts class (a circuit training class with squats, abs, free weights, lunges, all that good stuff). After class, I went home and had this for breakfast — Loaded Sweet Potato! This was another of Lacy's recipes — a baked sweet potato with pinto beans, corn, green onion, and homemade cashew sour cream. Fantastic! 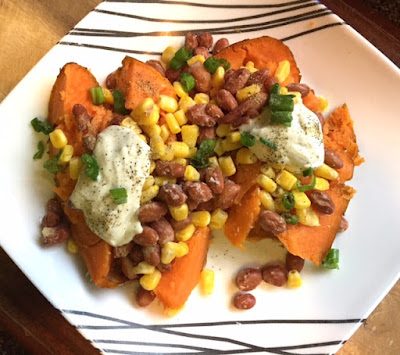 I thought that might keep me full until noon, but my tummy was rumbling by 10:45ish. I tend to get hungry every morning around that time no matter what I eat for breakfast. Luckily, I brought an Apple with Nuttzo Peanut Pro (peanuts, cashews, almonds, Brazil nuts, and sunflower seeds). 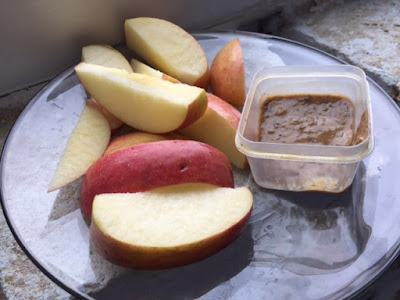 We typically have staff meetings over the lunch hour on Wednesdays, so I brought my lunch —Roasted Veggie, Chickpea, & Walnut Salad — in a jar! I had this last night as well and packed an extra salad for today. This had herbed, roasted beets, fennel, carrots, and chickpeas with a balsamic vinaigrette, quinoa, green onion, and walnuts. So yummy! 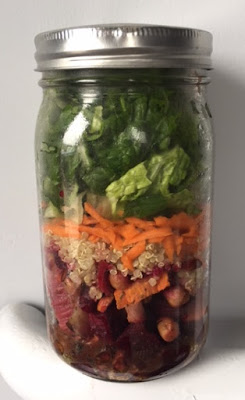 Well, I ate that and then the gluten fest began! Little did I know, some co-workers had planned a surprise tea party for a couple of other co-workers' birthdays! And Courtney wanted to make sure I had a vegan option. How sweet! She made these little Tomato, Basil & Garlic Vinaigrette Tea Sandwiches on Rudi's Bakery bread. Of course I had to eat one with my cup of Darjeeling tea. 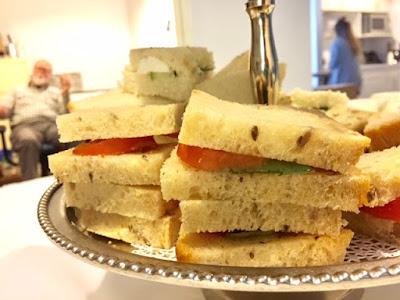 And I thought that was it for the gluten today. But then a friend popped by the office with some Homemade Sourdough Bread and Cashew Cream Cheese! WHAT?! Yea, you know I had to eat some of that. I don't pass up homemade sourdough and cashew cheese for nothin'. It was very, very good. After my bread treats, I had some KeVita Ginger Kombucha. 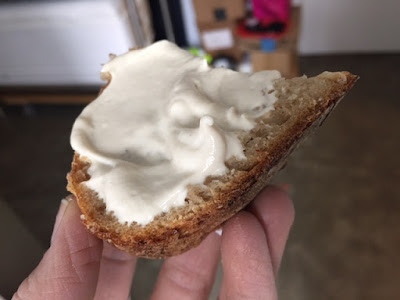 And I was totally back on track for dinner though! I made Lacy's Hearty Veggie Chili last night to heat up for a quick meal tonight. This veggie-loaded stew really hit the spot on this chilly night. I tried out a new six-chili powder (made with six kinds of chiles), and it had such a wonderful flavor. I topped it with a little nooch (as suggested by the recipe) and some of Lacy's homemade cashew sour cream (which I'd made for breakfast). 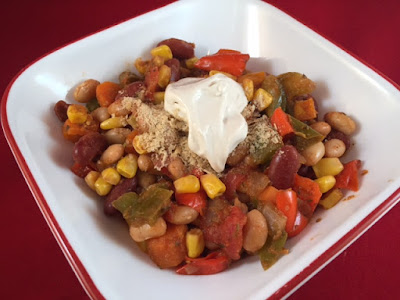 After dinner, Cassi and I went to the Memphis Flyer's 20>30 party to celebrate the release of their new issue, which features 20 young Memphians doing cool things. As you may know, I worked at the Flyer for 14 years before moving over to Crosstown Arts, so I like to pop into all their events. Plus, there was free booze, and it was at the new Old Dominick Distillery (a bourbon distillery). I hadn't had a chance to check it out yet, and I was eager to see it and try the bourbon! I'm not even a bourbon drinker, but I can't resist locally made booze. Unfortunately, the bourbon wasn't ready yet, but I had a couple glasses of wine instead.

I kept it light though — just two glasses. Then I went home to prep food for tomorrow! My vegan quiche — tomorrow's dinner — is in the oven! I'll see y'all then.
Posted by Bianca at 9:59 PM

Homemade sourdough?? Who could resist! Everything you're eating looks so delicious!I can't wait to see the quiche!

I'd say you did pretty good, even with the gluten. And I love, love, love sweet potatoes with toppings like that- totally craving that now!

Your healthy attitude toward food is so refreshing to me. I really struggle with disordered thoughts/food guilt, and your ability to enjoy treats made by friends (with love!) without guilt - and then get right back on track - is very inspiring. It helps people like me to read about people like you! :)

Well obviously no one in their right mind would turn down homemade bread with cashew cheese!! I really hate lunch meetings, especially if I'm expected to participate- like i'll be eloquent while wondering if there's spinach in my teeth or trying not to dribble on my work papers....!
Ttrockwood