Follow Your Heart, makers of Vegenaise, is pushing a new social media campaign called #mayokarma, and a couple weeks back, they sent me two jars of Vegenaise to play with. I was instructed to take pictures of my mayo uses and post them on Instagram and Twitter. I'll take any excuse to play with free Vegenaise! 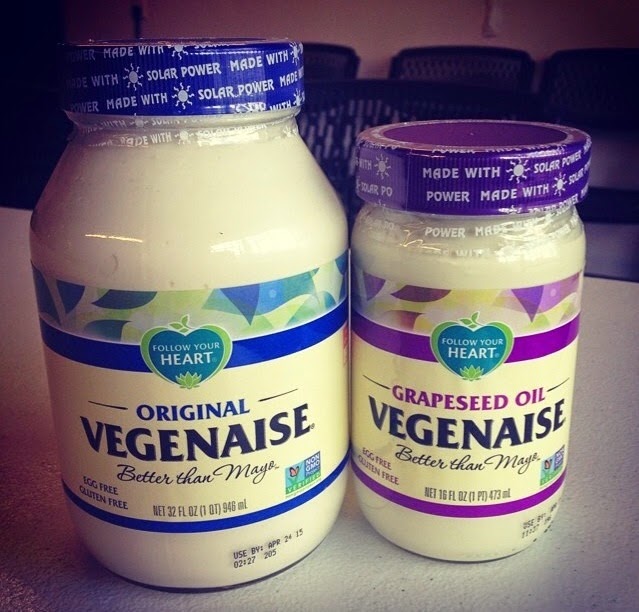 The #mayokarma campaign is promoting this idea that by spreading Vegenaise, you're spreading good karma to yourself, your friends, and your family. You're eating a vegan product that does not contribute to animal cruelty, pollution, or water waste, and it's free of harmful chemicals, preservatives, and GMOs. Veganaise was created in the '70s by hippies who ran a little health food shop in Southern California. It's still open, and one of these days, I hope to visit. Few things delight me more than old hippie vegan stuff. That's one of the reasons why I love working with my cookbook publishers at the Farm in Summertown, Tennessee.

But you're here for that pimiento cheese recipe, right? So the first thing I decided to do with my Vegenaise was create a Vegan Pimento Cheese recipe for my new cookbook project, which features trendy foods from the past century. From the research I've done, it seems that packaged pimento cheese began to hit the market around 1910. 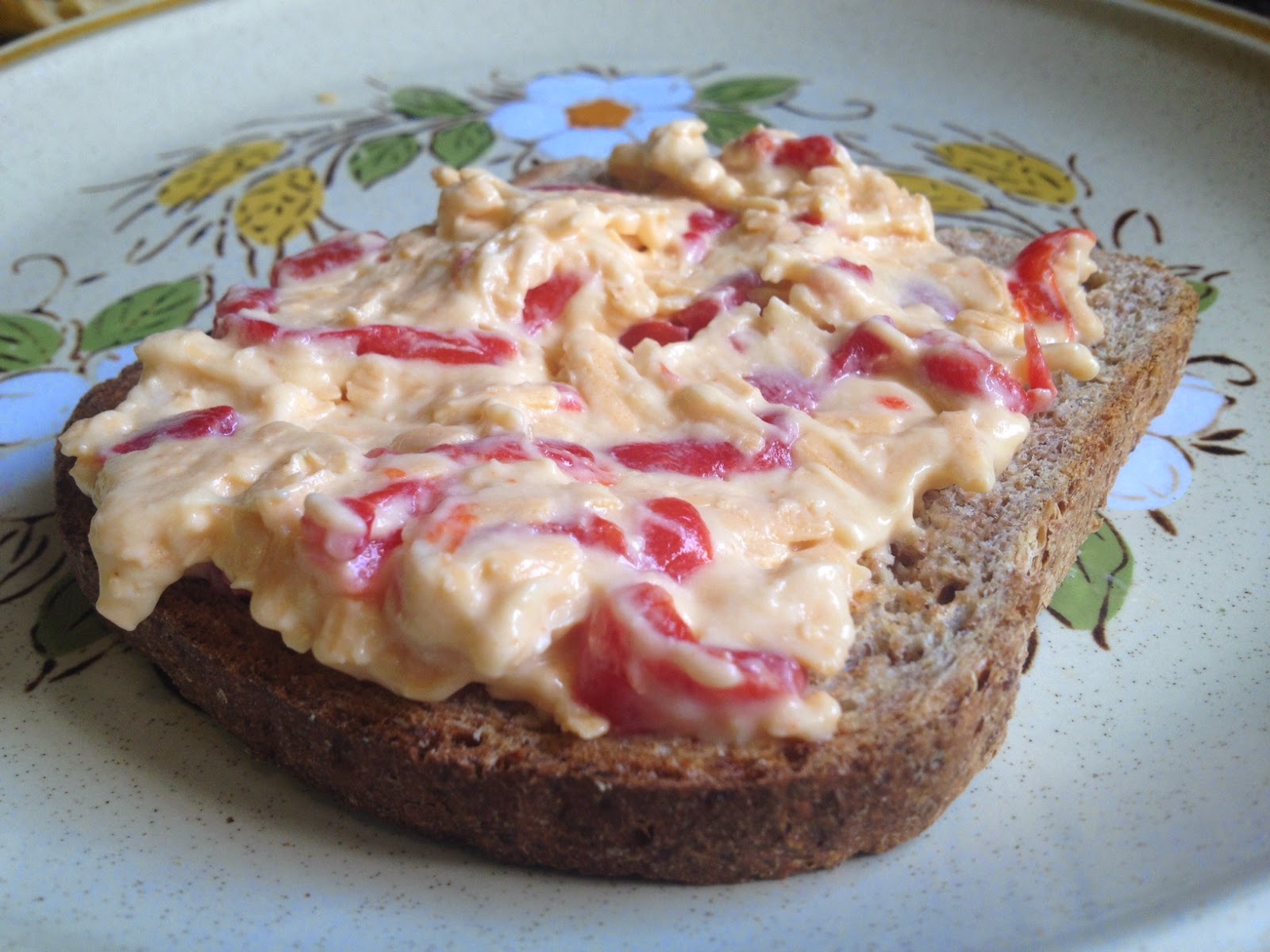 Now for a disclaimer: This is not a super-healthy vegan pimento cheese recipe. If you want one of those, check out my chickpea-based pimento cheese in Cookin' Crunk. But if you're lookin' for a more realistic vegan version of the classic, Southern spread, look no further. This is loaded with plant cheese, so go easy on your servings. And eat with a side salad. That balances everything out.

(And another disclaimer for my editor friends: The "pimiento" pepper is spelled with an extra "i," but in the South, we leave that "i" out in the name "pimento cheese." Don't ask me why. That's just the way we do things. It's actually misspelled in my Cookin' Crunk cookbook because the editor insisted it be changed to "pimiento cheese." But don't let that fool ya. "Pimento cheese" is correct).

Mix everything together in a large mixing bowl. Spread over sprouted grain toast, use as a dip for Ritz-style crackers, or use as a veggie dip.
Posted by Bianca at 9:41 PM

Quick question -- doesn't Follow your Heart have casein in it? I thought that was animal derived? Please correct me if I am wrong.
I really like your blog. It makes me miss the South.

This looks so yummy! I know what I'll be making tomorrow!

Pimento cheese is a comfort food, not meant to be healthy, but it's cool that it can be vegan! :)

FYH is one of my very favorite places to eat and shop. Please come visit!

It's vegetable based casein.