Hey y'all! It's time for another installment of "Stuff I Ate"!

Even though I'm typically a savory breakfast gal, last week I made a breakfast of Oats with Bee-Free Honee, Raw Almond Butter, and Blueberries. 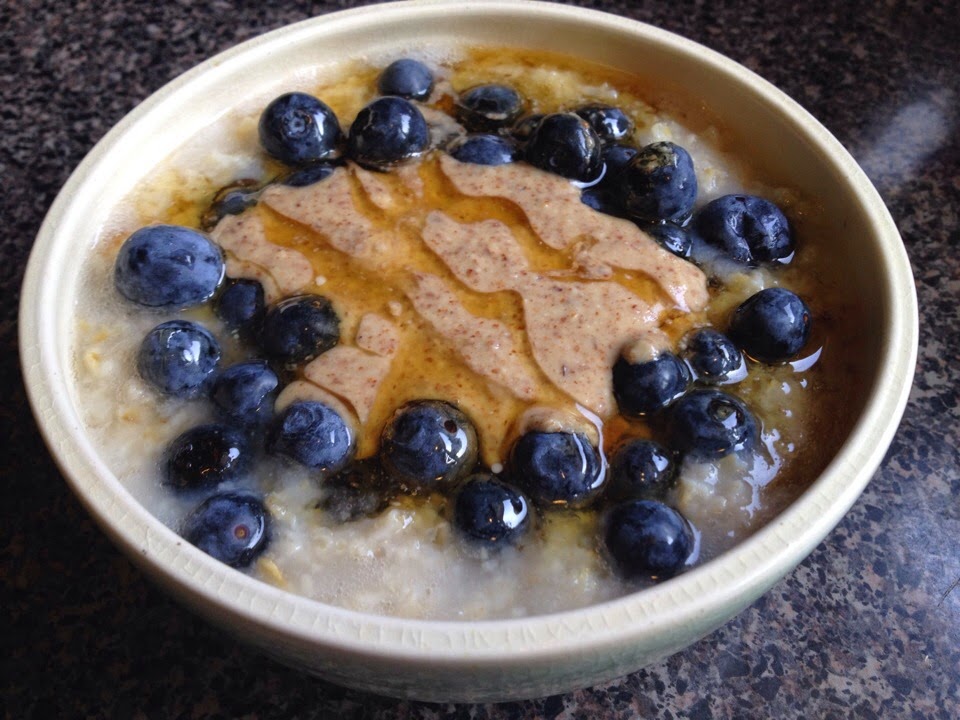 These were blueberries from the Memphis Farmers Market, and the raw the almond butter came from Memphis-made Heaven's Healthy Kitchen. This dude makes fresh jams, jellies, almond butter, ketchup, mustard, and vegan ranch! I caught him one afternoon selling stuff from a table on the patio of Imagine Vegan Cafe, and I scored a big ole jar of his homemade raw almond butter for $10!

Speaking of Imagine (y'all know I can't do a "Stuff I Ate" post without some Imagine goodness!), I had this Breakfast Platter at Imagine during brunch a few weeks ago. Scrambled tofu, sausage, biscuits and gravy (the gravy was in a ramekin on the side, not pictured), hash brown, and cheesy grits! 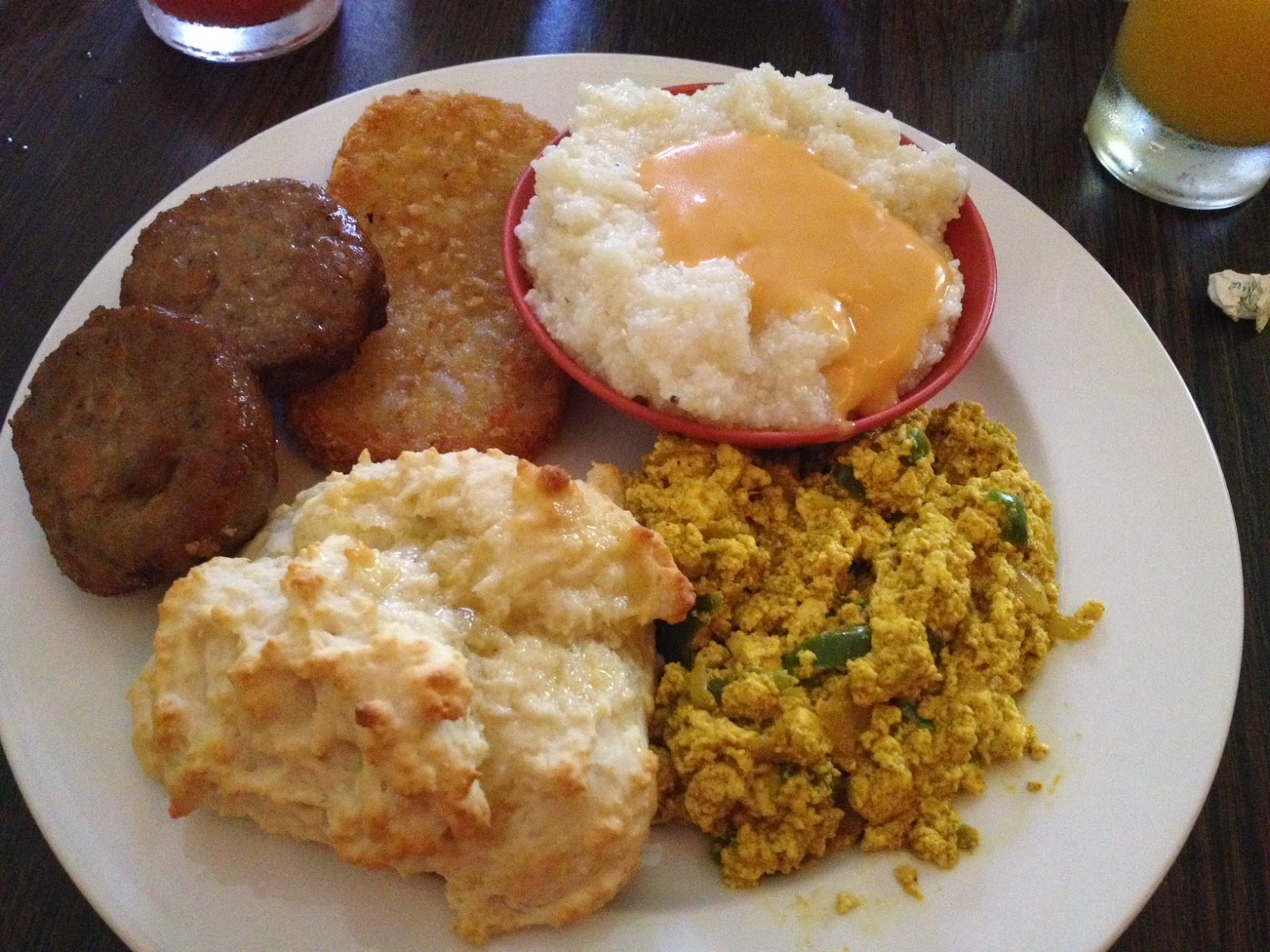 And last week, I had Imagine's Appetizer Sampler for takeout dinner, because sometimes, you need fried foods for dinner. Don't worry, I ordered a side salad for good measure. This had pigs in blankets, vegan cheesesticks, buffalo wings, "chicken" nuggets, and hush puppies with sides of marinara and ranch for dipping. 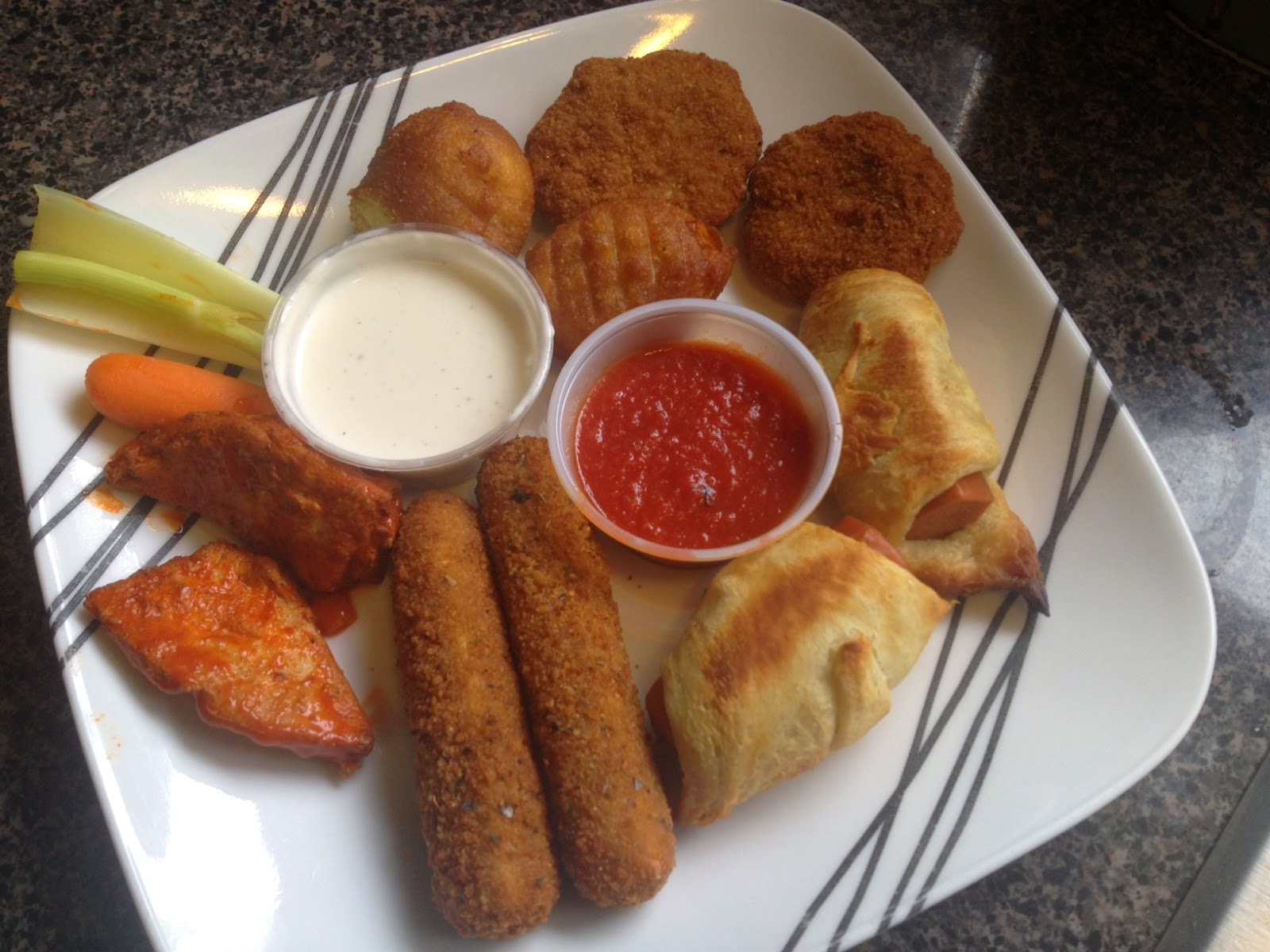 I had this bowl of Brown Rice Ramen with Veggies and Tofu while watching Game of Thrones one Sunday morning. I have a little weekend ritual of watching my shows and eating ramen in my PJs. It's quite lovely. 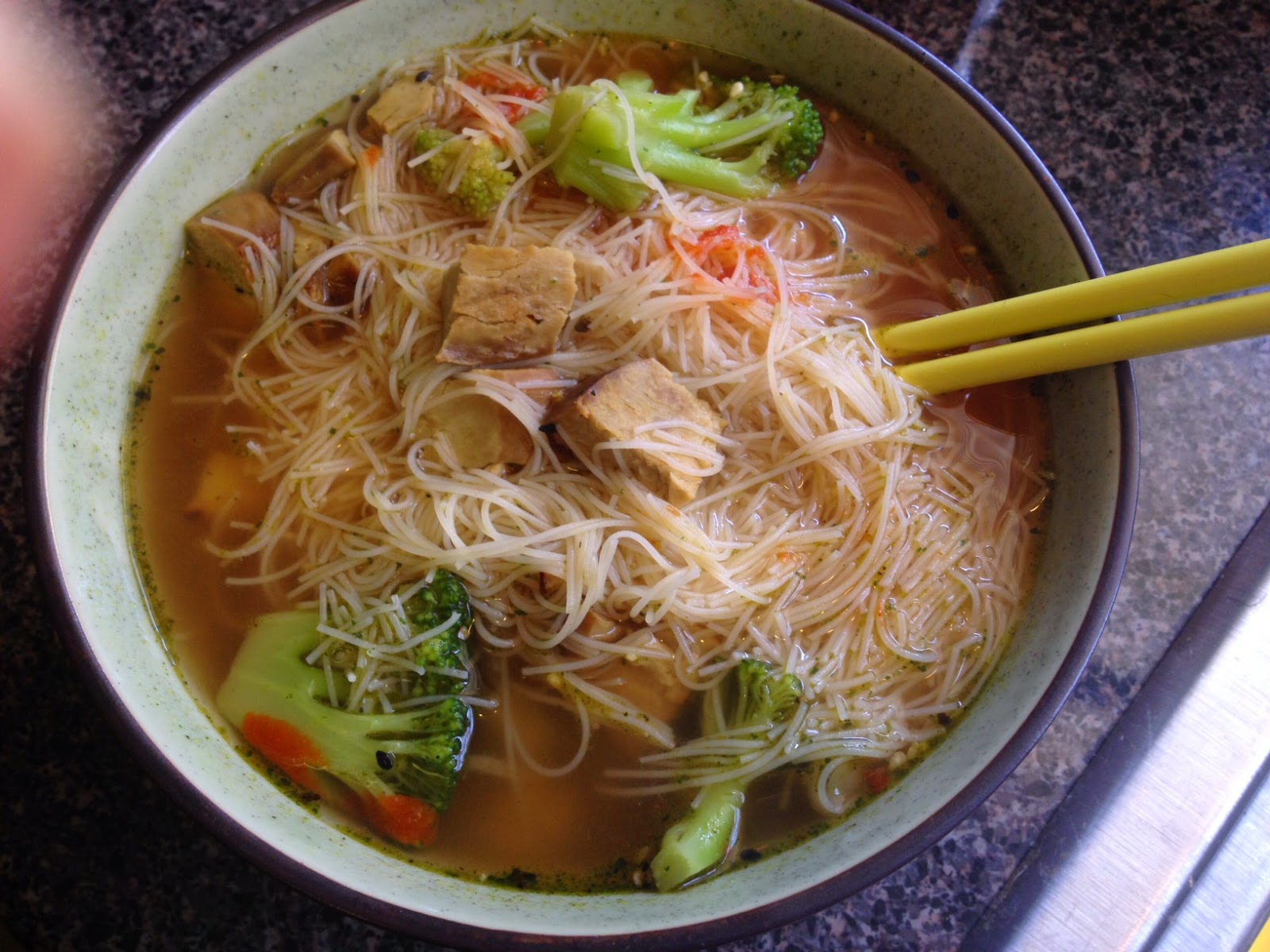 But my weekday breakfasts, at least on running days, mostly consist of healthy protein smoothies. I made this Key Lime Pie Smoothie with Coconut Cream last week. The recipe came from the Vega website, and it tasted exactly like key lime pie in smoothie form. I used granola for the "crust," and I made a homemade coconut cream by whipping the fat from a can of coconut milk. The green is actually spinach, and it's loaded with fresh lime juice and zest. 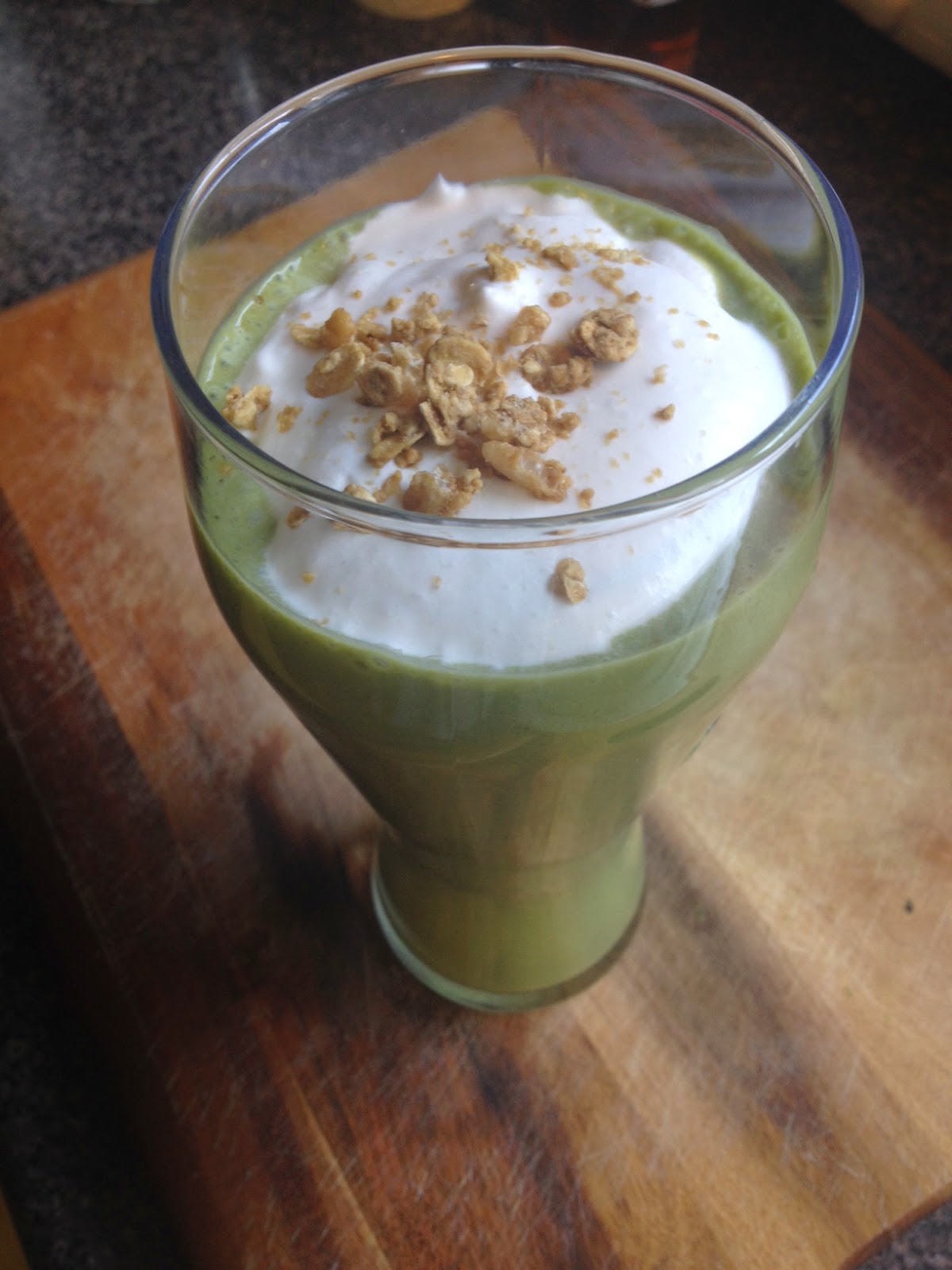 This morning, I used some of the leftover coconut cream for a Raspberry Coffee Smoothie — Garden of Life Marley Coffee protein powder, frozen raspberries, half a banana, almond-coconut milk, and coconut cream. 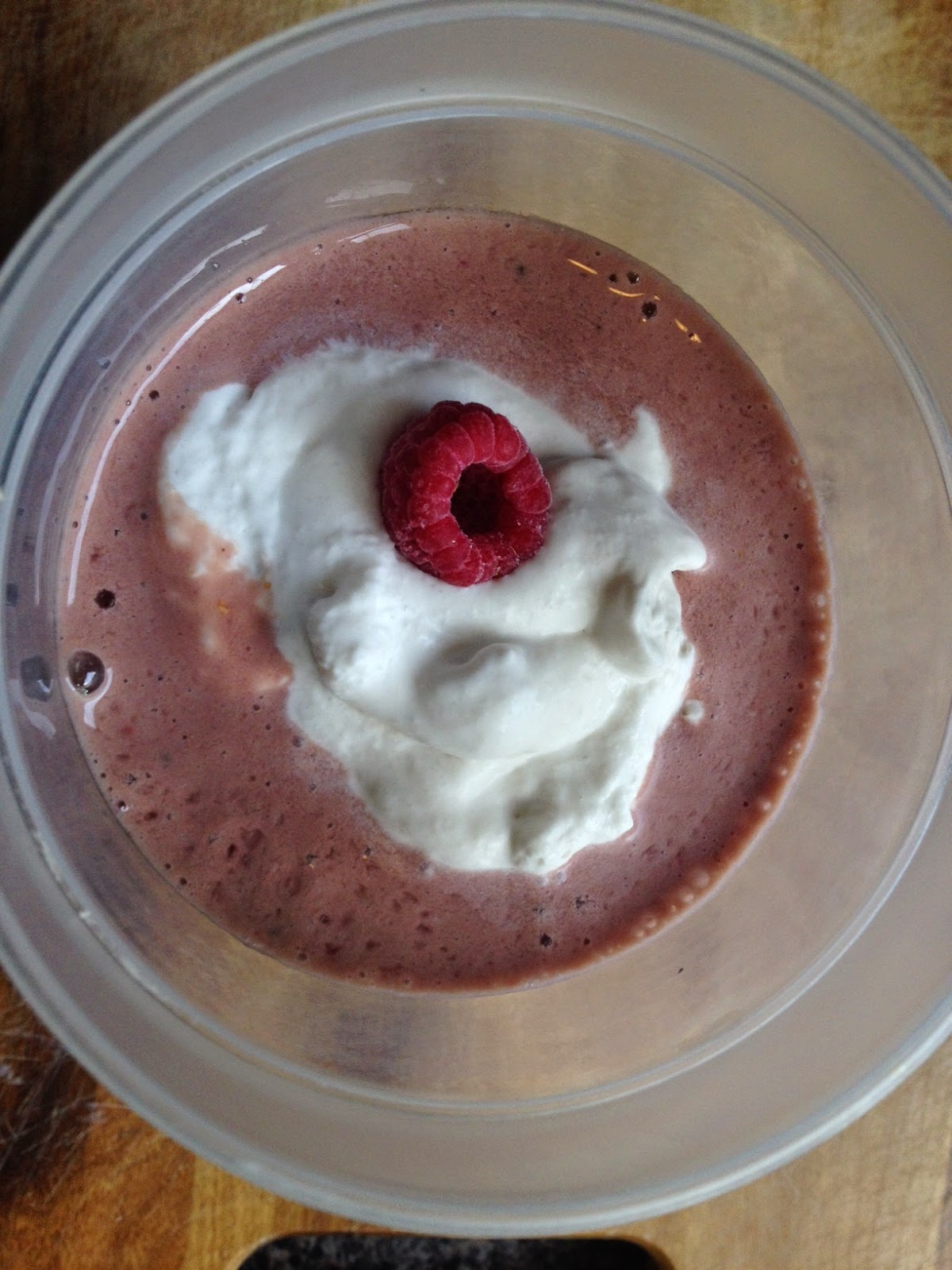 Tonight for dinner, I had some Tolerant Red Lentil Pasta (gluten-free and delicious!) topped with Victoria Vegan Alfredo Sauce with a side of steamed Brussels Sprouts tossed with olive oil, lemon juice, and garlic. 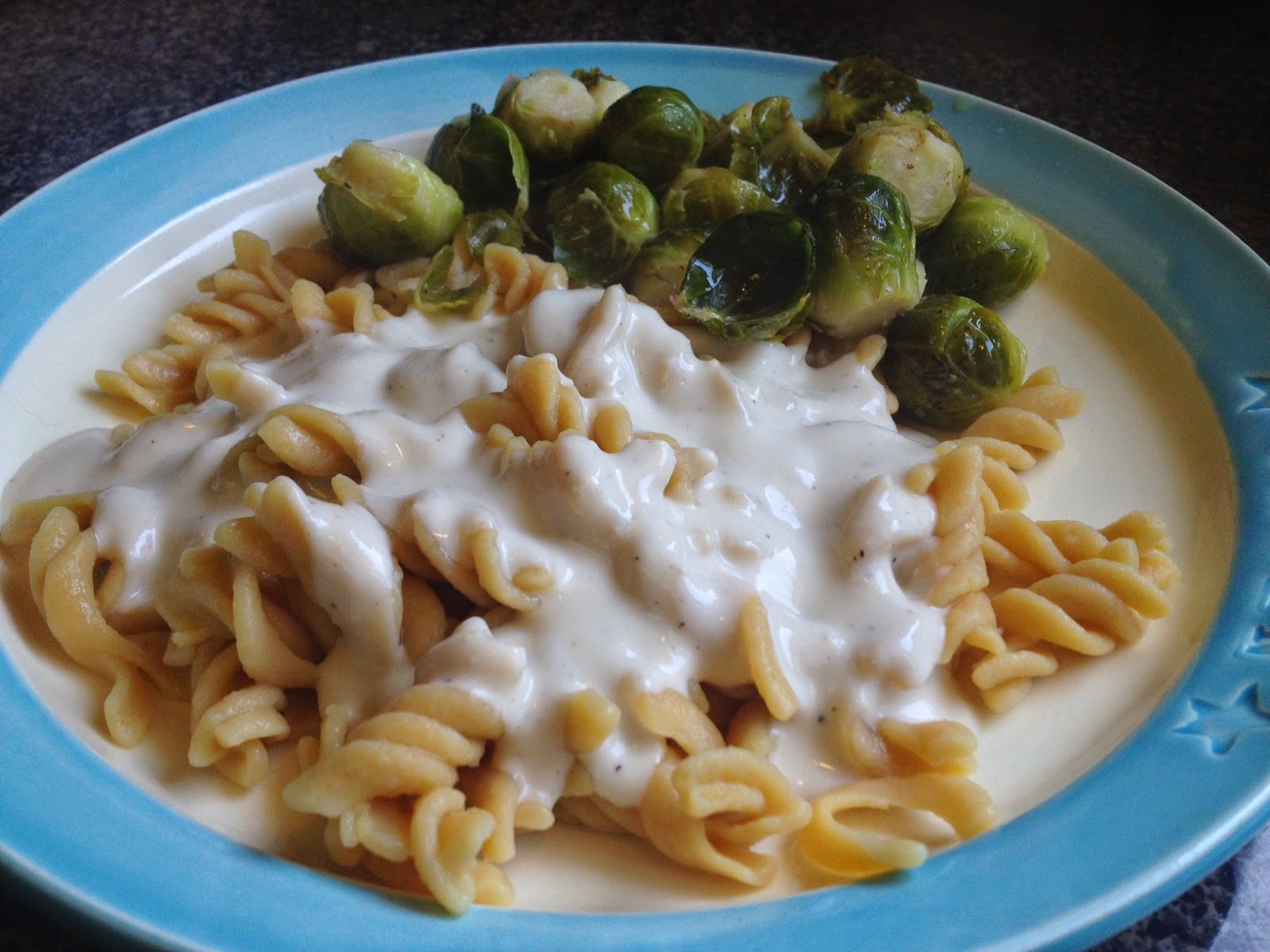 And I've saved the best for last! On Saturday night, my friend Autumn had a birthday party for her husband AJ, and even though they aren't vegan, they ordered a batch of Vegan Peanut Butter Bomb Cupcakes from my friend Stephanie so the vegans could eat cake too! I have the most awesome omni friends! 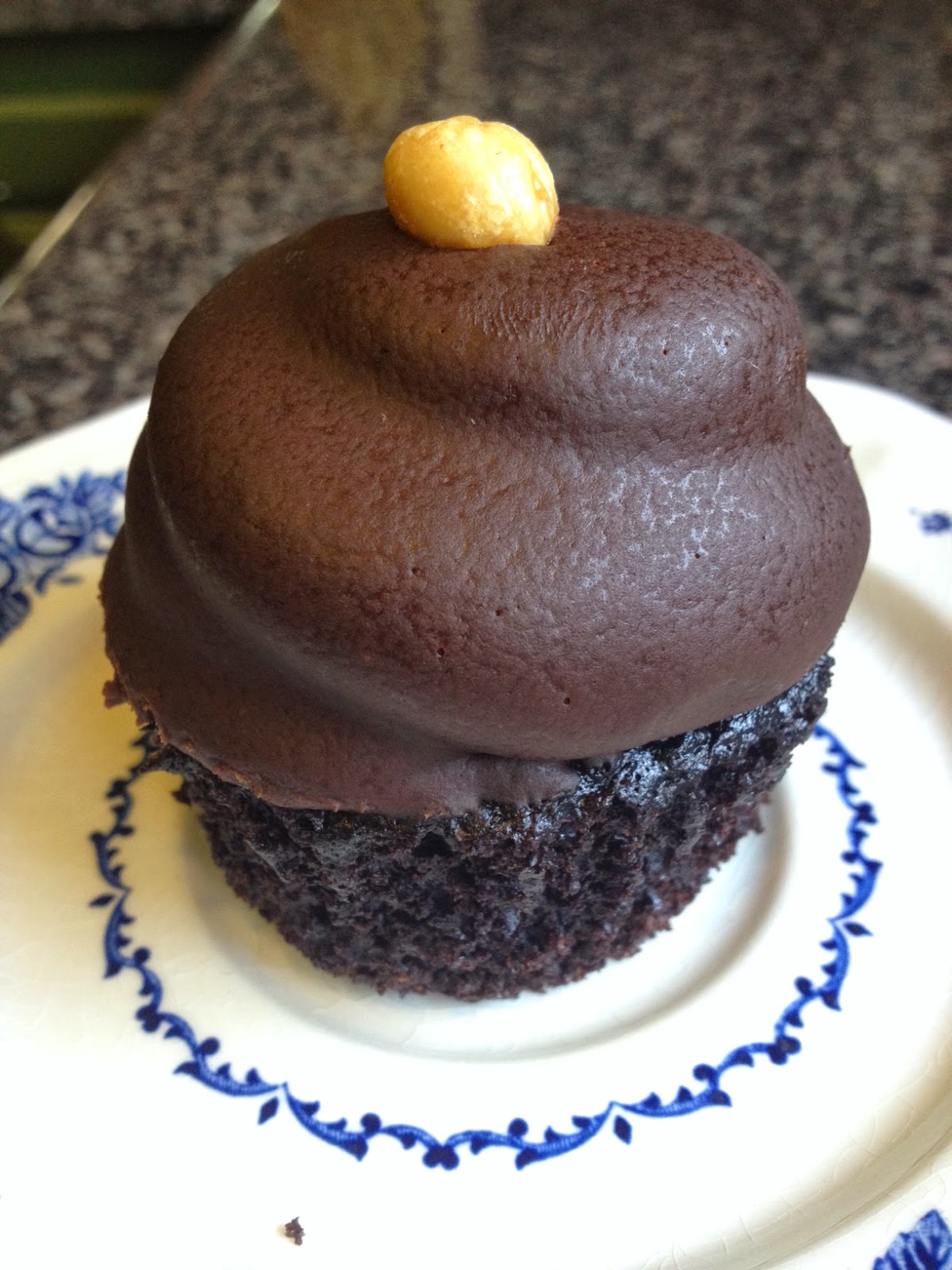 Anyway, she sent me home with three cupcakes! So I've been eating them all week. These are my favorite Stephanie cakes!! Look inside! That's peanut butter tucked under that ganache! Heavenly! 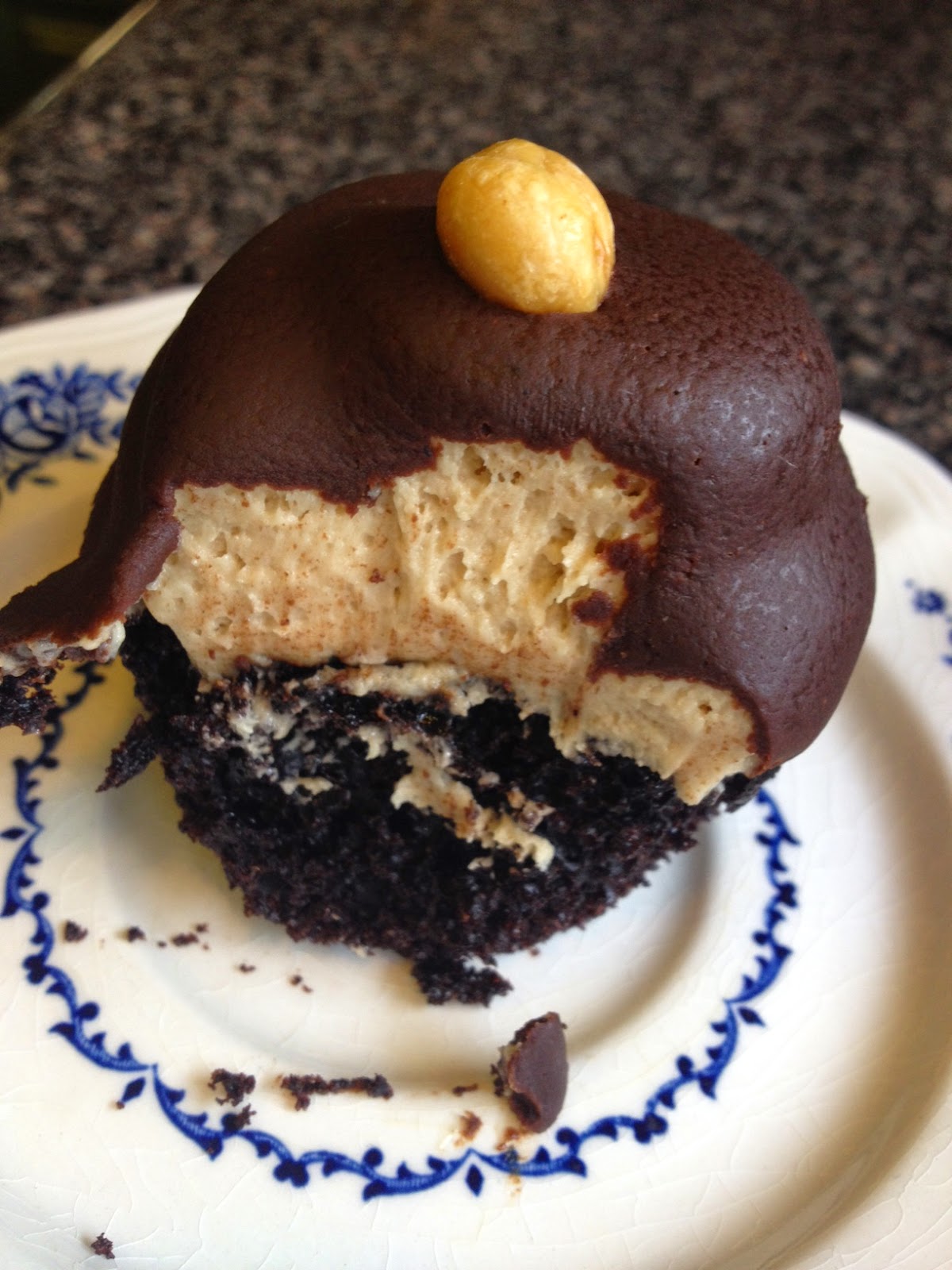 I really want an Imagine Café in my town.. those grits look great, I should really make the grits from your book soon. They are awesome.

I want that brunch plate and that appetizer plate and THAT CUPCAKE!!! OMG!!!

I really need to get on this ramen for brunch thing.

[ Smiles ] You always eat some the coolest vegan delicacies!

It is a toss up between the fried deliciousness plate and the peanut butter cupcake as to which one is better! :)