No, it didn't have weed in it! You can't send that in the mail yet. But my buddy Barb of That Was Vegan? did send me some other made-in-Colorado surprises!

Around Easter time, I tweeted that Imagine Vegan Cafe had Stephanie's homemade vegan cadbury creme eggs and twinkies for sale. Barb responded to the tweet joking that I should send her some, and I just so happened to be in the restaurant when I saw her tweet. So I did!

And now, Barb has sent me a fun package! It arrived earlier this week. Here's what was inside — Elevation Ketchup, Linden Tree Foods Spicy Black Bean Jerky, and two packages of ramen (not made in CO, but Barb threw those in because she knows I'm obsessed with ramen). 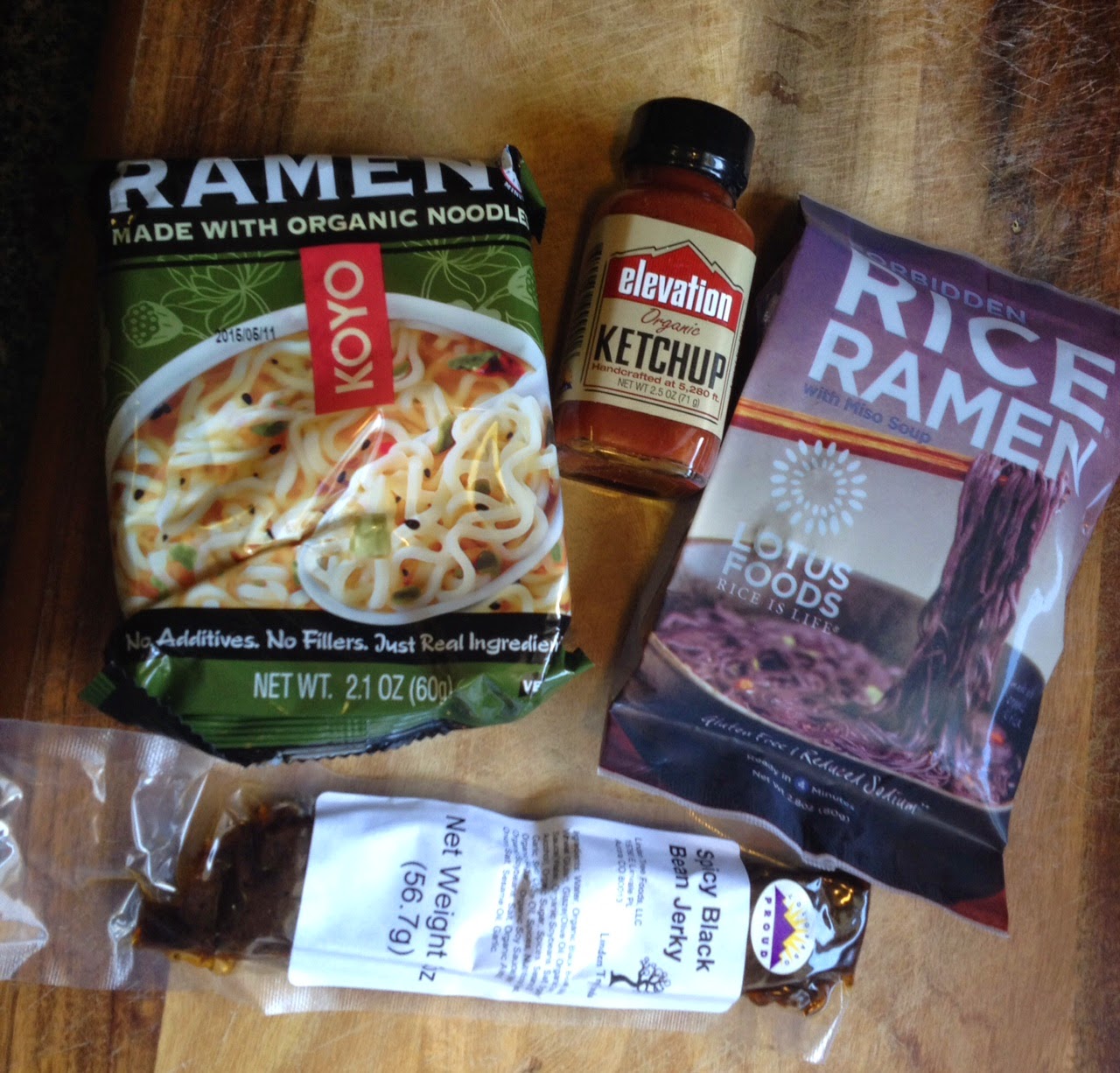 I'm a huge fan of the baked Koyo noodles, and I've only recently been turned onto the Lotus Foods Forbidden Rice noodles. They're purple!! There are few things more satisfying in life than a bowl of ramen that's actually healthy!!

I immediately popped open the ketchup and stuck my finger in. Mmmmmm ... tastes just like homemade. And since I'm always too lazy to make my own ketchup, it's nice to have some that someone at a small company lovingly made (at 5,280 feet, at that!). 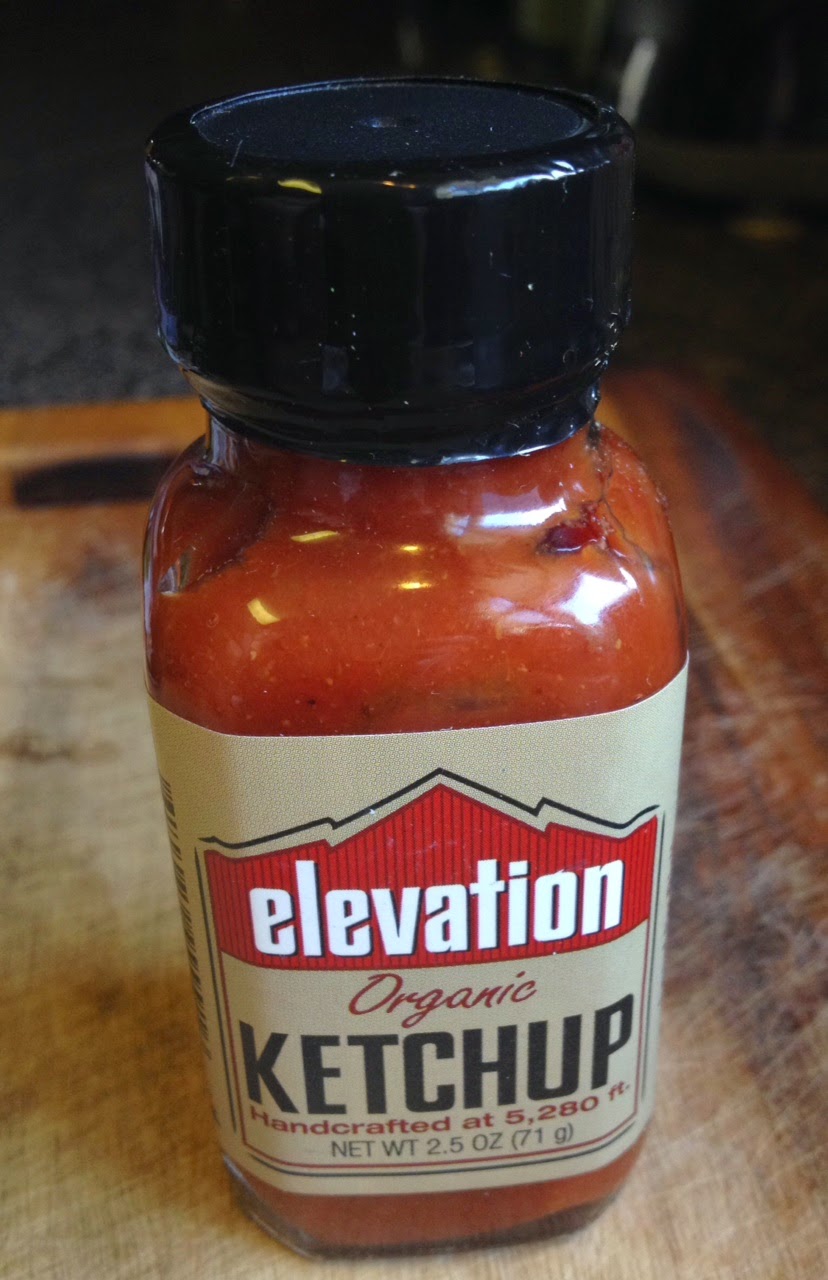 This morning, I enjoyed the black bean jerky before my 11:30 a.m. yoga class. Since I go to yoga during my work lunch break, I always need a hearty snack to hold me over until I can eat a full meal back at my desk around 1 p.m. 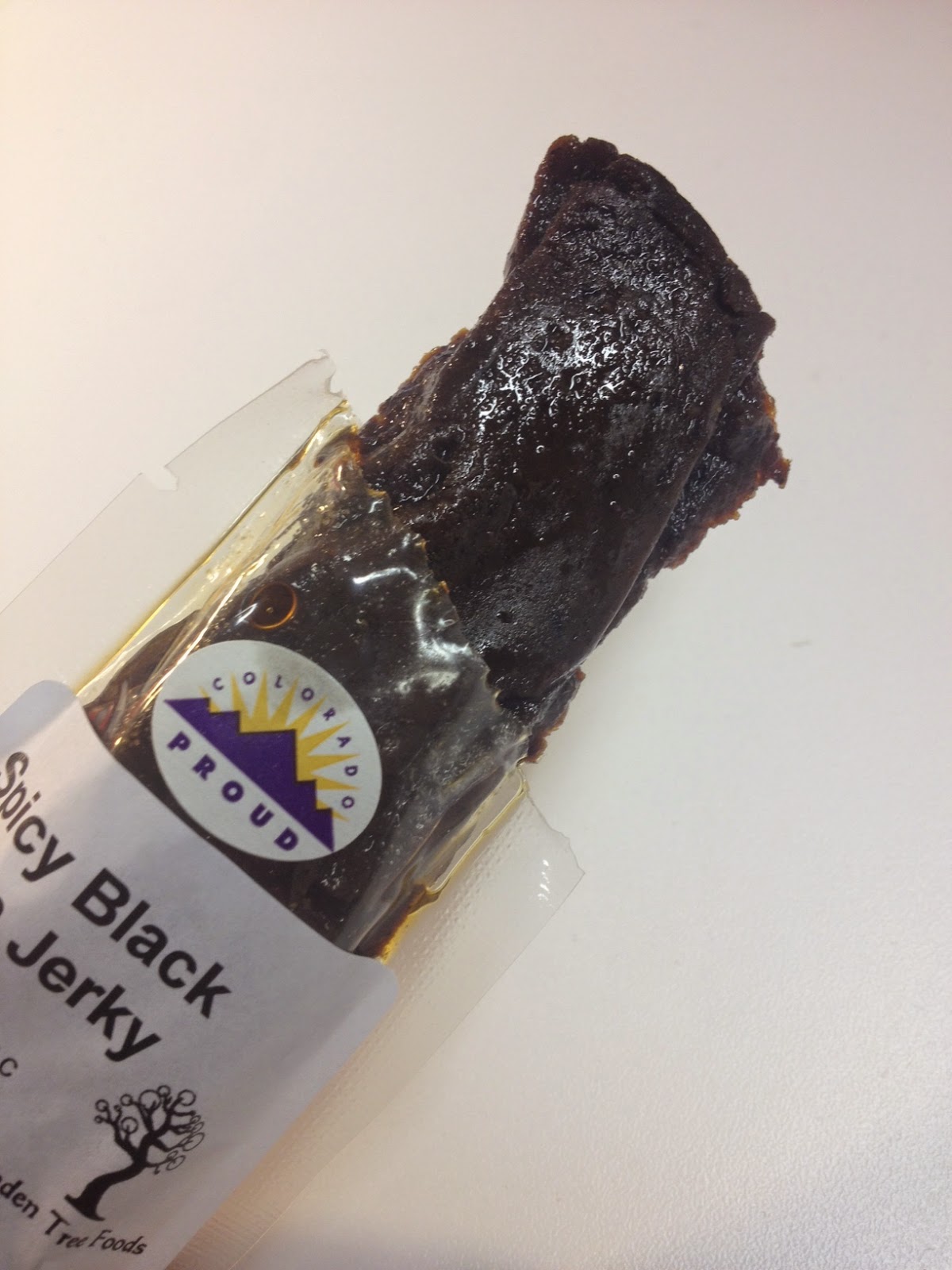 This jerky did the trick! And it was delicious. I thought it was one thick slab, but after biting into it, I realized it was actually four slices stacked atop one another. I ate all of them, because once I started, I couldn't stop. It was chewy and spicy and smoky and just right.

Ooh! I want to try that jerky. Where can I get it?

I LOVE those black ramen noodles. That reminds me, I need to get more!

I'm so glad you enjoyed it! And hopefully the federal gov't will let me send you some of that other stuff soon ;)