Here's a round-up of some things I've been eating lately! I've blogged about how much I love the new Fuel Cafe menu several times, but I'll say it again — I LOVE THE NEW FUEL CAFE MENU! It's very vegan pizza-centric, thanks to my pizza chef friend Don's involvement and their new wood-fired oven. The last couple times I went, it was for dinner, so I ordered a personal-sized pizza. But Susan, Shara, and I went for lunch one day last week, and they have Grandma Slices! 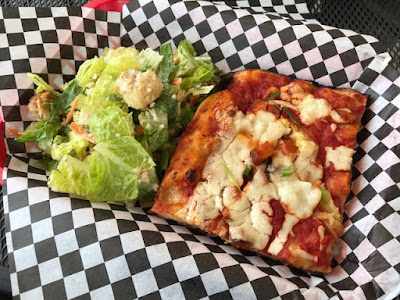 I whipped up some Buckwheat Banana Pancakes for breakfast last Friday. I added banana slices to the batter, and then I topped with extra bananas and blueberries, plus some Hilary's Eat Well Spicy Veggie Sausage on the side. 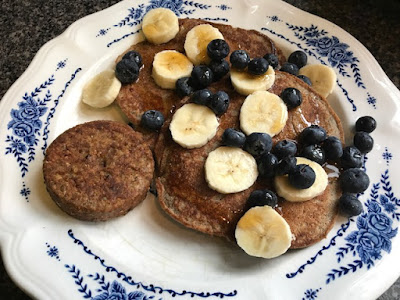 A grown-up PB&J before last Friday's Water Zumba class at the downtown Y (trying some new things while I can't run!). This has Raw Almond Butter and Superfruit Spread (blueberry-cranberry-cherry-grape). 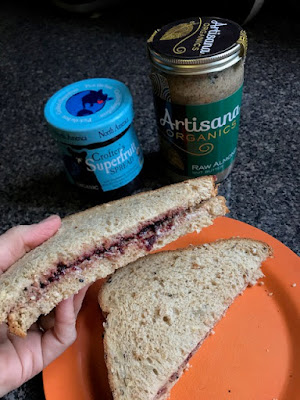 After that Water Zumba class, I was hungry again. So I made a snack plate with Yellow Lentil Hummus, Chipotle Hummus, Carrot Sticks, Bell Peppers, Pretzels, and Strawberries (fresh, local ones!). 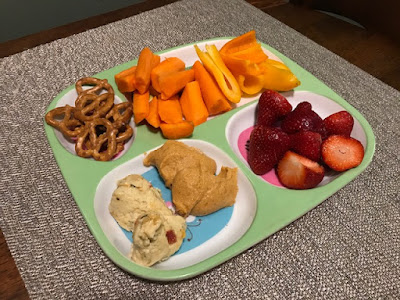 Here's some White Bean, Spinach, & Mushroom Lasagna with Pesto from the No Meat Athlete Cookbook. I made it forever ago and froze the leftovers in portions for quick dinners and lunches. Came in handy on a busy weeknight last week. 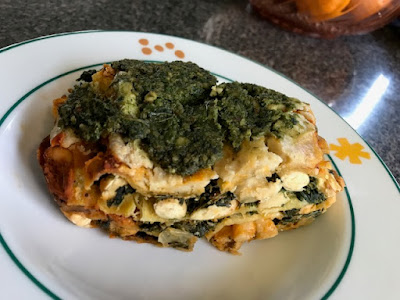 My fave pre-long run breakfast is oats and nut butter, but I haven't been eating it as much since I'm not running. Sadness. I managed to get my oat fix one day last week as a regular weekday breakfast. I stirred some ground flax and maple into the oats and topped with cashew butter and blueberries. 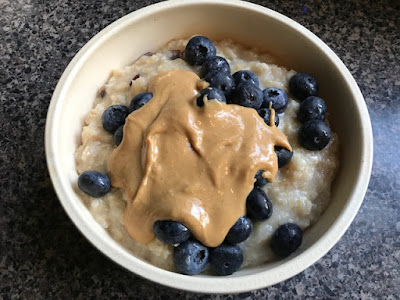 I want all of this!! Everything looks so delicious and that pizza and salad look seriously incredible. You know I love my snack plates too ;)

Vegan grandma slice AND vegan ceasar salad?? Amazing. I would be there for lunch all the time!
Water zumba sounds hysterical, did you have fun? I’m Not sure why you don’t have the oats and nut butter breakfast more often if you love it so much, especially since a busy work day is like a really long run!
Ttrockwood