Even More Stuff I Ate

And I'm back for round three of Stuff I Ate. Apparently, I've been eating lots of delicious meals lately. Though my fractured foot is a huge bummer, the one bright side is getting to sleep in more often and eating big breakfasts that aren't protein smoothies. This morning, I had Scrambled Vegan Egg, Air-Fried "Roasted" Potatoes, & Sprouted Grain Toast with Superfruit Jam & Earth Balance. 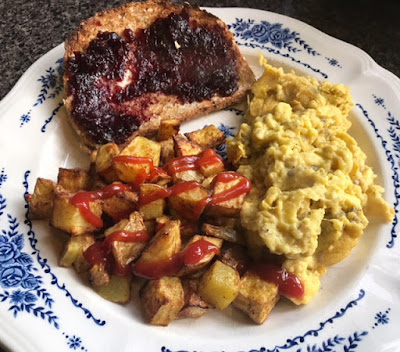 On Sunday morning, Paul, his BFF Collin (who was in town from Nashville), and I had brunch at Midtown Crossing Grill. I got the Scrambled Tofu with potatoes, vegan cheese, peppers, and onions, plus a side of Wheat Toast with Earth Balance. Also a Guava Strawberry Mimosa! 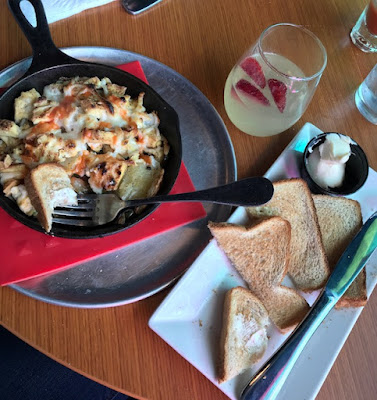 I also had a Vegan Bloody Maria with that brunch. Bloody Marias are made with tequila instead of vodka. 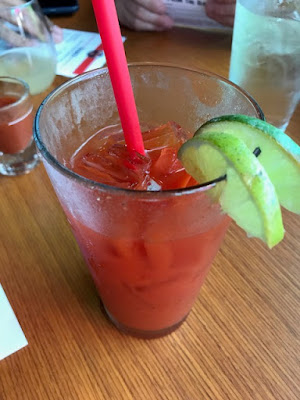 Here is a most excellent Whole Wheat Bagel with Yellow Lentil Hummus & Habanero Sauce. Bagel by Dave's Bagels of course! 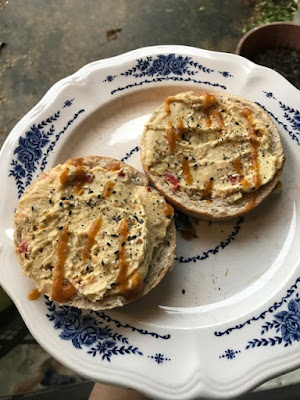 My mom drove all the way to Memphis (an hour from her home) yesterday to bring me a couple slices of Vegan Banana Cream Pie from Kind Confections (Jonesboro, Arkansas' vegan bakery). I'm terrible at plating, so it looks like pudding, but omg it was so good. Tasted like banana puddin' in a shortbread crust! I did not share with Maynard. 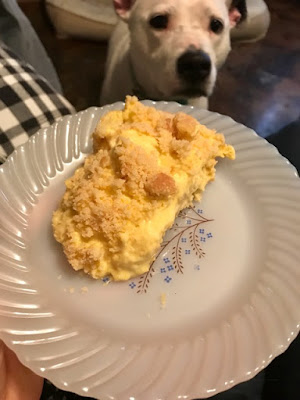 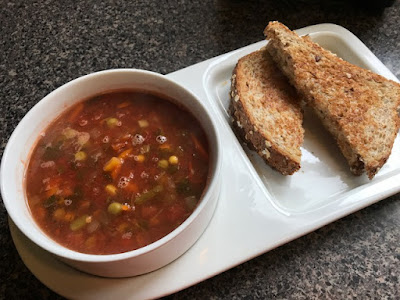 OMG everything looks so good! I'm so sorry about your broken foot. I hope that you'll recovery quickly and easily! Your breakfast meals all look seriously incredible. I need to give the vegan egg another chance because your scramble looks great. The banana cream pie looks so delicious and hooray for grilled cheese! Vegan grilled cheese is one of my favorite guilty pleasures and although I don't eat it often it's the best! Yours looks awesome!

Your mom is awesome!! How sweet of her to do that just to bring you amazing pie :))
I am ALL about the bloody mary at brunch, with tequila that sounds like a great version! I actually make a great bloody mary juice combo when i want something savory- tomatoes, celery, cucumber, then i stir in a pinch of celery salt and a bit of prepared horseradish.
That scrambled tofu skillet at brunch looks perfect, i would order that every weekend!
Ttrockwood