For as long as I've been vegan — 14 years this fall! — I've been following the career of fellow Memphis vegan, Omi Ogunwale El (formerly known as Bastet and referred to by that name on my older posts). Long-time vegan Omi has done it all! She's co-led a vegan awareness group (Vegan Sisters). She's run a vegan lunch pick-up service, and she helped launch the (sadly) now-closed Deja Vu. She co-hosted weekly vegan brunches and ran a catering business under her old company, OC Vegan Foods. She operated a natural foods/herb shop (the Natural House of Wellness). And she organized a Memphis vegan festival for three years.

And for the past 10 years, she's run Green Goddess Gourmet Vegan Foods — makers of the most amazing vegan flavored popcorns, which are sold at Memphis Whole Foods, Cash Saver, and Super Lo stores, plus Whole Foods in Nashville, Chattanooga, Knoxville, and Atlanta. Now Green Goddess Gourmet Vegan Foods is growing into a brick-and-mortar shop in the Binghampton neighborhood of Memphis! The store will be at 3078 Summer Ave (suite 510) and should open on May 19. The new store and lounge will sell vegan snacks, spices, and other products, serve teas, and offer community classes and workshops focused on healthy living.

Omi's PR agent Aisling popped by my office last week to drop off some popcorn samples. I've had all of these flavors before, but I'd forgotten just how delicious they are! The original — and my personal fave — is the Green Goddess Popcorn, which has spirulina and kelp powder, garlic, cayenne, and nooch. 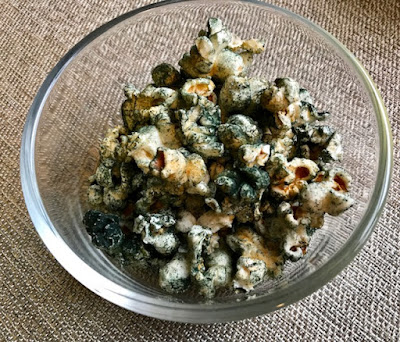 All of her popcorns are popped in a mix of coconut and safflower oil, and that coconut flavor shines through too! They're perfectly seasoned, and it's hard to eat just one serving (that's one cup according to the bag).

Here's the Garlic Popcorn, which is super-duper garlicky. I'm a big garlic fan, and I don't even care what my breath smells like after I eat this. This popcorn could kill vampires, and that's a good thing. I also love all those herbs! 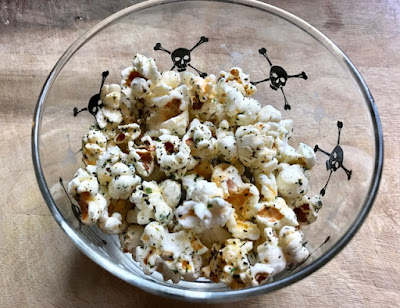 And here's the Caribbean Curry Popcorn, which is seasoned with curry powder, nooch, and rosemary. It's slightly sweet but more savory than anything, and it's truly addictive. I wiped out an entire bag over the weekend — all by myself. 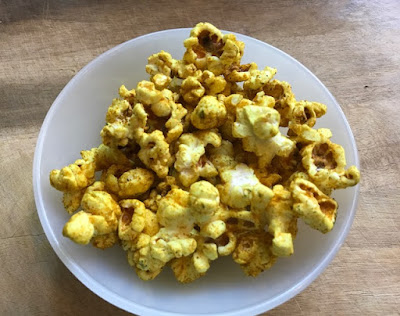 Next door to Green Goddess will be Angels and Tomboys — a vegan bath and beauty product business run by Omi's sister, Viara Iyadunni. Angels and Tomboys is primarily markets to tweens, but I'm the kind of adult who refuses to grow up, so I'm sure I'll be buying stuff there too! I mean, they have a body spray called Lemonade Doughnuts, so I'm pretty sold!

Angels and Tomboys' products have been sold online and at Memphis pop-up shops and trade shows. It was launched in 2016 by Iyadunni’s daughters, Madison Star and Mallory Iyana. The tween sisters gained national attention after striking a deal with Dallas Maverick’s owner Mark Cuban and FUBU founder Daymond John on ABC’s “Shark Tank."

Look for another post about these two new vegan shops soon! I'll definitely update y'all when the stores open this summer.