Mama Gaia — the all-organic, totally vegetarian, mostly vegan restaurant in Crosstown Concourse — celebrated its first year in business with a fancy party last Thursday. Mama Gaia is pretty special to me because it's located in the same building where I work at Crosstown Arts. Concourse is a vertical urban village with arts, healthcare, education orgs, a ton of nonprofits, restaurants, retail, and apartments. And it's located in a massive former Sears retail and warehouse building that was built in 1927. It's by far the city's most impressive revitalization project to date (and yes, as the communications coordinator for Concourse, I'm probably a little biased there).

Anyway, Mama Gaia was the first restaurant to open in Concourse, and it's plant-based! How rad, right? I'd only recently left my beloved old job at the Memphis Flyer in 2016 when I learned that a veg restaurant would be first to open in the building (before my office even moved over!). At that moment, I had no doubt I'd made the right career choice.

Enough about me and my unabashed love for Concourse though. Let's talk about Mama Gaia. They had a big buffet spread at the party, and here's what I put on my plate, which was basically everything. There's a Veggie Burger Slider, Falafel-Spiced Chickpea Salad, a sample of the Asia Bowl (with sesame coated tofu), Hummus & Veggies & Pita, and a Artichoke Salad. 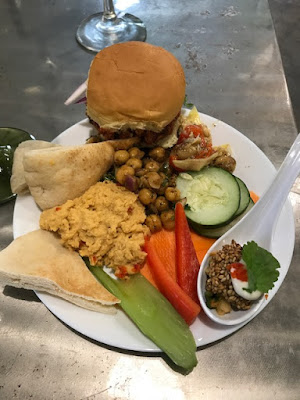 And here's a sample of the deconstructed Memphia Pita in a martini glass (because fancy party). This has smoky BBQ tofu, crispy slaw, and a little bit of pita — it's a smaller version of a sandwich they offer on the regular menu. 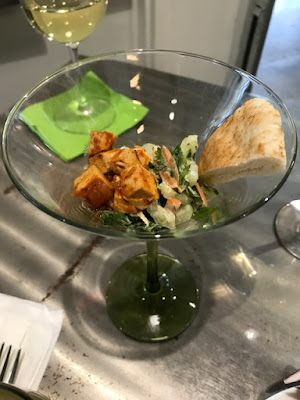 Every single thing Mama Gaia serves (down to the ketchup!!) is organic. They specialize in pitas, bowls, and salads. Plus, they have handmade veggie burgers and vegan cheese pita pizzas. Their fries are oven-baked, and the hummus is top-notch. 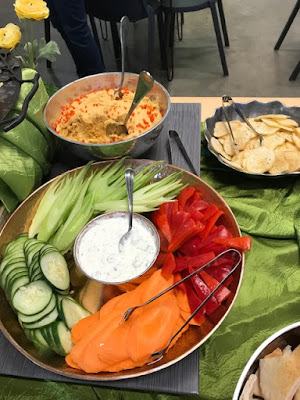 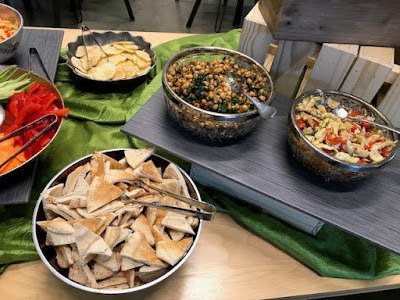 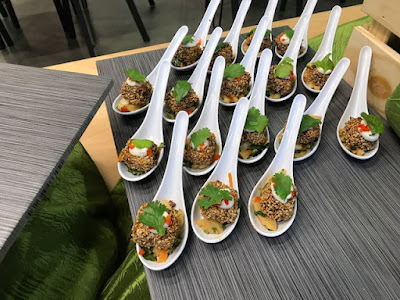 And a party isn't a party without dessert. All of these are vegan and offered in-store in bigger versions — Raw Fudge Brownie, Carrot Cake Balls, and Coconut Yogurt Parfaits. The balls and brownies are made with dates and nuts, so they're basically health food. And I love that yogurt parfait because they add jam and chewy oats. 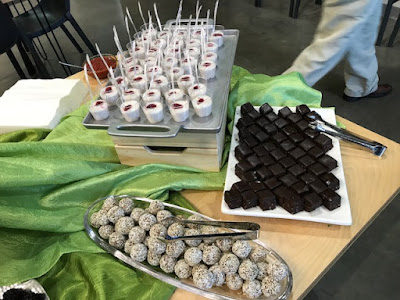 Mama Gaia at Concourse doesn't serve cocktails, but their second location at Ballet Memphis (which opened a few months after the Concourse location) does, so they gave away some of their organic cocktails at the party. This one had whiskey, lemon, and mint. Very good! 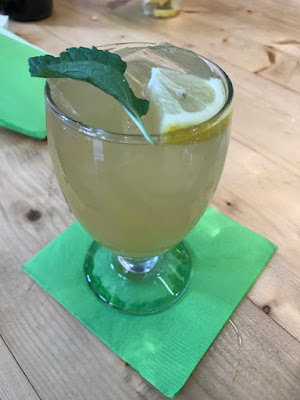 Hey local people! Mama Gaia is giving away gift cards, discounts, and merch to every 10th customer through April 30 as part of their birthday celebration. And this Thursday, April 26, they're one of the many awesome Memphis restaurants participating in Dining Out for Life, which means they're donating part of their sales that day to Friends for Life (a nonprofit that I sit on the board for, which helps people living with HIV/AIDS access crucial services).
Posted by Bianca at 9:00 PM

Wow, it's been a year already! I remember you talking about the opening! I'm so glad that it is doing so well and the food of course looks incredible.

Now that is my kind of party!! I can’t believe it’s been a year already- and how awesome they already have a second location. I really love love love success stories about new veg*n restaurants :)) i just wish i lived close enough to go there too!
Ttrockwood