Memphis is home to the newest Hopdoddy Burger Bar — a chain burger joint that has a number of vegan options, including the Impossible Burger!!!!!!! My friend Susan and I were invited to check it out on a media preview night last night.

Of course, we both ordered the Impossible patty. Look at that juicy, "bloody" plant burger! 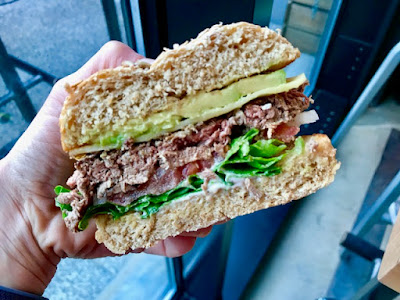 The burger can be ordered vegan-style or vegetarian. The vegan burger has Follow Your Heart smoked gouda and vegan mayo, plus you can add avocado, which I obviously did. When you have the option of avocado, you should always take it! 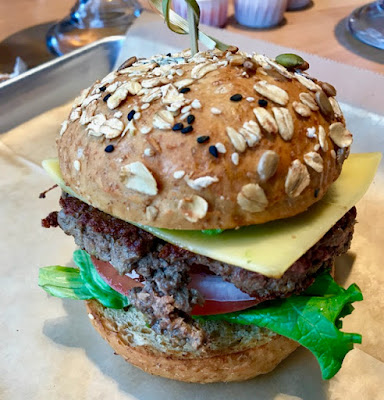 If you're not familiar with the Impossible Burger, it's a plant-based patty made from wheat protein, coconut oil, potato protein, and heme. Heme is responsible for the taste and aroma of meat and is exceptionally abundant in animal muscle. But it's a basic building block of life in all organisms, including plants. The heme in this burger is soy-based, not cow-based, and it's what gives it that "bloody" look and meaty taste. It's so good! I think it's even more realistic than the Beyond Burger, which I also love.

Hopdoddy also serves a vegan black bean & corn veggie burger called La Bandita that can be served with the vegan cheese. Not everyone would be comfortable eating a burger as meaty as the Impossible, so it's great they have a more whole foods-based option for the healthier vegans! I'd like to try it sometime, but I don't know if I could ever not order the Impossible!

Besides the Impossible Burger, we also tried two kinds of fries — the Kennebec Fries, which are made from Kennebec potatoes (a variety that retains its firmness after frying due to a low moisture content). 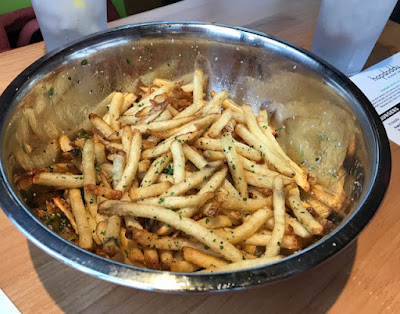 And Sweet Potato Fries! I loved both, but Sweet P fries are always my fave everywhere I go. 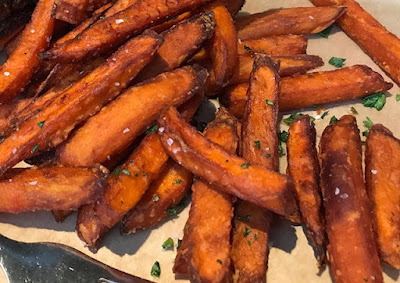 Multiple sauces for dipping — Chipotle Ketchup, BBQ Sauce, and Classic Ketchup. All made with natural sweetener (no HFCS). 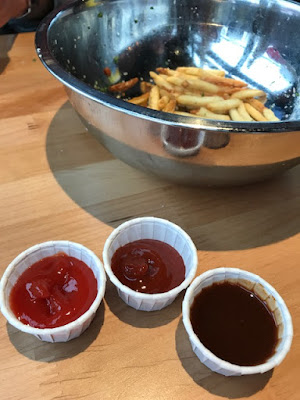 Susan and I ordered 18-ounce craft beers, which came in a goblet! I had High Cotton Scottish Ale, and she had a Crosstown Brewing Co. Traffic IPA. 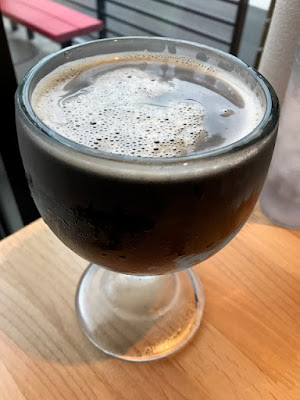 They also have a full bar. Paul ordered the 3 Whiskey L.I.T., which tasted a little like a long island iced tea. It had three whiskies, dry curacao, cola, and lime. I'm not typically a whiskey drinker, but I really liked this! 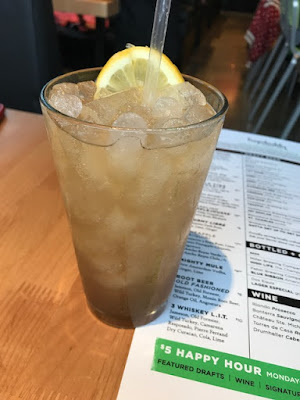 Hopdoddy is located in Overton Square at 6 S. Cooper. View the menu here.
Posted by Bianca at 9:00 PM

That looks so terrifyingly real!!!

I LOVE that more and more burger restaurants have vegan options! Those sweet potato fries would absolutely be part of my order. I’m not the beyond burger/impossible burger customer yet i’m excited both are having such success.
And yes, always yes to the avocado!
Ttrockwood

What fun options, I am glad that the vegan version of the burger has decent vegan cheese and dressing on it, rather than them just leaving those off.
And I agree with you - Always Add Avocado.