Today is the Winter Solstice, the longest night of the year and the official start of winter. But hey guess what? It may be the longest night, but starting tomorrow, the sun will go down just a little bit later. And we'll gradually have more and more daylight until, suddenly, it's spring again! God, I can't wait. I'm already through with winter, and it just started!

Anyway, Solstice is the day Paul and I exchange gifts with each other and the pets. But first, I made a little Yuletide feast. For the main, I made the Hearty Lentil & Mushroom Shepherd's Pie from Vegan Holiday Kitchen by Nava Atlas. 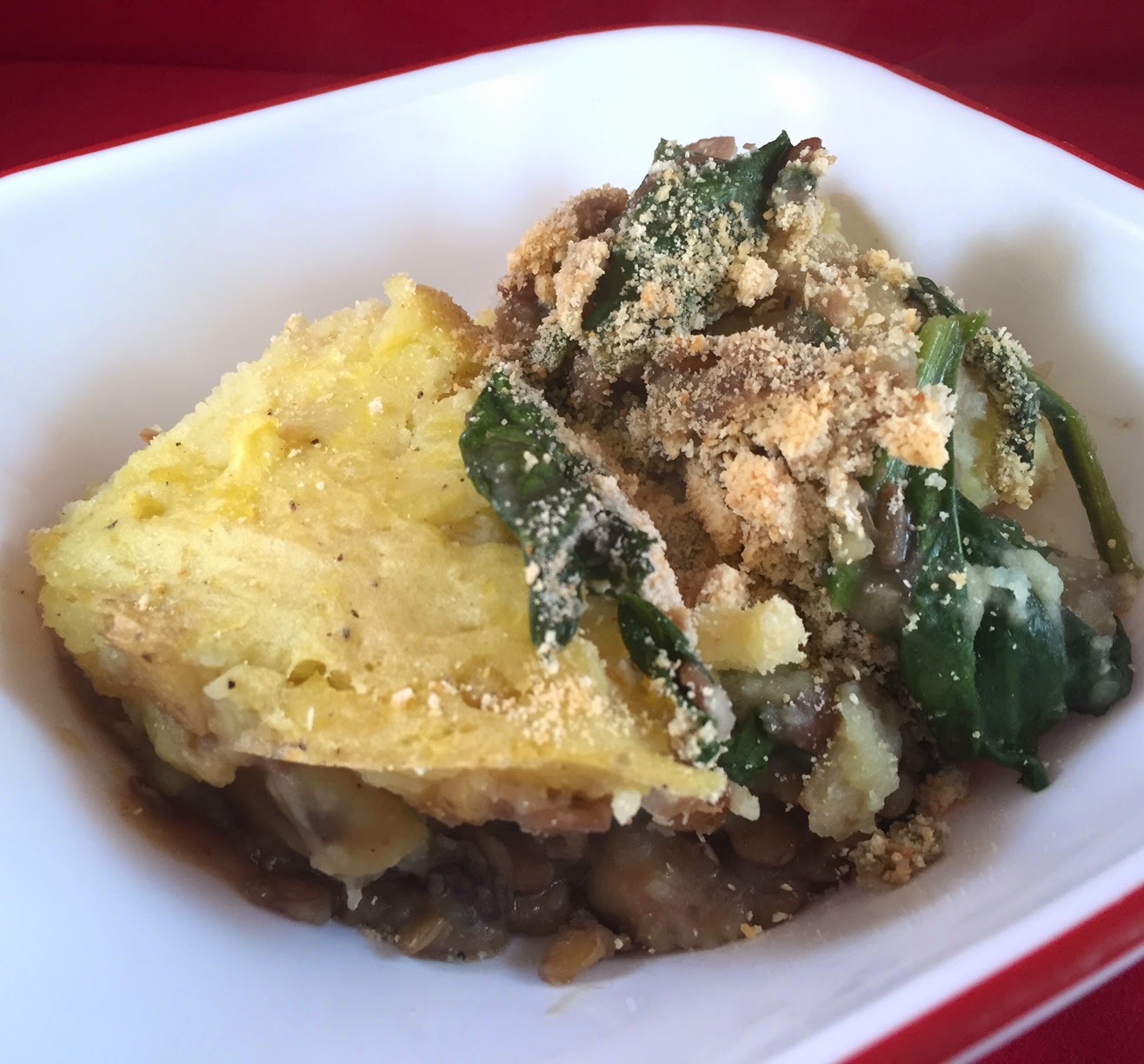 On the side, I made the Roasted Root Vegetable Salad with Citrus Dressing, also from Vegan Holiday Kitchen. 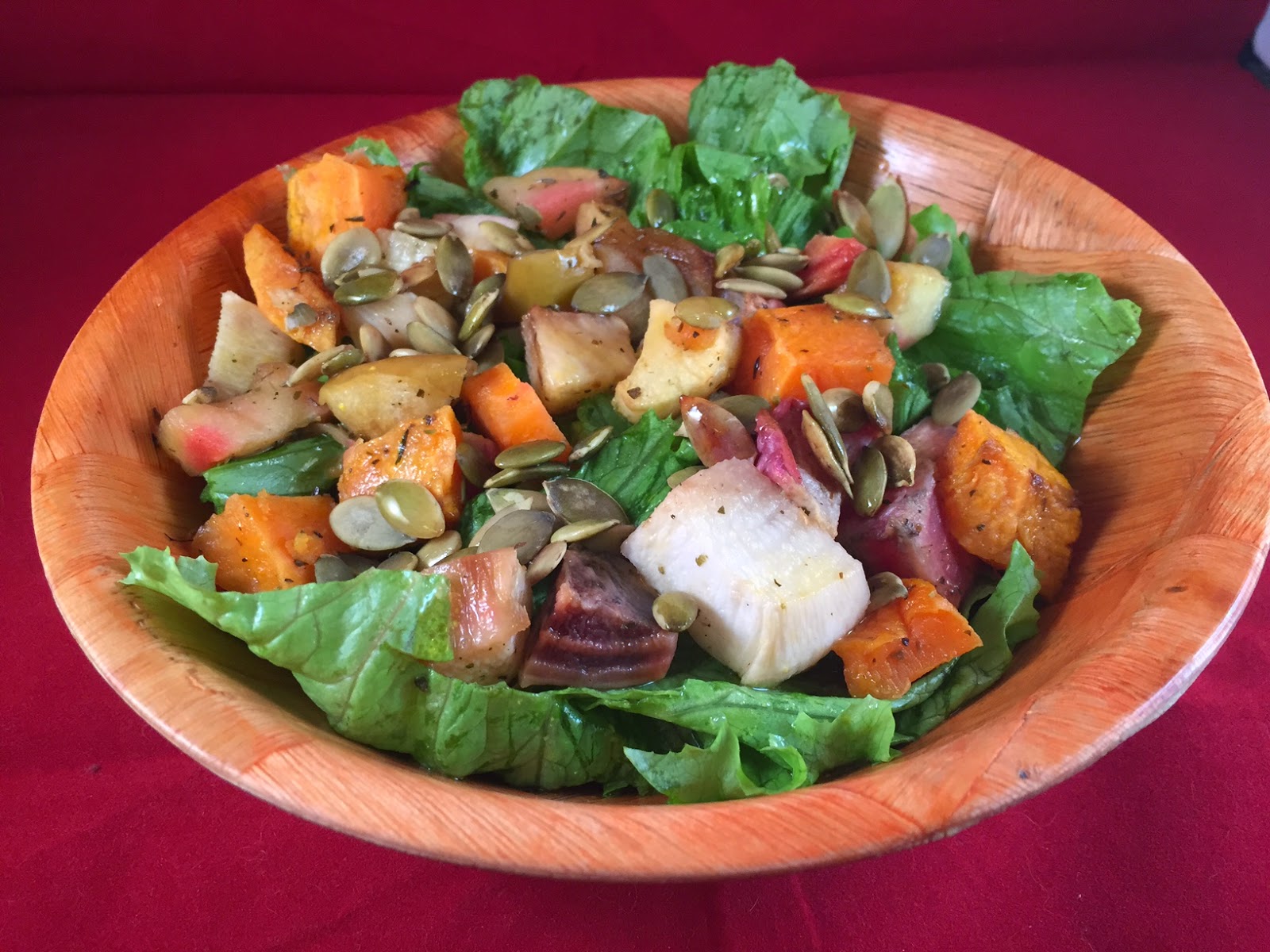 I washed this all down with mulled wine. And of course there was dessert — a Candy Cane Cupcake from Imagine Vegan Cafe. Cassi made these. She's doing all the baking at Imagine while Stephanie is on holiday in the U.K. This was super-moist and lightly minty. Just what I needed on Yule night. 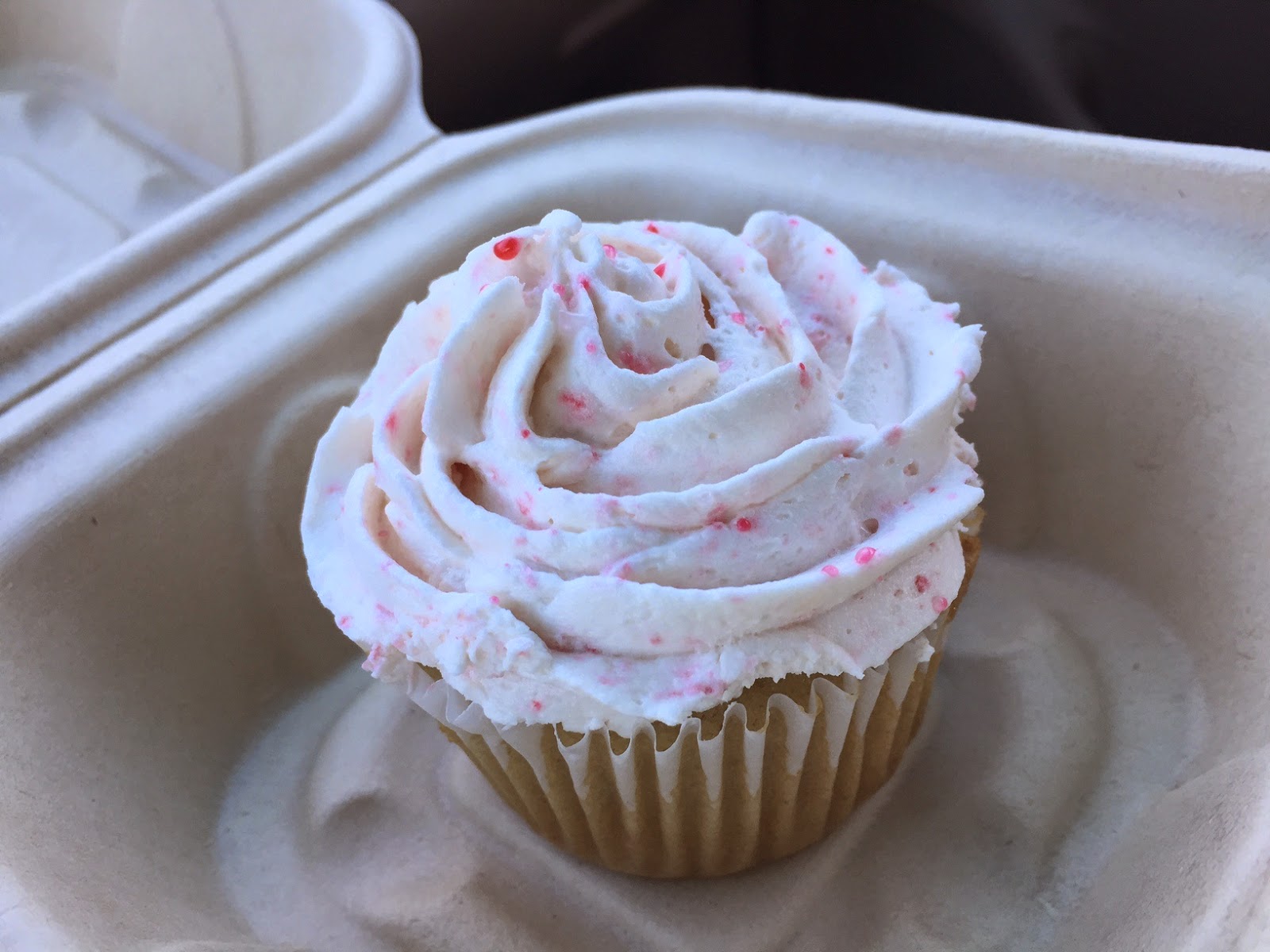 After dinner, it was present time! Paul and I got each other what we always get each other — tattoo gift certificates from our friend Babak's tattoo shop, Ronin Design & Manufacturing. I'm getting a running-related tattoo on my foot soon, but I'll save it for when I can show you the pic! 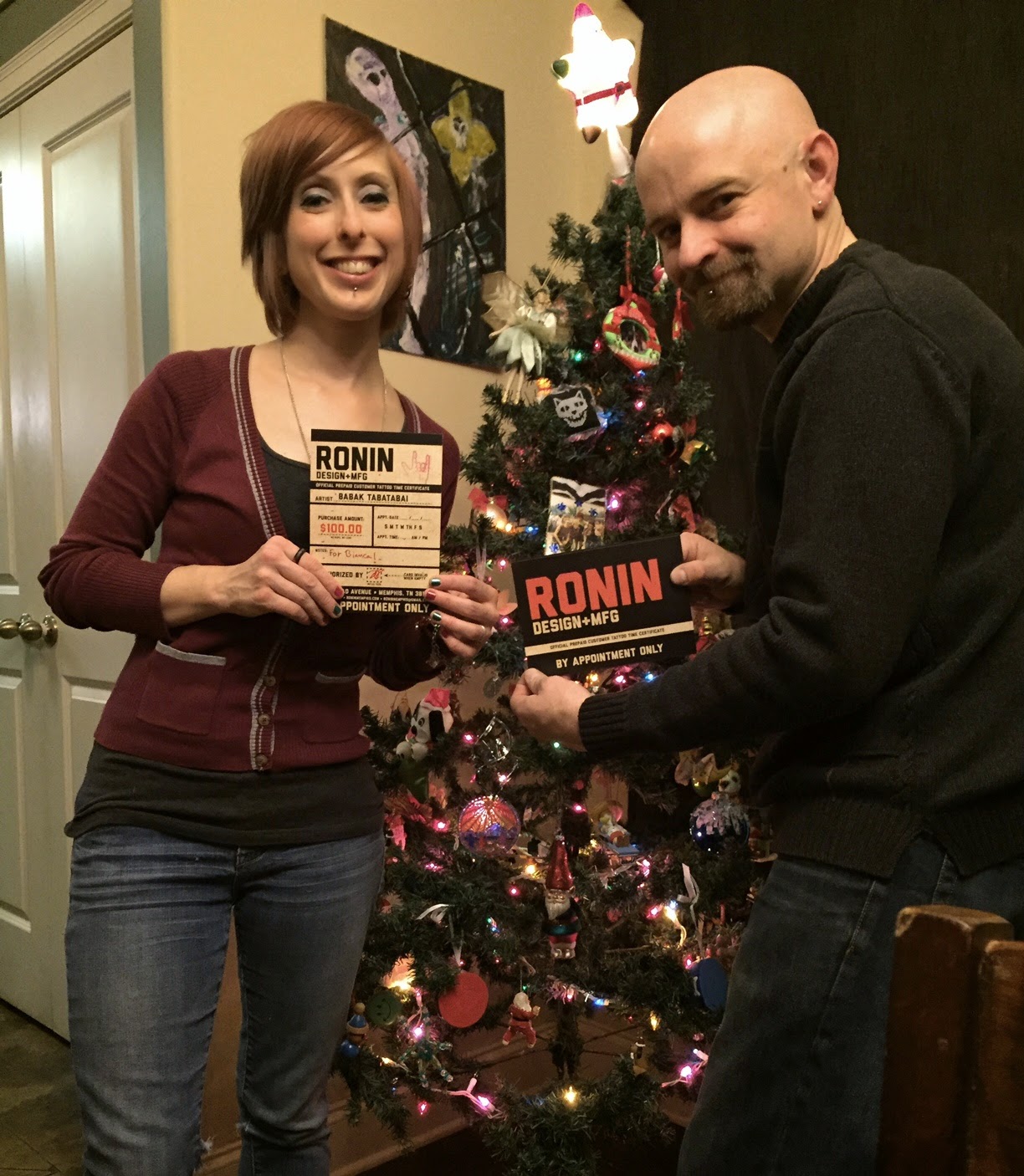 Datsun loved his new rope ball, but he was clearly distracted by another toy out of the frame. 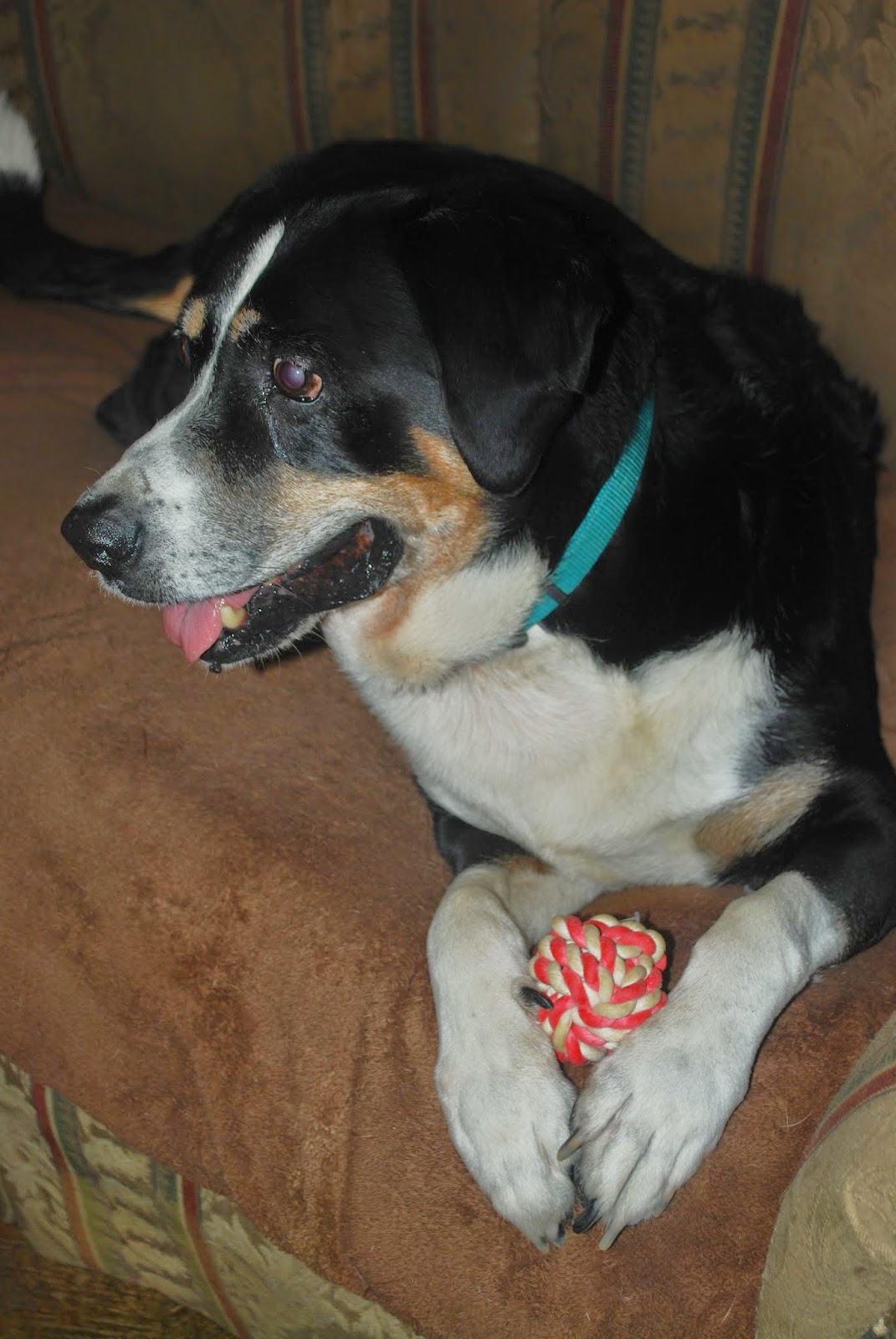 The dogs also got new Starmark Treat Dispensing Chew Balls. Maynard was working on getting the treats out here. We'll see how long these last. My power chewers destroy every toy I give them, and since they've both had stomach surgery for eating things they weren't supposed to, I really have to watch them carefully. One hole and the toy goes in the trash. But these got great reviews on Amazon! 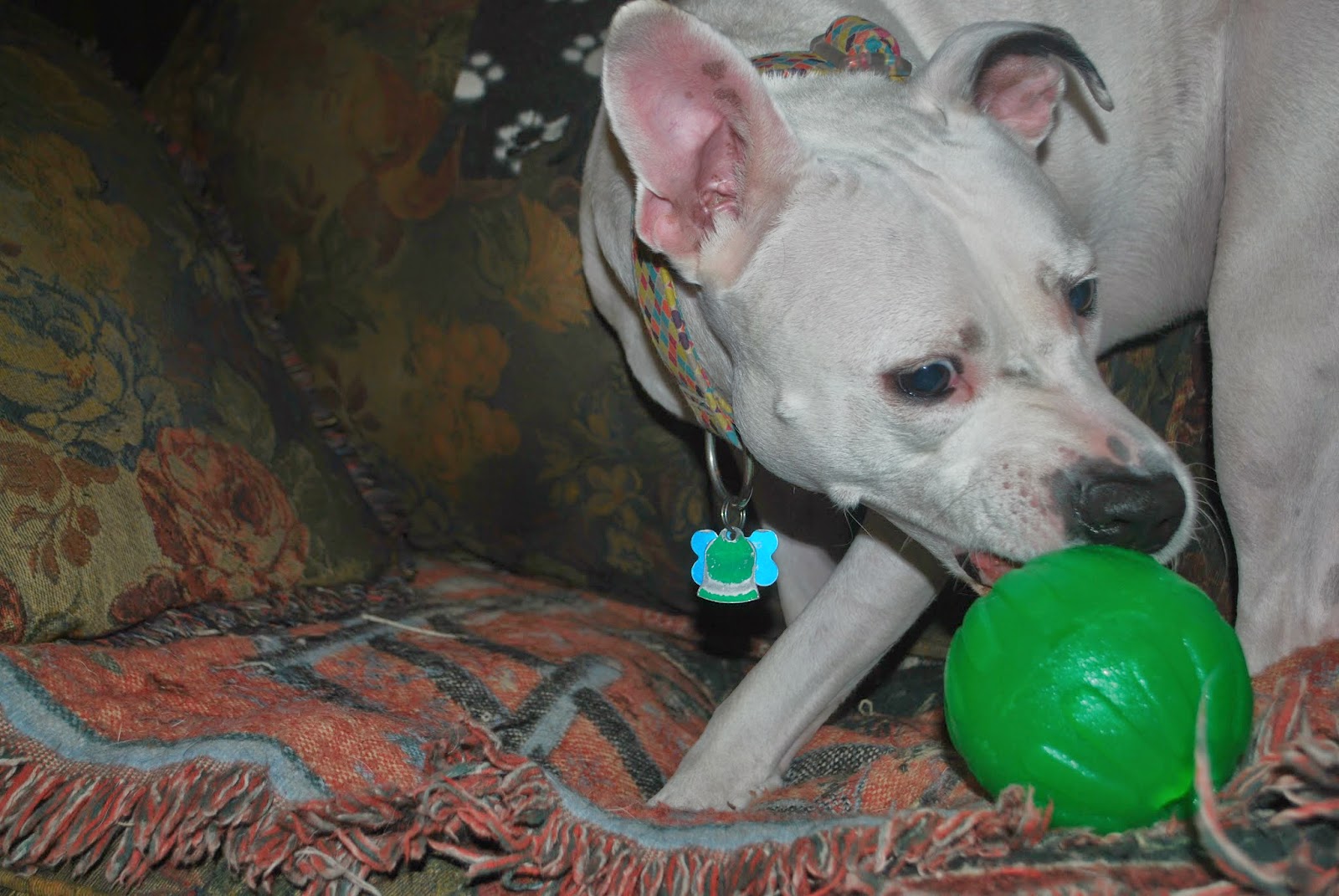 The cats got a bunch of catnip toys. Gelfing tried to eat his catnip pillow. 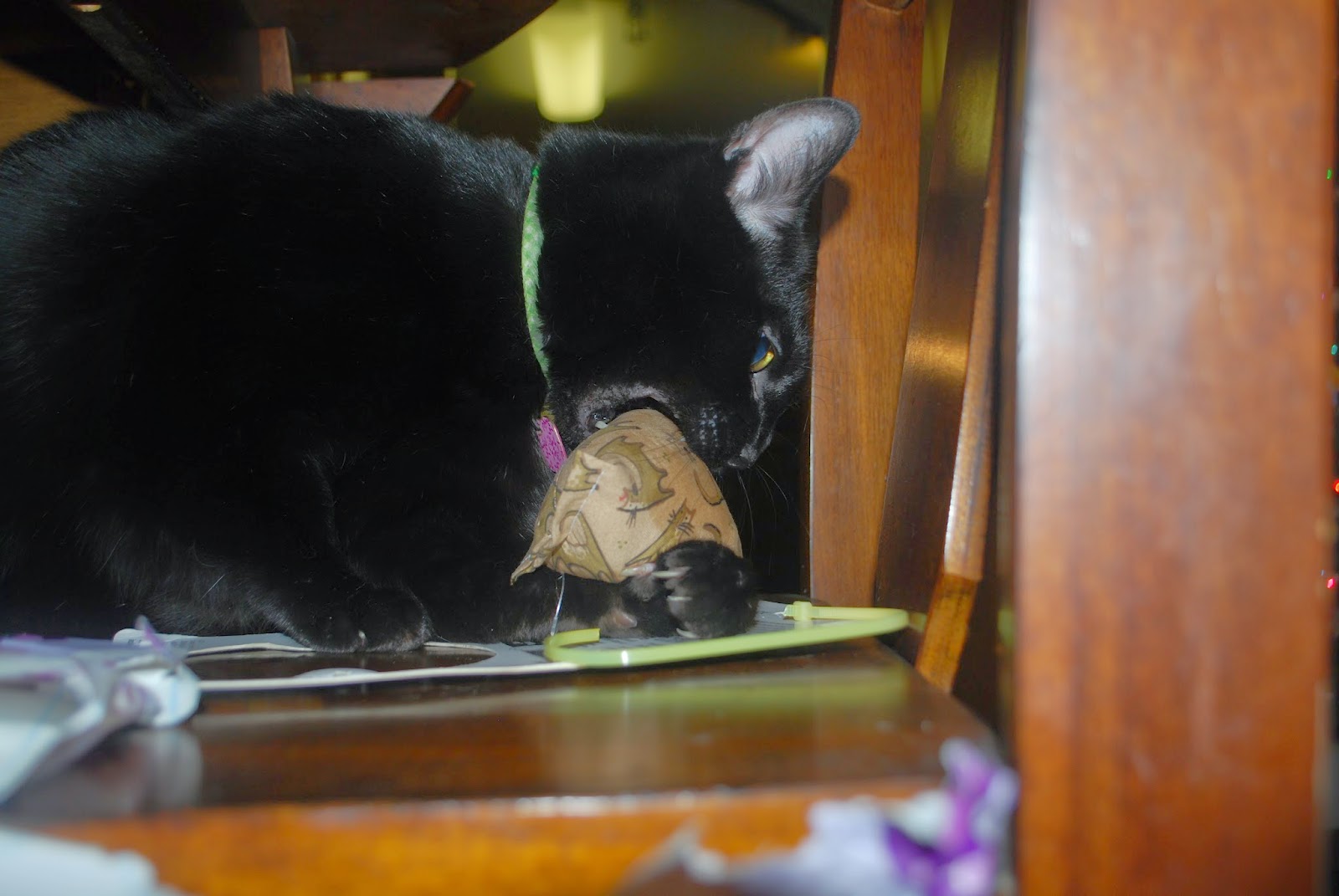 And Polaris chewed a hole in his immediately. 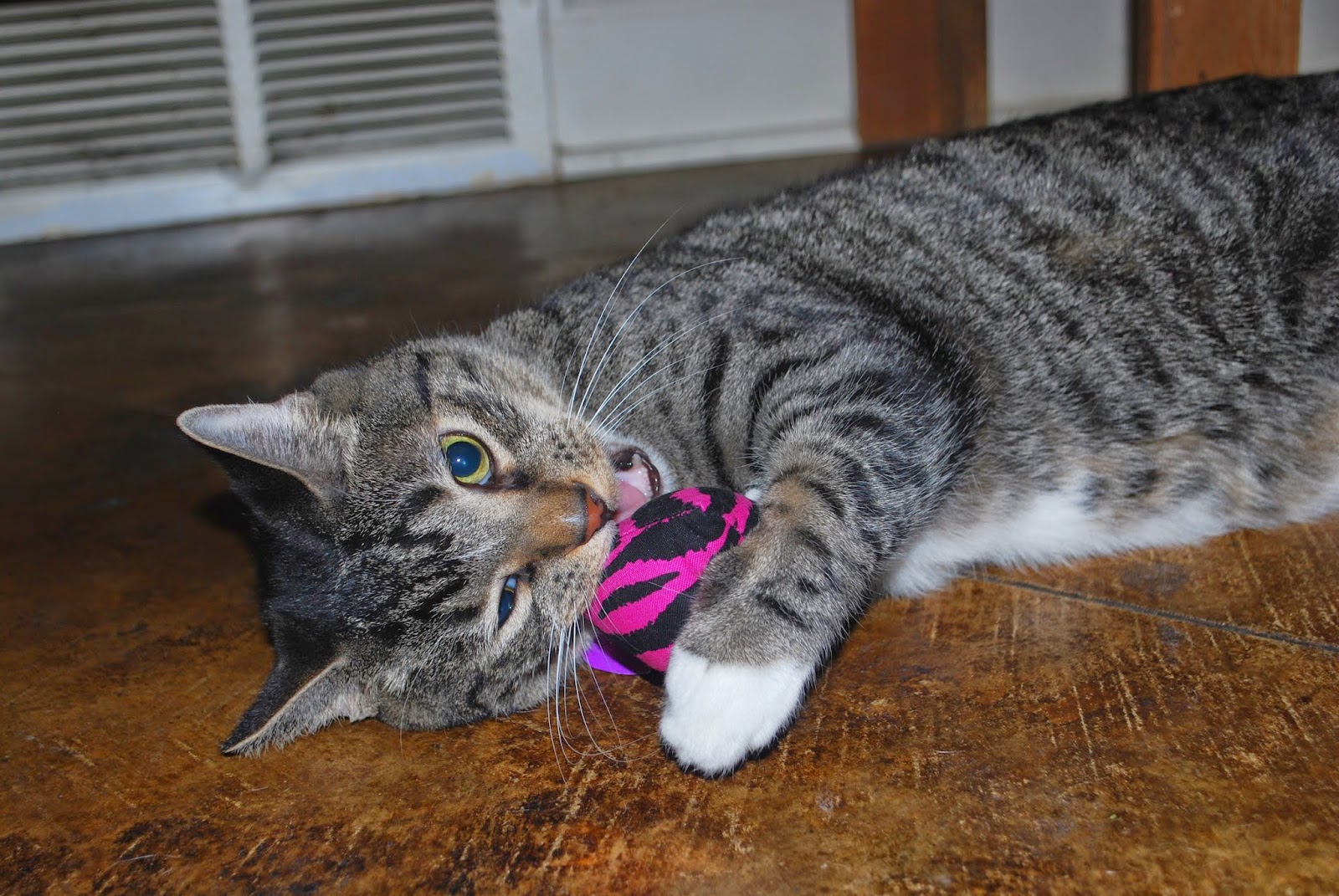 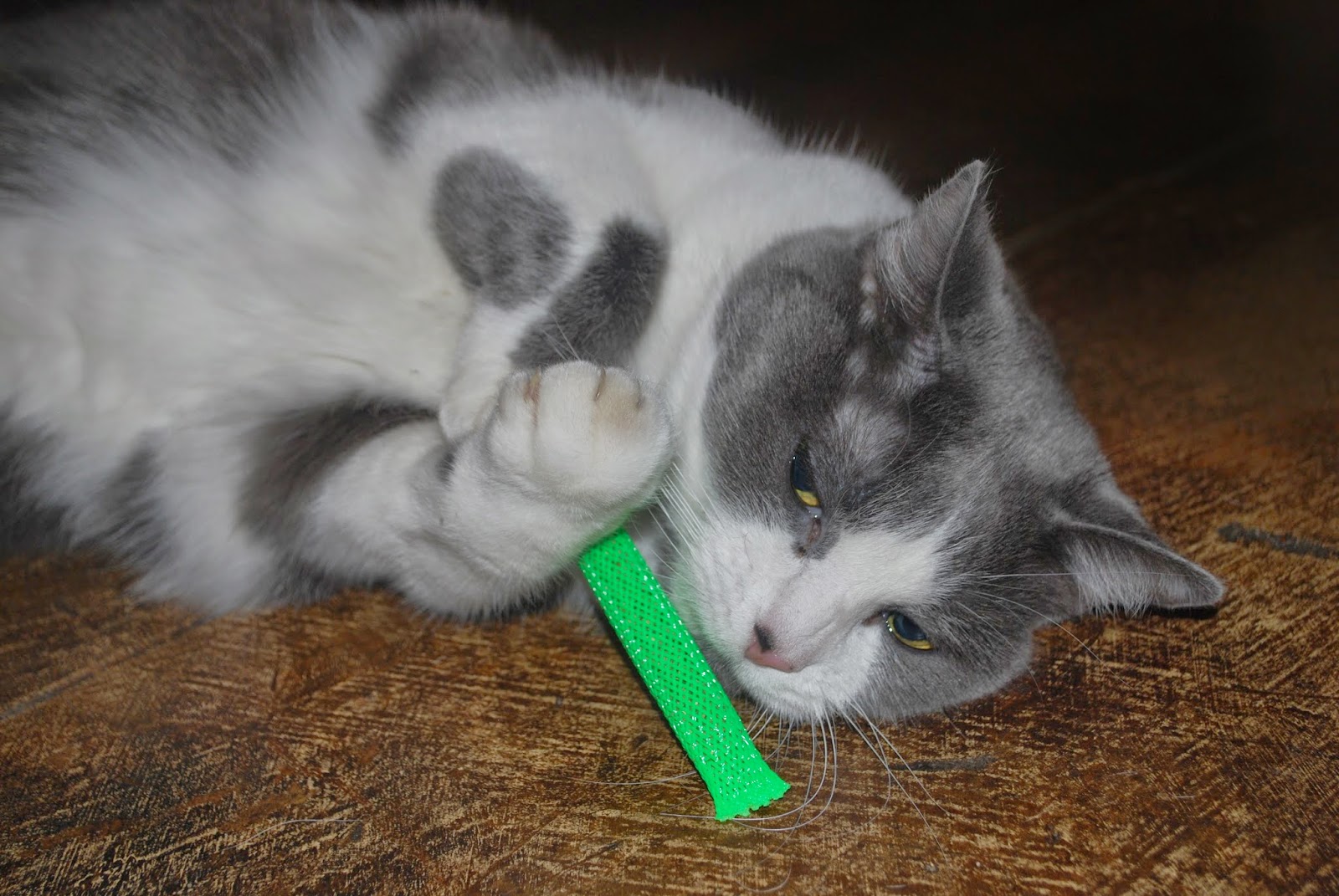 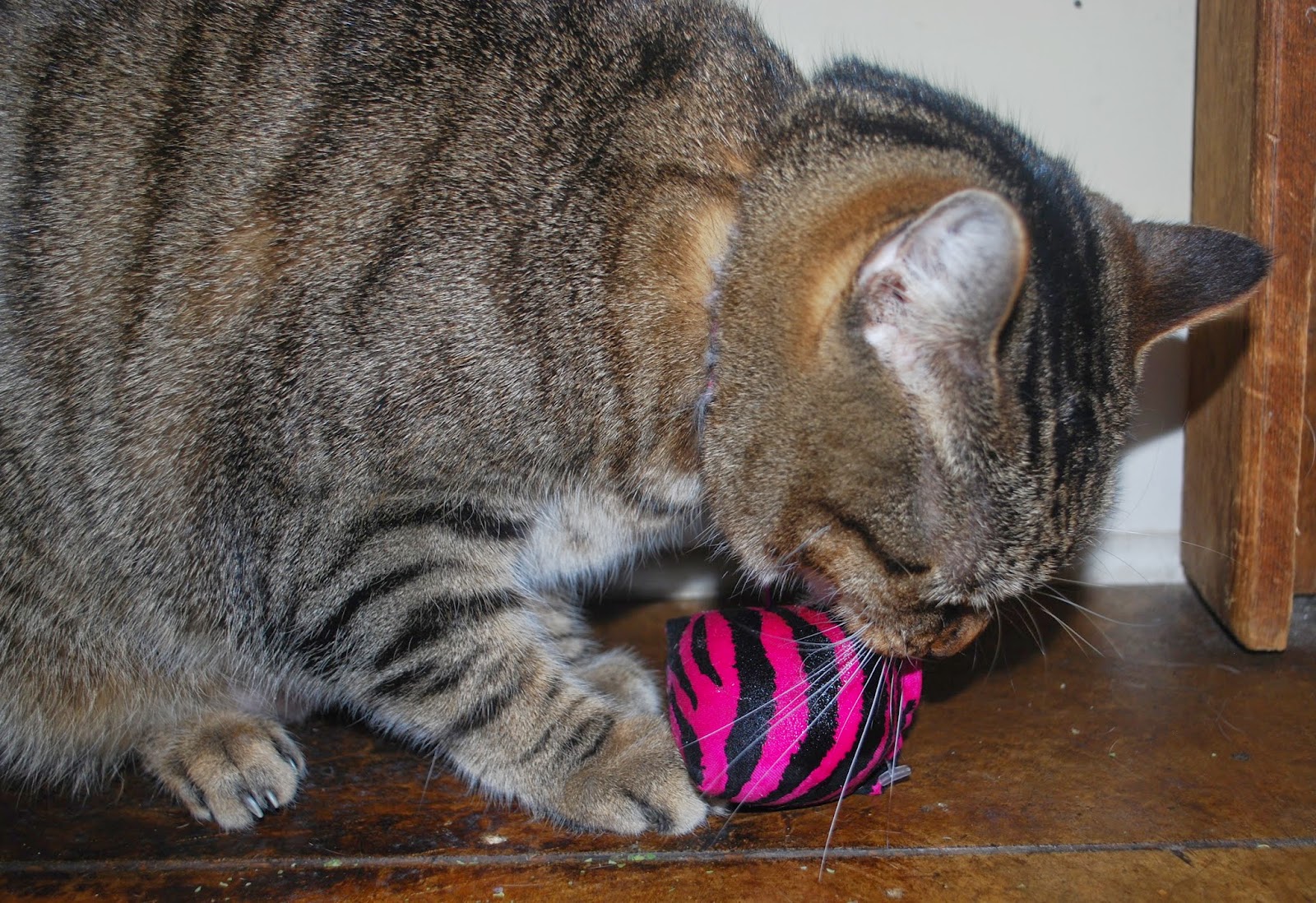 This Seymour. He's special. He's afraid of EVERYTHING so he lives on top of a set of cabinets. Never comes down. Eats there. Sleeps there. And yes, he has a litter box there. Anyway, we don't see him play often. But he got really into this catnip mouse. No idea what that brown spot is. Gross and mysterious top-of-the-cabinets stuff. 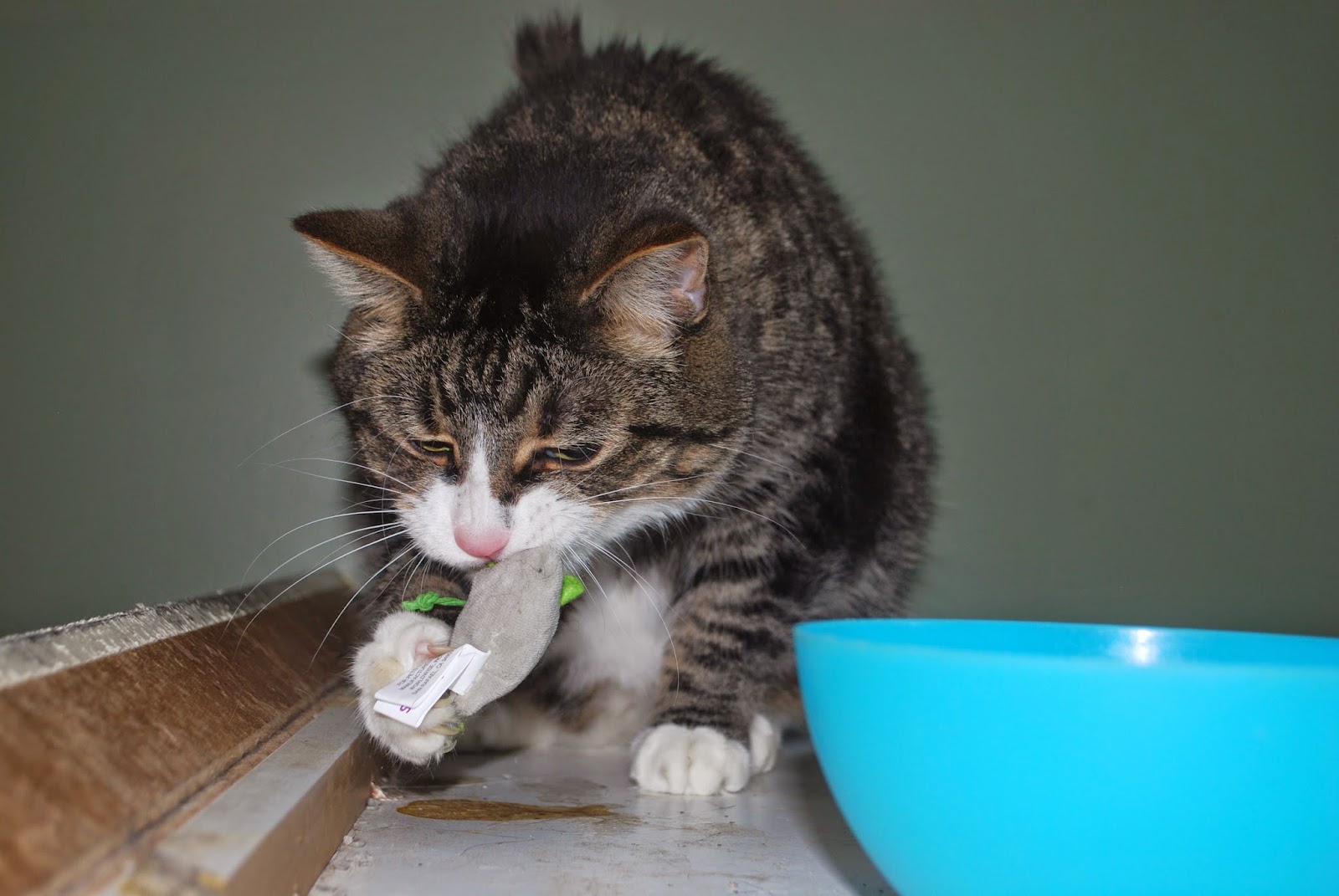 Akasha is unpictured because he refused to celebrate Solstice this year. Bah humbug! He stayed under the couch the whole time, completely uninterested in playtime. And Herman the squirrel lives outside at night. He came in several times this morning to get pecan treats though!

Hope you had a Happy Solstice today!
Posted by Bianca at 11:02 PM

Oh, Seymour, I feel you, baby! If the world would just let me, I would totally be a top-of-the-cabinets cat. Your babies are all just too cute and look to be really enjoying their presents. Thanks for sharing the pics!

Happy Solstice!
A tattoo gift certificate is an awesome idea.

Ummm... I was really hoping that Herman was given (and modeled) some kind of little outfit. VERY disappointed! :) I love your babies though, they're all so cute!

Oh Seymour steals my heart!! Love him. Sweet kitty. All of your furbabies look super happy with their new toys! I wish Ellie cared about toys or catnip, but she does not. She only cares about treats, haha.

And, thank you for all of the vegan recipes that you have posted for 2014.

Happy solstice to you as well!
We just celebrated summer solstice, so while your days are going to get longer mine will start getting shorter.
Love the kitties getting into their catnip.

Tattoo gift certificates? That's awesome! :) And, your babies are so cute! This is the first time I've seen most of them.