It's nog time!! Growing up, I never had real egg nog because my parents told me it was gross. I missed out on a lot of things for that reason — pumpkin, winter squash, and all kinds of seafood. But later in life, when I finally tried pumpkin and hard squash, I realized that both were freakin' delicious. But as for egg nog and seafood, I'm pretty grateful that I never tried those. The less meat and dairy in my childhood, the better, right?

After going vegan, I quickly learned that I loved vegan egg nog! It's got all the good stuff — cinnamon, vanilla, nutmeg — without the eggs. I never allow myself to have nog until the day after Thanksgiving, and nog season officially ends on New Year's Day. And when I enjoy a glass during the proper season, I typically spike it with spiced rum, like you do.

But sometimes, you want nog right after a long run, early in the morning before work. And spiked nog might not be the best idea. Enter the Vegan Holiday Nog Protein Smoothie! 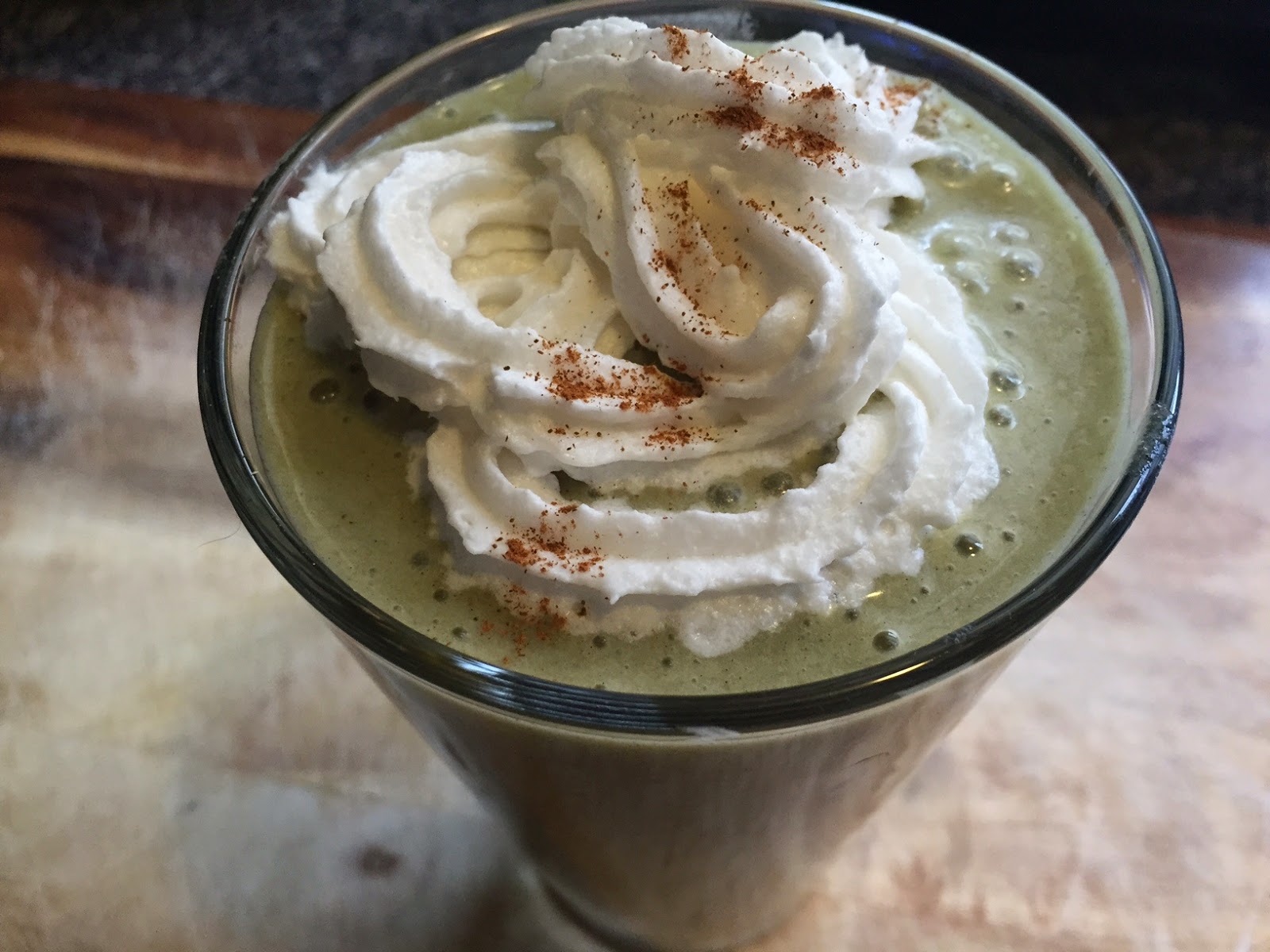 It's perfect for post-run muscle recovery. It's filling enough to serve as a weekday breakfast. And it's freakin' delish. For this one, I used So Delicious Coconut Milk Nog, but Silk Soy Nog or Califia Farms Almond Milk Nog would work as well. The Vega One Vanilla Chai protein powder is perfect for this because it has the same nutmeg-y flavors as the nog.

I had one earlier this week after a run, and I'll definitely have another after Saturday's St. Jude Half-Marathon! I've been training all year for my first half (since dreams of finishing a half last year were squashed by a broken foot), and knowing this smoothie awaits me will get me to that finish line.

Add the nog, milk, banana, protein powder, and ice cubes to a blender. (If using a Vitamix, set the blender to the "smoothie" setting). Blend until smooth.

Pour into a glass and top with Rice Whip and sprinkle with coconut milk. If you're not headed into work, hell, throw in some rum too.
Posted by Bianca at 9:37 PM

My parents tried to make me eat seafood when I was small and it was gross! Once I took a bite, they left me alone on it. Hahah And I haven't had eggnog in ages.
I love how you switch it up and turned it into a healthy benefit.

You just reminded me that I haven't had my first glass of vegan nog yet! Good luck Saturday!!!

Just had my first glass of vegan nog last night! Best of luck in your race!!! You're gonna rock it!

Hey! I kept an eye out for you at the race yesterday but never spotted you. I sent a text to the number you gave me a few months ago--I was gonna see if you'd like to join me for lunch. I finally got to go to Imagine! Looooved it.