Tonight was the last Vegan Drinks meetup of the year, so we decided to class things up a bit and go to a fancy joint. We met up for cocktail hour at Ecco on Overton Park, just a few blocks from my house! I'd have walked there if it wasn't so damn cold outside.

We had a nice turnout this time. Vegans just kept pouring in, and we had to keep moving tables together. We even had one couple show up kind of late, and the whole restaurant was full! So they ended up going somewhere else instead of waiting for an open seat. We've never packed out a joint quite like we did tonight. 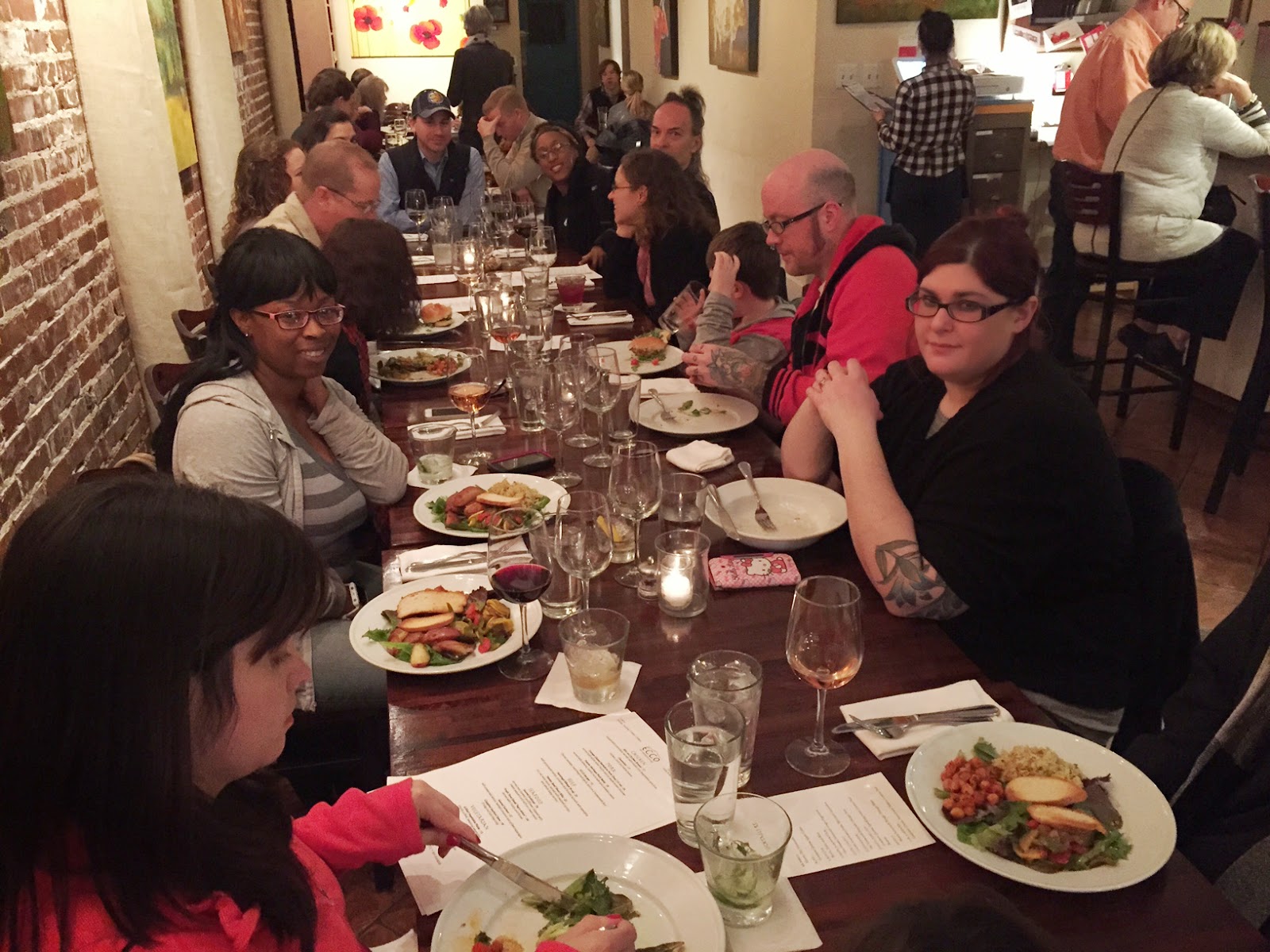 When we arrived, I had to get our server to explain some of the fancy, big words on the cocktail menu. But I finally settled on a Capri Classic — Cocchi Americano, soda, mint, and cucumber. 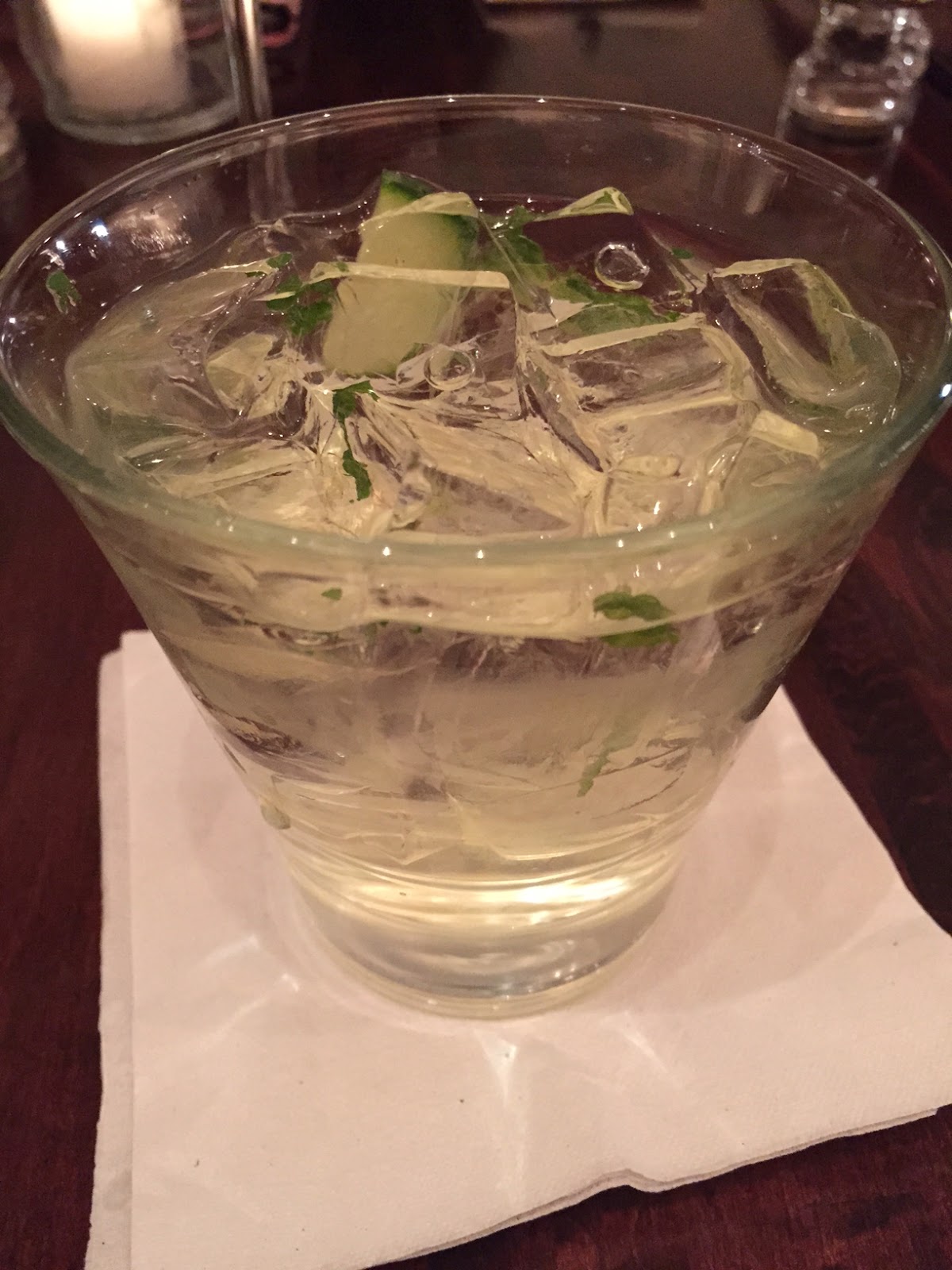 It was light and refreshing, and I was totally happy with it. But when Cassi got her drink — the Conductor's Cup (Gentiane Quina, sparkling wine, lemon peel, and berries) — she wasn't crazy about it. I took and sip and actually preferred hers over the Capri Classic. So we swapped. 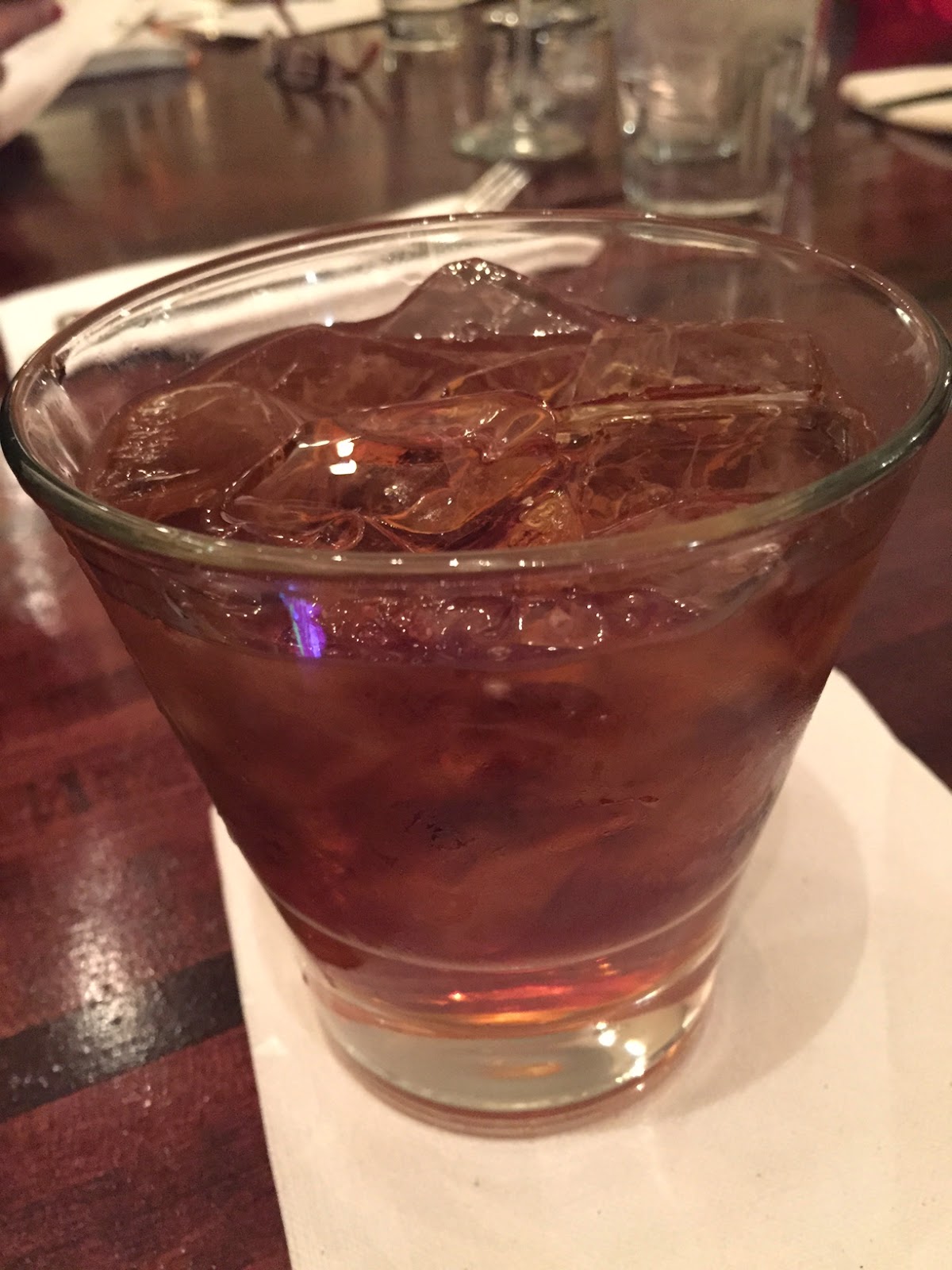 I didn't get pics of everyone's drinks this time, but most ordered something similar. For my second drink, I went with the red wine that was on happy hour special.

Ecco has a few vegan dishes on the regular menu (a quinoa salad, a couple veggie plates), but tonight, they made some vegan tapas just for us! There were Italian Chickpeas, Roasted Potato Wedges, Lemon Basmati Rice, Zucchini & Squash, and Mushrooms. We each got to pick three. Here's my plate. 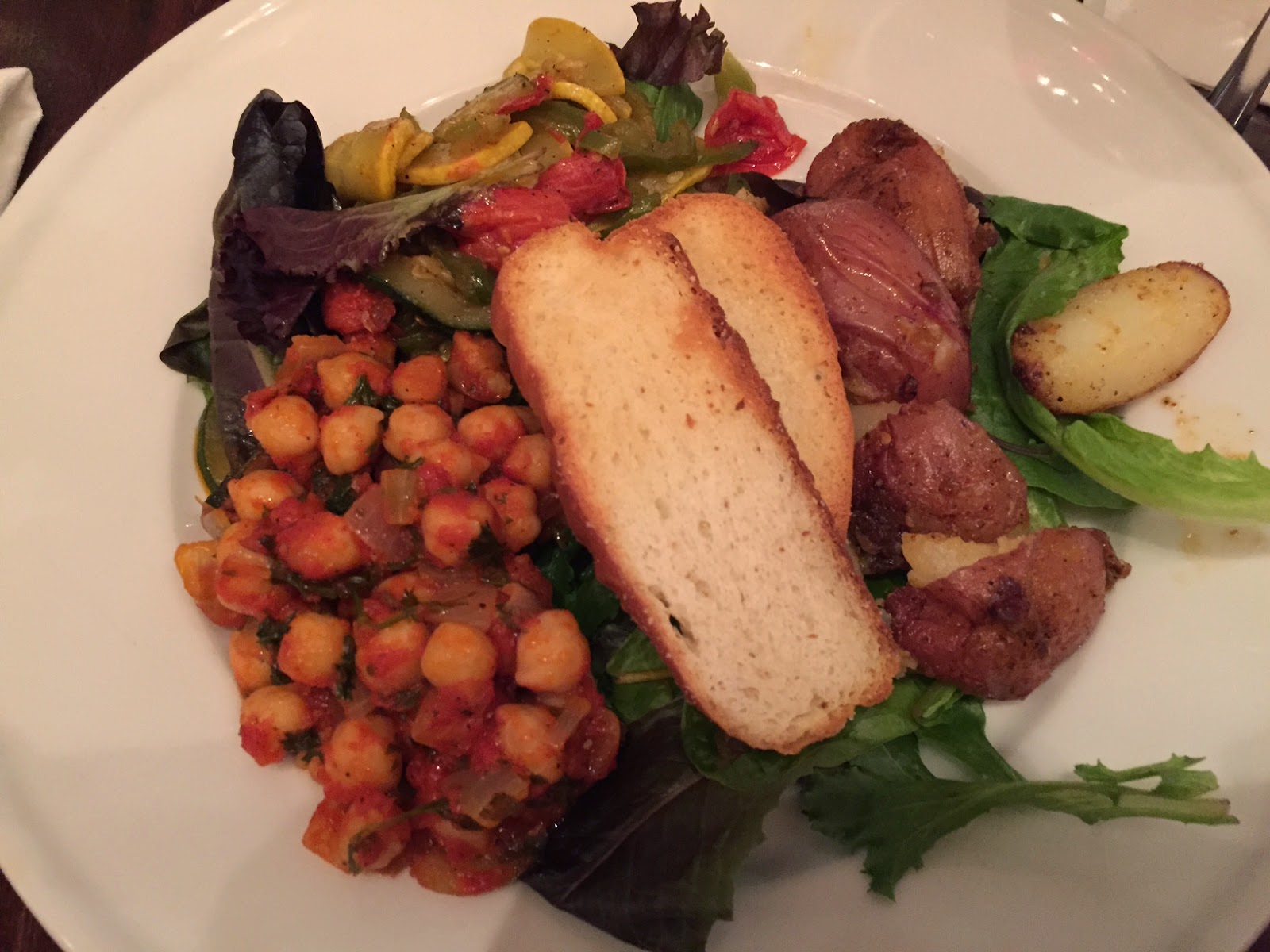 And here was Cassi's plate. 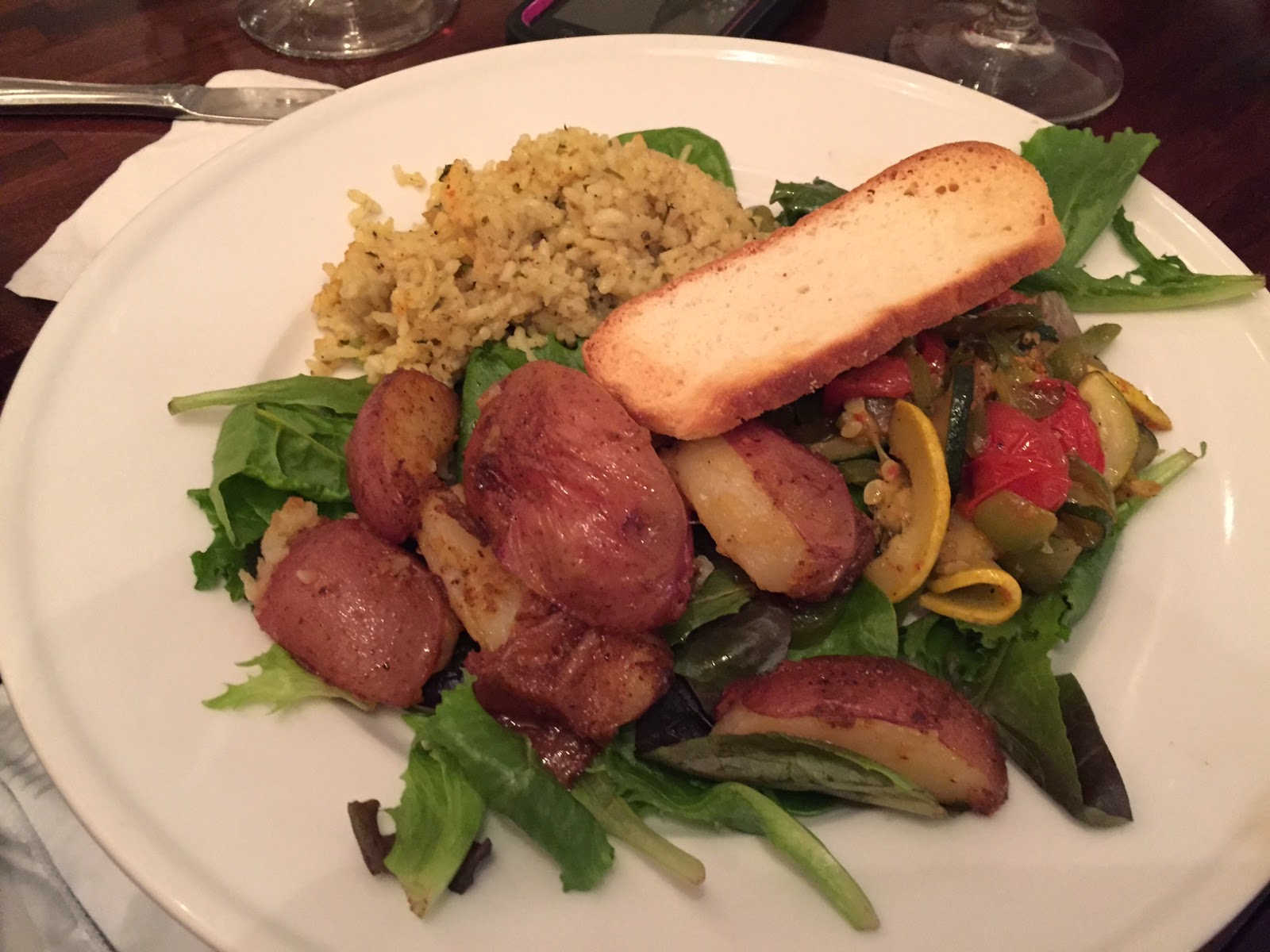 I think most everyone at our table went with some combo of the vegan tapas offerings. The food was lovely, and it felt very fancy compared to our usual bar & grill meetups. One more year of Vegan Drinks has gone by! We'll do it all again in January!
Posted by Bianca at 9:45 PM

Those chickpeas were soooo yummy! I also got a drink that I liked... I think it was called the "L'fiche" or something like that. Byrrh, tonic, and mint? It was yummy! Thanks for another great Vegan Drinks night, Bianca! --Susan