I've got a random hodge-podge of meals and vegan desserts to share tonight. Since I've got a ton of pics, I'll keep the words to a minimum.

I was inspired by my pal Dana from Vanishing Veggie to create some Breakfast Stacks this week — whole wheat English muffins, baby spinach, tofu eggs, avocado, and sriracha. The tofu was cooked in Vegg powder mix to make it taste like eggs. 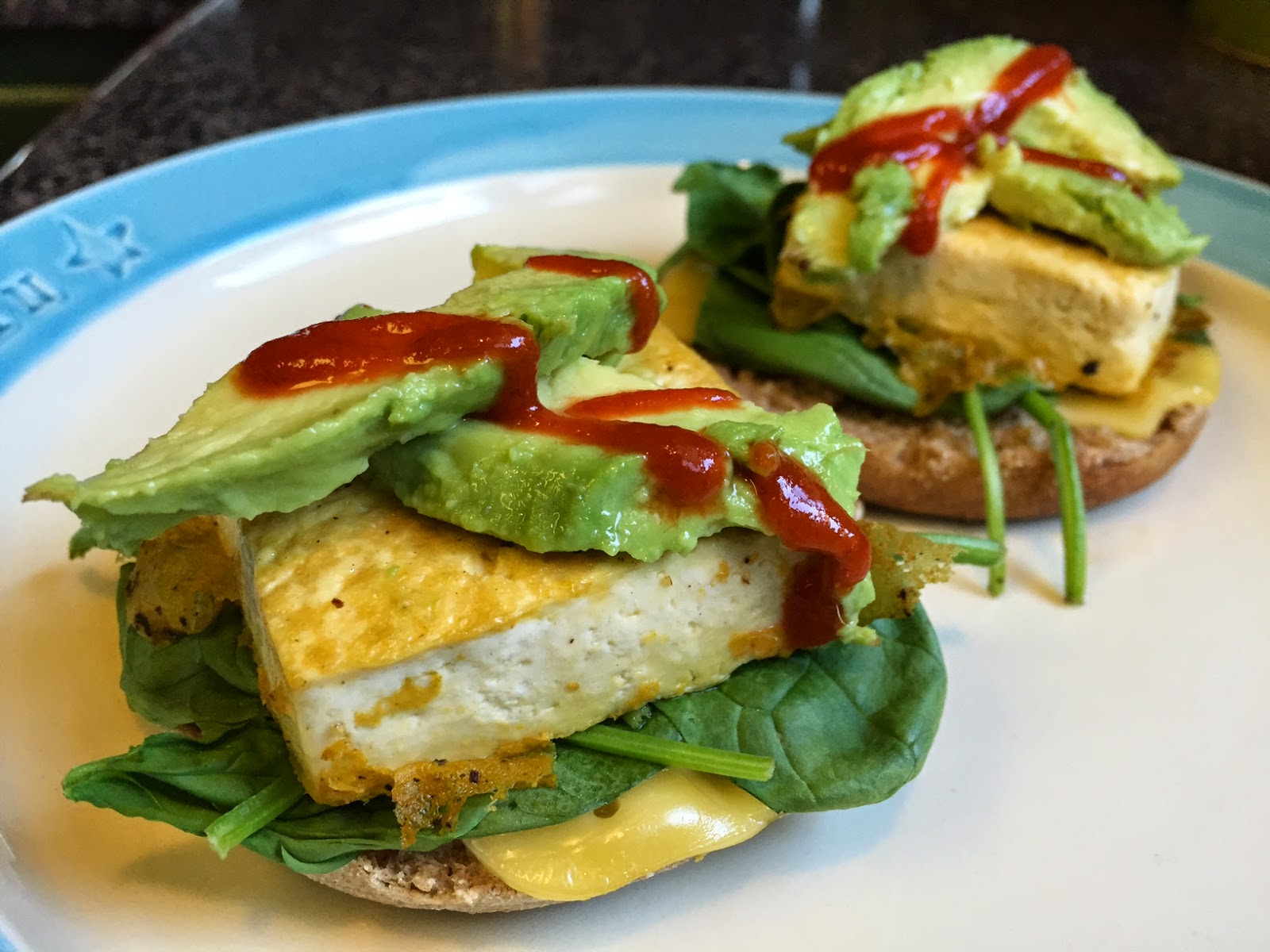 Last week, I made Tonya's Brown Rice Breakfast from The Garden of Vegan. An oldie but a goodie. Sprouted grain toast topped with brown rice, tofu, flax oil, Bragg's, and ketchup. This time, I used some leftover Tofu Sausage from The Lusty Vegan that I had in the freezer. 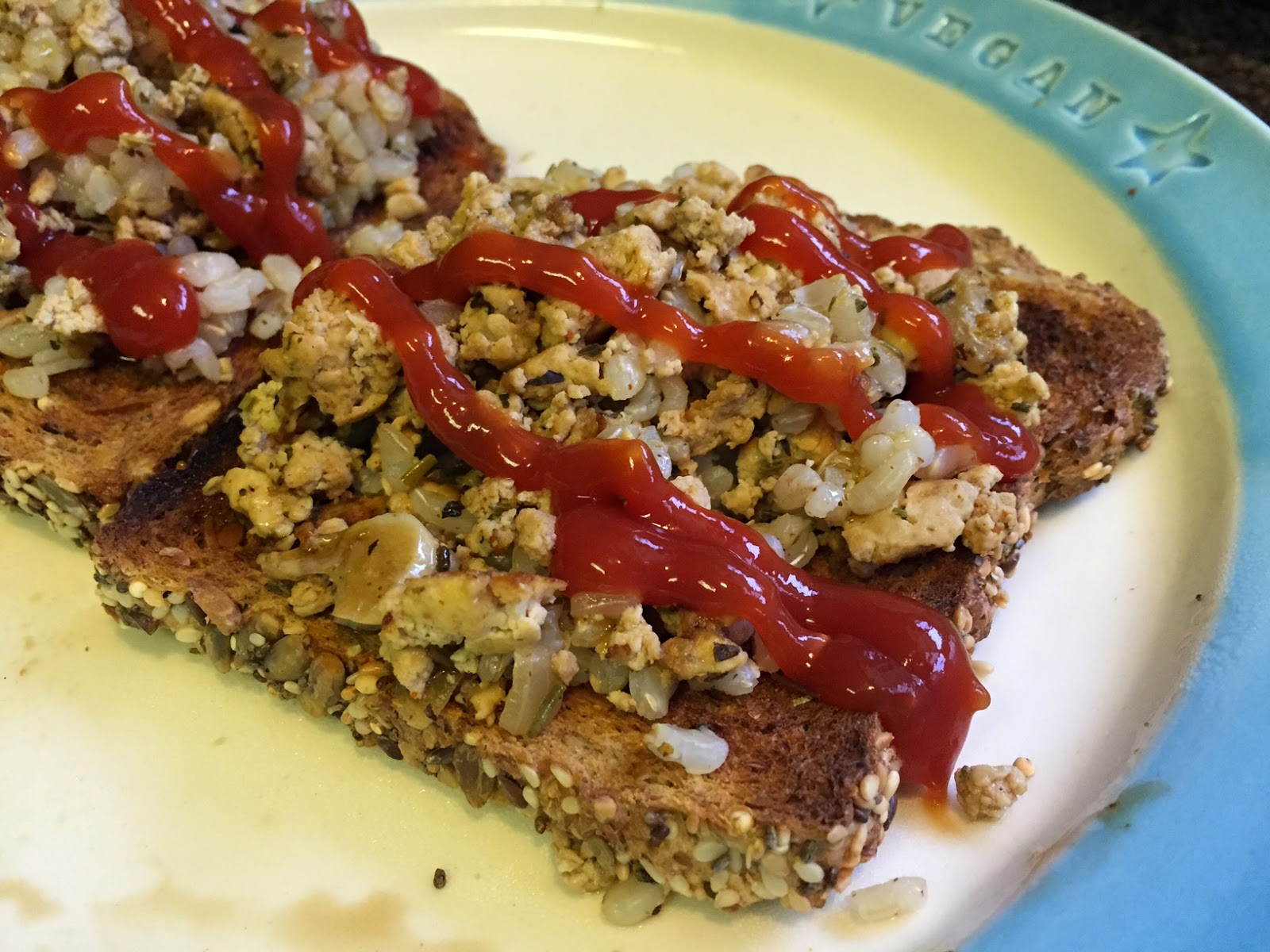 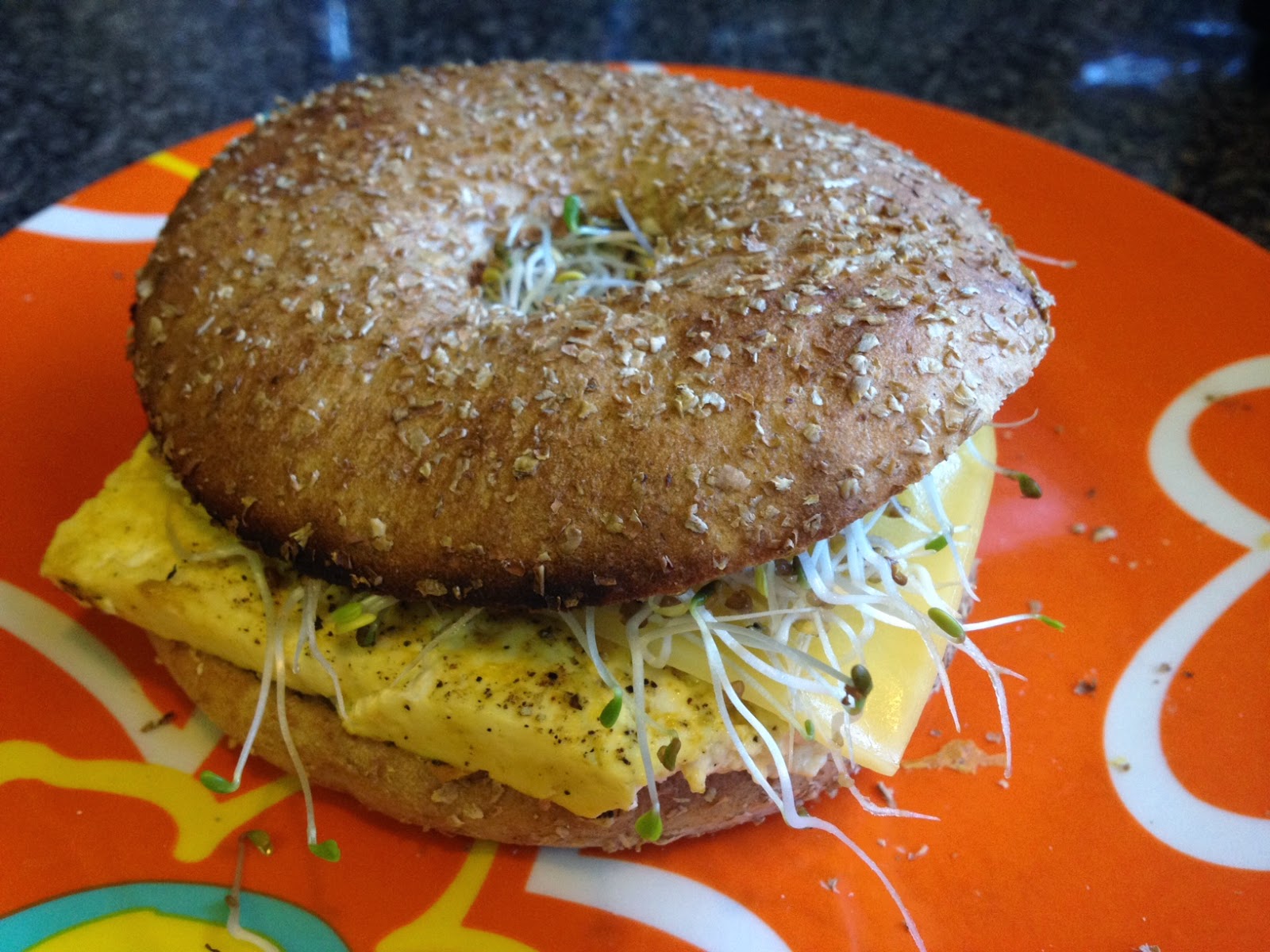 And one day, I had this AMAZING Sweet Earth Big Sur Breakfast Burrito. LOVE THESE! I buy them at Target. This one has roasted peppers, potatoes, smoked seitan bits, and seasoned tofu. 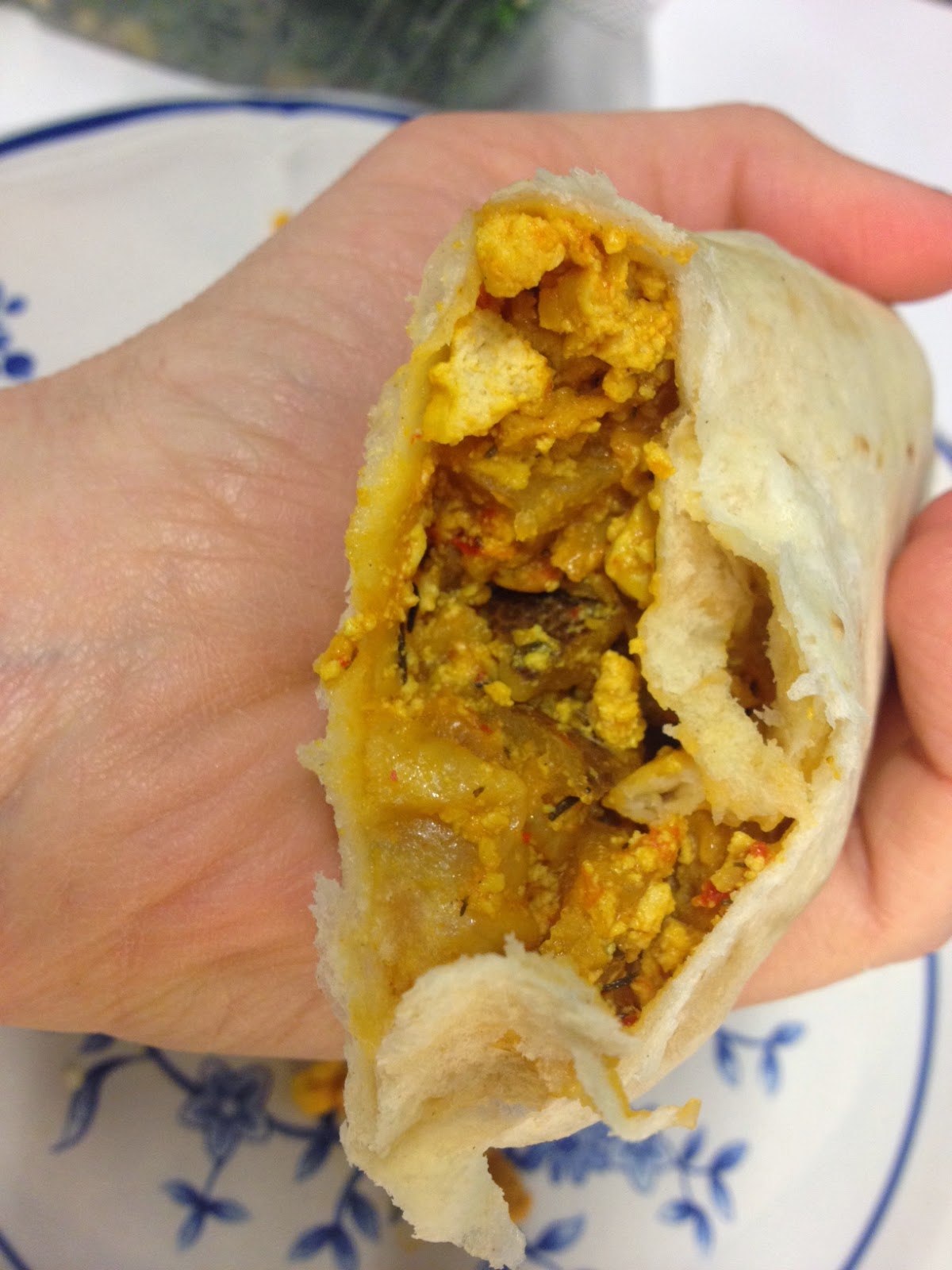 Speaking of breakfast, last Sunday was Stephanie's last day in the U.S. before her month-long holiday trip to the U.K., where her husband's family lives. We had a farewell brunch at Imagine Vegan Cafe, where I had a slice of the Pumpkin Sausage Tofu Quiche that Stephanie baked to sell there. She bakes all their desserts and their quiches. On the side was a salad with vegan ranch. 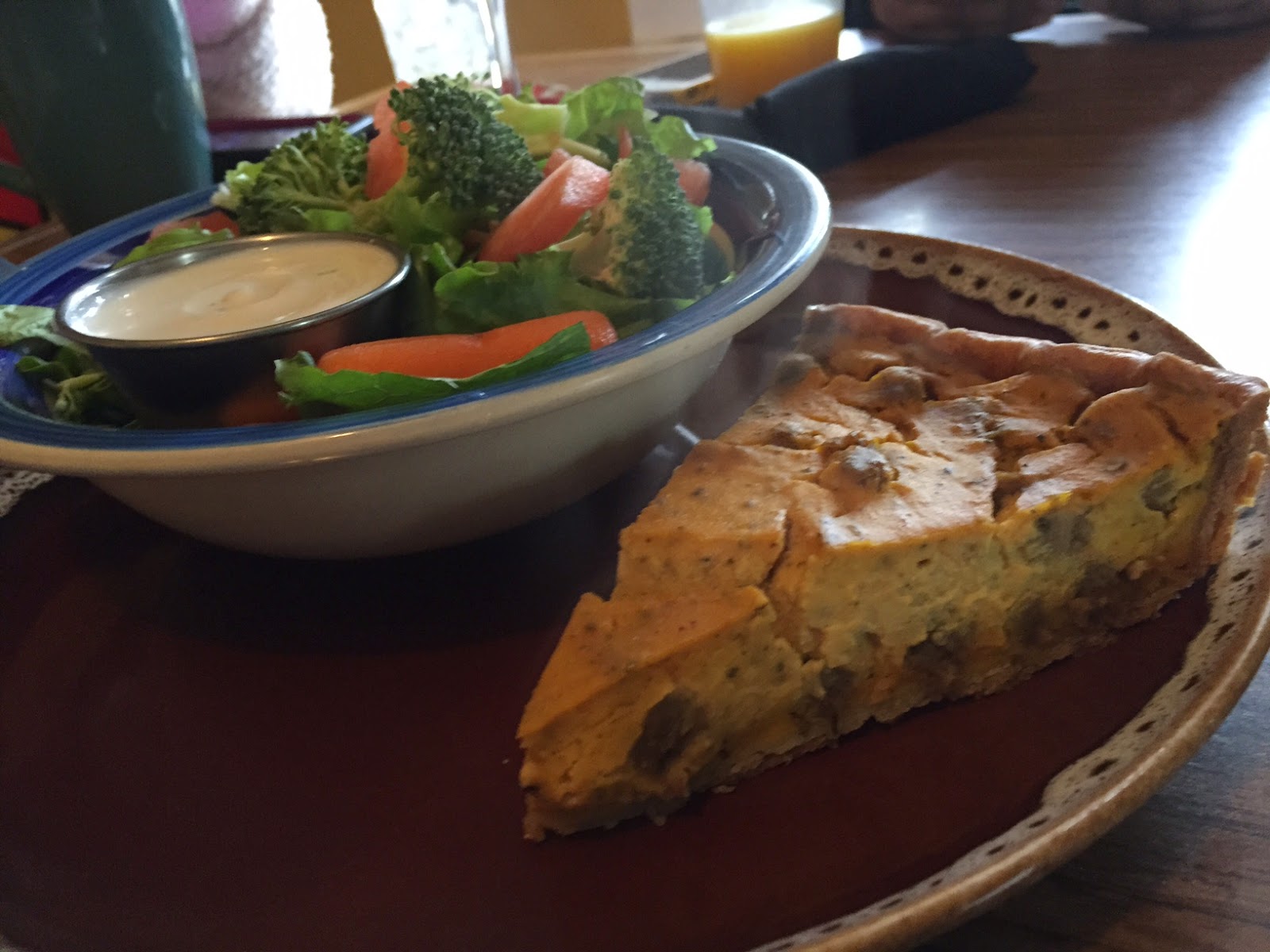 After I ate my quiche, I had to have one last Cinnamon Roll (also baked by Stephanie) before she left. I'm sad that there are no more cinnamon rolls at Imagine until January. 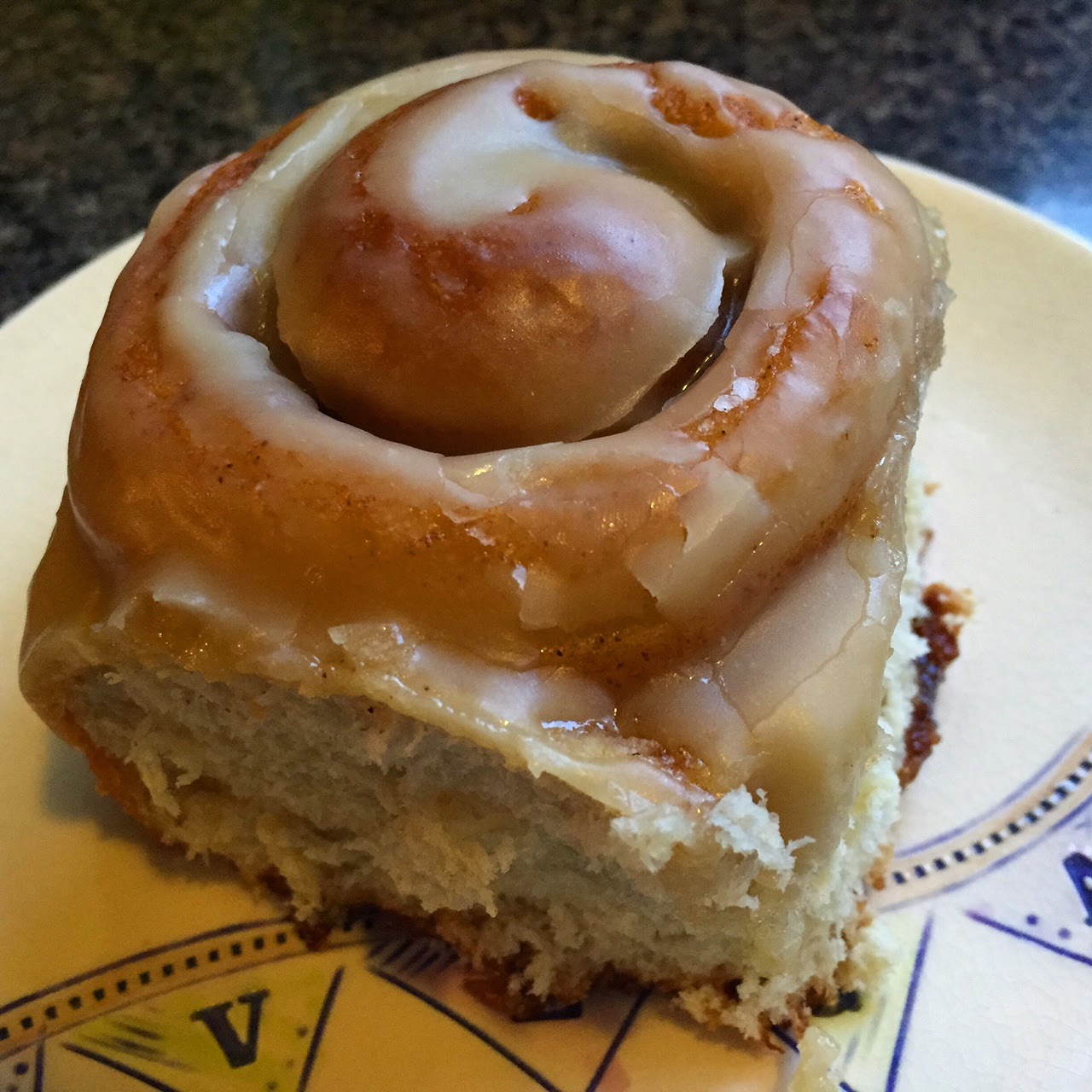 There will be dessert at Imagine while Stephanie is away though! My pal Cassi has stepped up to supply the cafe with cupcakes! Tonight, she brought in her Chocolate Cupcakes with Cookies 'n' Cream Frosting. These are my fave cupcakes that she makes because the frosting tastes just like Oreos (probably because it has Oreos in it). This sad dimly lit pic doesn't do this yummy cake justice. 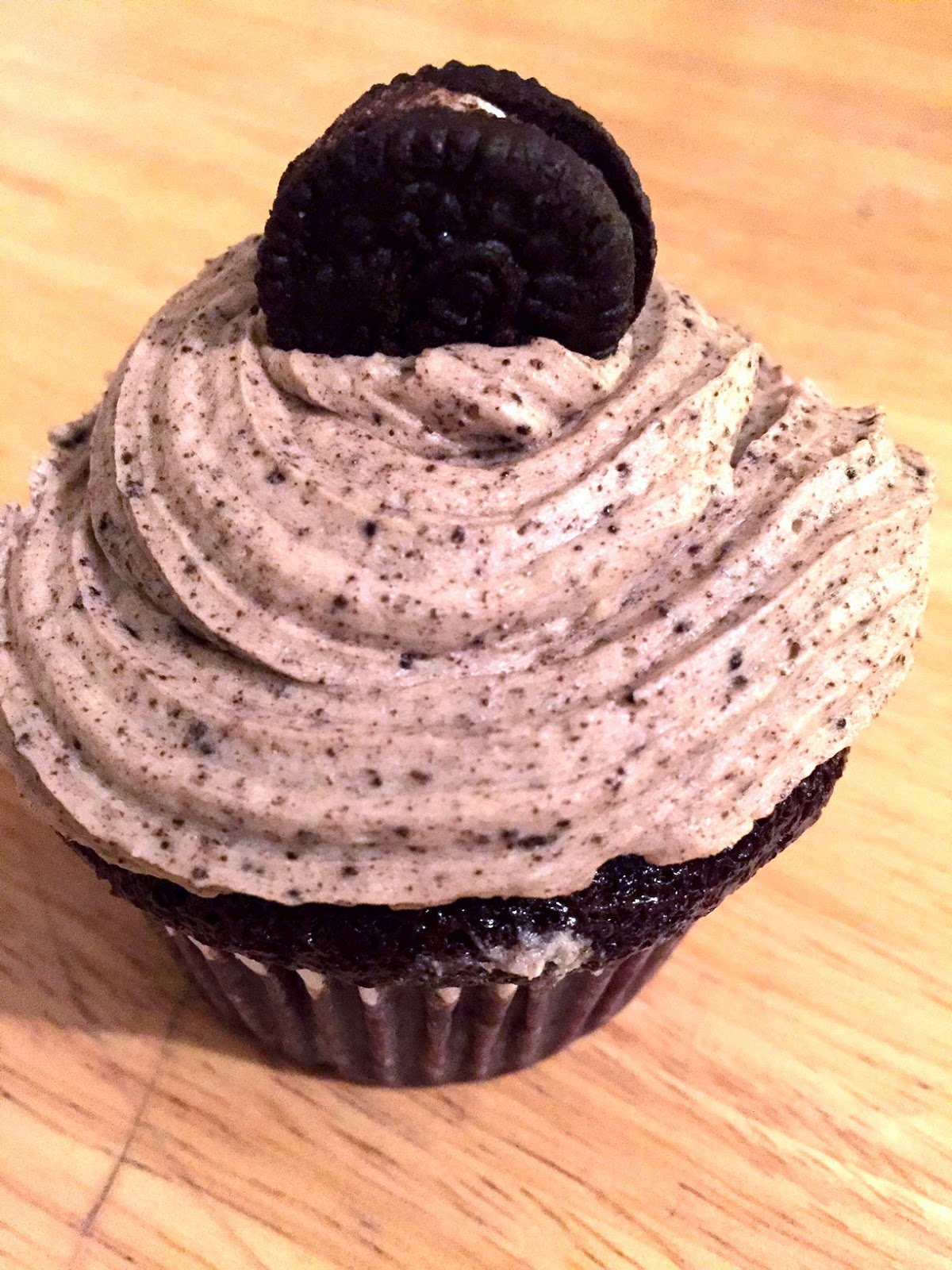 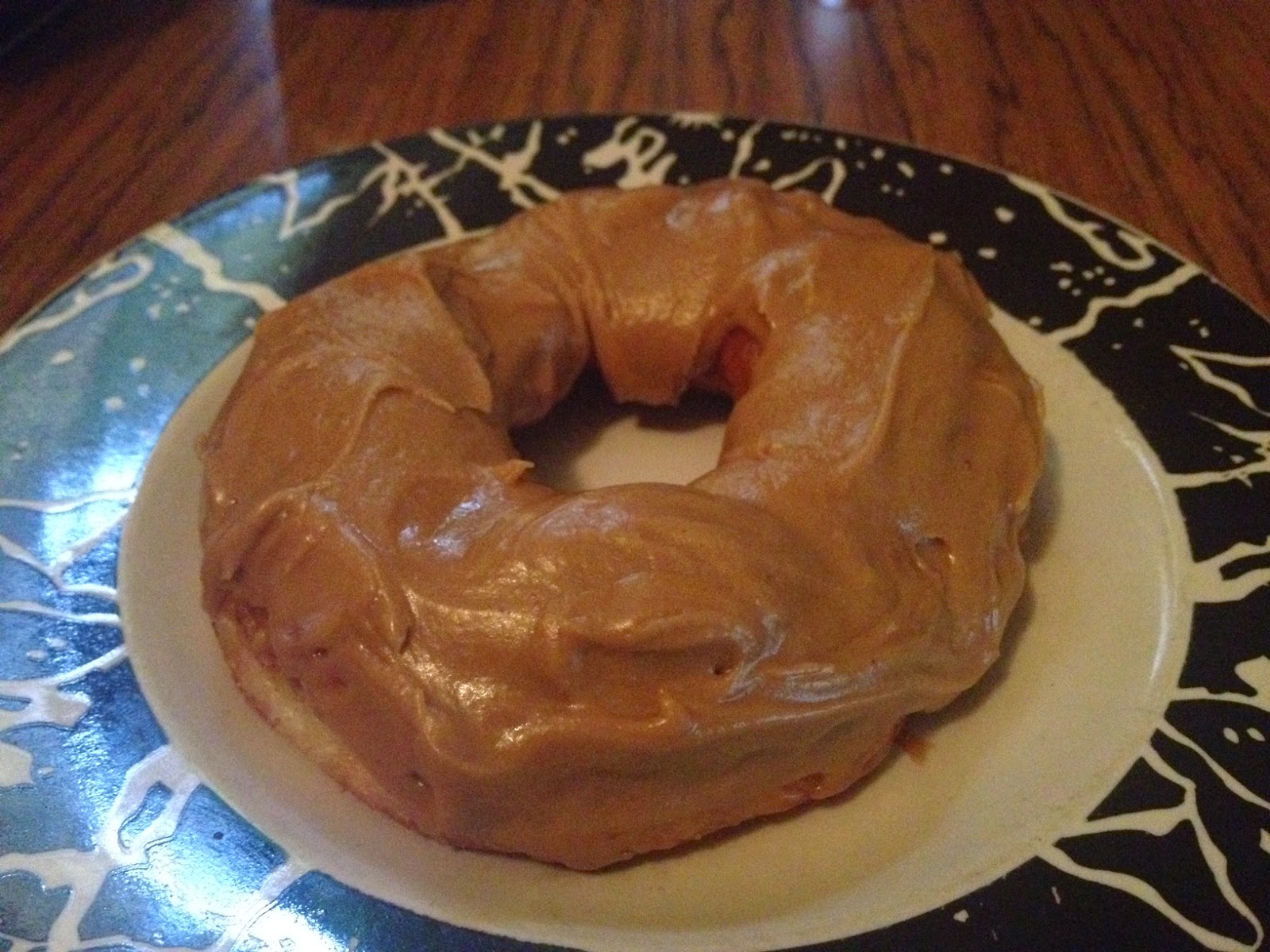 My gym — Envision Memphis — sells vegan grab-n-go items from Get Fresh Memphis, a healthy food catering service. A couple weeks back, I grabbed this Kale Caesar Salad after yoga. 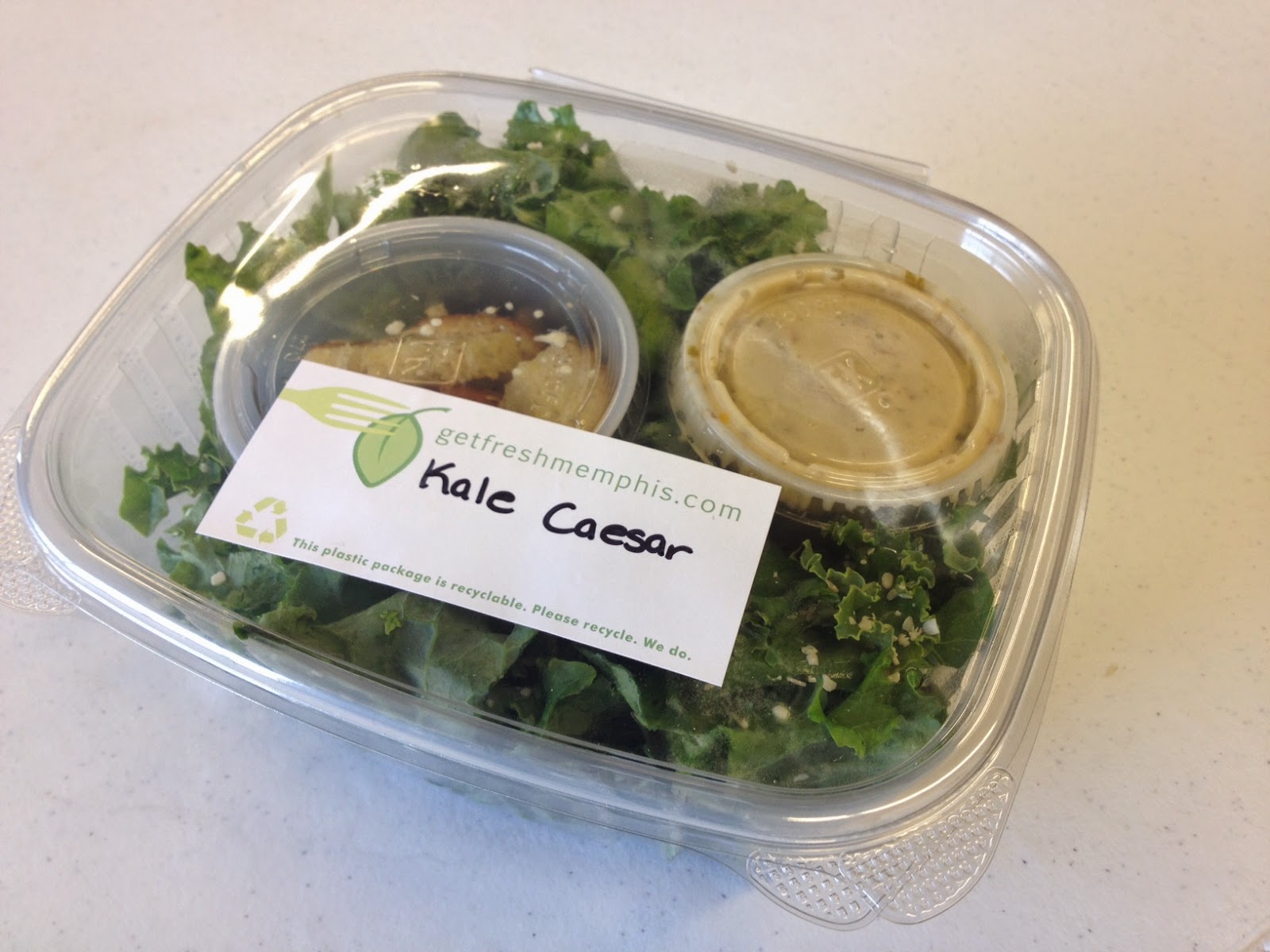 The dressing was so good! It was loaded with olives, and there were hemp seeds throughout the salad. 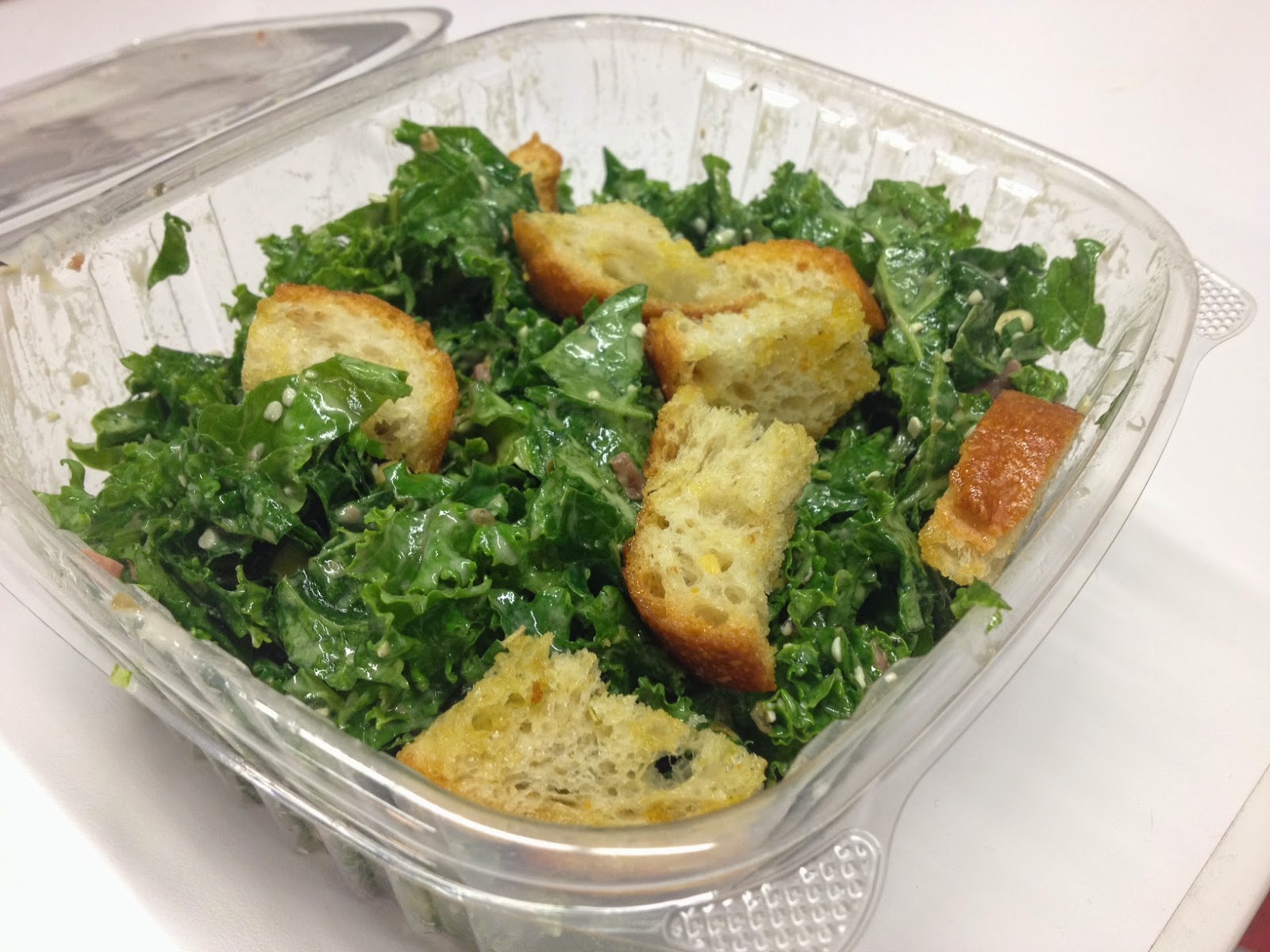 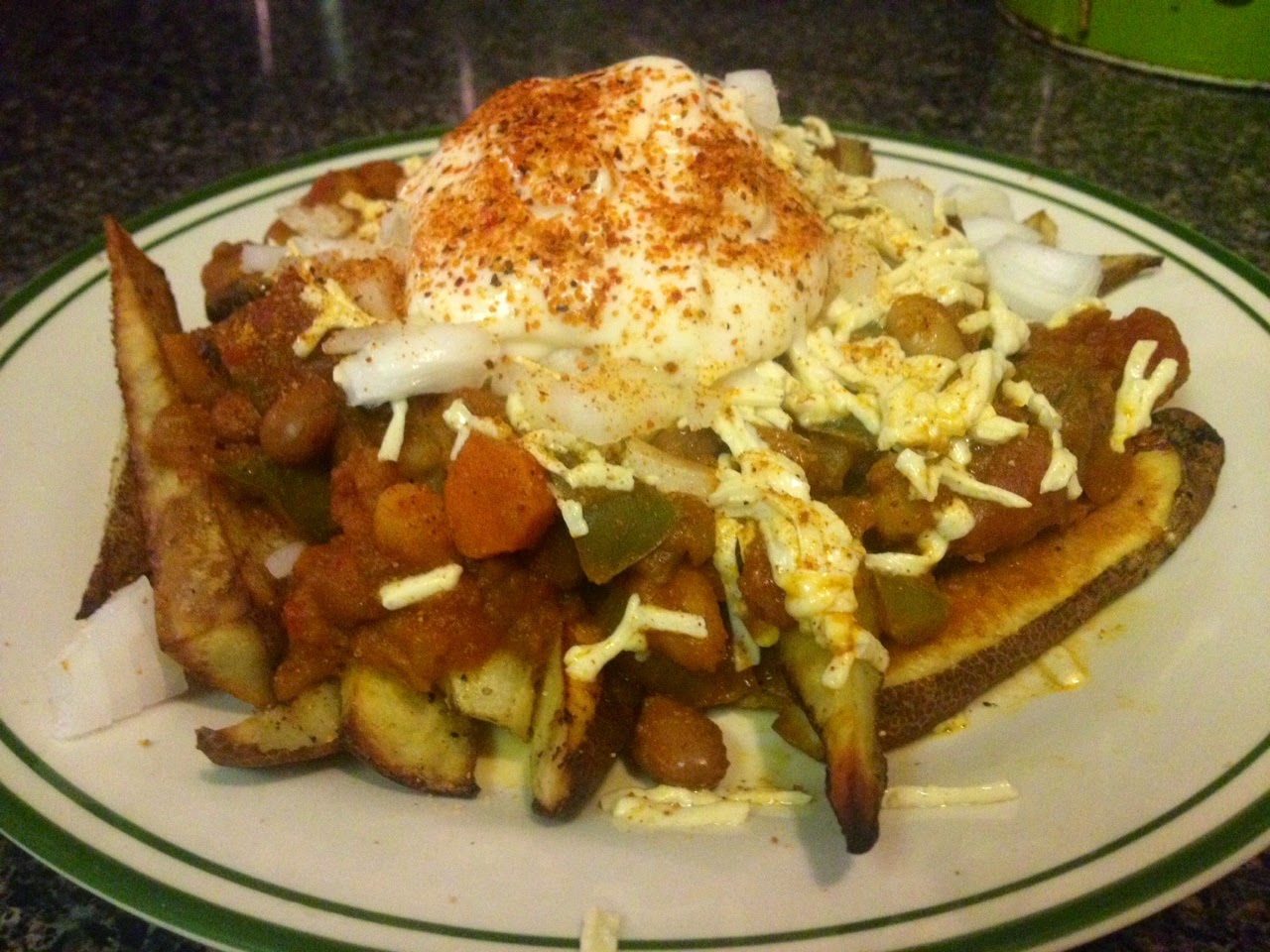 One night, Paul and I went out for a fancy-schmancy dinner at Interim Restaurant. It's honestly way too classy for me, but we had a gift certificate. This plate of Roasted Beets, Blackeyed Peas, Brussels Sprouts, and Sauteed Squash was delicious. Paul thoroughly enjoyed his meat plate. 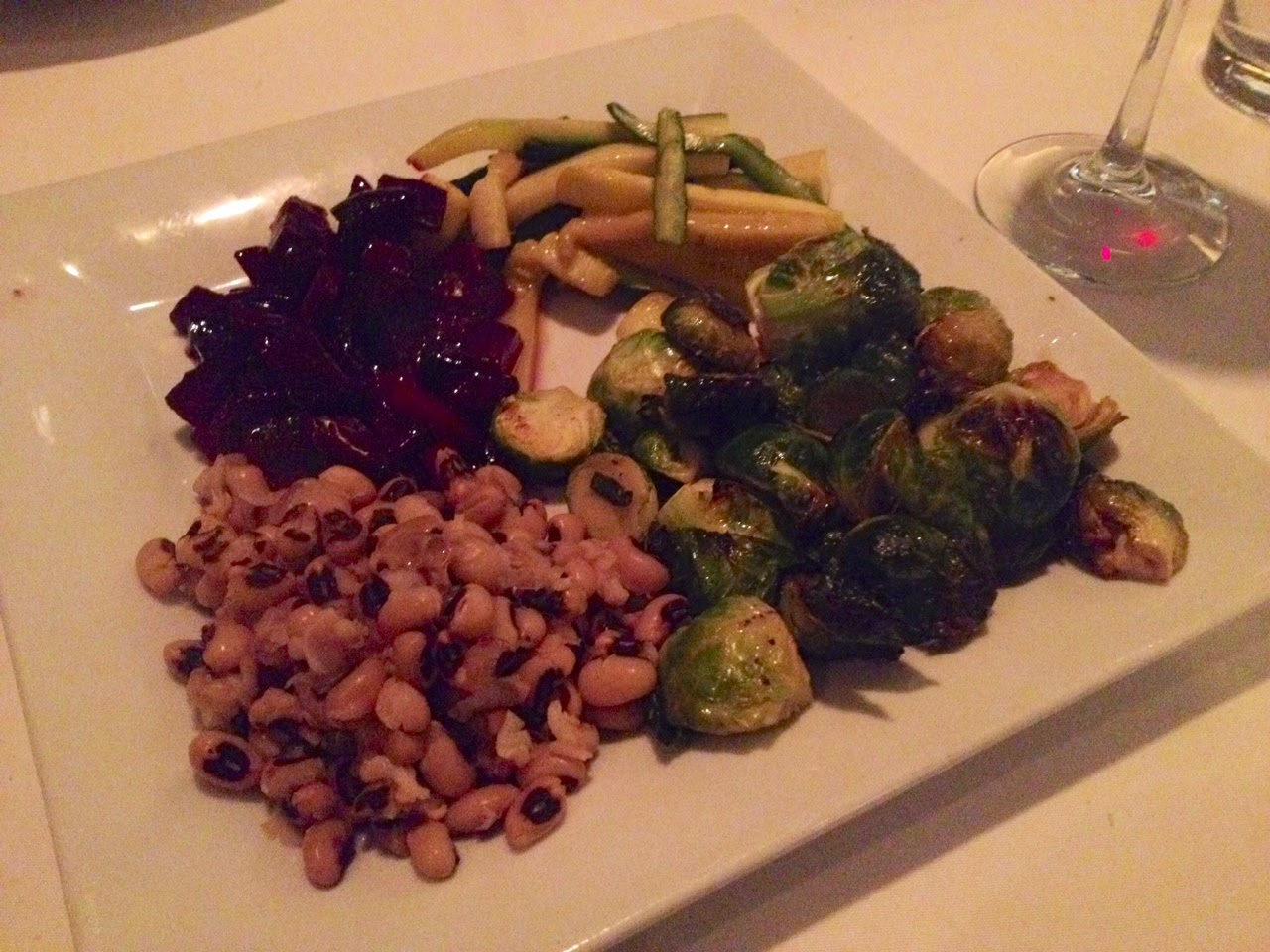 After Thanksgiving, I had some leftover Cream of Celery Soup that my mom had made to go in my dressin'. She sent it home with me, so I enjoyed it with some sriracha and a vegan grilled cheese. 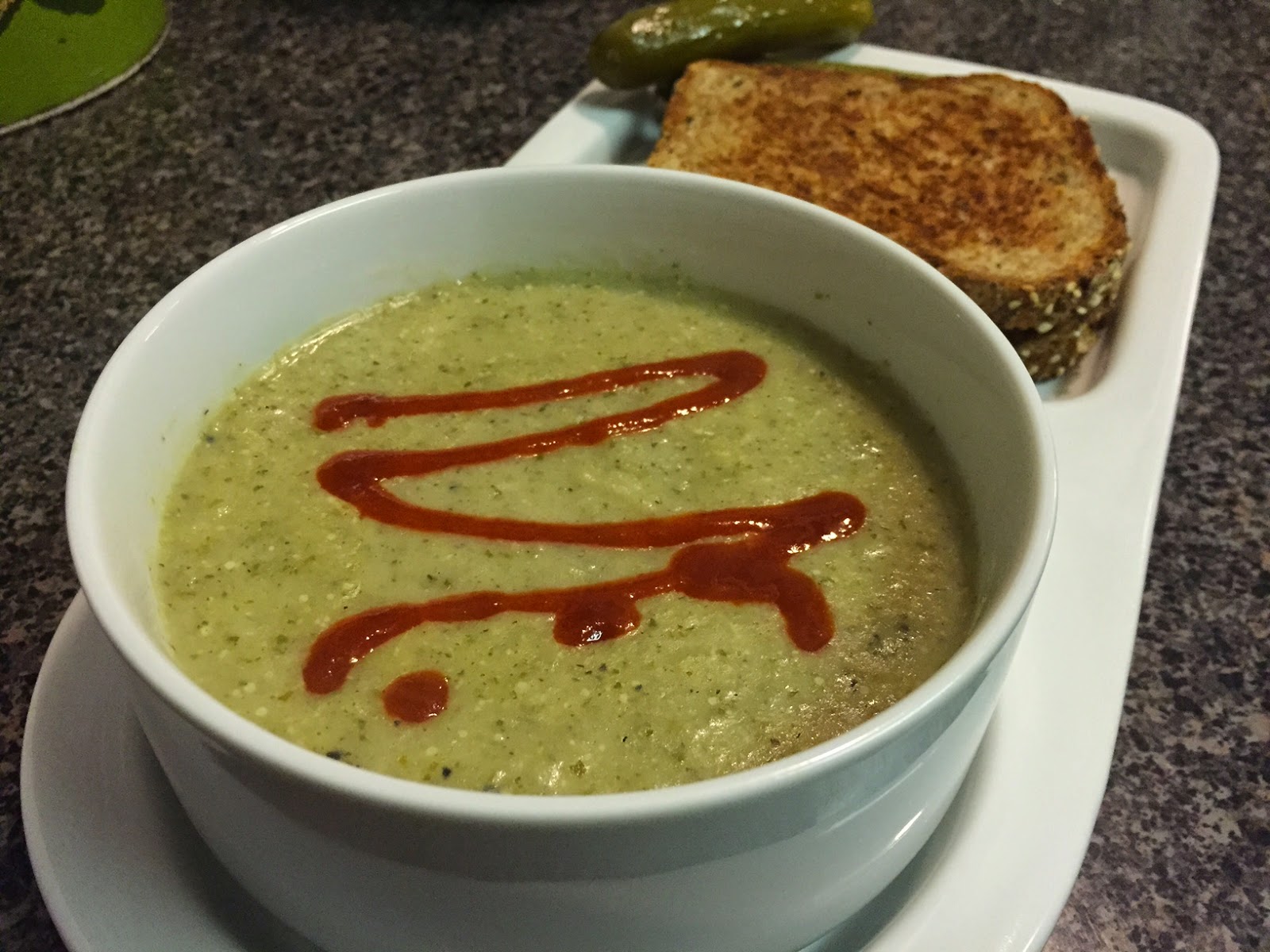 Back in October, my parents gave me a bottle of Extra Hot Muscadine Hot Sauce they picked up on a trip. It's very sweet because of the muscadines, but it's also delightfully spicy. Nice flavor combination. 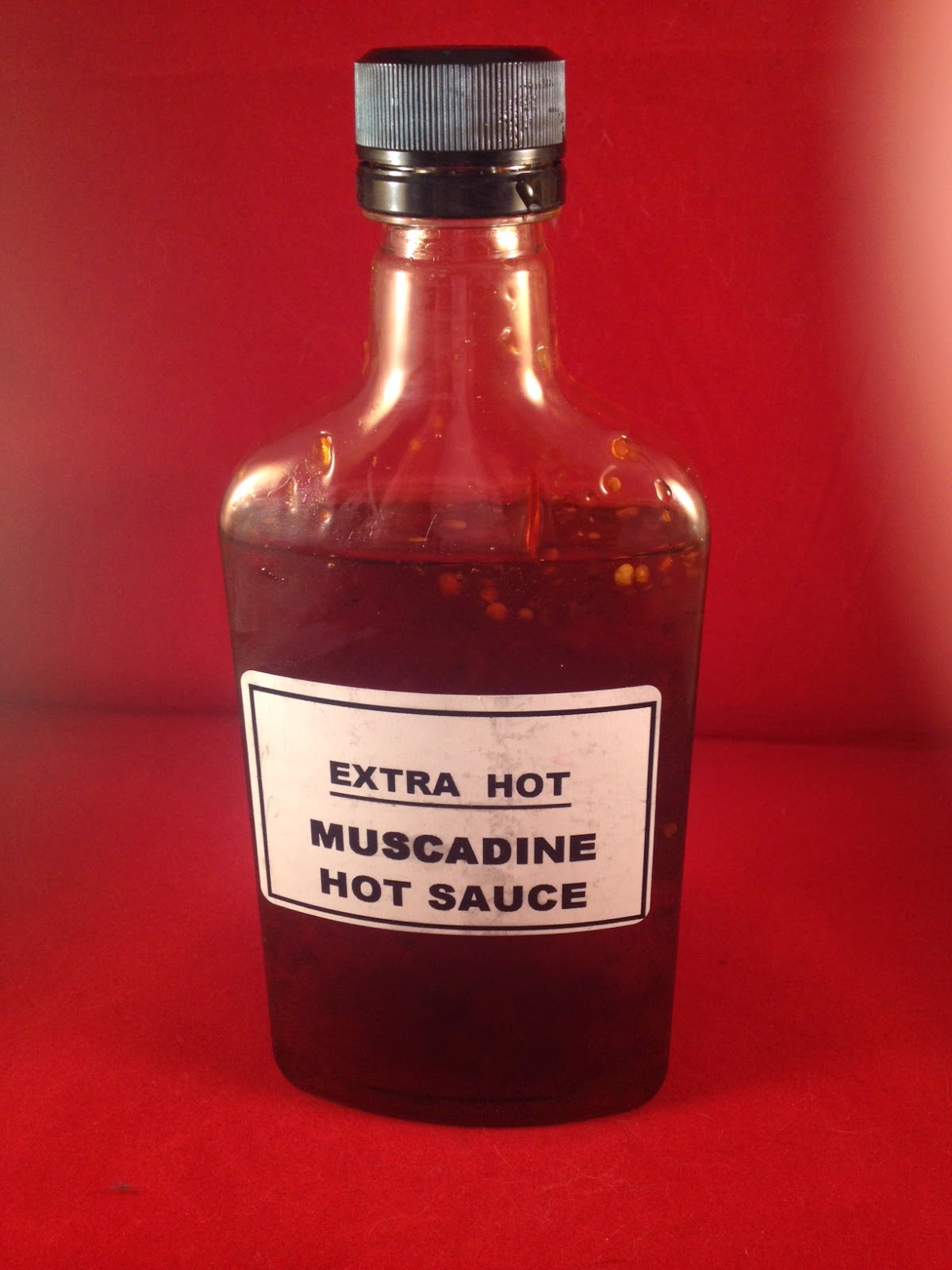 I used some to baste this Baked Spicy-Sweet Tofu. Enjoyed this with a side of Earth Balance White Cheddar Mac and Steamed Broccoli. 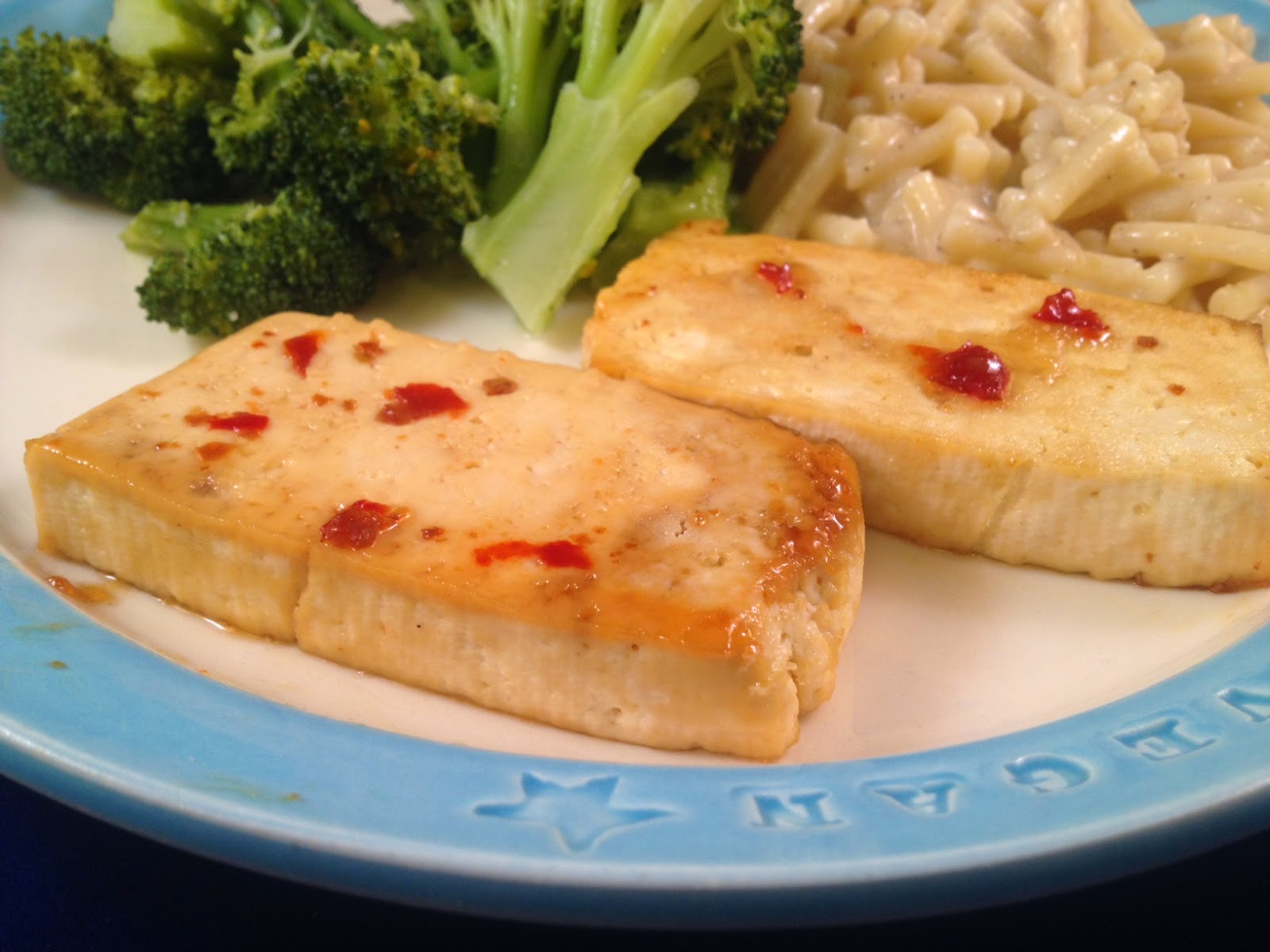 Yay for breakfast stacks! That looks great. It's one of my favorite breakfasts. That burrito looks good as well. I need to search our Target!

Everything looks great. Very jealous of all..the bagel and burrito especially. I never think to look for groceries at Target, but I'm also not sure if we have them near by.

GOD I wish I could stomach savory breakfasts as those look damn delicious! I do have an idea for that Brown Rice toast: granola instead of rice, almonds instead of sausage, and jelly instead of ketchup. Maybe it'll work? HOPEFULLY it'll work as now I'm invested in the idea. And that donut looks exactly like a Krispy Kreme glazed donut! Holy (no) cow!

That breakfast stack looks perfect (although I'd skip the sriracha!) and as always everything from Imagine looks amazing.