There's a new burrito truck in town, and they're serving up some dope-ass vegan burritos! It's called Hot Mess, which is a fine name for a food truck if you ask me. I recently caught up with the Hot Mess truck at the grand opening of Memphis Made Brewing Company's taproom in the Cooper-Young neighborhood. 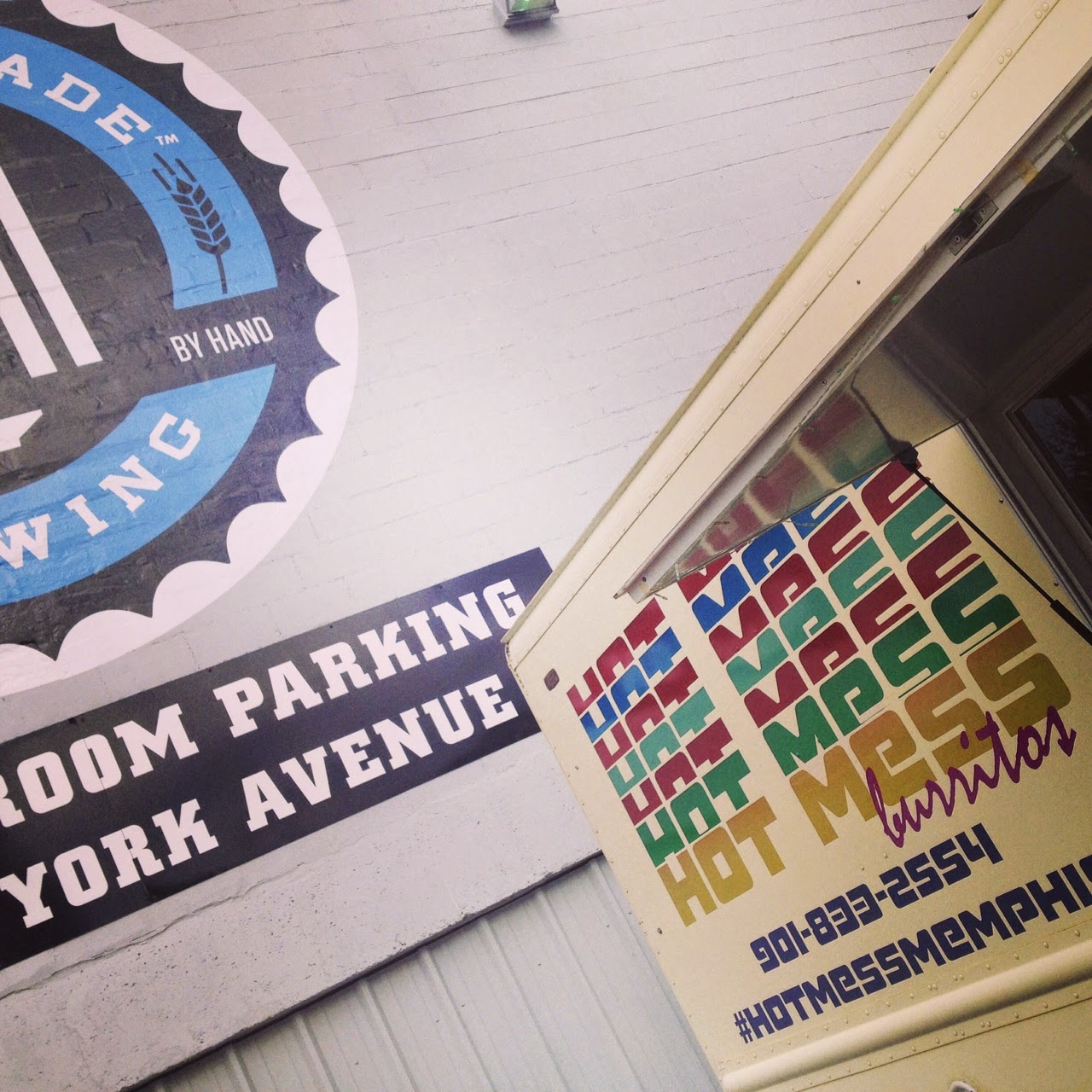 Because what goes better with delicious craft beers than massive mission-style burritos? Nothing. That's what. Here's my burrito and pint of Memphis Made Junt, a dark Belgian farmhouse ale brewed with a dash of cumin and a touch of smoke. The perfect burrito pairing beer. 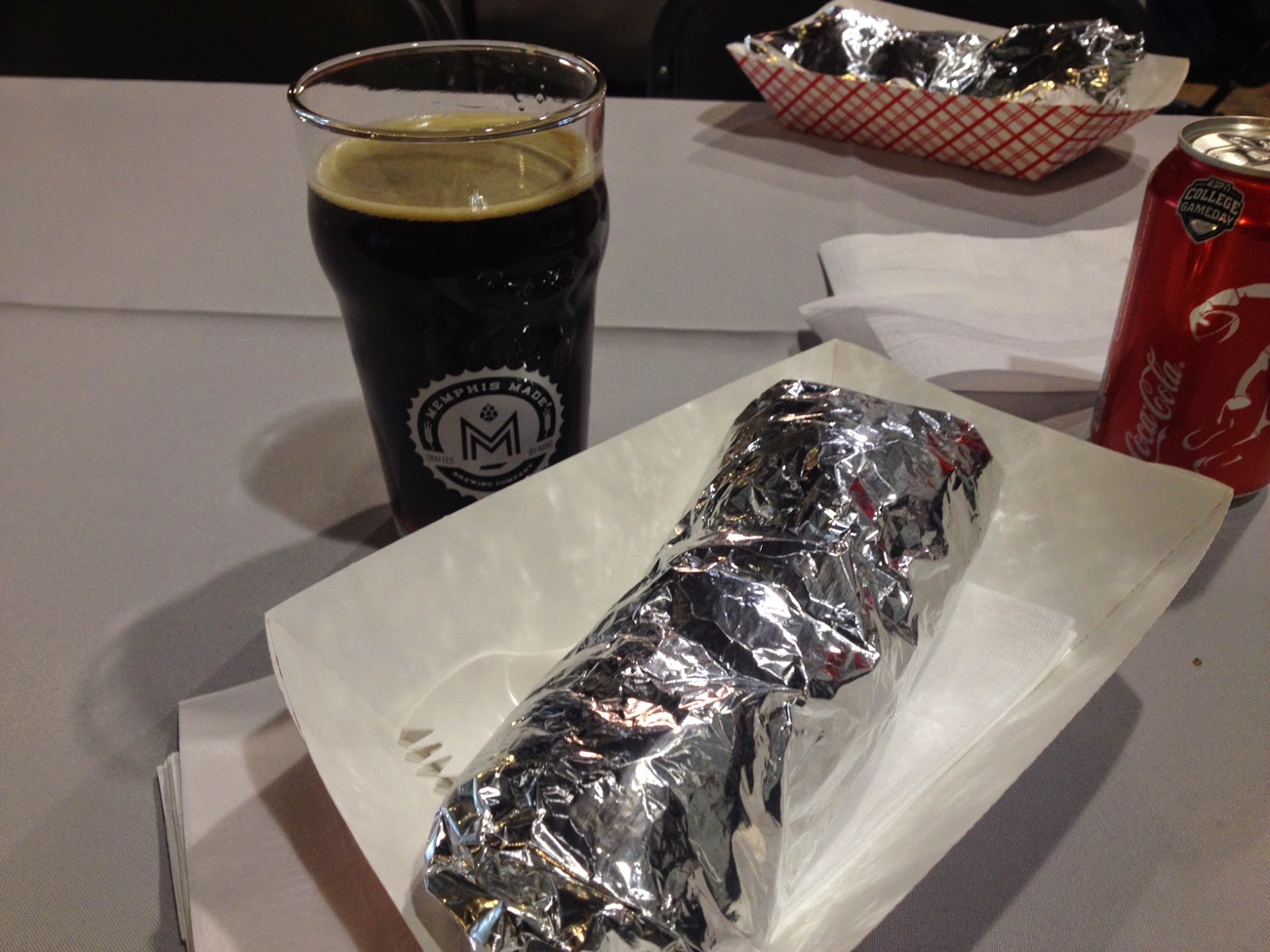 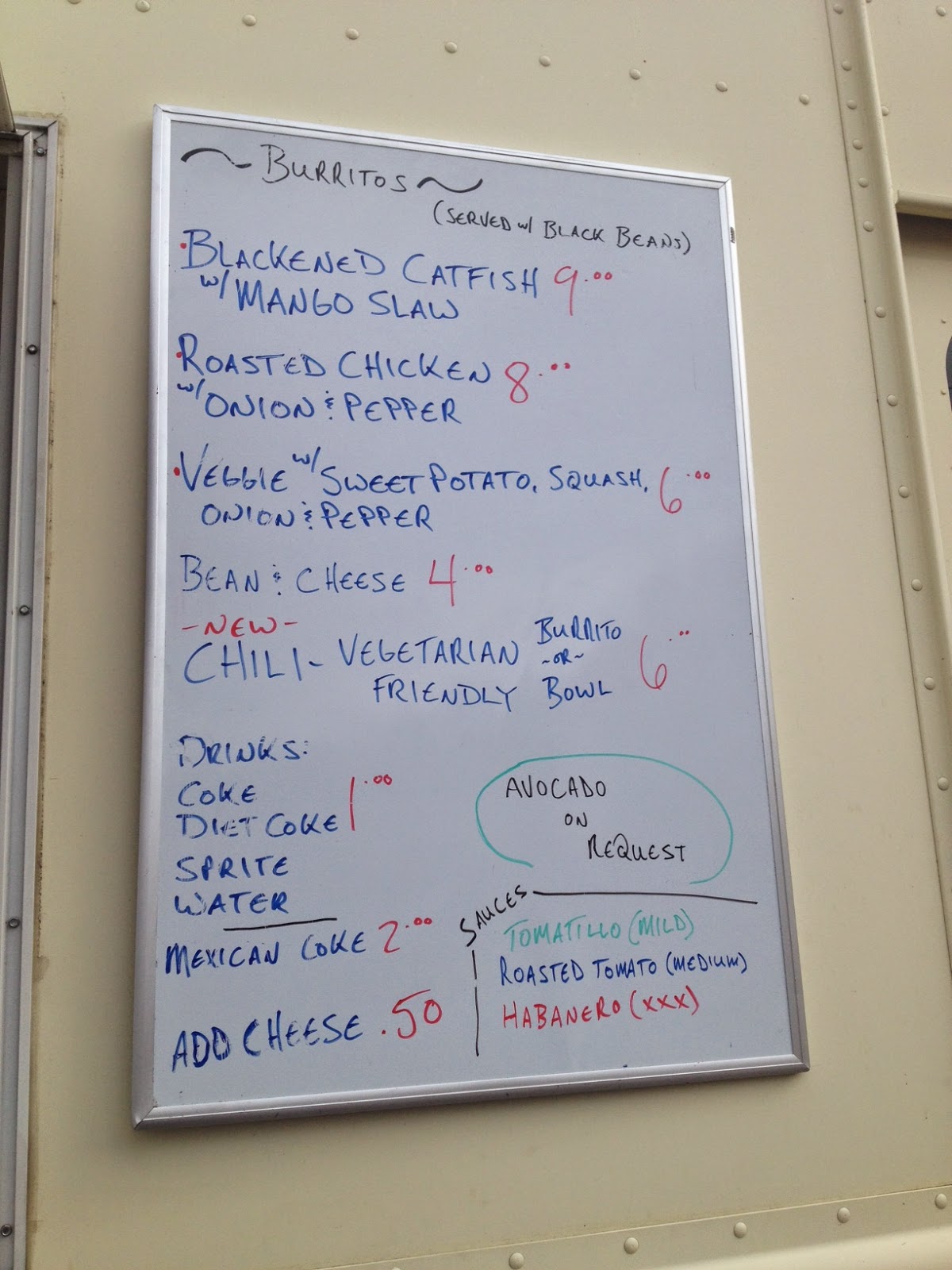 I ordered the Veggie Burrito with Sweet Potatoes, Squash, Onion, and Pepper. It doesn't come with a side, but that's okay because this thing is huge. The veggies were perfectly seasoned, and they were generous with the beans. I added bonus avocado and roasted tomato sauce. Oh, and the burrito is vegan by default. There's no asking folks to leave off the cheese! Love that. But the very best part of this burrito was the soft homemade tortilla. Nothing beats a homemade tortilla. 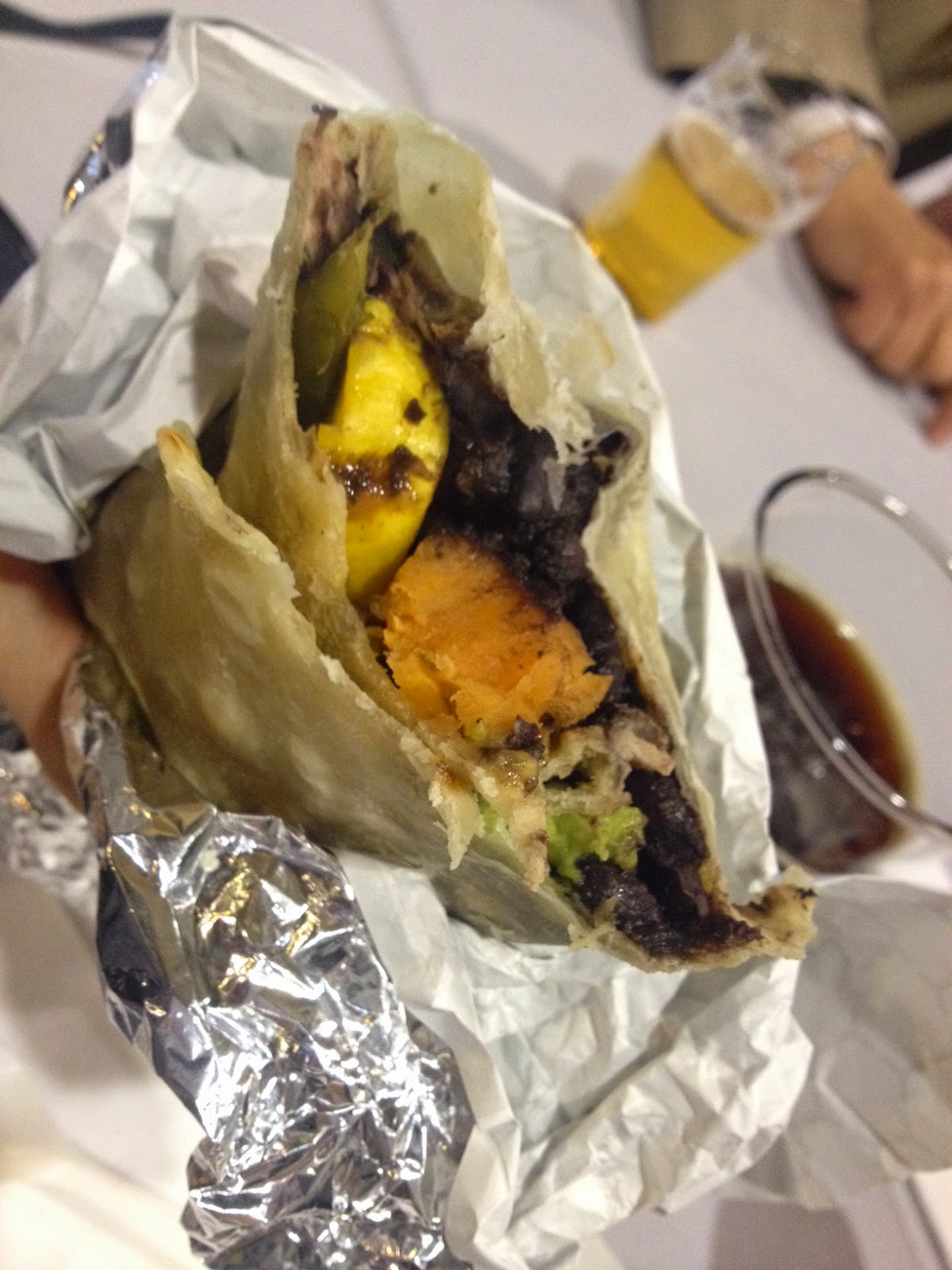 You can find Hot Mess all over town, but they're often parked at Memphis Made during taproom hours. To see their daily schedule, check out their Twitter page.
Posted by Bianca at 10:47 PM

thank you for sharing this information please inform me more vinod@q8living.com

Belgian with Cumin, you say? I can only imagine that being awesome. I might have to attempt a 1 gallon batch of that style... Sounds like Memphis is another good craft beer town!

That is one good looking burrito! There's really no place in my town that makes a good burrito, and so I have to just enjoy them at home.

Aah! Hot Mess has been the name for my imaginary diner for years. SUCH a great name for a food truck. And you can't beat a $4 bean and cheese burrito! I just wish these guys were in Silicon Valley, home of the not even close to $4 burrito. :)