My foodie pal (and colleague at The Memphis Flyer) John Klyce Minervini has just launched a Memphis dining website called The Fork. It has listings for local (mostly) farm-to-table restaurants (and more are added daily), and through the holidays, it features fun specials at local restaurants, breweries, and coffee roasters to help feed the homeless (read on for details!). 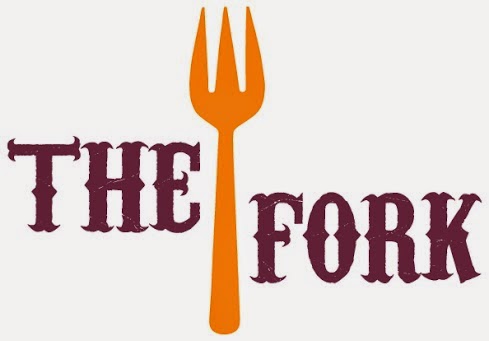 The site, which John describes as an "online dining portal," isn't totally vegan, but several of the restaurants listed have vegan options. And as the site grows, more vegan options will be included. Since he's trying to get the word out, I thought it'd be nice to run a little Q&A with him.


Me: In a few sentences, can you describe what The Fork is all about?
John: Heck yes! The fork is an online dining portal. Which is really just a fancy way of saying that we help Memphians figure out where to eat, what to eat, and why.

How would a local restaurant qualify for a Fork listing? Does it have to be farm-to-table?
Great question. In a perfect world, all restaurants would serve exclusively local, seasonal fare. And maybe someday we’ll get there. But in the meantime we want to meet Memphis where it’s at.

So what counts? How do you define farm-to-table?
Our definition is pretty simple. A regional farm is a farm you can drive to in a day. And when The Fork says that a restaurant is farm-to-table, we mean they have significant local and regional offerings.

Currently, you only have a handful of listings on the site, but you're adding daily. Could you estimate how large the farm-to-table scene is in Memphis?
I moved back to Memphis in February, so I can only offer a rough estimate. But my guess is that there are between 120 – 150 restaurants that would fit that description around here.

Besides listings, what will be the other features of the website?
I guess the first thing would be Hungry Holidays. That’s this big celebration we’re doing until the end of December. Basically, we’re collaborating with 11 chefs to help Memphians discover great local food—and help feed the homeless at the same time.

How does that work?
OK, so we feature a dish on the website. Roasted butternut squash bisque, let’s say. And if you go to the restaurant and order it, 20% of your purchase will be donated to the Urban Bicycle Food Ministry. They’re this nifty Memphis nonprofit that delivers hearty meals (burritos) to homeless people – by bike!

How about after December? Any big plans?
Honestly? At this moment, I’m mainly focused on Hungry Holidays. Trying to line up eleven of these promotions, schedule photo shoots, and print table cards—it’s kind of a full-time job. But starting in January, The Fork will start to roll out the regularly occurring features of the website. Things like expanded listings, ingredient spotlights, meet the farmer, meet the chef. I’m also interested in doing some events around town. Things like a book club and guerilla dining.

Most of Vegan Crunk's readers are vegans or vegetarians. Do you know of any Memphis restaurants that offer veg options that would qualify for a Fork listing?
First just let me say that I have been reading Vegan Crunk since I got back to town in February. And I’m not the only one! So (as I’m sure you know), you’ve got some devoted omnivore readers. But I digress. To answer your question, I can think of several of farm-to-table restaurants with great veg options. For starters, Jeff Dunham at the Grove Grill has been taking care of his veg diners for fifteen years! Other restaurants that jump to mind are Bounty, Interim, Sweet Grass, Cosmic Coconut, McEwen’s, and Ecco. That’s just off the top of my head.


Anything else you'd like to add?
You bet! I wanna give a big shout-out to Jeff Hulett at the Church Health Center for coming up with the following three words: Memphis as Fork. I’m currently working with a graphic designer to put that on a t-shirt. So check back in January, and hopefully you’ll be able to order Memphis as Fork t-shirt.
Posted by Bianca at 10:22 PM

I love the idea of ordering a meal where some of the money goes to help feed the homeless!
Something similar happened here to help farmers whose small farms were destroyed by Hurricane Sandy.

I hope he adds Nashville one day!