For the past year or so, I've been going to the Memphis Vegan Dineouts and Potlucks meetups, which are organized through Meetup.com. The group was started by a lovely lady named Susan, who moved to Memphis awhile back and couldn't find any vegan social clubs. So she started one on Meetup.com.

Susan actually came along at JUST THE RIGHT TIME! For about a decade, my friend Vaughan and I ran Food Awareness, a vegetarian/vegan group that gathered once a month for meals at local vegan-friendly restaurants. But Vaughan decided to put Food Awareness on hiatus while he moved into a new house last summer. And well, after that break, he decided he didn't want to organize anymore. I was already organizing Vegan Drinks, and just in the nick of time, Susan arrived and set up this Meetup.com group.

The meetup group gathers more often than Food Awareness ever did or more often than Vegan Drinks does, sometimes with two or three meetings in a month. I can't make it to all of them, but I did get to tonight's meetup at the vegan-friendly Fuel Cafe. Here's who else showed up (Susan is the one in the foreground with the curly hair and black shirt). 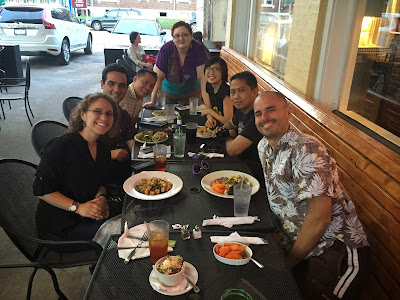 I knew I just had to get to this meetup because I love Fuel. I've eaten (and blogged about) brunch and lunch there a few times. But I'm not sure I've ever eaten from their dinner menu. I went with the Veggie Plate with Pan-Fried Tofu, Tarragon Carrots, Smoky Miso Greens, and Brown Rice with Mushroom Gravy. Mmmmm ... gravy. Also, they do tofu right! 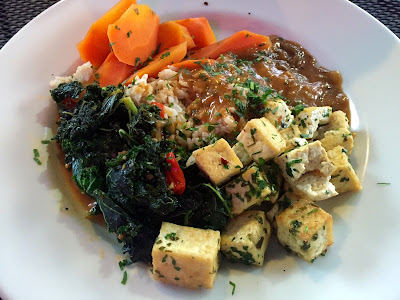 This was my first time meeting a few of these folks, so I failed to get their names! I'm so bad with that. But I did get pictures of their food. Hey, I wasn't the only one sticking my camera in other people's plates. Harry was doing it too! 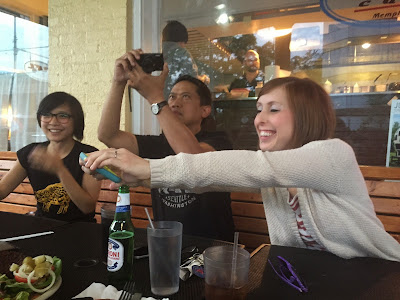 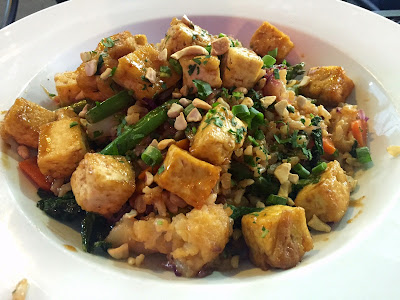 Rosa got the Quinoa & Red Bean Chili with Vegan Cheese. I've had this a number of times, and it's one of my faves. 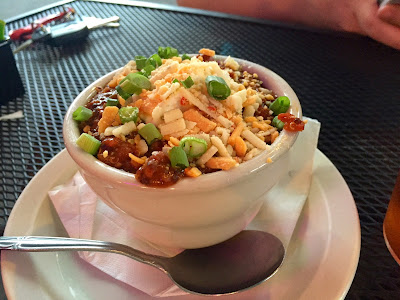 Dinesh ordered the Vegan Burger. Fuel has, hands down, the best veggie burger in town. It's homemade, and it's what they use in their vegan tacos on their food truck and in their vegan reuben (served at lunch). Fuel even sells their patties in the deli at our Whole Foods. 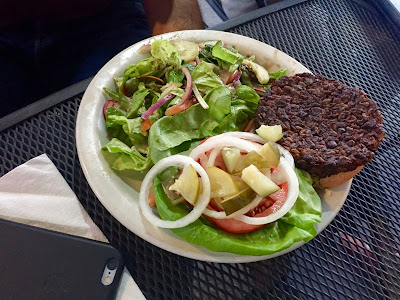 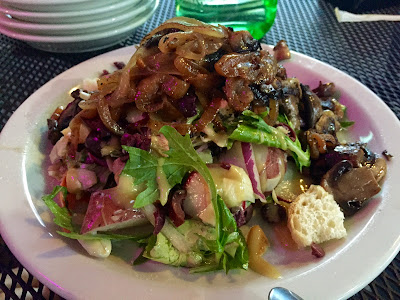 Fuel also has vegan cheesecake for dessert, but we were too stuffed to even try it! Anyway, if you're local and want to get in on the meetup group, check it out here. Our next meetup is this Sunday for brunch at Chiwawa!
Posted by Bianca at 11:24 PM

Awesome! I'd definitely be down for checking them out for dinner next time we're in town. All of that looks delicious!!

I recognize Susan from her time at Semmes Murphey. Didn't realize she was vegan!! This meetup sounds like an awesome idea.