I'm working my way through the 20th century, veganizing recipes over the past decades. It's for my next cookbook project. And I'm just getting started on the 1910 to 1920 chapter. It's a weird decade that I don't know much about. But I've started my research using the Food Timeline website, which is an awesome resource.

On that site, there's a sample menu from a 1913 tea party. When I read it, I imagined finely dressed, well-to-do ladies sitting around, sipping tea and munching on dainty cakes and finger sandwiches. So I came up with a couple fun tea party recipes!

You can't have a tea party without Cucumber & Cream Cheese Sandwiches! 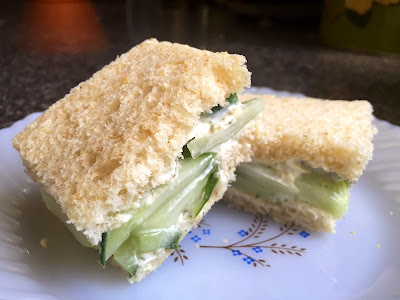 For these, I marinated cucumber slices in seasoned rice vinegar, and then I layered them on some oat bread that has a very similar texture of plain white bread. Because you need white bread for a soft finger sandwich. Any vegan cream cheese will do, but I used Kite Hill's Chive Cream Cheese (made from almonds) because it's the best! Oh, and you simply must cut off those crusts! Don't worry, I ate them too.

And cakes are a must. The Food Timeline recommended Orange Sponge Cake, so I developed a recipe for a soft and spongy one with orange zest and orange juice. 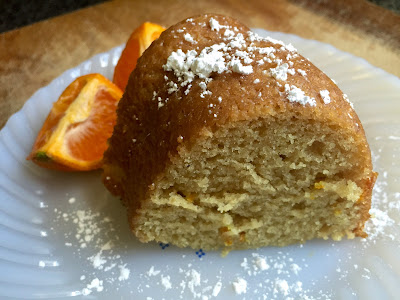 Loved this bundt cake! Simple, soft cakes without frosting are so yummy sometimes. This was super-moist thanks to lots of applesauce and a bit of oil. I brought some leftover cake to work, and it went over well with the co-workers. One suggested that the orange flavor could be more prominent though, so next time, I'll try adding some orange extract.

I had my little tea party at lunch time on Wednesday, and I made a hot cup of Earl Gray with coconut milk to accompany my sandwiches and cake. Lovely! 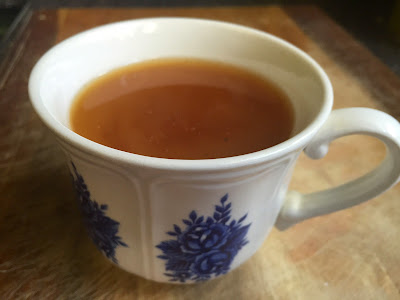 I definitely need to check out the Food Timeline!

Have you ever heard of Potato Candy? I don't know the decade but my great aunt who just recently passed at 102 remembers it from her childhood! http://m.allrecipes.com/recipe/220888/peanut-butter-potato-candy/

How fun! Those tea sandwiches are super cute. I haven't tried the Kite Hill cream cheese yet. I need to check that out.

Diana, I have!! Never had it, but I've heard of it. I'll research it and see what decade it's from. And I may work that in. Definitely sounds very old school.

I can't wait for your next cookbook!

Those two recipes sound delish. Are you going to offer suggestions as to what to do with the leftover crust? Maybe breadcrumbs?

Oh yeah, we had peanut butter candies in Canada too. "Bonbons aux patates".