I had a review planned for tonight for a new and awesome protein powder. And I had smoothie recipes all lined up and ready to share. But it seems that in a recent massive iPhone photo purge, I accidentally deleted a photo of one of those smoothies. So I'll have to make it again and try that post later. So for now, here's some stuff I ate over the past week!

The weekend before last was the Beale Street Music Fest, a three-day, outdoor fest on the banks of the Mississippi River. This year, I saw Soul Asylum (!!!), The Pixies, Lindsey Stirling, and just a few minutes of Flogging Molly (because they were stupidly scheduled at the same time as Lindsey Stirling). Anyway, I go to this fest every year, and vegan food is always hard to find. It's all Pronto Pups and funnel cakes and whatnot.

But just when I was about to abandon hope and settle for a dinner of fries, I spotted this food truck! 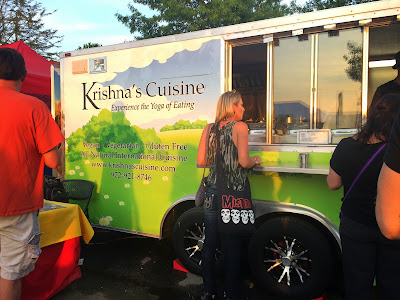 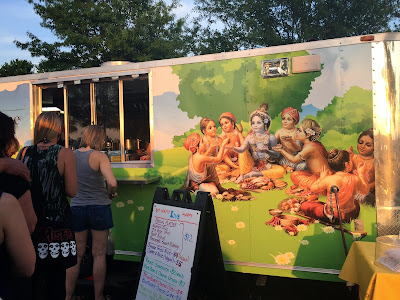 Yay!!!!!! I ordered the Vegan Platter, which came with Mock Fried Fish Curry, Basmati Rice, Salad with Vegenaise Dressing, Puffed Bread, and (not pictured) a Tamarind Tea Cooler. It was also supposed to have a vegan dessert, but I think they were out. 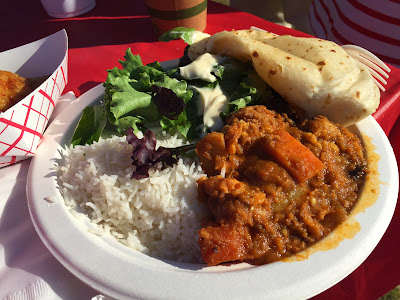 Mmmmm. The curry was fantastic. I was worried that it might taste sea veggie-ish, but it didn't. The mock fish was more like seitan. And that puffed bread just melted in my mouth. They also had Samosas with Sweet and Sour Chutney, so I had to get one of those too! This thing was HUGE! 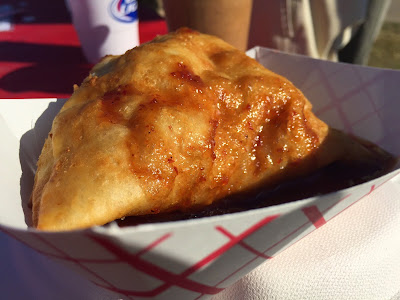 The next day at the fest, I headed back to the truck, hoping for another samosa. But they'd changed the menu up. No samosas. But they did have some fire Chinese Fried Rice. It said "Chinese" on the menu, but it was actually seasoned with Indian flavors. Omg, you can't tell in this pic, but it was to die for. Sadly, I got the last serving, and I think I got screwed a little on the portion. The woman in front of me ordered the same thing and got a bit more. 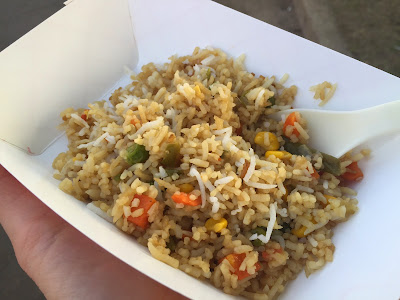 Speaking of music fest, I went to Imagine Vegan Cafe for brunch on the Sunday morning before heading back down to the fest. Had a bit of a festival hangover from Saturday night, so I fixed it with a plate of brown fried stuff and carbs — Vegan Drumsticks, Vegan Mac & Cheese, and a Hash Brown. Weird but delicious. 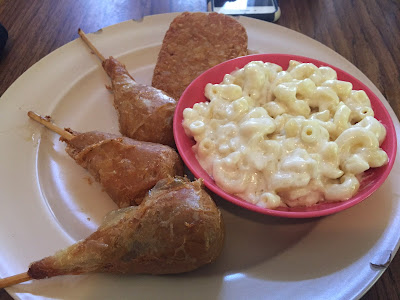 Been trying to eat a little healthier at home post-music fest. Lots of bagels with Kite Hill Vegan Chive Cream Cheese and Tomatoes with Kale Salad on the side. Breakfast of champions. 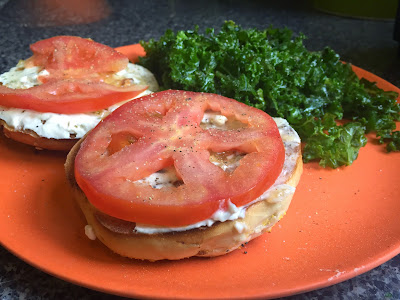 One day, I had this light lunch of a Salad and Vegan Cheese & Crackers. I used lettuce that I grew in a pot on my front porch! And that's Follow Your Heart Vegan Mozzarella. 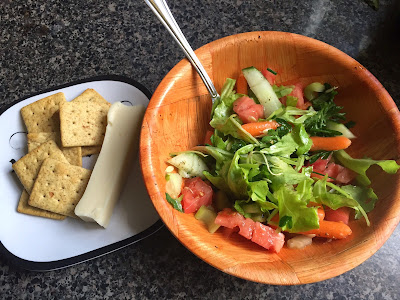 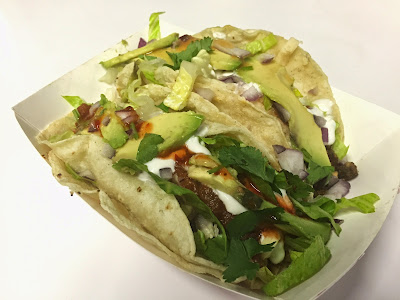 And there is always room for cupcakes! Had this Snickerdoodle Cupcake from Pink Diva Cupcakery last Friday during the Choose 901 Pop-Up Shop. 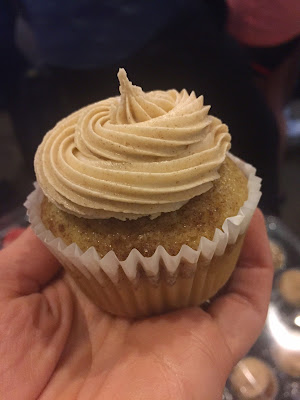 God, everything looks so, so good.
Lucky that you found that truck, what a boon. That puffed bread looks soooo good. There's a really great, cheap Punjabi place in the city that I need to eat at more often.
How were the Pixies?? I totally would have opted to see Flogging molly over Lindsey Stirling, I don't know who that is!
Salad with cheese and crackers is pretty much my ideal meal, though. Simple, infinitely flexible, filling and fun.
Thanks for the ATL tips :)

Holy Moly, I wish I had seen the Krishna Cuisine Food Truck while I was there! Too much beer and not enough foooooood in mah belly!!!