An Update on Vegan Options at Chiwawa

Quick announcement: Dinner + Bikes, a vegan cycling advocacy tour, is stopping through Memphis on Wednesday, May 20th at Revolutions Bicycle Co-op. The talented Chef Joshua Ploeg will be cooking up a seven-course vegan meal, while Microcosm zine publisher Joe Biel and Elly Blue discuss and present short films about social equity in city efforts to increase options for bicycling. I went to the dinner on the last stop through Memphis a couple years ago, and it was awesome. Great food by Joshua! Sale of vegan cookzines! Informative discussion and films! I'll be there again this time. Click here for tickets.

Hey there! To my non-local readers, I apologize for the third post in a row about Memphis restaurants. I promise I'll be back with something more universally appealing tomorrow! But I wanted to take a second to update folks on vegan options at Chiwawa, an Overton Square Mexican and American street food joint that's currently reworking its menu. Here's Chiwawa's awesome sign. 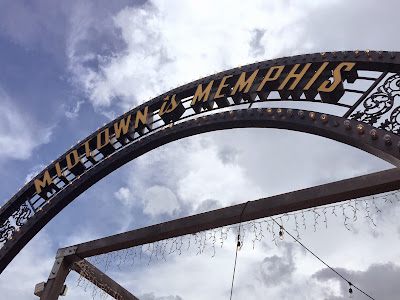 Memphis Vegan Dineouts and Potlucks had a meetup there today during brunch hours. In case you're interested in hanging with other Memphis vegans, check out our group page on Meetup.com. And here's a post I did about our last meetup at Fuel Cafe last week. Here's the brunch crowd at Chiwawa today! 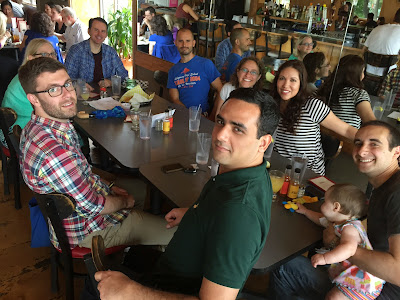 Anyway, Chiwawa is formerly the home of the Bianca Dawg. It was a spicy vegan hot dog with slaw on a pretzel bun (an early version was served on a tortilla, and in its last days, it was served on a gluten-free bun) named after yours truly. But they're currently reworking the menu, and sadly, the Bianca Dawg won't be on it (it's okay because I have a new sandwich named after me at Midtown Crossing!). I'll admit that I'm sad to see my namesake hot dog go, and I'm not totally sure why it's leaving the menu. But from what I've heard, that's the case.

While it was cool to have my own hot dog on the menu, I'm more sad about its loss because it was a great vegan option. And I hate to see vegan options being taken off a menu. But I emailed management, and I've been assured that Chiwawa is looking to have plenty of vegan options on the new menu. And most importantly, Chiwawa now fries their tortilla chips in vegetable oil! Shortly after they opened, I learned that they were frying in beef fat, and I had to avoid the chips. And that made me sad because I love chips! But now, everyone can eat the Tortilla Chips with Guacamole!!! I ordered some at brunch today to celebrate. 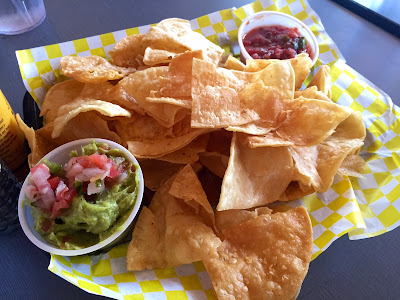 Chiwawa offered us some special off-the-menu items at brunch that, while I'm not sure if they'll make it onto the new menu, I'd bet they'd be willing to make these dishes by request. I hope some of these make it to the new menu!

I ordered the Stuffed Bell Pepper with Black Beans and Rice. Loved the herbed rice in this! I topped it with some extra guac leftover from my chips. 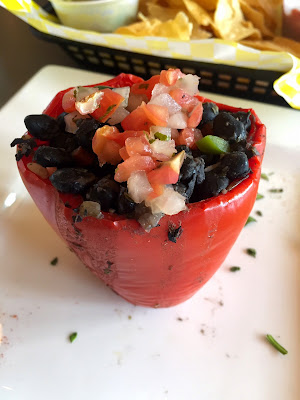 They had two kinds of vegan tacos — Mushroom Tacos (which were on the old menu too) and Fresh Avocado Tacos. The fresh avocado taco was a vegan spin on the Chubby Vegetarian Taco, which was also on the old menu (and was named for my friend Justin Fox Burks' blog!). That taco had an egg-battered avocado filling. But they made the vegan ones using fresh avocado. Lots of people at the table ordered these, but I didn't sneak a taste. 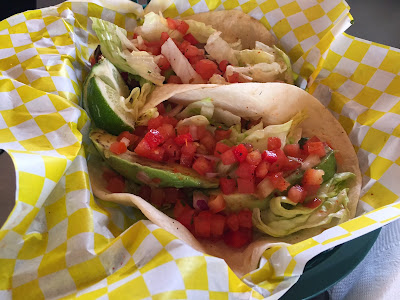 Chiwawa is also now offering some new side veggie items. Most of them are made with butter, but they were more than willing to make ours with olive oil. So I'm sure they'd do that by request anytime. The Red Potatoes on a stick were pretty popular at our table. Stephen dipped his in guac, and that looked like a great idea. 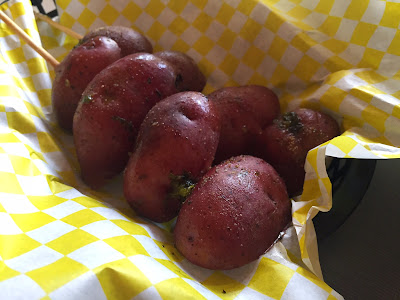 Nick got the Asparagus Spears prepared with olive oil. Sorry for the crappy photo. I was in a hurry because Nick was about to grab one and stuff it in his mouth. I did get a bite of one of these, and it was fantastic. Very well-seasoned. 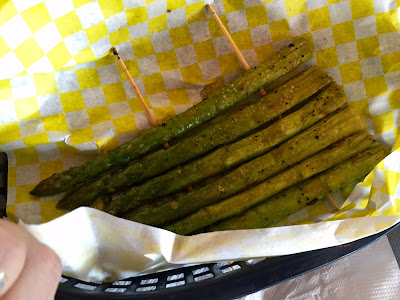 If you're local and vegan, stop by Chiwawa soon and let them know you're interested in vegan options! And celebrate their decision to fry the chips in veggie oil by ordering a big ole batch!
Posted by Bianca at 10:40 PM

yum! I m totally coming to memphis sometime and hitting you up when i get there!