Tonight, the Dinner + Bikes tour — a traveling ensemble of awesome vegans who cook delicious food, show short films about bicycling culture, and sell zines and tees — made a stop in Memphis. Portlanders Joe Biel of Microcosm Publishing and Elly Blue, author of Bikenomics and lots of other stuff, showed eight short films about cycling equity and led an audience discussion on the topic. And chef Joshua Ploeg cooked an delicious seven-course vegan meal.

So of course I went! It wasn't the tour's first stop in Memphis. They came through in 2012, too (and I was there for that). Memphis has increased bicycle ridership 500% in the past several years by going from a city with no bike lanes to one with well over 100 miles of lanes that span across the city. So the tour is a perfect fit for Memphis. The event attracted a large crowd and filled up the dining hall at First Congo Church. First Congo, by the way, is a progressive church that's also home to the event's host, Revolutions Bicycle Co-op. I'm not usually a fan of churches, but First Congo isn't like other churches. 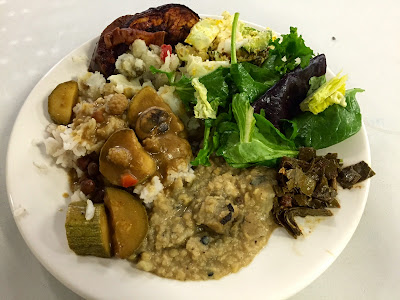 I've had the pleasure of eating Joshua's food three times now on his stops through Memphis (the last Dinner + Bikes event and a stop at the DeCleyre Co-op way, way back in the early 2000s). Love this dude and all of his food and cook zines. I own most of them. In fact, his Something Delicious This Way Comes was one of my first vegan cookbooks ever! Joshua was hiding most of the night, but I found him at the end. Check out his latest Microcosm book, This Ain't No Picnic: Your Punk Rock Vegan Cookbook. 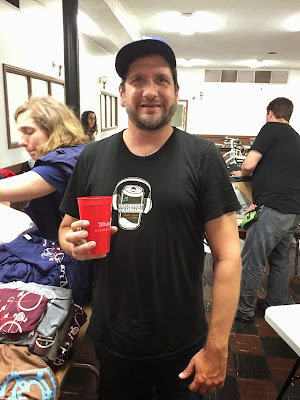 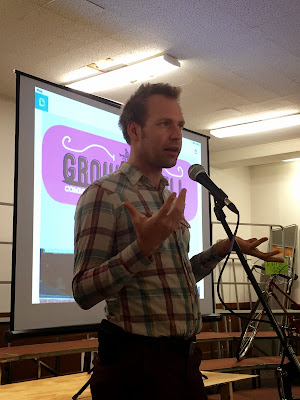 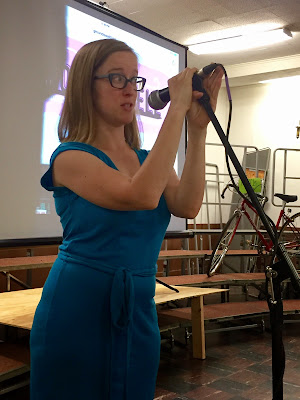 ... showed a series of shorts about bicycling culture. One was about a Mexico City superhero — Peatonito — who stands up for cyclists and pedestrians by pushing cars out of bike lanes and painting crosswalks. And another featured a group that organized a bike ride to combat gang violence.

Microcosm was raffling off zines between each film, and at the end, Revolutions raffled off this awesome bike. And my friend Steven, who comes to our vegan meetups, won! 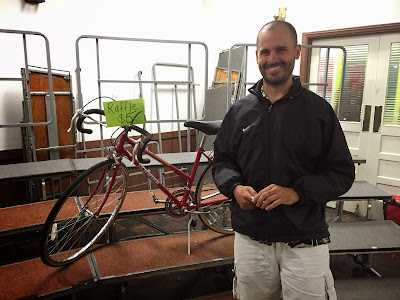 Of course, there were lots of zines for sale! 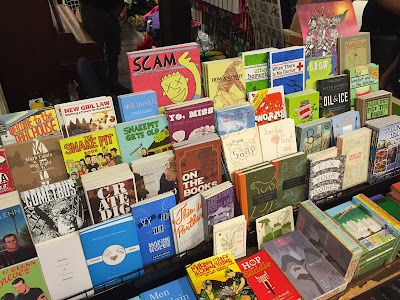 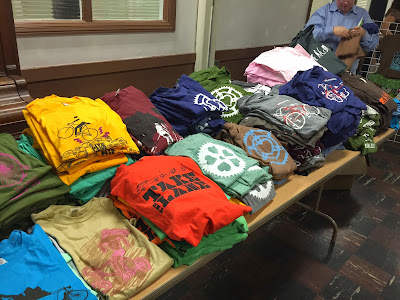 I usually have a hard time resisting tee-shirts, but I'm trying to save money for Vida Vegan Con (it's a week away!) in Austin. So I just got a couple of books instead. I went with Make Your Place: Affordable, Sustainable Nesting Skills (this is packed with DIY recipes for cleaning stuff, body care, and health salves and tonics) and Pedal, Stretch, Breathe: The Yoga of Bicycling (how to do yoga poses on your bike!). Also, got this cute new bike sticker for my cruiser. 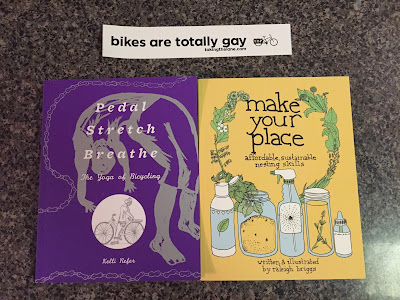 This looks awesome and I'm going to check out whether they ever come to my town -- Albuquerque, NM. I hate to nitpick, but Mexico City is in Mexico, the country, and New Mexico is a state in the US - not the same place! I WISH there were a superhero standing up for cyclists in New Mexico -- we need it, as it's not a very safe place to bike on the streets!!

Oops! Sorry Sarah. I was under the impression that this guy was from New Mexico and not Mexico City. I'll update! Thanks!

Hi Sarah! We're actually coming to New Mexico next June! And we'll bring Peatonito...at least on film! You'll have to get your own mask and cape!