Horray! It's the fifth of May, the day when Americans celebrate Mexican independence even though the holiday isn't actually about Mexican independence. It's really just a commemoration of the Mexican victory against the French in the 1862 Battle of Puebla, and the real Mexican Independence Day is in September (and largely ignored by Americans).

But hey, like most Americans, I'll take any excuse to eat Mexican food and drink margaritas. I'd originally planned to join some vegan friends at Cafe Ole tonight. But after eating fest-y food at a weekend music fest and eating Chinese takeout and cupcakes at my mama's birthday yesterday, I was really craving a home-cooked meal. And it just happened that I got a review copy of the expanded 10th anniversary edition of Hot Damn and Hell Yeah: Recipes for Hungry Banditos in the mail recently. 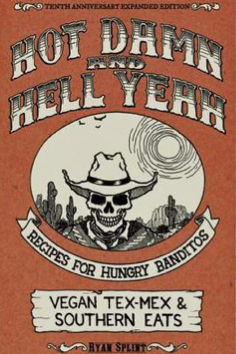 This classic cook-zine (from Microcosm) is filled with vegan Tex-Mex and Southern recipes. And what better way to celebrate an Americanized Mexican holiday than with Americanized Mexican food — Tex-Mex!! I opted for the Summer Vegetable Enchiladas and the Refried Beans from the book. 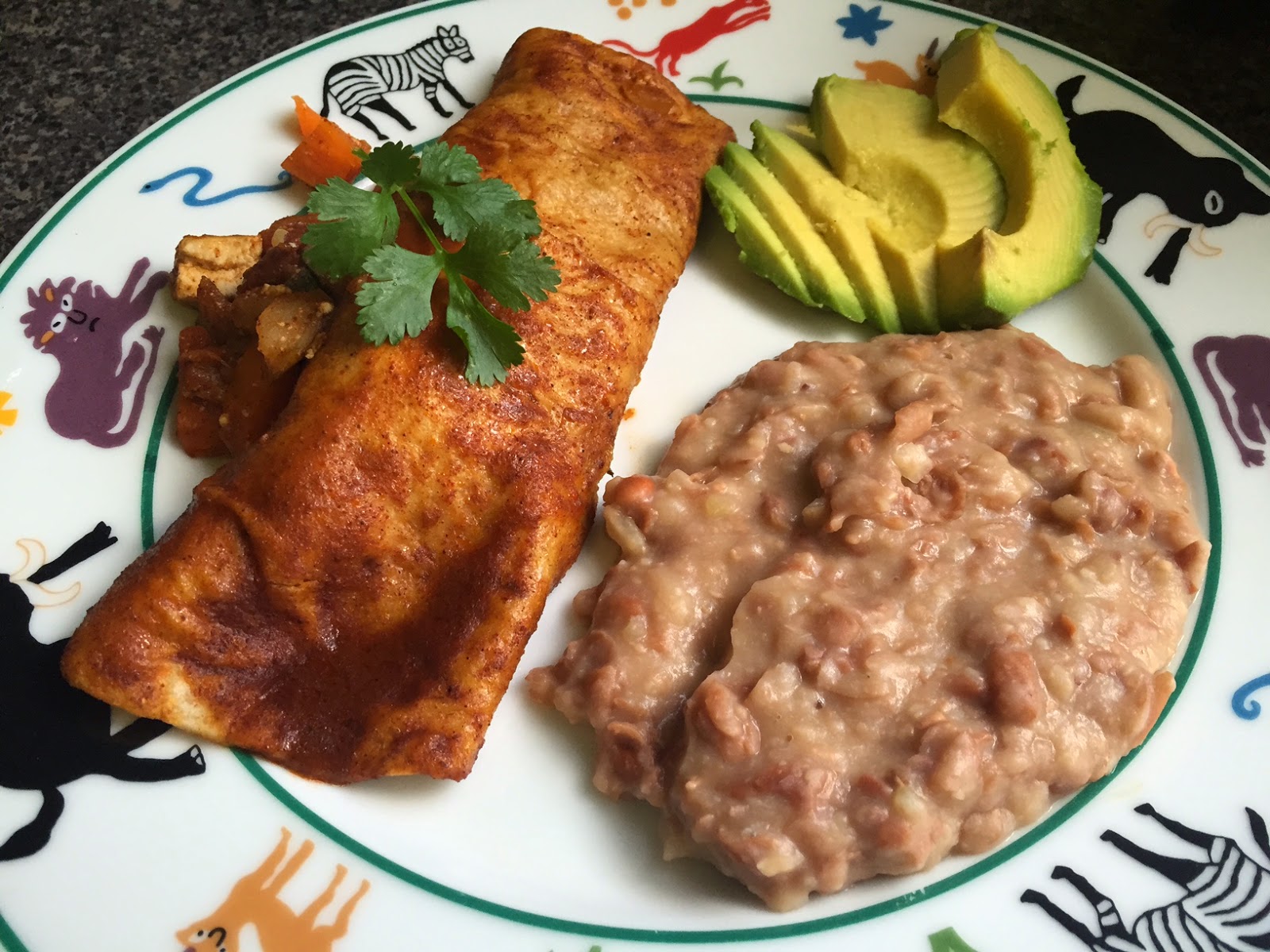 The soft flour tortilla enchiladas were stuffed with a mixture of "beef"-marinated tofu, potatoes, tomatoes, carrots, and zucchini, and they're baked with a homemade enchilada sauce that blows the pants (or should I say pantalones?) off storebought sauce.

The beans were just perfect. And so easy! And practically fat-free! There's no oil in this recipe, and even though I typically avoid oil-free stuff (because oil tastes good and it's good for you!), these beans didn't miss it. Better than any Mexican restaurant beans I've had, and I'm sure those are typically cooked with lard.

Here's the enchiladas before going in the oven. 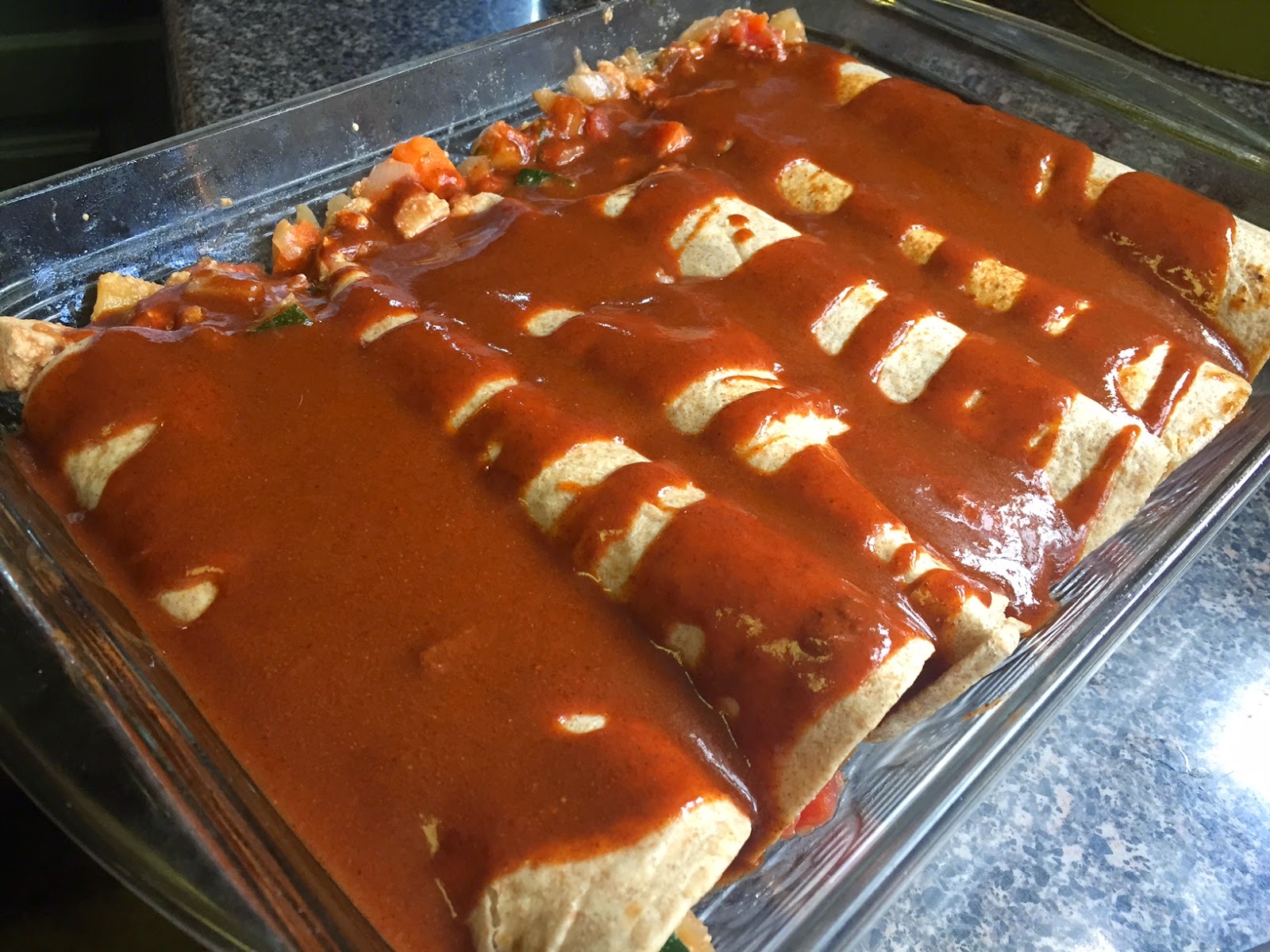 Funny story about that. So my oven sometimes just doesn't work. I'll turn it on to pre-heat, and it'll never get hot. That's what happened tonight as I waited to put these enchiladas in the oven! It was so frustrating, and I was so hungry. So I pulled two enchiladas from this pan, and just warmed them in a cast-iron skillet with a lid. I couldn't flip them, so they got a little brown on the bottom. But they were still very tasty and, I think, prettier than when cooked in the oven. The one in the pic above was cooked in the skillet. Later tonight, my oven finally decided to work, so I was able to cook the rest the right way.

As for Hot Damn and Hell Yeah, I'm loving the new edition. I have the old 2007 second edition, the one that flips over and becomes The Dirty South Cookbook. That edition is fun and definitely less polished than the new one. But the new copy has a ton more recipes. The Refried Beans I made are in both books, but the Summer Vegetable Enchiladas are only in the new one.

In fact, the recipes have pretty much doubled. This edition includes a recipe for tofu/mashed potato-based Breakfast Links, Campfire Chili with beef-style tofu, and (omg) homemade Vanilla Wafer Cookies (for making Banana Pudding!). There's a confectionery chapter with recipes for vegan fudge! And there's Zucchini Bread, Banana Bread, and Herb & Cheese Bisciuits. And best of all, Fried Jalapeno Poppers!

But don't worry. The old standards are still there too — Southern-Fried Spice Mix (for tofu and stuff), Vegetable Mountain with Gravy (just like it sounds), Black Bean & Sweet Potato Burritos, and Sweet Potato Pie.

Obviously, this is the perfect cookbook for Cinco de Mayo, but it's great any day of the year. Cheers! Let's drink to that. To wash down my enchiladas, I had a Stinky Gringo Margarita that my mom gave me yesterday to take home. 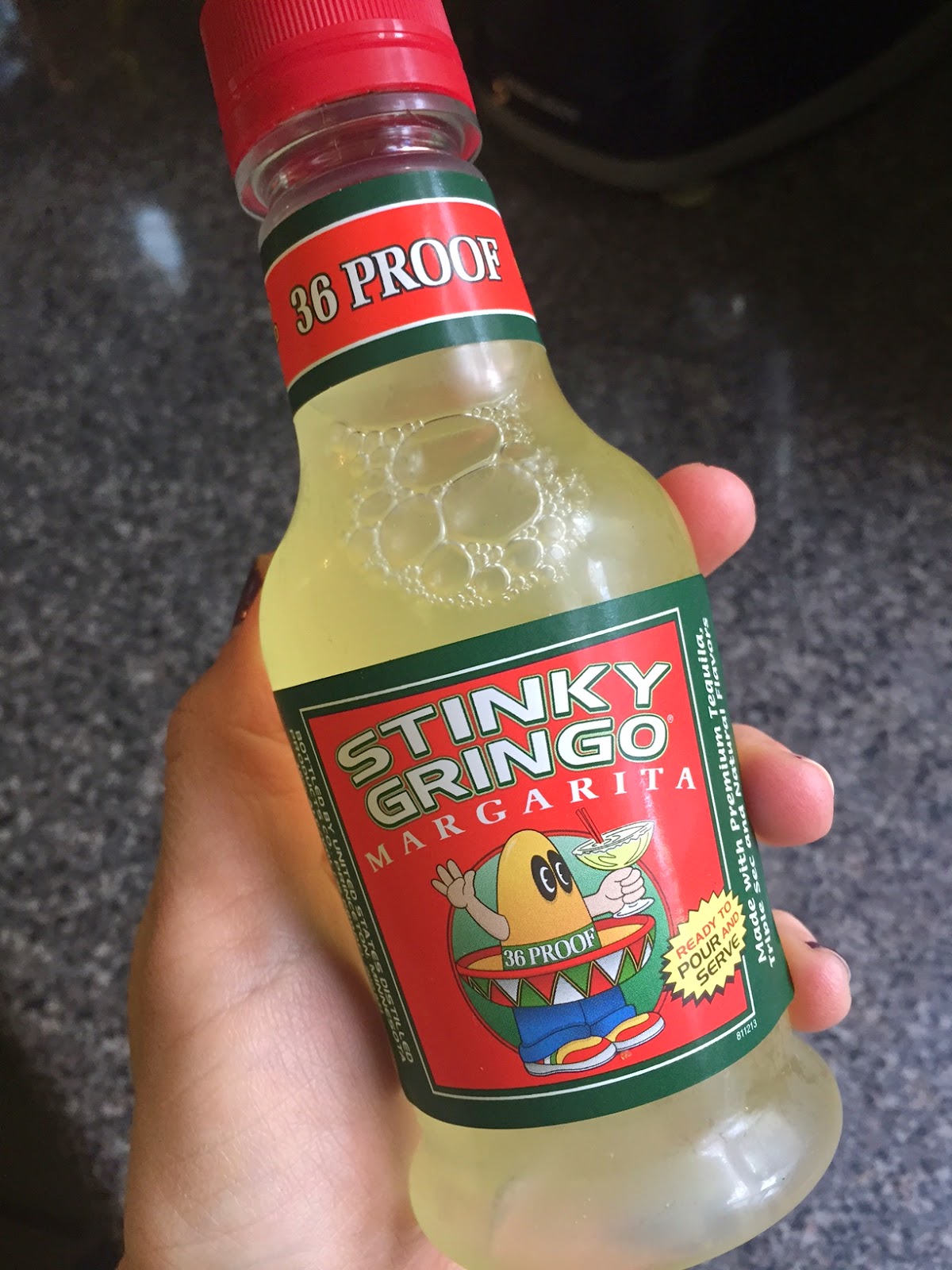 You know, I'm usually not a pre-made mix girl. I make my margs at home with tequila and fresh lime. But I didn't have any tequila (or limes) and didn't want to buy a whole bottle, so this was perfect. Classed it up in my Ball jar wine stem! 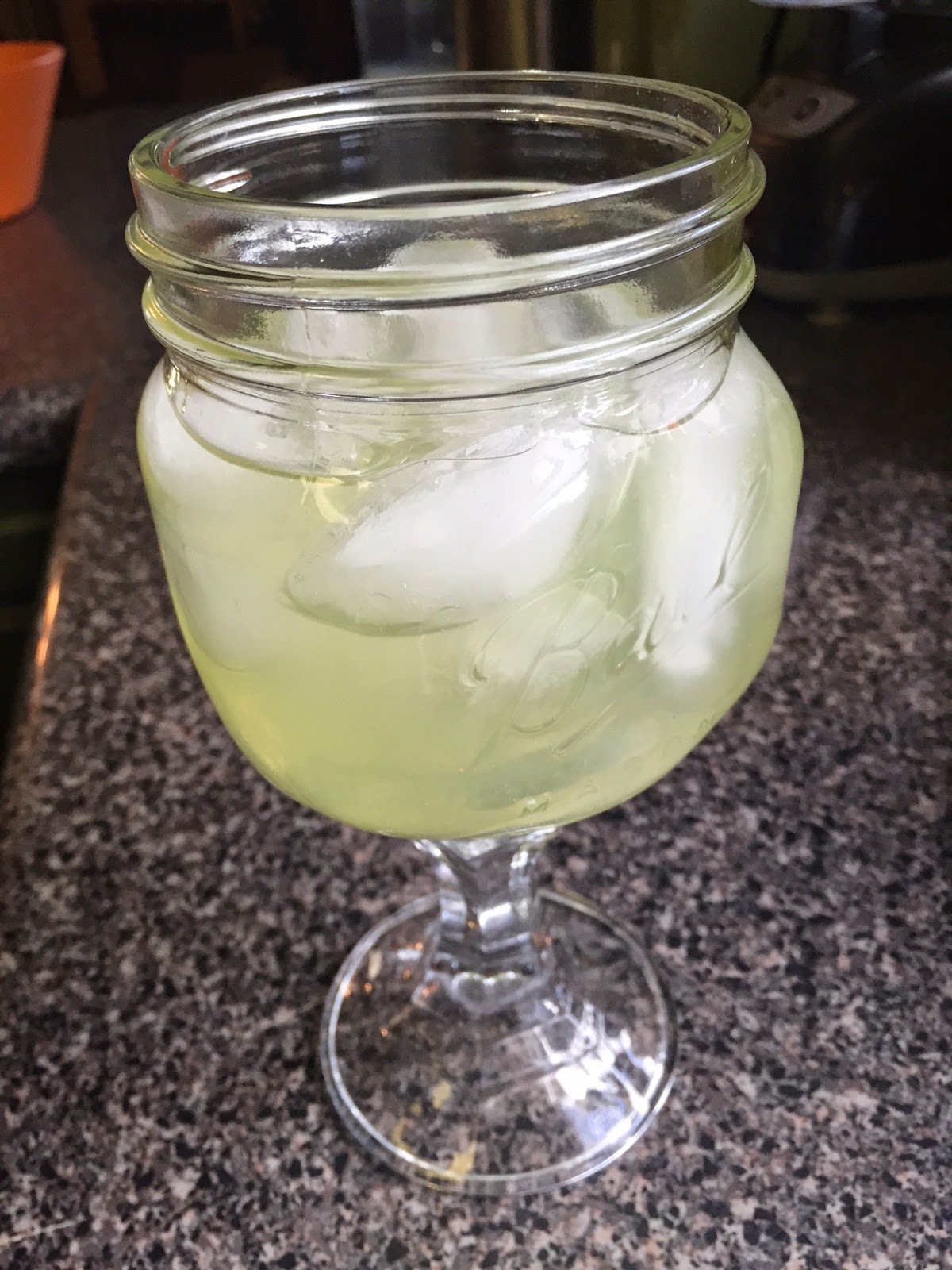 Thanks for reminding me of this one! I have the very first edition in my library - should put it more to use. Gotta love the oldschool cook zines!

While I knew Tex-Mex food was sort of Mexican food, I just realized that I had never figured out Tex-Mex meant Texan-Mexican! Thank you!

Your plate o' food looks awesome! And I love the sound of this cook-zine, especially a Vegetable Mountain with Gravy! Yummm!

ahh I love hot damn & hell yeah. I haven't opened it for ages but their lentil burgers used to be a very regular occurrence in my household! Must dig it out, thanks for the reminder. :)

this enchiladas look amazing... i made enchiladas for the first time recently i don't know why i was intimidated by them before? they're pretty easy...

I ordered this book after reading about your enchildas and refried beans. Love it so far, thanks for the info!