Dear Bibimbap at Kwik Check,
Where have you been all my life?
Oh, that's right. You've been on my "stuff I need to eat in Memphis" list for 12 freaking years!
I'm sorry it took so long. I've wasted so much of my life without you.
Love,
Bianca

Twelve years! Seriously, what is wrong with me? How can something so delicious, like Vegan Bibimbap, be on a stuff-to-eat list for over a decade? I first heard about the delicious vegan food at Kwik Check when I was still a vegetarian and a newbie to Memphis. The little convenience store eatery was just a block from my best friend Greg's apartment back then. He told me about it. Other vegetarians and vegans told me about it. I made a mental note.

Hell, I even included Kwik Check on my Memphis Vegan Dining Guide years ago, even though I'd never been. It was the only place on that list I hadn't tested out first. I just knew it needed to be there because it's a Midtown Memphis staple. Well, I FINALLY tried the legendary Bibimbap last week on a lunch outing with my co-workers Susan and Toby. 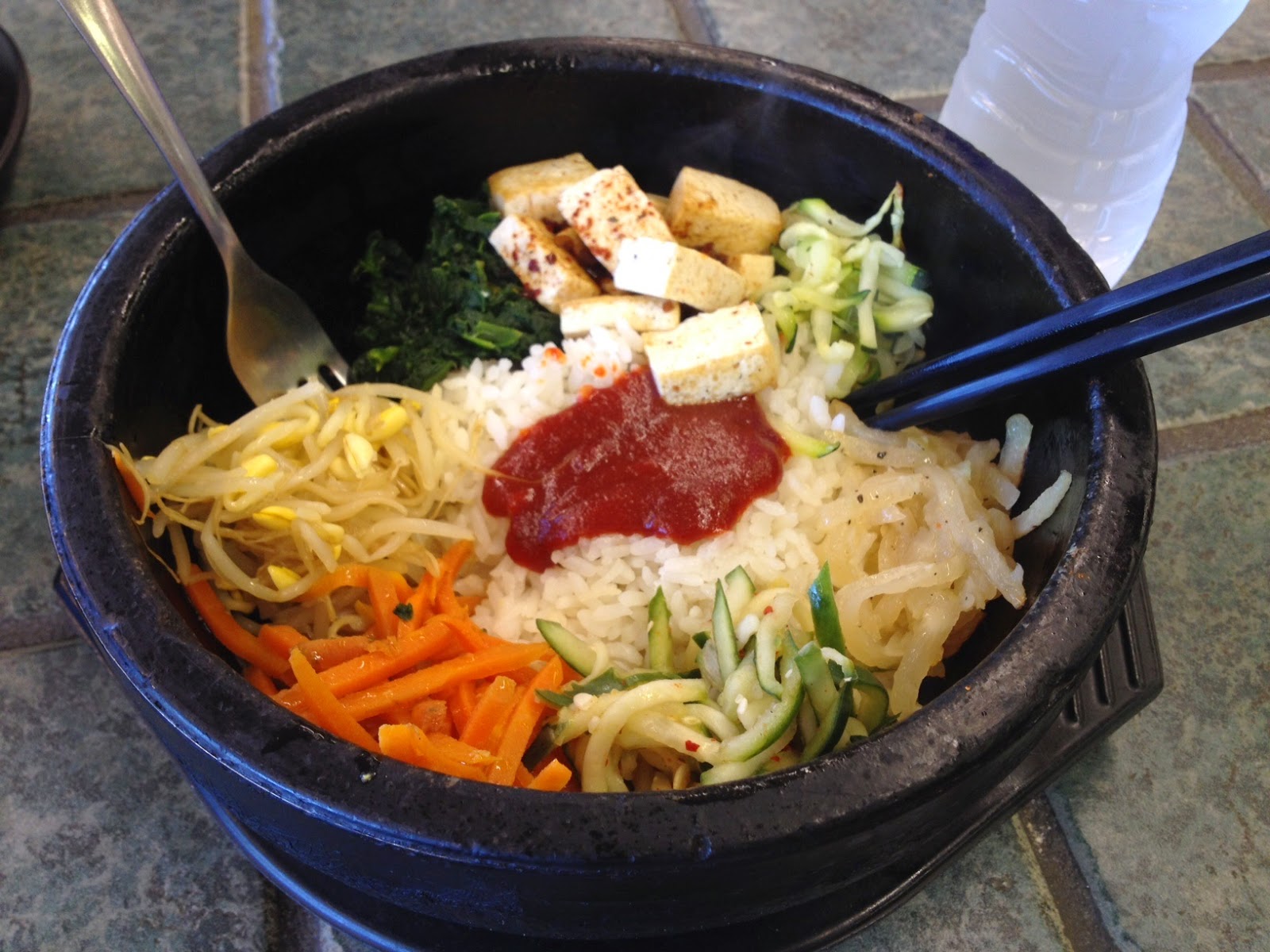 Truth be told, even though I'd heard great things about the Bibimbap, I didn't really know what it was until I ordered it. And at first glance, it just looks like a bowl of white rice with some veggies. But it is so much more than that.

That bowl isn't just any old bowl. It's basically a piece of cookware. It's so steamy hot that it actually continues to cook the rice, creating crispy, caramelized bits at the bottom of the bowl. And it's topped with tofu, cabbage, zucchini, carrots, bean sprouts, and a spicy Korean sauce. It's typically served with a fried egg on top, but when you order it vegan-style, they leave that off.

Well, I certainly won't let another 12 years pass before I have this again! Also, Kwik Check is said to have great falafel, but I haven't had that there either. I did try once. I was on a desperate hunt for falafel one Sunday, and I stopped by three falafel places in Midtown, including Kwik Check, only to be told they were fresh out. I'll have to try again one day, but I'm not sure I'll be able to choose falafel when I can have the Bibimbap again.

I've never ordered bibimbap before, but I know a place where you can get it with fake meats in my town. It looks good.

[ Smiles ] That looks like my sort of vegan dish!

Obviously I need to take a trip there. If there is one thing I miss when I went vegan it's Bibimbap. And trying to order it alacarte at my local Korean eatery is a mix of lost in translation and not sure if it's actually vegan when I get it.

When i worked at a university there was a bibimbap restaurant just around the corner. I really miss Korean food, definitely absent in Germany!