I interrupt this Vegan Mofo for a couple of vegan announcements.

* Unemployed vegans: Imagine Vegan Cafe is hiring an EXPERIENCED vegan general manager! If you live in Memphis (or are planning to move here soon) and need a job, don't miss this opportunity. Kristie and Adam, the adorable couple who own Imagine, were finally able to branch out this year and expand their hours and hire several employees (before, Kristie and Adam did all the work themselves). But Kristie needs someone with lots of restaurant experience to help with point-of-sale stuff, ordering, and other restaurant stuff. Since it's a vegan restaurant, Kristie would prefer to hire someone who is already vegan (or at least vegetarian). If you're interested, call Imagine at 901-654-3455. 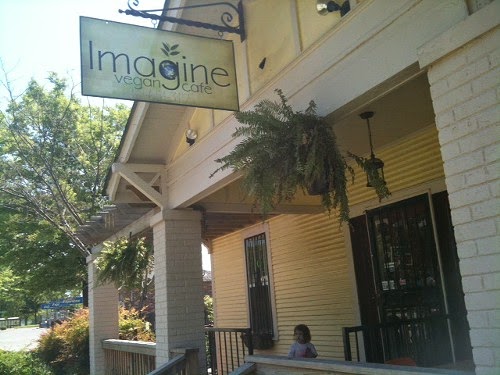 * There's a new vegan meetup group in Memphis! For years, it was just our little Food Awareness group holding things down. Plus, we have our monthly Vegan Drinks meetups, but those are some of the same people who come to FA meetings. But about a month ago, Susan Stern, who just moved to Memphis, established another vegan group, Memphis Vegan Dineouts and Potlucks, using meetup.com.

There have been two social outings so far. Last month, we gathered at Imagine for the inaugural meeting, and last night, we met at Crazy Noodle. It's been pretty cool because I'm getting a chance to meet vegans outside my circle. Plus, Food Awareness has been on hiatus for a couple months while organizer Vaughan moves into and remodels his new house. Here's a blurry picture of us at Crazy Noodle last night. * And that brings me to my final (and most delicious) announcement — Crazy Noodle has VEGAN RAMEN! OMG!

I'd heard my favorite noodle shop had added ramen to their new menu, and because they were already so vegan-friendly, I figured there'd be a number of vegan ramen options. But I'd yet to check it out until our meetup last night. This Mandu Ramen was simply magical. 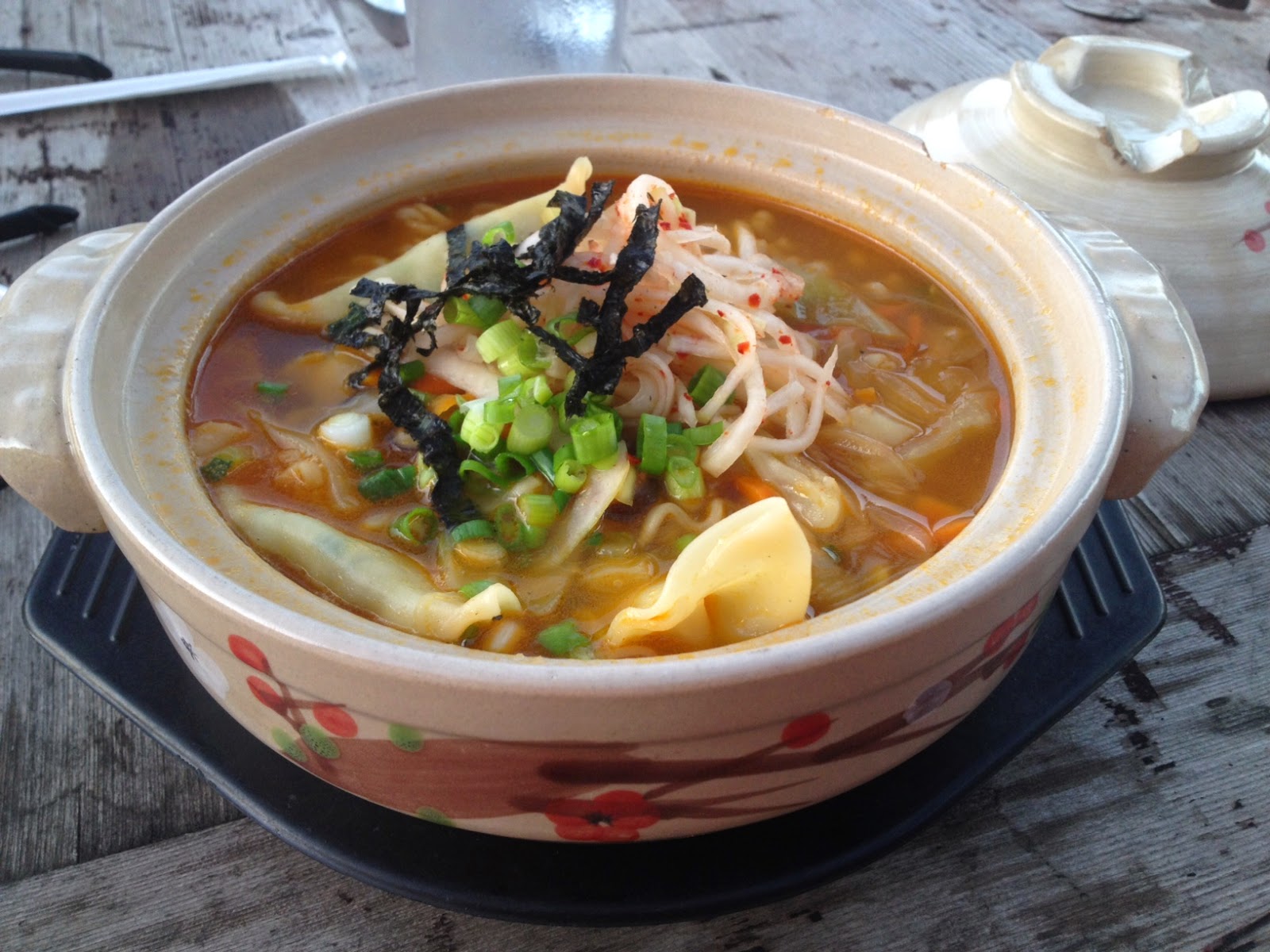 There are a number of vegan bowls on the menu — Tofu Ramen, Miso Ramen, Vegetable Ramen, etc. But you can basically order almost any of the multiple ramen bowls vegan-style. Cassi ordered the Curry Ramen, which typically comes with chicken broth and chicken pieces, but she subbed tofu and veggie broth. Each bowl comes served in this cuteness. 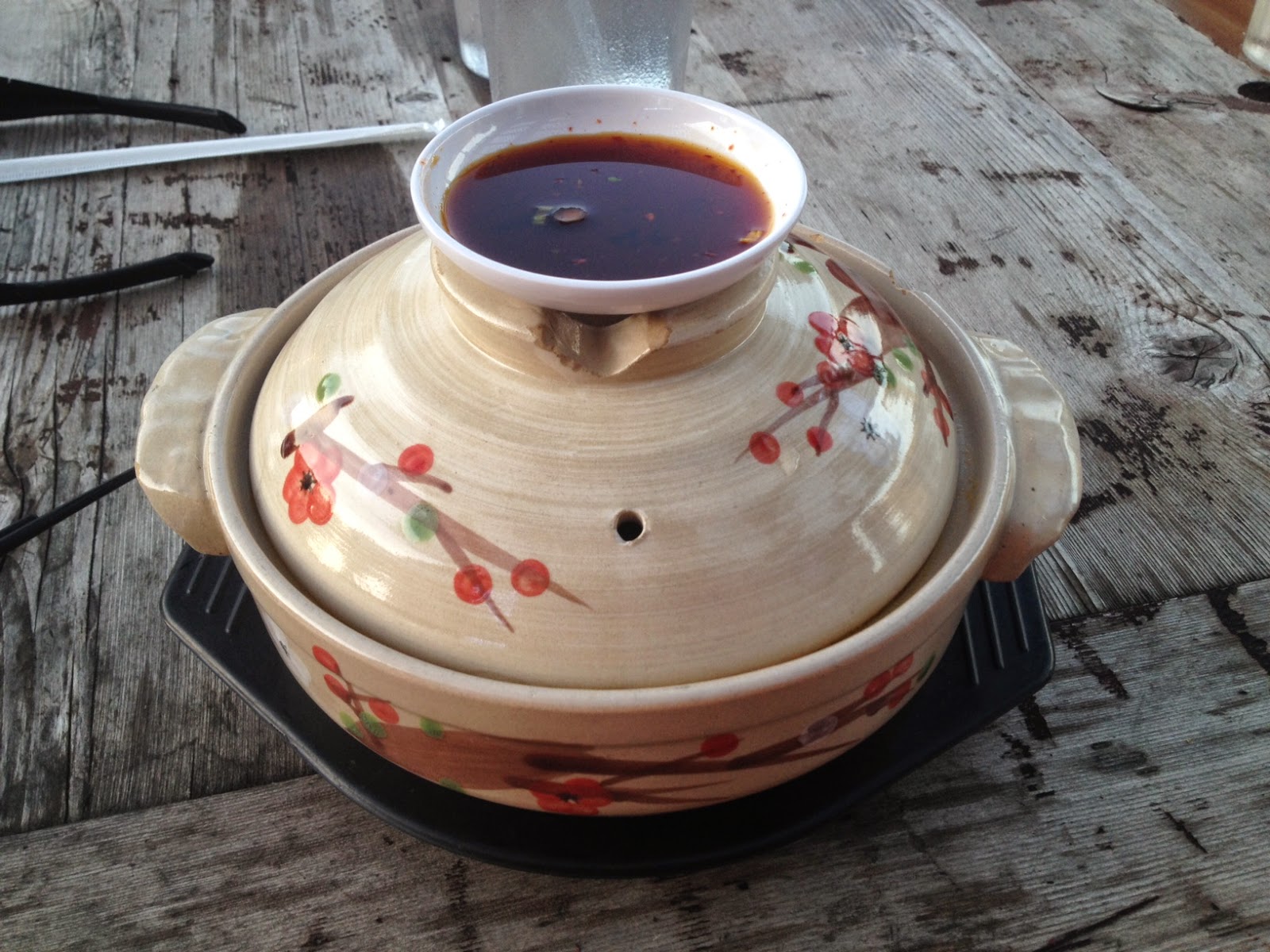 I also learned last night that some of the appetizers that used to contain eggs in the batter no longer do. But I'd suggest clarifying that before ordering in case it changes again. Paul and I split the delicious battered Tofu Jean. 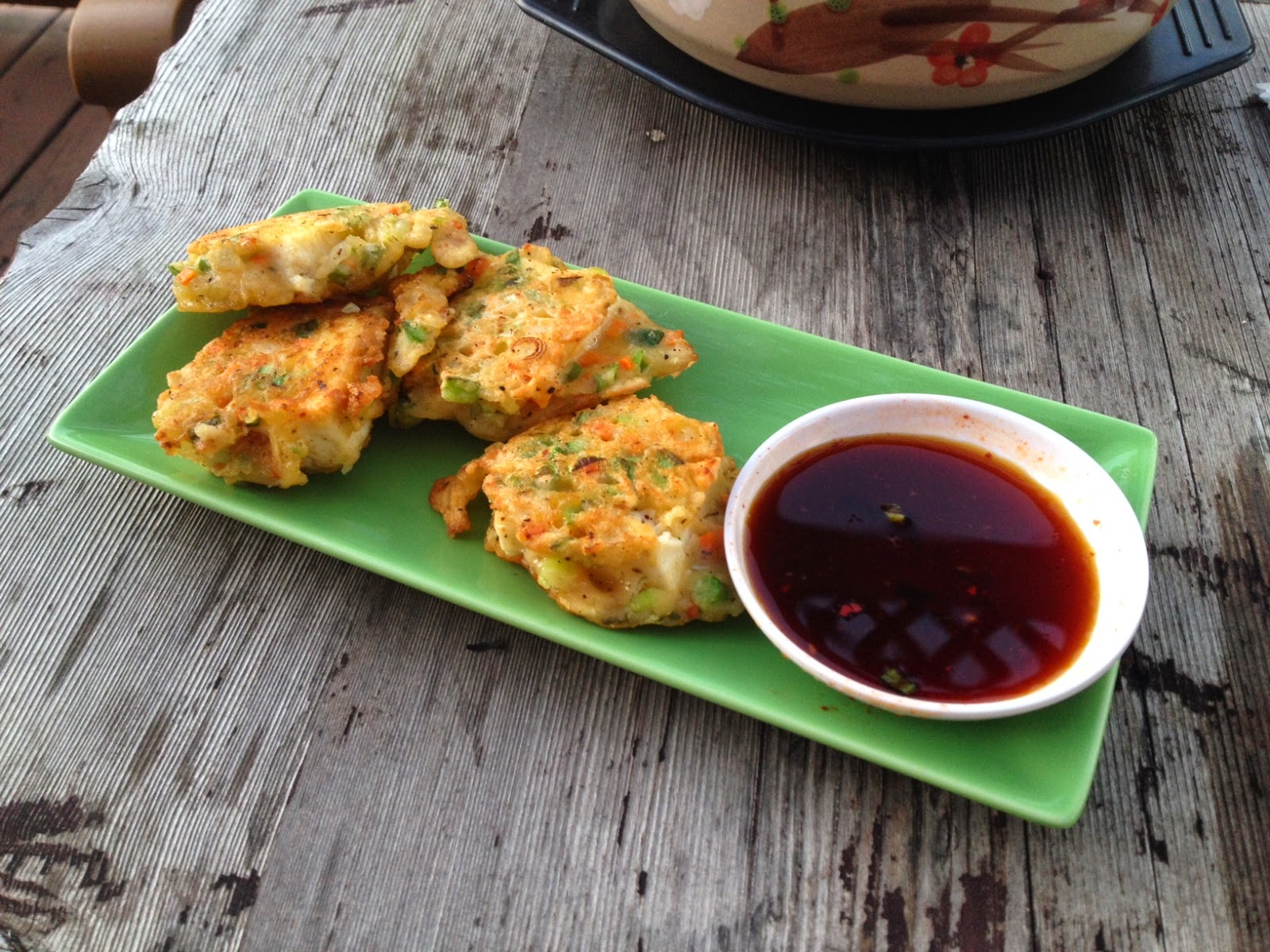 I also learned that Crazy Noodle serves fantastic veggie sushi. Both Cassi and Susan ordered a plate of their Veggie Sushi. I tried a bite, and wow! Even though Crazy Noodle is more Korean than Japanese, this is definitely better than any veg sushi I've had at Japanese sushi joints around town. 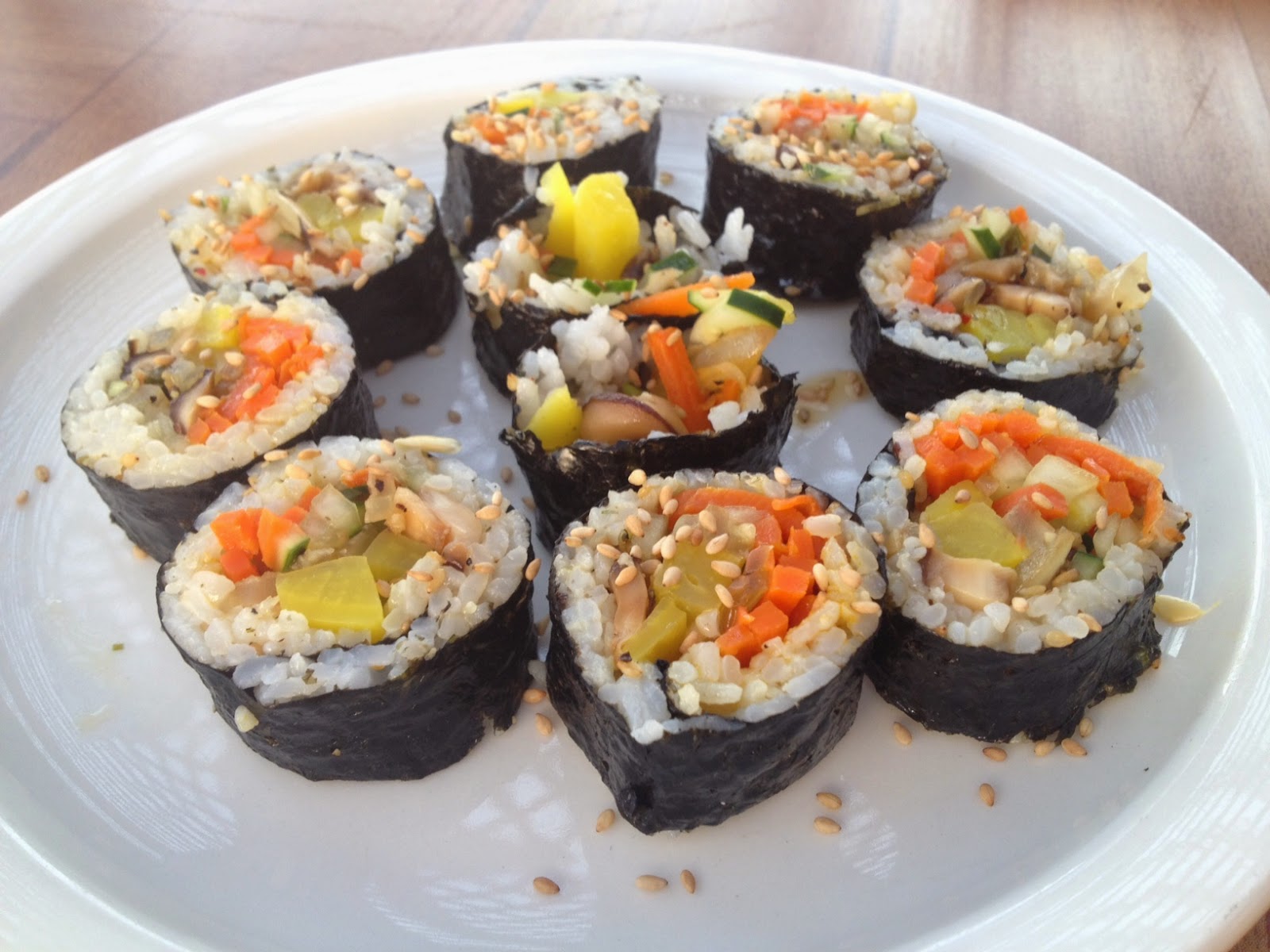 I'll definitely be going back to Crazy Noodle more often. For years, I've ordered the same thing there (Mandu Guk!) over and over, but now I'm determined to try so many more dishes! To read more about Crazy Noodle, check out my original Bluff City Vegan Eats review.
Posted by Bianca at 10:17 PM

Have you had the veggie sushi at Sakura? It's SO GOOD!