We're well into the second week of Mofo and I'm sort of sticking to my Pantry Raid theme. Sort of. I'm supposed to be basing my meals around items I already have in my pantry or freezer. And I'm finding that, while I am indeed doing that, it's nearly impossible to find a recipe you don't have to buy anything for. Tonight's Cookie Dough Protein Shake is a perfect example. 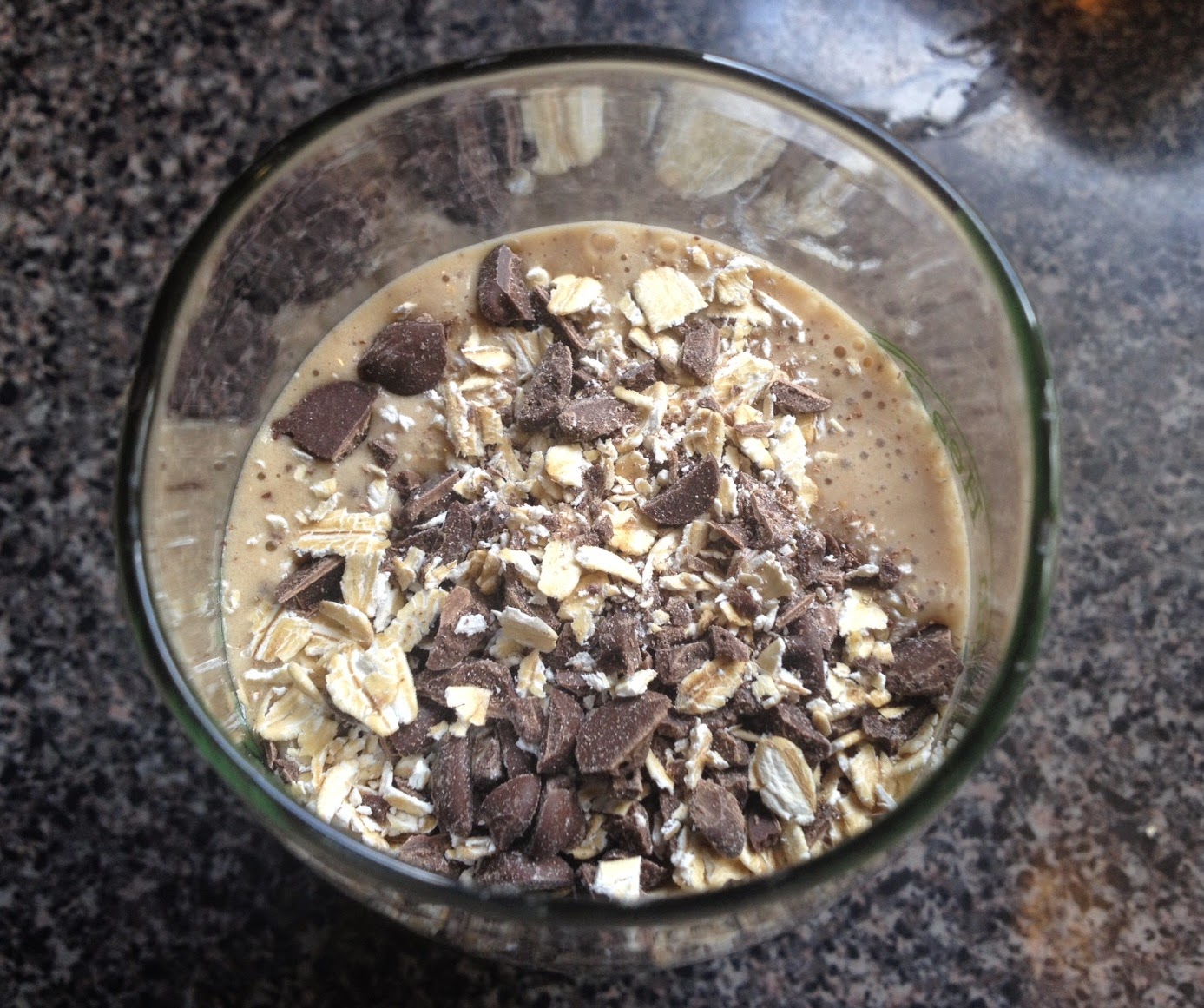 I found this recipe on Chocolate Covered Katie's blog back in August, and I promptly pinned it to my Smooth(ie) Playa board on Pinterest. I pin recipes all the time, but I use the smoothie board most often. Since I make protein smoothie after my runs four days a week, I'm always desperate for new ideas.

This sounded like an awesome one! And indeed it was. I swear to goddess that it tastes exactly like raw cookie dough, but it's totally healthy and perfect for a post-workout meal. It gets that special cookie dough taste from Katie's not-so-secret ingredients — a pinch of salt and a pinch of baking soda! It's that twinge of saltiness that takes this from just another protein shake to a full-on cookie dough experience.

As for ingredients, I had almost everything I needed to make this. Had the almond milk, the salt and baking soda, the oats, the maple extract, the sweetener (I chose Bee-Free Honee), and the vanilla protein powder. I stockpile protein powder since I use so much, so I typically have five or six flavors. I'm fresh out of French Vanilla Vega One, so I used Nutribody Vanilla Protein Powder.

The recipe also called for chocolate chips. And even though I usually have those, I was fresh out. So instead of buying a whole bag and cramming the unused portion back into my overstocked pantry, I sought out an option in the Whole Foods bulk bin. I thought they had vegan chocolate chips in the bins, but I was wrong. They did, however, have carob chips. And I love, love, love carob! Maybe even more than chocolate (because I'm crazy, I know). So I bought just the amount of carob chips I needed to make a couple of these smoothies. Boom! One less contribution to the pantry crisis.
Posted by Bianca at 10:27 PM

[ Smiles ] This looks healthy as well as delicious.

Carob love! I made cookies for a friend and had about a 1/4 cup of carob in the pantry, mixed it in with the chocolate. When I taste tested the cookies, the bits with carob were far superior to the chocolate :)

Bianca, you are the sweetest. Thank you for being one of my favorite people on the internet... hopefully we can meet for real one day and stuff our faces with vegan cupcakes :)

Yummy, thanks for sharing this recipe