Not all sugar is vegan. Most readers probably already know this, but in case you're reading this and you're new to veganism, I thought I should start this post with that statement. The reason? White sugar can be processed with cow bone char, and while not every brand of white sugar is, it's hard to know which brands are and which aren't. For that reason, I don't buy white sugar. That said, if someone else (who isn't vegan and doesn't know) bakes me a vegan treat with white sugar in it, I'll eat it and not worry. But I try to avoid bone char sugar when I can.

It's super easy to find vegan cane sugar these days though! My neighborhood Kroger carries several brands, including their in-store Simple Truth Organic brand. Pure cane sugar that is minimally processed typically has an off-white color. It looks more natural, but it tastes exactly the same.

The problem for me has always been finding vegan brown sugar and vegan powdered sugar for baking. Brown sugar is just white sugar with molasses, and powdered sugar is just superfine white sugar with a bit of cornstarch. But my neighborhood grocery store doesn't sell vegan versions made with unrefined cane sugar. I have to drive way out to Whole Foods and spend an arm and a leg for that stuff. But that may be changing soon!

Zulka makes minimally processed vegan sugar, and bonus — it's also non-GMO! And my Kroger sells Zulka's Pure Cane Sugar for a very affordable price. I buy that all the time. This past weekend, it was on sale for less than the generic store brand! Now Zulka has come out with a Brown Pure Cane Sugar and a Powdered Pure Cane Sugar. 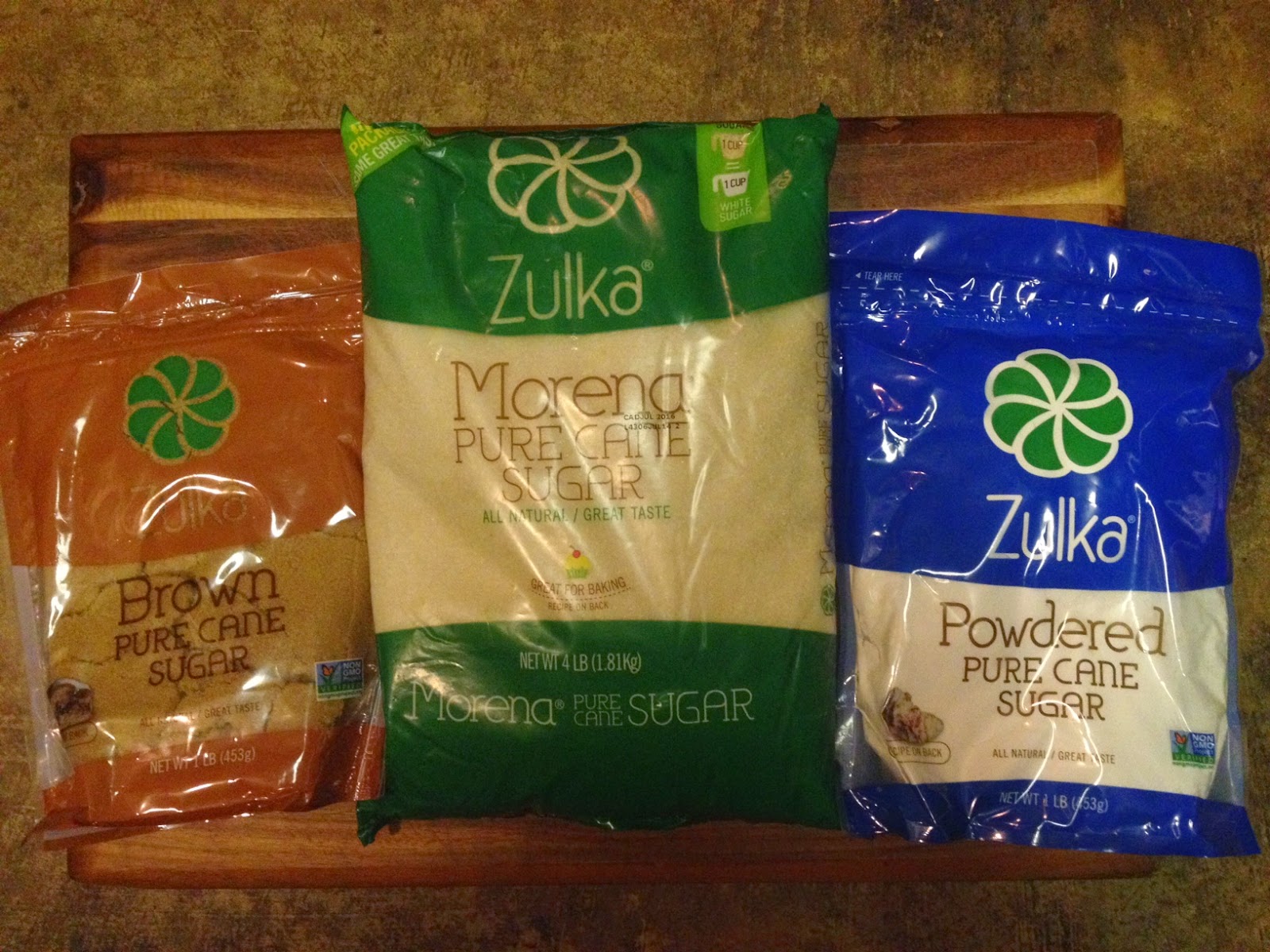 They sent me a package of each to try, and I ran down to Kroger to buy some more regular Zulka sugar (pictured in the center). The new sugars aren't in stores yet, according to their website. But they're coming soon, and since they tend to sell in more mainstream locations besides health food stores, I'm hoping we'll get them in my Kroger.

To try these, I decided to make cupcakes! I had plans to attend an autumn equinox potluck this past weekend, so I made some very autumn-y cupcakes — Maple Cupcakes with Sugared Walnuts and Maple Buttercream. 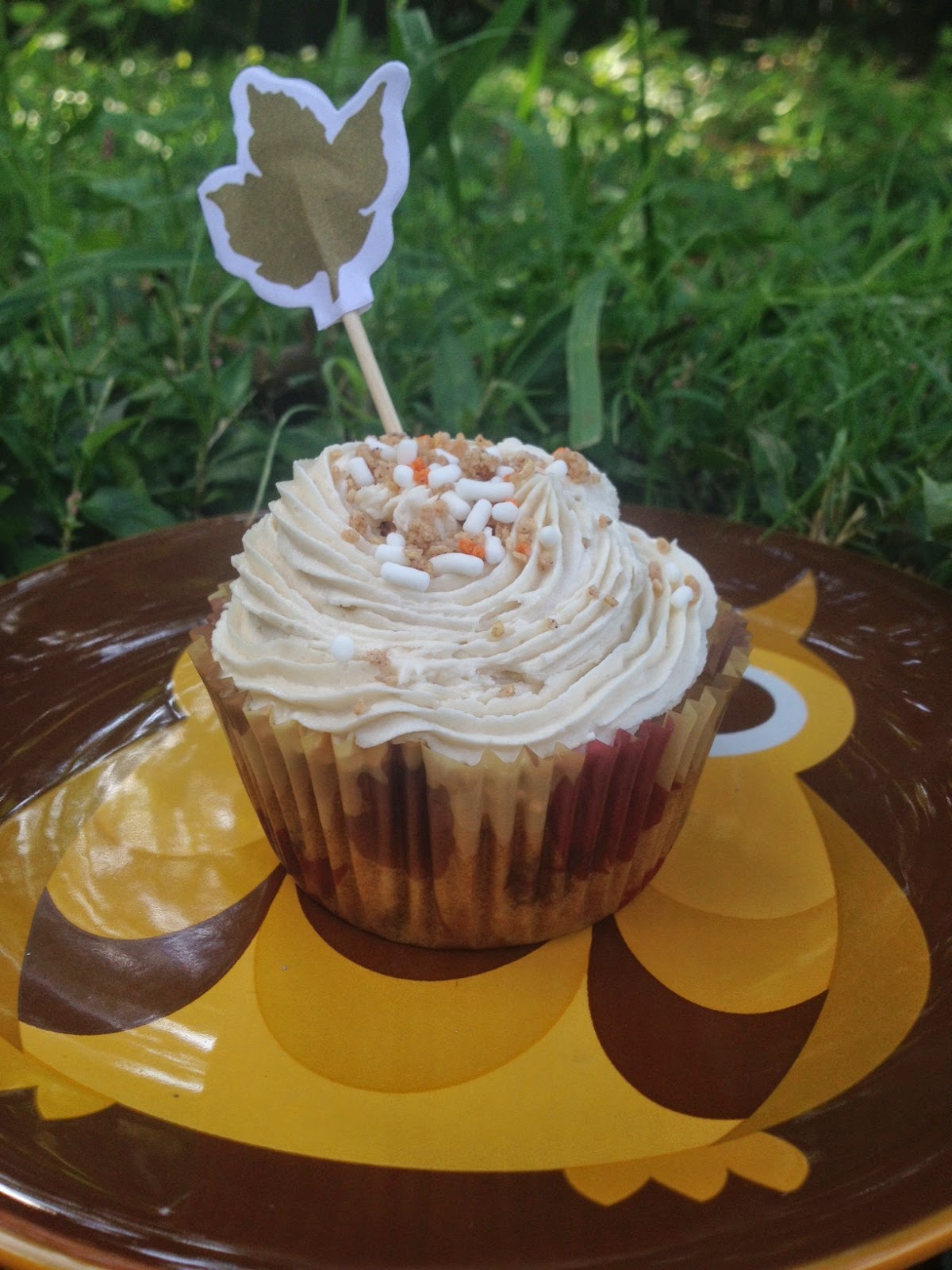 The cupcake recipe is in Vegan Cupcakes Take Over the World. They're maple cakes flecked with cinnamon-sugar candied walnuts. The recipe calls for a maple frosting made with soy milk powder, but I didn't have any. So I made the basic buttercream from the book and added a touch of maple extract. These were a huge hit. One guy exclaimed "Sweet Jesus, lord in heaven!" when he bit into one. So I'm pretty sure he liked them.

So how were the sugars? The recipe called for two tablespoons of brown sugar. And as I was scooping it out of the bag, I noticed the sugar was slightly drier than the refined brown sugar I grew up with. But it wasn't hard or chunky. So that was fine. It didn't need to be super-moist. That's just what I'm used to.

The powdered sugar seemed exactly the same as the old bone char kind, except I could use it in good conscious. When blended with vegan margarine and vegan shortening, it made for a very creamy and sweet buttercream.

I love Zulka sugar, and I cannot wait until these arrive in stores. They also have a new Picante Sugar with a hint of chili powder that sounds right up my alley!
Posted by Bianca at 10:00 PM

I am so glad that all the sugar we have in Australia is vegan, the two main companies even have that they don't use bone char on their websites.

When our supplier at the bakery was out of vegan brown sugar for a while, we just started making our own. And then never stopped. It was way cheaper! Now I'm going to have to do a Mofo post about it. :-)

I thought that organic sugar was free from bone char processing. I can find organic sugars in my regular grocery stores.