Last Saturday, I was on a 50K relay team for the Big Buffalo 50 in Shelby Farms. This is the same race that I ran for my second 50K last fall, and it was too soon to run another 50K. But I love this party race and wanted to be involved, so I convinced my friend Peter (who owns a running coach/race directing company) to put a relay team together. And so he did. Here we are — the Motivated Trail Misfits. 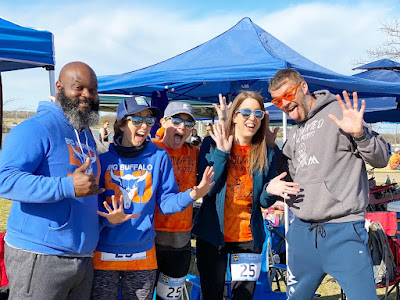 But let's back up to the night before. I always have pasta the night before a long run or race, so I made Whole Wheat Spaghetti with Beyond Sausage, Spinach, Mushrooms & Marinara. Perfect! 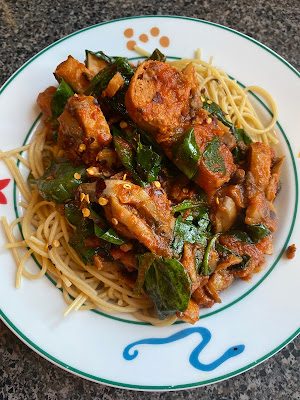 Each of us had to run 6.2 miles of a looped course that was mostly trail (and a little pavement), and since there were five of us, that totals a 50K distance. They changed the route a bit from last year when I did the 50K on my own, and it was much better. I was fourth in line to run, so I spent a lot of the day hanging at the tent and waiting around to run. While I waited, I snacked on peanut butter pretzels, salted potatoes and dates. Carbs!!

Here I am ready for my loop! 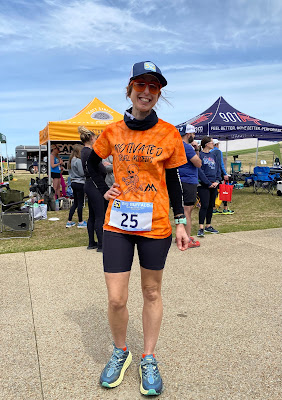 My leg of the run went great, and I made pretty good time for a trail race. I'm typically a slower runner, and I was worried about holding up my team. But luckily, we had a good mix of all paces in our group, and we weren't worried about winning any awards.

After my loop, it was finally time for beer and tacos! El Mero Taco truck was there, and when I went to order, I noticed they were out of veggie tacos. But before I had time to be sad, my vegan pal Ranise (who works on the truck) popped her head out and said, "hey, I know we're out of veggie tacos, but I can whip you up something." YAY! Vegans look out each other! Here's what she made me — Sweet Potato Tacos with Avocado Slaw. These hit the spot. 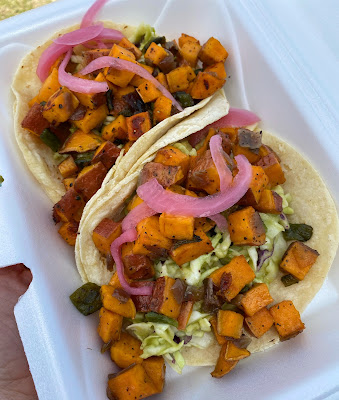 What a fun day! The Motivated Trail Misfits are already talking about what kind of team events we want to get into next. Stay tuned!

Sounds like a fun day! I am glad you were able to get some tacos.

This sounds SO FUN! I've never run a relay race but I would love to someday. I can't wait to hear what else you and your team do. And your tacos look delicious- glad you got them. It would have been very sad to be taco-less!

What a fun day! And I'm glad your friend was looking out for you with some delicious tacos.