A couple weeks ago, a coworker gave me a bag of pizza dough mix that she'd made using Mark Bittman's pizza dough recipe from the New York Times. It had the yeast and salt already mixed in, so all I needed to do was add olive oil and water. Last Friday, I mixed it up on my lunch break and let it rise during the afternoon. And then, when I got home, Paul and I each made our own pizzas. I used vegan mozzerella for mine, and Paul used dairy cheese. But we both used vegan salami by Renegade Foods, bell pepper, spinach, basil, and spicy mushrooms that Paul sauteed. Oh, and mine had black olives. 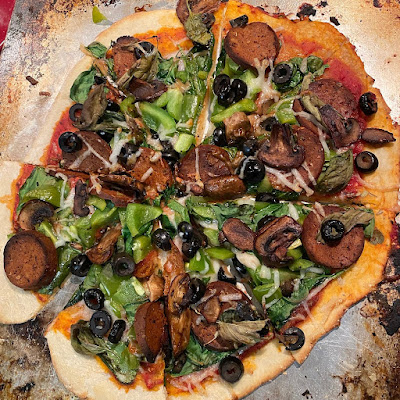 Paul had never made his own pizza, and he had so much fun. And he said his pizza was better than any pizza he'd ever gotten in a restaurant! 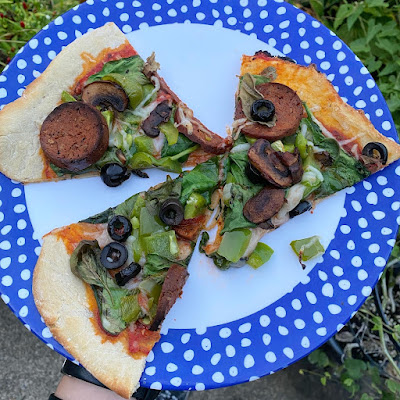 We had some leftover mashed potatoes last week that I repurposed for lunch. I topped these with steamed frozen veggies (peas, green beans, broccoli) and lots of gravy! 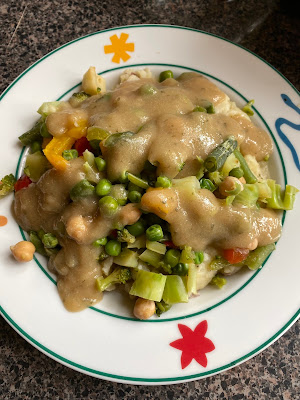 Curb Market at Crosstown Concourse now carries Vevan products, and they sent me home with some Vevan Antipasti to try. It has little bits of vegan mozz marinated in olive oil with kalamata olives, banana peppers, and these cute little red peppers. I've been eating it with fresh sourdough baguette from Lulu's. 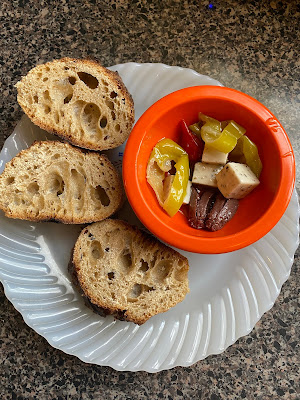 Also from LuLu's: I picked up this cute Monkey Bread Muffin this weekend from the Cooper Young Farmers Market. They made these with the leftover sourdough biscuit scraps and a brown sugar glaze. Sooooo good. 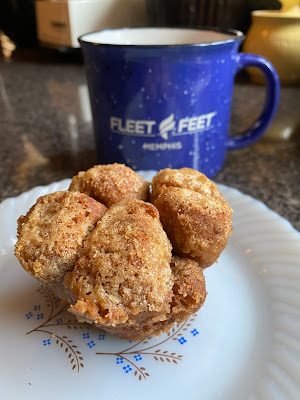 Wow those look like artisanal pizzas! No wonder Paul loves them so much!

Those are some fancy pizzas, I love all the greens on them.
And that monkey bread muffin looks incredible.