I only made three resolutions for 2017 — read more (that's always on my list), run a few more marathons (my second-ever marathon is next weekend!), and cook from every holiday chapter in Isa Chandra Moskowitz's The Superfun Times Vegan Holiday Cookbook.

The book isn't just for major holidays though. There are chapters for all kinds of special occasions, including the Oscar's Party. I've never been an Oscar's Party person mostly because I don't have cable. And since none of my friends are really Oscar's people (and most also don't have cable), I've never been invited to an Oscar's party. And that's okay because I probably haven't seen any of the films anyway.

But I had to cook from the Oscar's Party chapter, so tonight, I started a new tradition. Since I couldn't watch the award ceremony, I decided I'd chose one Best Picture film to rent on iTunes while I enjoyed Isa's delicious party finger foods. This year, that film was Moonlight — the coming-of-age story of Chiron, a young black man in Miami. Of course, my night started with an Extra Dry Dirty Martini (vodka, always). 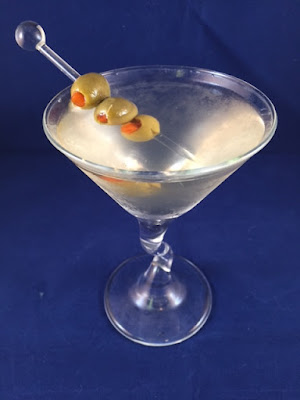 I chose three party snacks from The Superfun Times. These Pistachio-Crusted Cashew Cheese & Strawberry Skewers were almost too fancy for my little party of one, but that was okay! These were so good. Soft balls of cashew cheese are rolled in chopped pistachios and served with fresh berries. The cashew cheese is made with coconut oil, so it has a very firm texture when it's cold, and it starts to soften as it comes to room temp. 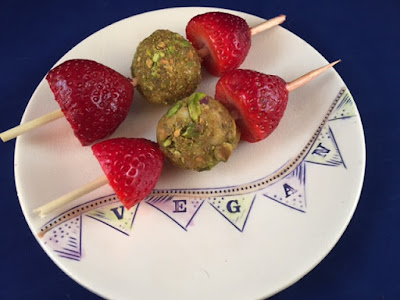 I also made Isa's Swanky Mushroom Pate. This was soooooo good! I always love a mushroom pate, and this one had creminis, dried porcinis, and truffle oil for some triple shroom action. I served with crackers and a few (not pictured) baby carrots. 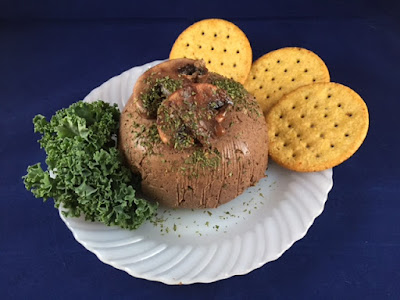 I was just going to make those two things, but just a couple hours before showtime, I started to feel like something was missing. Duh. Popcorn!! Dessert!! I cut two carrots with one knife and whipped up Isa's Salted Caramel Corn with Peanuts. I air-popped the popcorn and coated it with a salty-sweet caramel topping and roasted peanuts. 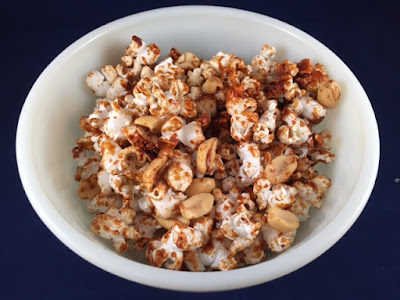 Moonlight was really great! I'm glad I chose that film to watch. And while I was watching, my mom, who was watching the actual Oscar's, texted me to say that Mahershala Ali won the award for Best Supporting Actor. Totally deserved!

I don't see myself getting cable anytime soon. Don't have time to watch it enough to justify paying. So I hope to keep this new Oscar night tradition going year after year!

UPDATE: I wrote this post last night and went to bed before the Oscar's were over. I woke up this morning to the news that Moonlight won Best Picture (after Warren Beatty and Faye Dunaway mistakenly announced La La Land had won! Oops!). Anyway, go Moonlight! It's a great film and totally deserves that award!
Posted by Bianca at 9:26 PM

I don't have cable either, but with a cheap (~$30) antennae I can watch any show on network TV, so I was able to watch the Oscars! But your party of one still beat mine because my snacks were lame :-)

such a cute party of one! I'm totally not into the Oscars, but I would like to see Moonlight!

I don't have cable or a TV!! But I really want to see Moonlight, I've heard nothing but good things. Your snacks looks so delicious, especially the pate. I love a mushroom pate!!

Your party of one sounds awesome, great snacks.
They do show the Oscars live here (in the middle of the day given the time difference), but I am only really interested in the dresses and then I generally get bored. Plus I have never seen most of the movies. I am kind of glad I didn't see the confusion at the end because I would have died quite a lot of embarrassment on their behalf.
I am also doing a similar challenge for Superfun Times. Yesterday I made the pesto chickpea salad bruschetta and we ate it while watching the news. Tomorrow I will make the tofu scramble and grits recipe from the Mardi Gras chapter.

How fun!! Those cashew cheese skewers are so pretty, those would be perfect fancy party food! I'm a fan of about any mushroom pate though it's always rather involved so i don't make them often. Great idea with the popcorn
Ttrockwood

I have Isa's book and REALLY need to try that popcorn, it looks fantastic!