This afternoon, I competed in the Tennessee Equality Project's annual gumbo competition at the Hilton. It's my fourth year competing. But I skipped last year since Fat Tuesday fell so early that the contest was held during my yearly January reset eating plan! Plus, I just kind of needed a break last year. Making three gallons of gumbo is HARD WORK.

The event is a fundraiser for TEP, a non-profit dedicated to advancing and protecting the civil rights of LGBTQ Tennesseans. They do great work fighting against homophobic bills (like the dreaded bathroom bill), and they push for pro-equality legislation (like Memphis' non-discrimination ordinance protecting LGBT city employees).

My team name for years has been Who Dat Crunk Vegan. I just keep reusing the same sign! 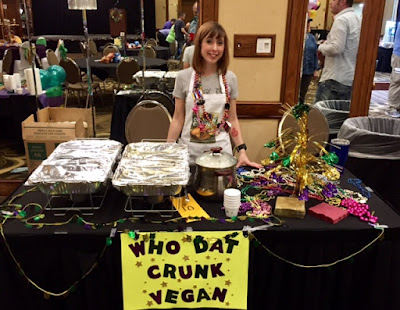 Each year, I try something different. And this year, I went the simple route with a classic Gumbo Z'herbes. Also known as greens gumbo, z'herbes was traditionally consumed on Good Friday, which was a day of abstinence from meat for some Catholics. I used Isa's recipe from the The Superfun Times Vegan Holiday Cookbook, but I spiced it up with my own touches — basil, marjoram, thyme, cayenne, Liquid Smoke, and some Slap Yo Mama Cajun seasoning that I picked up in New Orleans last time I was down. For the greens, I went with collards, kale, and turnip greens. 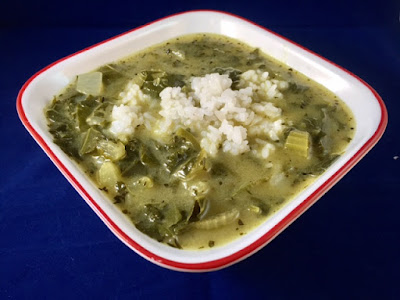 I really loved this gumbo! It had a complex roux with a heat that builds. And even though I've typically added some sort of protein — tempeh, tofu, vegan seitan sausage, even beans — in past years, I think this was best as a stand-alone veggie-based stew.

For the first time in TEP gumbo contest history, there was a vegetarian/vegan category! It was judged in a blind taste test by my bud Justin Fox Burks from The Chubby Vegetarian. And there was some stiff competition with four vegan gumbos! My friends Stephanie, Don, and Kenzie also had a team, and they took home the vegetarian award! Bitches. Haha. For real though, their gumbo was amazing. 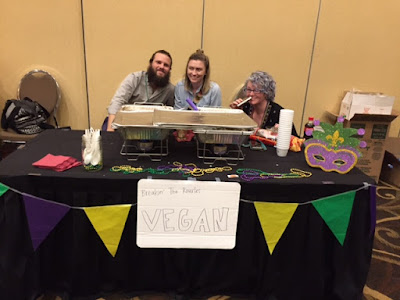 They made a gumbo with tofu and mushroom scallops, and their roux was on point. Just the right level of heat with lots of flavor going on. 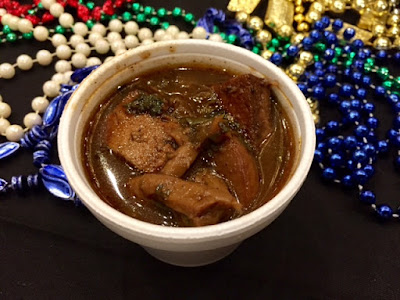 I wandered around a bit during the contest and tried this yummy vegetable gumbo with crispy tofu. LOVED that tofu on top. I also loved that they used scallions as a garnish. I may try and step up my garnish game for the judges next year. 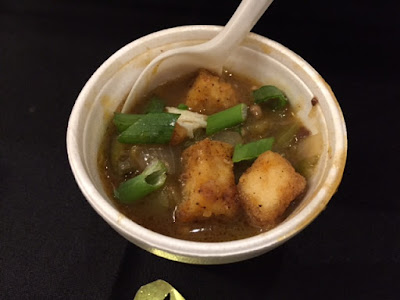 There was also this very veggie-heavy gumbo that had lots of okra. You can never go wrong with okra. 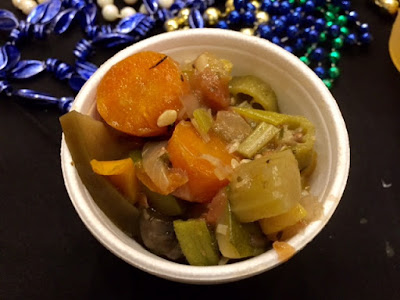 It was exciting to have so many vegan options! So many people stopped by the table and told me they were vegetarian and were so happy to be able to try more than one gumbo this year. In years past, it was always just me or Cassi (who competed last year when I sat out).

Anyway, here were my helpful teammates, Andy and Wes. I wouldn't let them help me in the kitchen since I like to cook alone, but they helped carry stuff and dish out gumbo. 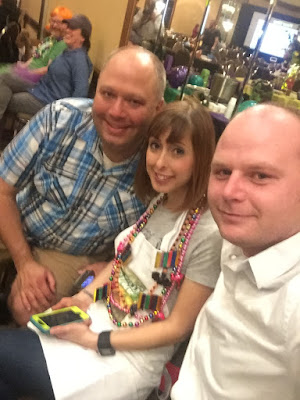 And Andy handed out beads! 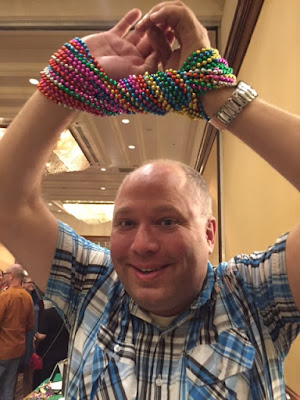 There was a brass band. 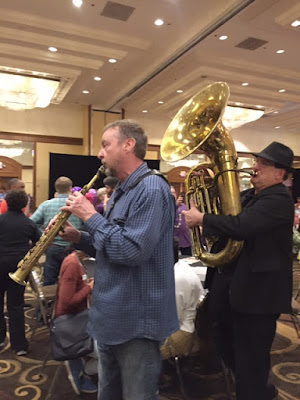 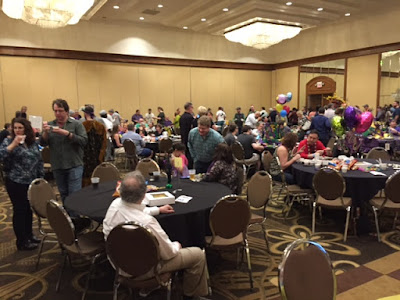 Overall, great event from TEP. I'm glad it's over for another year though. I spent about five hours working on my gumbo yesterday, a couple hours reheating it this morning, and several more at the event. It's definitely an all-weekend affair. But such fun!
Posted by Bianca at 9:56 PM

Your gumbo looks amazing! I realized while reading this that I've never actually had gumbo. I've also never had okra, I'm scared of it. I've heard it needs to be prepared correctly or it's slimy and slime was all I needed to hear to be terrified!
I love that vegan and vegetarian options keep increasing, awesome news!!
I laughed when you mentioned your helpers. I am the same way in the kitchen, I like to cook alone and do my own thing.

Yum, your gumbo looks great and great to have vegan represented. Looks like a fun and exhausting event!