Okay, I know I said I'd do more random meal round-ups today. But I'm going to save those posts for later this week because I had a fabulous food weekend that I want to share over the next couple days! Two new vegetarian cookbooks by Memphis authors have hit stands over the past couple weeks, and this weekend was all about celebrating those books! I went to a dinner party highlighting dishes from my friends Justin and Amy's new book (but more on that in tomorrow night's post).

Today, Cassi and I attended the launch party for Marisa Baggett's Vegetarian Sushi Secrets, a totally vegetarian (mostly vegan) cookbook. I did my own review of her book in this post last week, but today, I got to try a number of the sushi rolls made by Marisa herself. The launch party was at Marisa's lovely home in East Memphis, and Justin and Amy (the other folks with a new book out) were there to introduce Marisa before her talk. Justin and Amy (of the Chubby Vegetarian blog) also wrote the forward to Marisa's book. 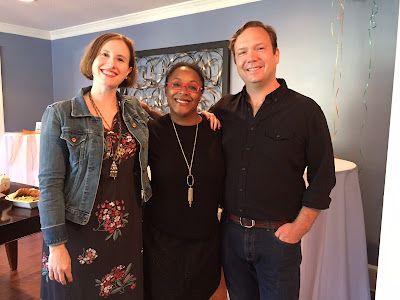 Marisa had a full spread of sushi samples for her guests. These were all from recipes in the book. My very fave were the Vegan "Soft Shell Crab" Rolls. She created vegan "crab" using enoki mushroom tempura, and they were to die for. I also loved the rolls (on the far left in this pic) with shredded tofu inari inside and avocado on top. 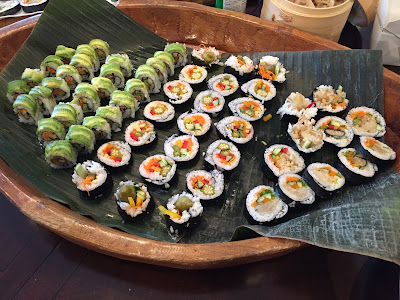 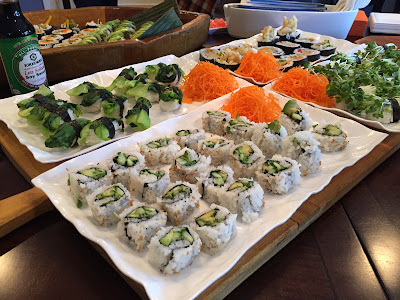 There were adorable mini takeout containers of sesame kale salad with almonds and cranberries! Best kale salad I think I've ever had. I love sesame oil in anything. 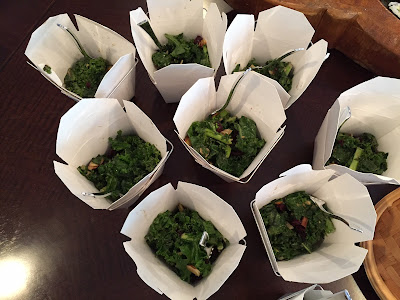 She also had sake, beers, and Memfizz (a new sparkling probiotic beverage made right here in Memphis!!). Cassi and I had some sake and the Memfizz. This stuff is awesome, and I'll likely do a full review soon. 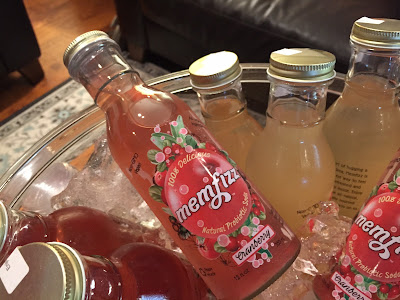 After a short and funny talk about how she became a sushi pro, Marisa led a demo on how to make those "soft shell crab" rolls. I've been rolling my own sushi for years, but mine is always a little ugly. I learned a few tricks today that may help me create prettier sushi! 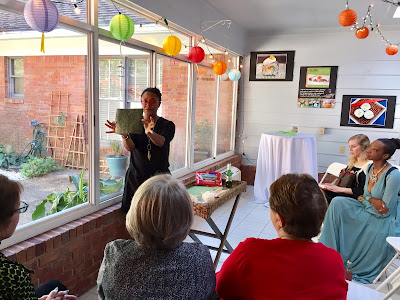 Marisa's book is available now on Amazon! It's by far the most comprehensive vegetarian sushi book out there, and I'd say about 90 percent of the recipes are vegan (or easily veganizable). 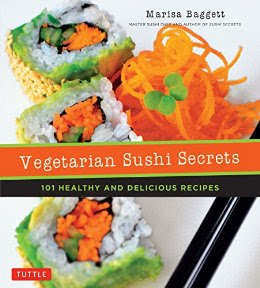 So classy! Love the little takeout containers. I have only made my own a few times, and they are always a mess but the good thing is they still taste fine :)