Another random meal round-up! If you're new to the blog, I should explain that I often do these posts featuring random pictures of all the things I ate recently that didn't warrant a full blog post. This week, I have a ton of random pics, so I did a round-up yesterday, and there will be another one tomorrow.

But for now, here ya go! My birthday was October 16th (a Sunday), and I had a big pumpkin potluck at my house and then a taco dinner at my parents' house to celebrate. But when I came back from my lunch break the following Monday, my coworkers had sat out a bunch of vegan cupcakes that they sneakily ordered from Cassi's Pink Diva Cupcakery!! I was so touched! There were Vanilla Cupcakes and Red Velvet Cupcakes. 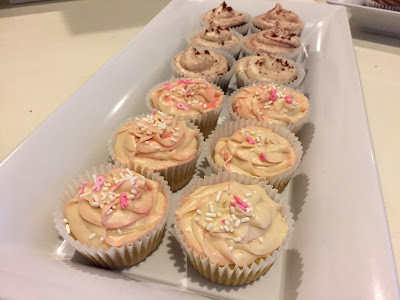 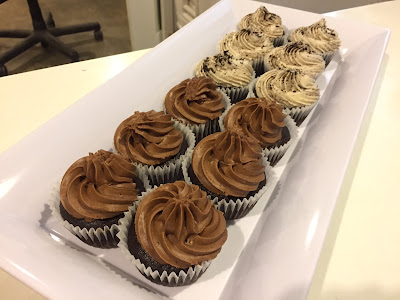 The day before my birthday, I attended an all-day annual Samhain fest at Meeman Shelby Forest State Park. The volunteer chef (aka kitchen witch) Cyn offers vegan and gluten-free alternatives to the mostly meaty menu every year. There's always Vegetable Soup for lunch. This had rice, finely chopped greens and carrots, and a yummy, savory broth. 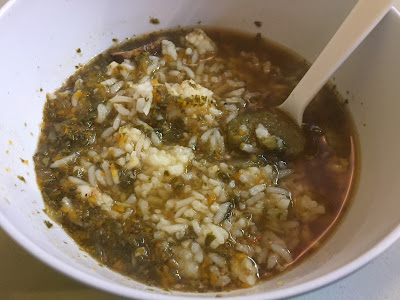 The meat-eaters and vegetarians get grilled cheeses with their soup, so Cyn always brings Daiya vegan cheese to make special grilled cheeses for any vegans in attendance. Because she loves me, she always makes me two! Nothing beats a buttery grilled cheese on white bread. At home, I always use sprouted grain or whole wheat, but white bread is where it's at. 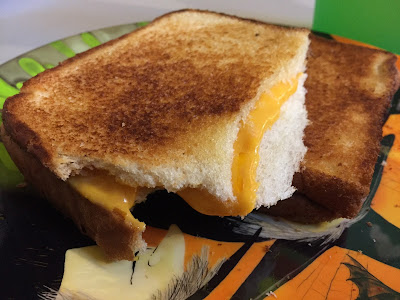 Cyn also made a yummy vegan rice pudding for dessert, and she let me sample her vegan gluten-free chocolate cake (that she made for the following day's dessert, but she knew I wouldn't be there, so I got to taste it early!).

After that birthday potluck that I mentioned above, I had LOTS of pumpkin-based leftovers. One of those was Misti's Peanut Butter Pumpkin Dip, which I've been eating with apple slices. It's just made with peanut butter, pumpkin, and sugar, and it's perfect for apples. Such a great fall snack!! 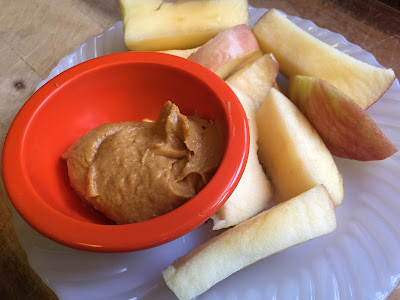 And finally, a Pizza Protein Waffle. It's no secret that I'm obsessed with FitQuick Protein Waffle Mix. My favorite flavor is the pizza one, and I've learned that it's best served topped with half a Tofurky Spinach-Pesto Sausage (for even more protein!), marinara, spinach, and Follow Your Heart Vegan Parm. 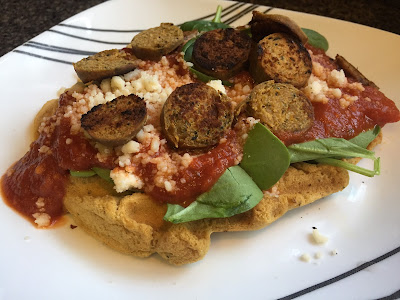 I often eat an apple these days when I get hungry between meals, but it is not always enough. Next time, I'll make a little dip with peanut butter. That's a good idea.

Your coworkers are nice! I assume those are your new coworkers? I haven't checked your blog lately. =/

Every time you post those protein waffles it's a reminder that I need to get a waffle maker stat!

I love these sort of round up posts. What great new colleagues to get you birthday cake!