Still hard at work on that vintage vegan cookbook! And I'm just about done with the savory recipes from 1900-1910, but I still have to develop several dessert recipes from that decade. Since I don't bake much at home (easier to watch what I eat that way!), I tend to save dessert development for last when working on a cookbook.

So I'll get to dessert soon. But this week, I developed what may be one of the last few savory entrees for the first decade of the 20th century. It's a veganized version of one of the first canned convenience foods — Pork 'n' Beans! 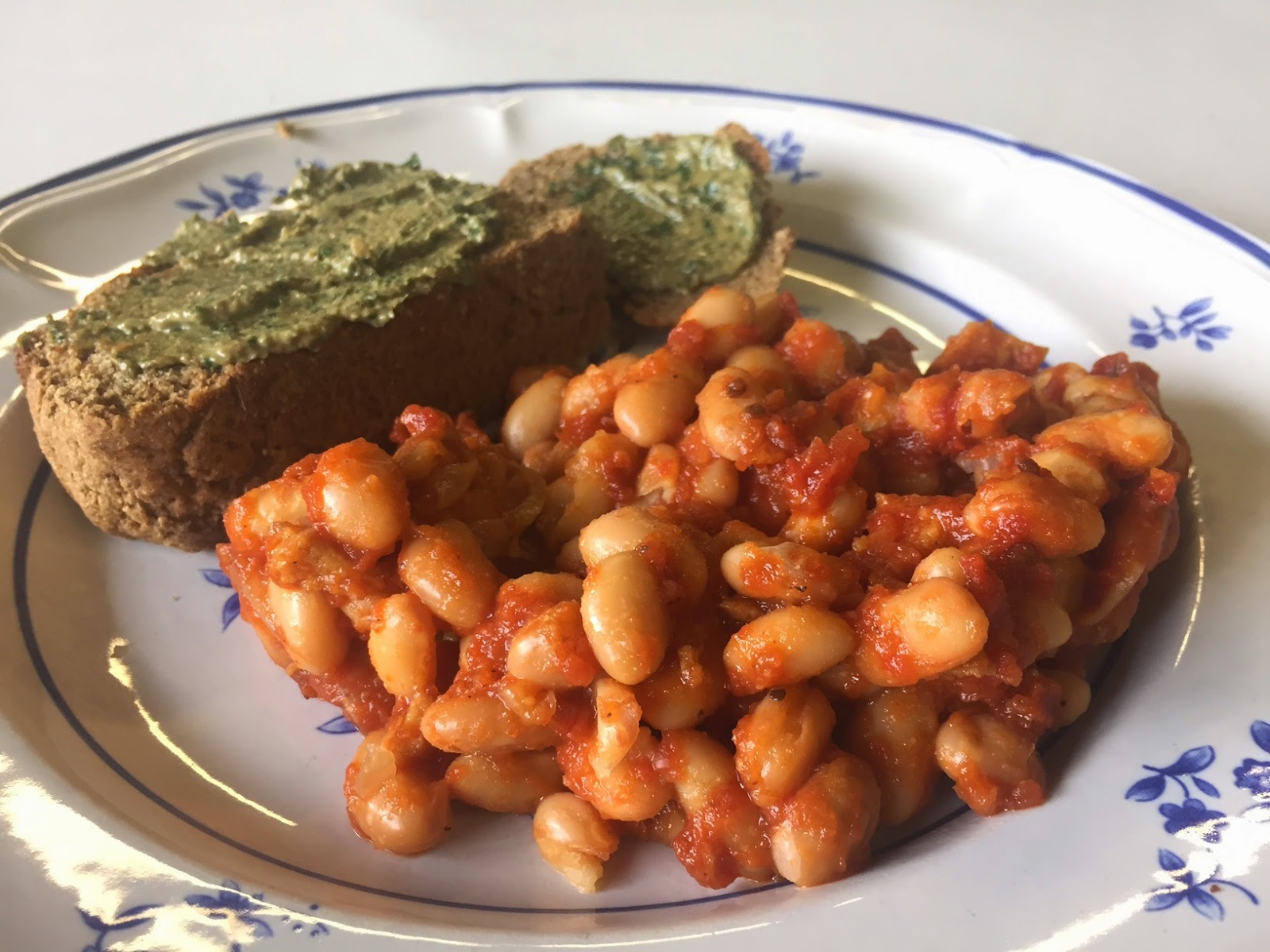 I grew up eating pork 'n' beans. You know, the cans with the baked beans and one teensy bite of pork on top? And the dish remains a popular convenience food today. But, according to Wikipedia, pork 'n' beans was introduced in cans in the 1880s, and it would have still been pretty new and popular at the turn of the century. In fact, Heinz didn't introduce their pork 'n' beans until 1895. 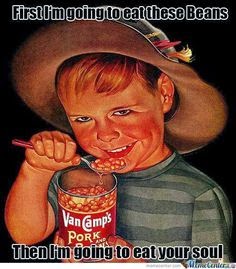 My version has lots more "pork" though. I chopped up a half a loaf of my homemade steamed seitan (recipe will also be in the book) and threw it in with white beans, crushed tomatoes, maple syrup, and some spices. And then it's all baked in the oven.

I'd share the recipe, but it's still a work in progress. The beans weren't quite as saucy as I'd like, so next time, I'll up the tomato sauce and liquid. In fact, I may blend this recipe with an earlier recipe I developed for franks 'n' beans. I prefer the seitan over the veggie dogs I used in that recipe.

I enjoyed my beans with a side of Irish Soda Bread (which I froze from St. Pat's Day) spread with pesto and a side salad.
Posted by Bianca at 10:42 PM