Today was my partner Paul's 35th birthday. As you probably know from past posts, Paul isn't vegan. But in the past month, he's joined a gym, started running, and he's making an attempt to eat healthier! So for his birthday, he asked for proper running shoes (he's been running in shoes not made for running). I bought him some new Brooks Launch shoes! I also got him some of his favorite pancakes from Brother Junpier's. Not vegan, unfortunately. But baby steps. 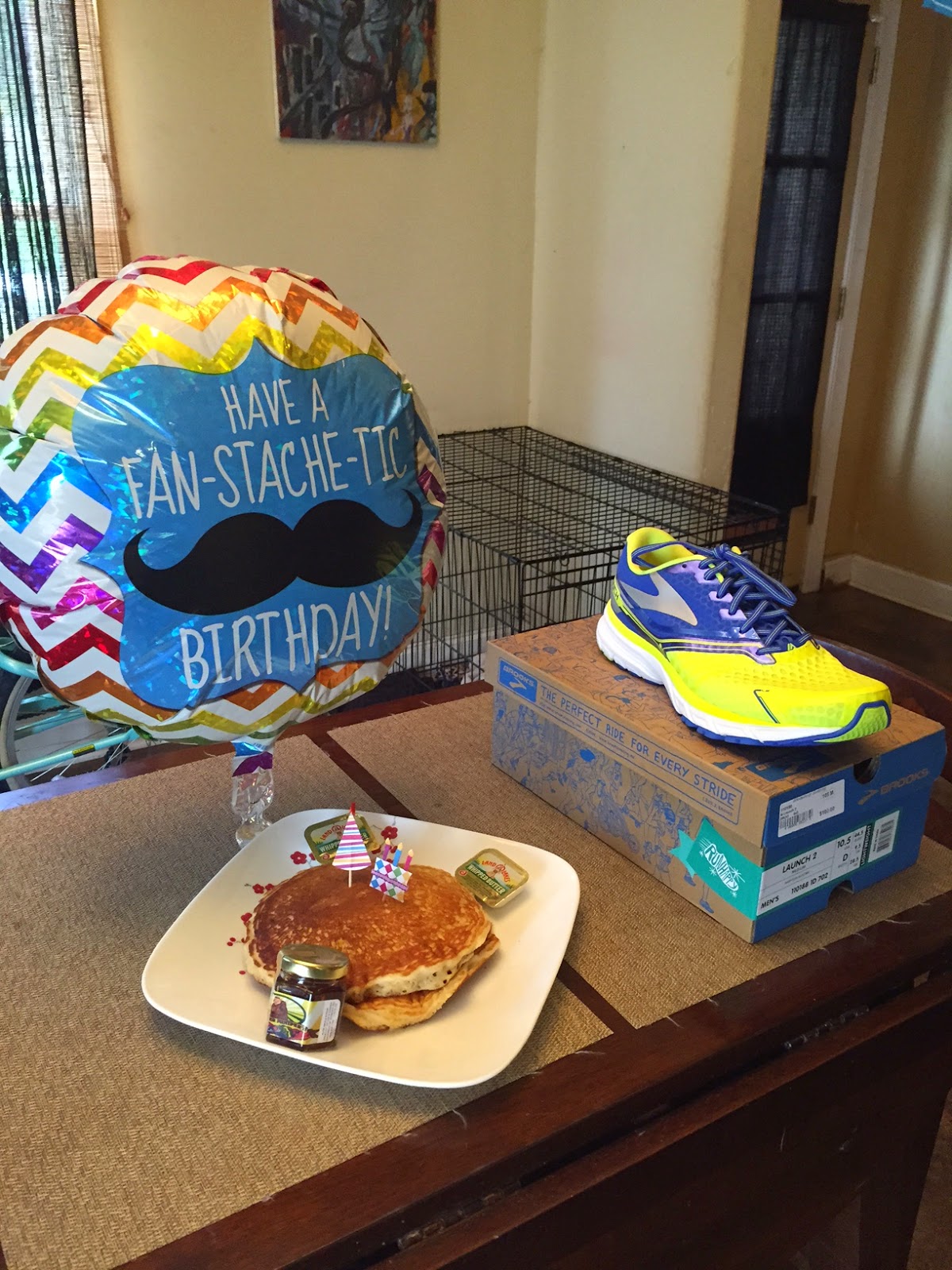 Eventually, he says he wants to run a half-marathon with me. We'll see if it sticks. Hope it will. The Brooks Launch are some badass shoes.

I got Paul's pancakes as takeout and then came home and fixed myself some rice noodle ramen, which I ate while watching Game of Thrones. Then we met up with my friend/co-worker Shara at a festival downtown. Our newspaper, The Memphis Flyer, was a sponsor, so we got free beer tickets. That bought us a LOT of beer! This was a combo of various Leinenkugel shandys and beer from Southern Prohibition. 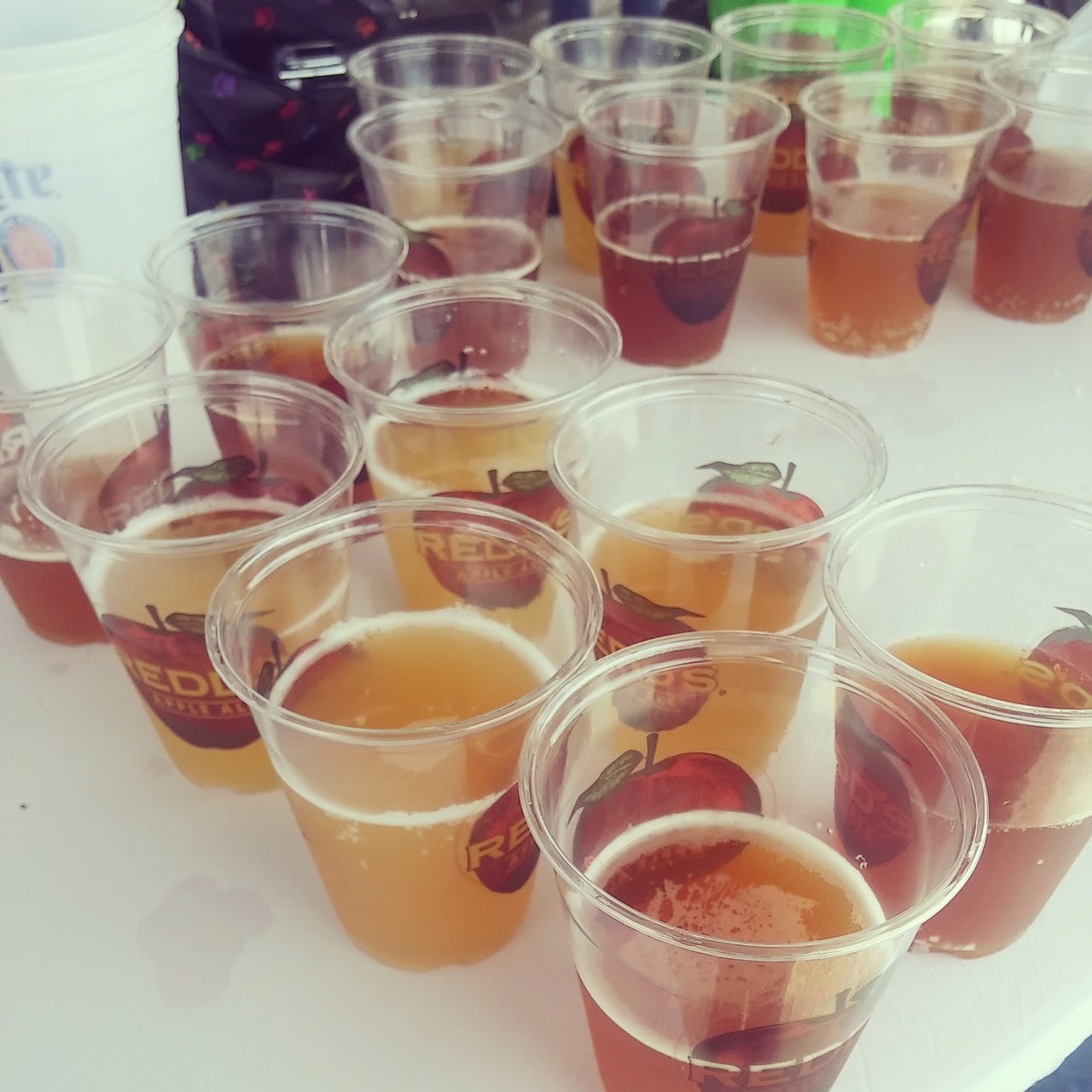 No birthday is complete without cake! But since we didn't have a big party this year, I didn't want to bake a big cake. So we just bought a couple cupcakes from my friend Cassi's Pink Diva Cupcakery. Paul wanted the Diva Delight (in the foreground - chocolate cupcake with chocolate mousse filling and whipped cream topping), and I opted for the Cherry Cupcake (in the background - vanilla-cherry cake with cherry whipped topping). 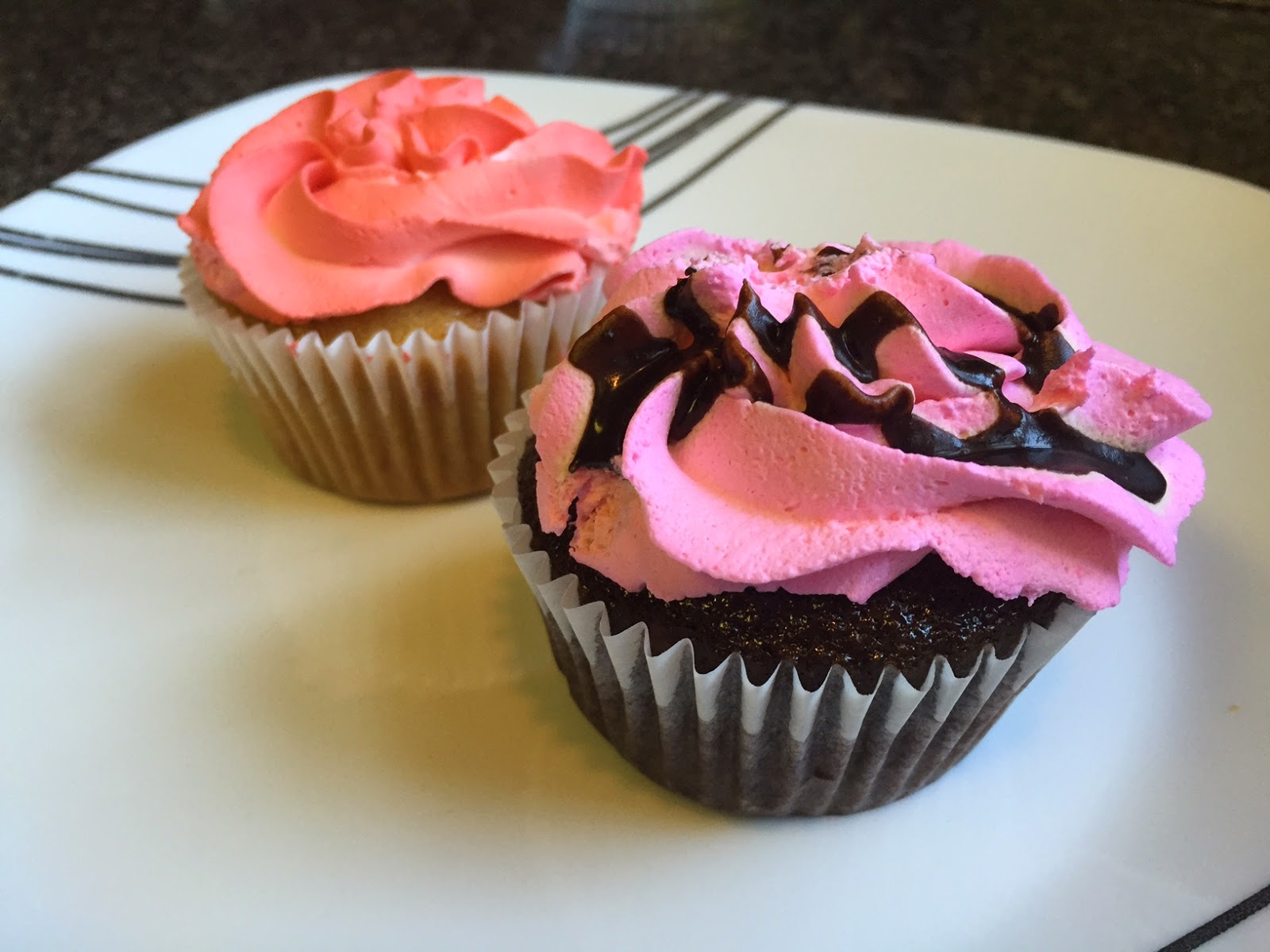 For dinner, Paul wanted to go to his favorite steakhouse, Folk's Folly. That sounds like a vegan nightmare, I know. But they're actually super-nice there, and when we go, they always make me a vegan Pasta Primavera dish. I loved the veggie-to-pasta ratio! 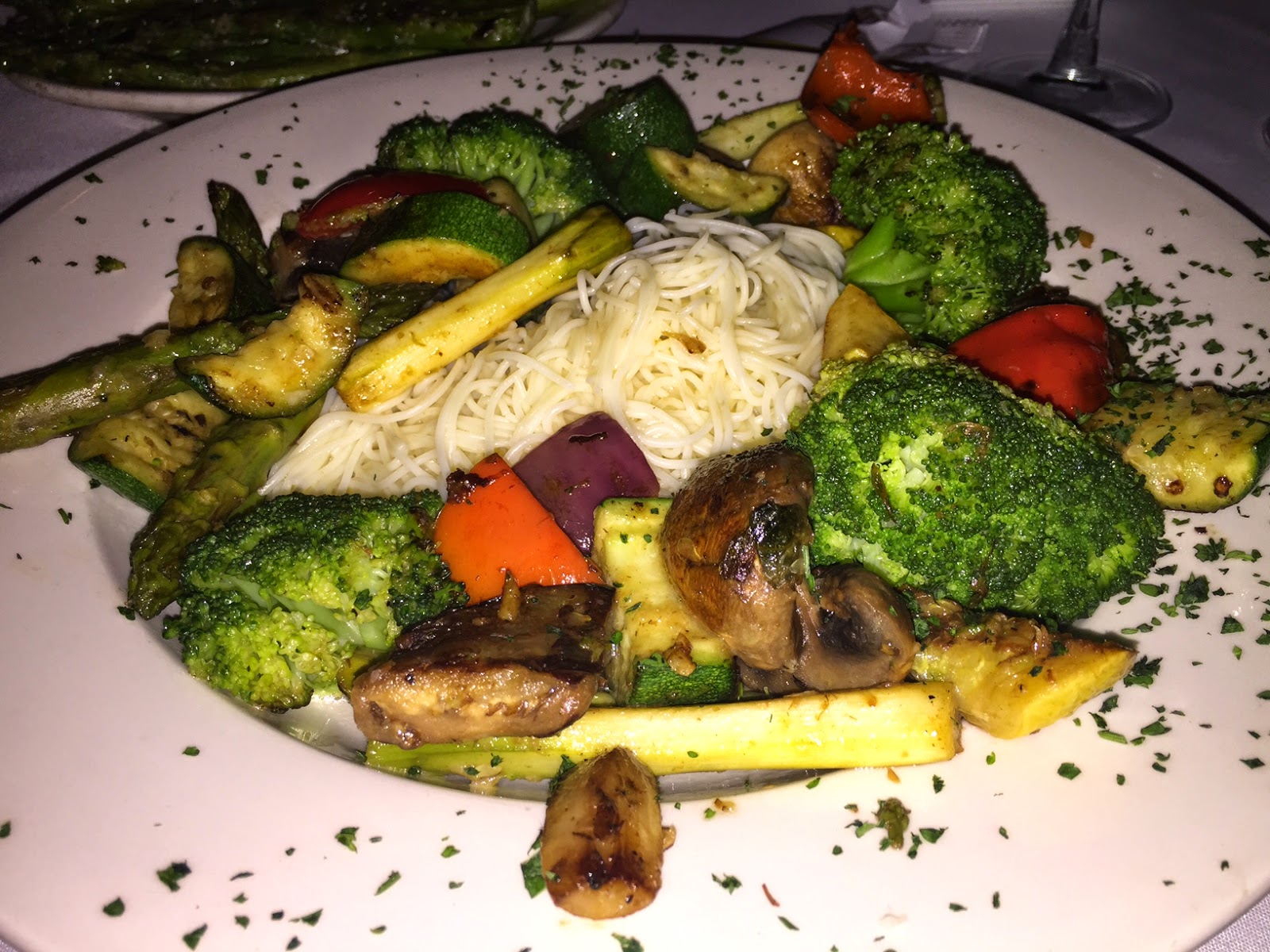 After dinner, we met some friends at Los Compadres. Here we are at the end of the night. Happy birthday, Paul! 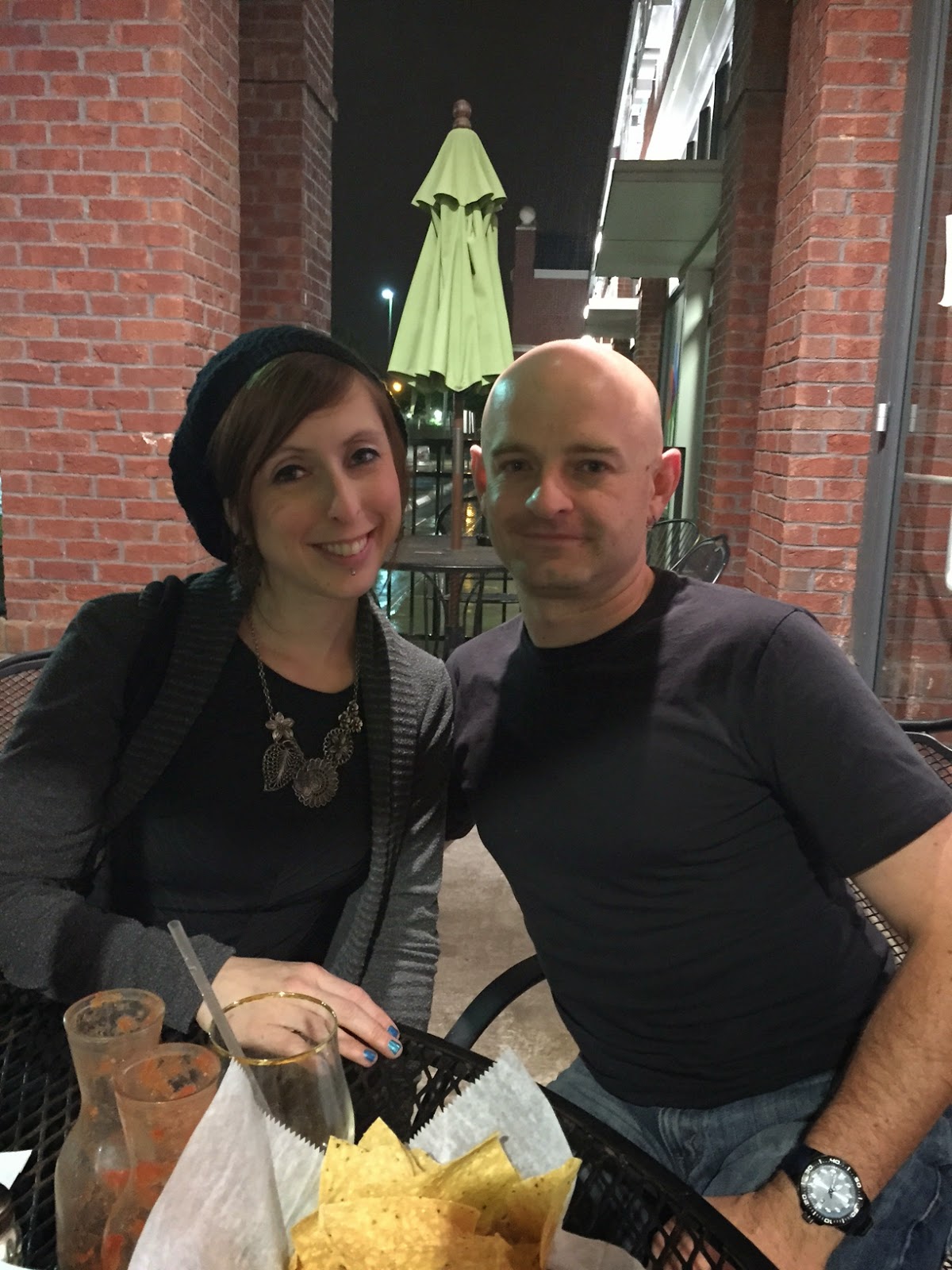 Happy Birthday Paul! Much happiness for the two of you and more cherry cupcakes!

Happy birthday to Paul! And awesome that the steakhouse was accommodating and made you a beautiful plate of pasta!

Happy Birthday to Paul!
Running shoes is a great gift. Do you guys run together? Speaking of, do you buy vegan running shoes? Do you have any tips on where to find any?
my vegan sneakers are onitsuka tigers, but I am pretty sure they aren't great for running either.
Cupcakes for a small celebration are a good idea... you can personalize flavors that way too!

Hey Maud! We don't run together yet cause Paul is just getting started, and I'm still kinda injured. But he's already faster than me, and he prefers the treadmill. So I doubt we will.

On shoes: I wear Brooks running shoes (and I also bought Paul some Brooks), and all their running shoes are vegan! Yay! Vegan elite runner Scott Jurek is actually sponsored by Brooks. The only exception are their line of walking shoes, but I just get the running ones. I'm partial to the Brooks Ghost 7. Paul is really digging the Brooks Launch 2.