It's Taco Thursday! Yea, it doesn't quite have the same ring to it as Taco Tuesday. But regardless of what day it is, tacos are always awesome. And can you believe I've never had a fish taco?

Nope. I stopped eating fish long before I went vegetarian at age 14. I just never liked fish all that much, and my parents didn't eat any seafood. So it wasn't something I really grew up with. But I did always love Captain D's when I was a kid. That battered, deep-fried fish was the only kind I liked. Not that I missed it. But when I took my first taste of the Gardein Fishless Filets last year, I thought, "OMG, it's like vegan Captain D's!"

Since then, I've had the Gardein filets a couple times, always deep-fried and served with fries (or chips as the British say), hush puppies, and slaw. But I've been thinking a lot about fish tacos lately, even though I've never had them. I googled "vegan fish tacos" and found this recipe on Homemade Levity, which calls for the Gardein filets. I picked up a package of filets at the Crosstown Kroger (which, by the way, has a better vegan product selection than our Whole Foods). And then, using that recipe, I whipped these up! 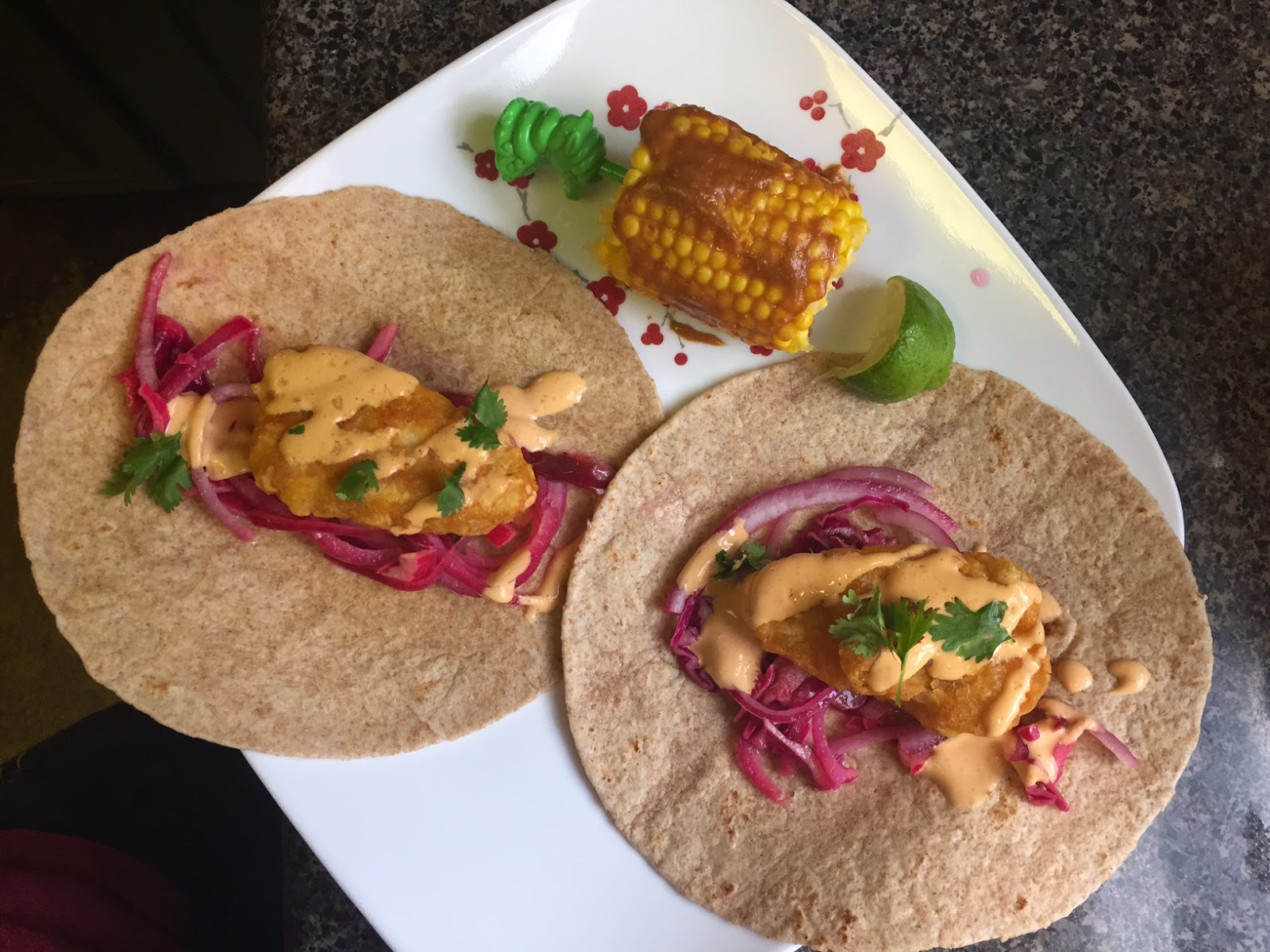 Fish tacos, where have you been all my life? Or should I say, fishless tacos? Man, these were so good! Vegan fish (baked in the oven) with pickled cabbage and onions, chipotle cream, cilantro from my herb garden, and a squeeze of lime. And I used whole wheat flour tortillas from Whole Foods. 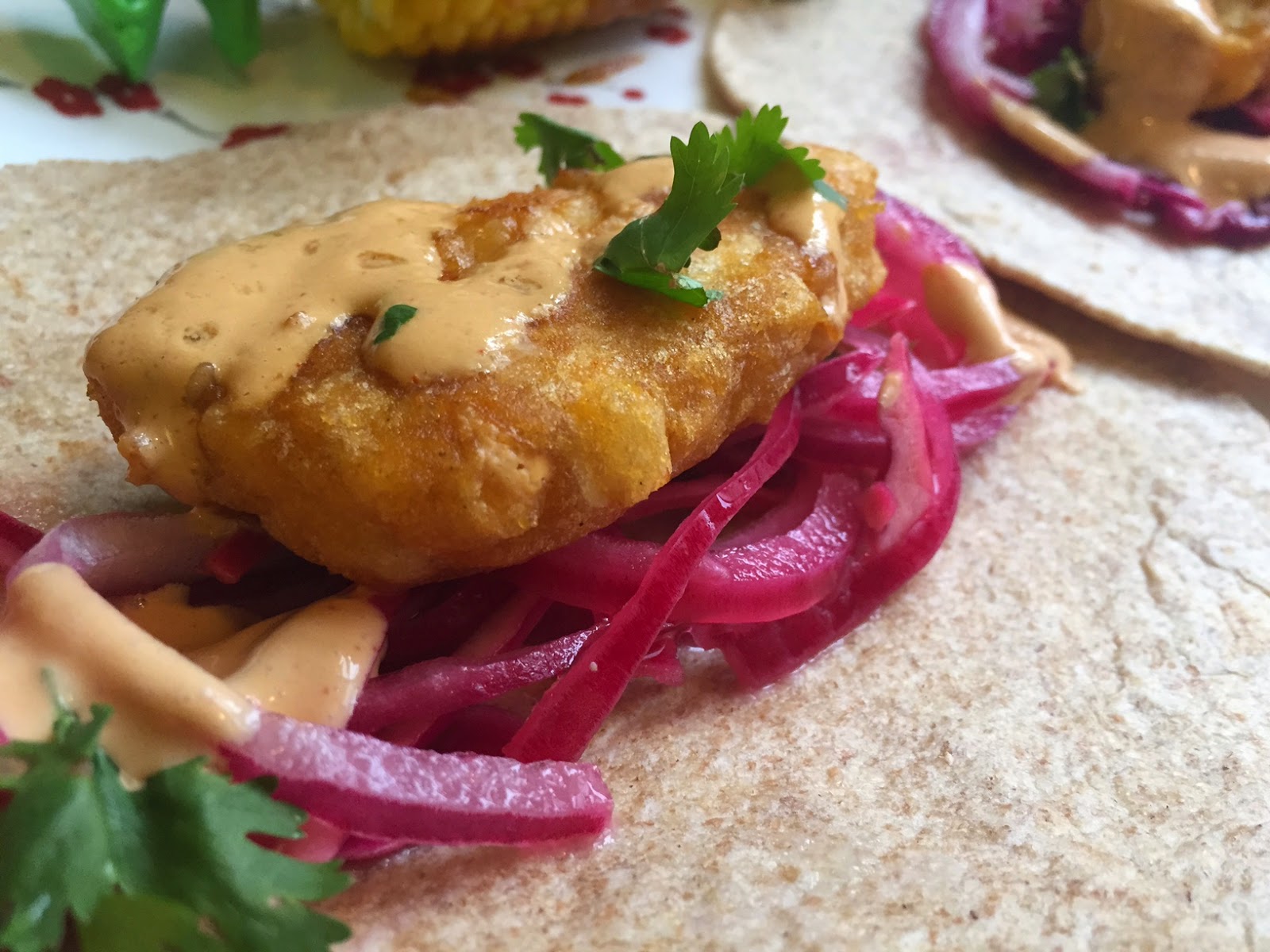 I'm so glad I get to eat these again tomorrow! On the side, I had a corn tot with the vegan miso butter from Bryant Terry's Vegan Soul Kitchen. It's a miso-olive oil-garlic spread that's so perfect for fresh corn on the cob!
Posted by Bianca at 9:22 PM

Haha, that first photo totally DOES look like the opening to some TV show.
All the food looks INCREDIBLE - I have really been wanting to try fishless tacos! But am not sure where to get them or how to make.
Love yr sunglasses...