How many of you have been vegan long enough to remember the — cue scary horror music — dark days of vegan cheese? I know that when I first went vegan in 2004, there were only two cheeses on the market. One was good, and I still enjoy it today (I'm talking to you, Tofutti slices!), but the other shall remain nameless. And since vegans didn't have many cheese options, we often tried making our own.

But this was pre-Miyoko's Artisan Vegan Cheese. We didn't know about cashews and fermenting back then. In fact, my first homemade cheese was from a recipe online that called for agar-agar, nooch, mustard, and some other random stuff. It was a wiggly, jello-like blob that didn't taste a thing like cheese.

Well, thank god we've entered a new age! Vegan cheeses are actually great now! And I like most better than I ever liked dairy cheese. That's the case with these new cheeses from Follow Your Heart. I've long been a fan of FYH, which I believe hit market shelves here in Memphis a couple years after I went vegan. And FYH still makes their original soy-based formula, but they have four new cheeses out now that are soy-free and insanely delicious. They sent me some samples!

There's Provolone and American — both available in slices, blocks, and snacks. 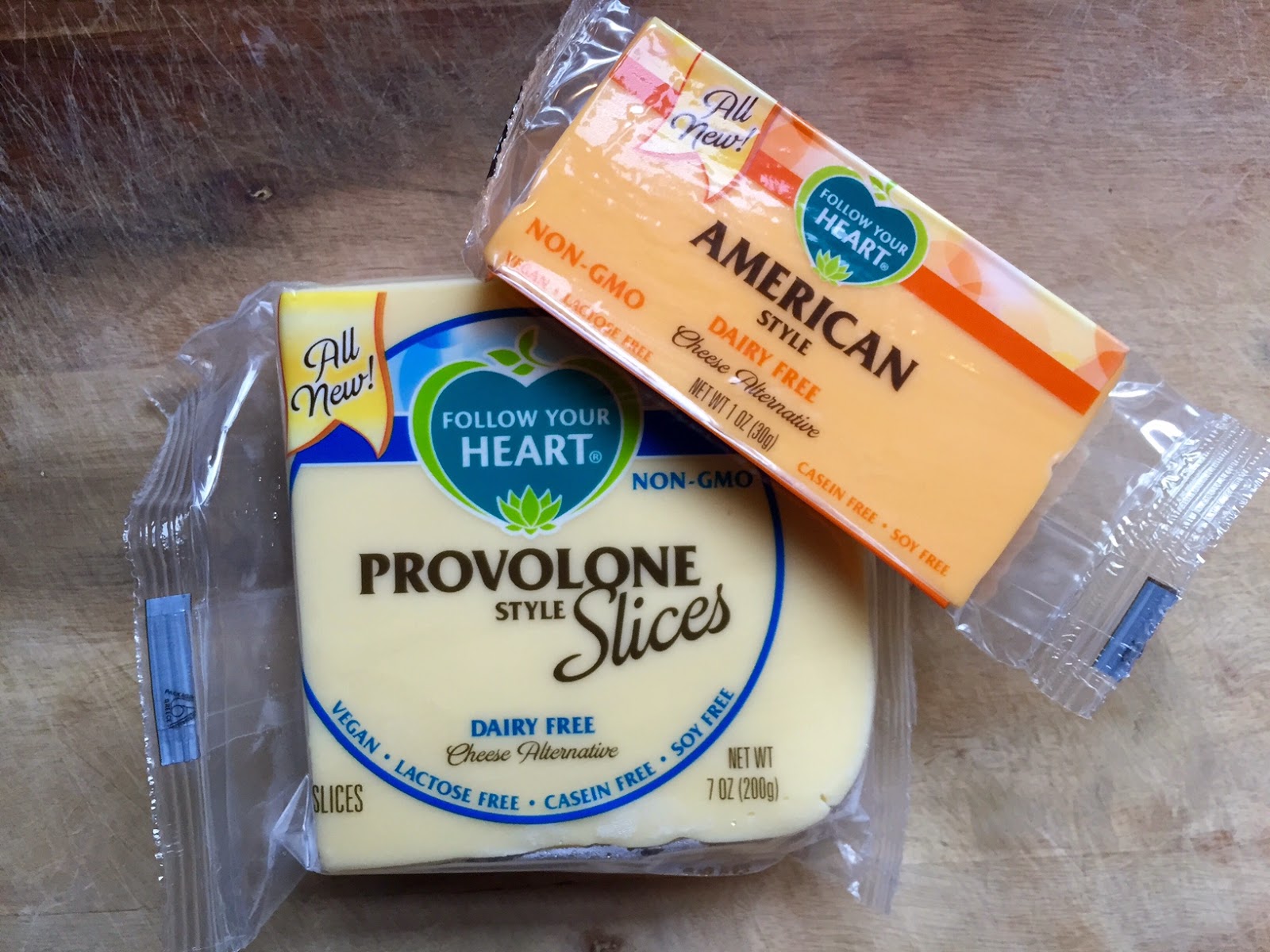 And there's Garden Herb and Mozzarella — both available in slices and blocks. 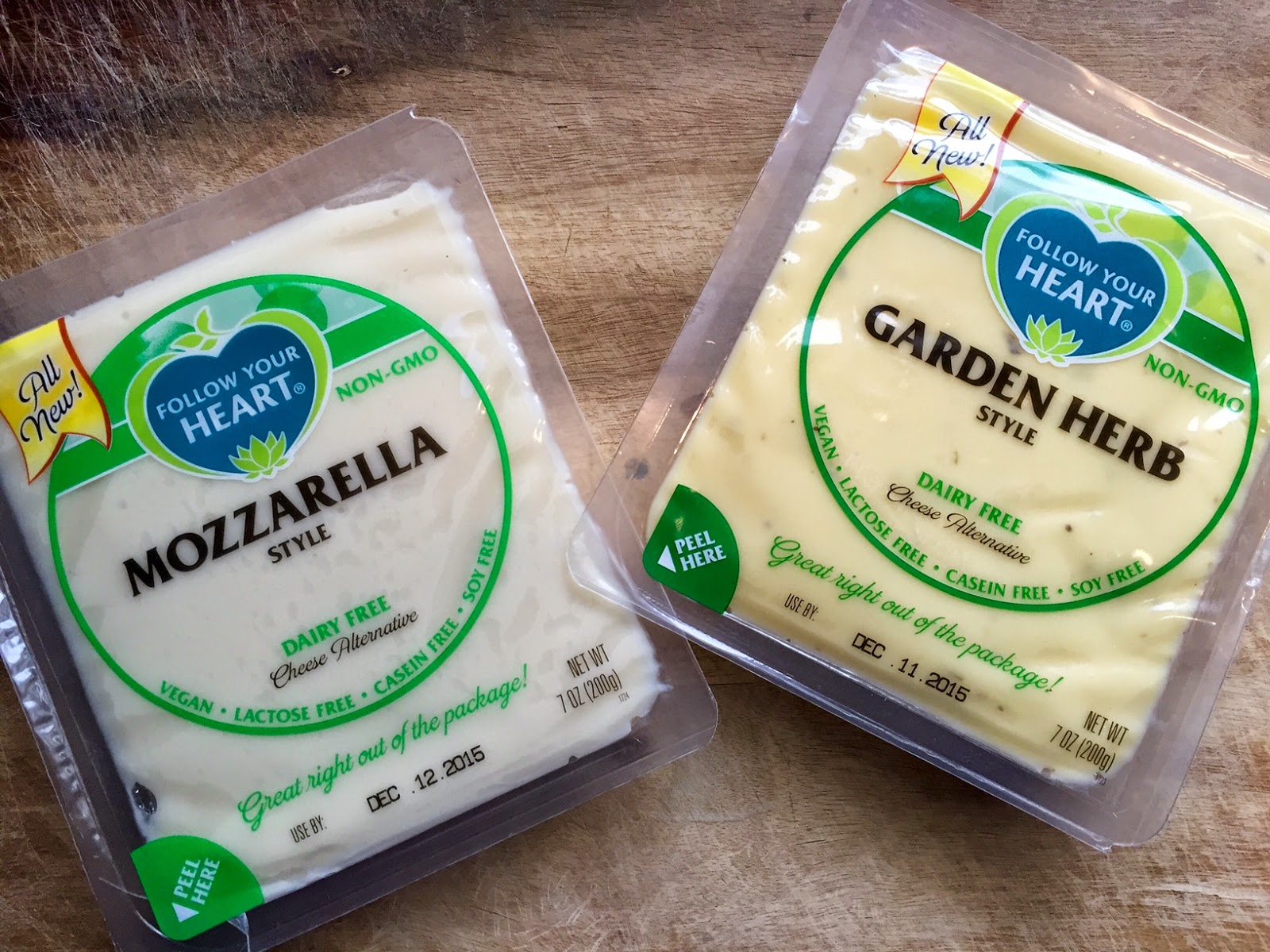 I tried the Garden Herb first, because GARDEN HERB!! This tastes like mozzarella but with hints of thyme and oregano. The texture is very, very similar to that of Field Roast's Chao cheese, and that's probably because both brands use coconut oil for the base. That coconut oil base gives the texture a thick, almost string-cheese quality when it's very cold, and it gets softer as it hits room temperature.

I'm sure Garden Herb would be awesome in a lasagna or on a pizza. But I couldn't stop eating it on crackers long enough to actually use it in a dish. Garden Herb cheese + crackers + red wine = my favorite kind of dinner. 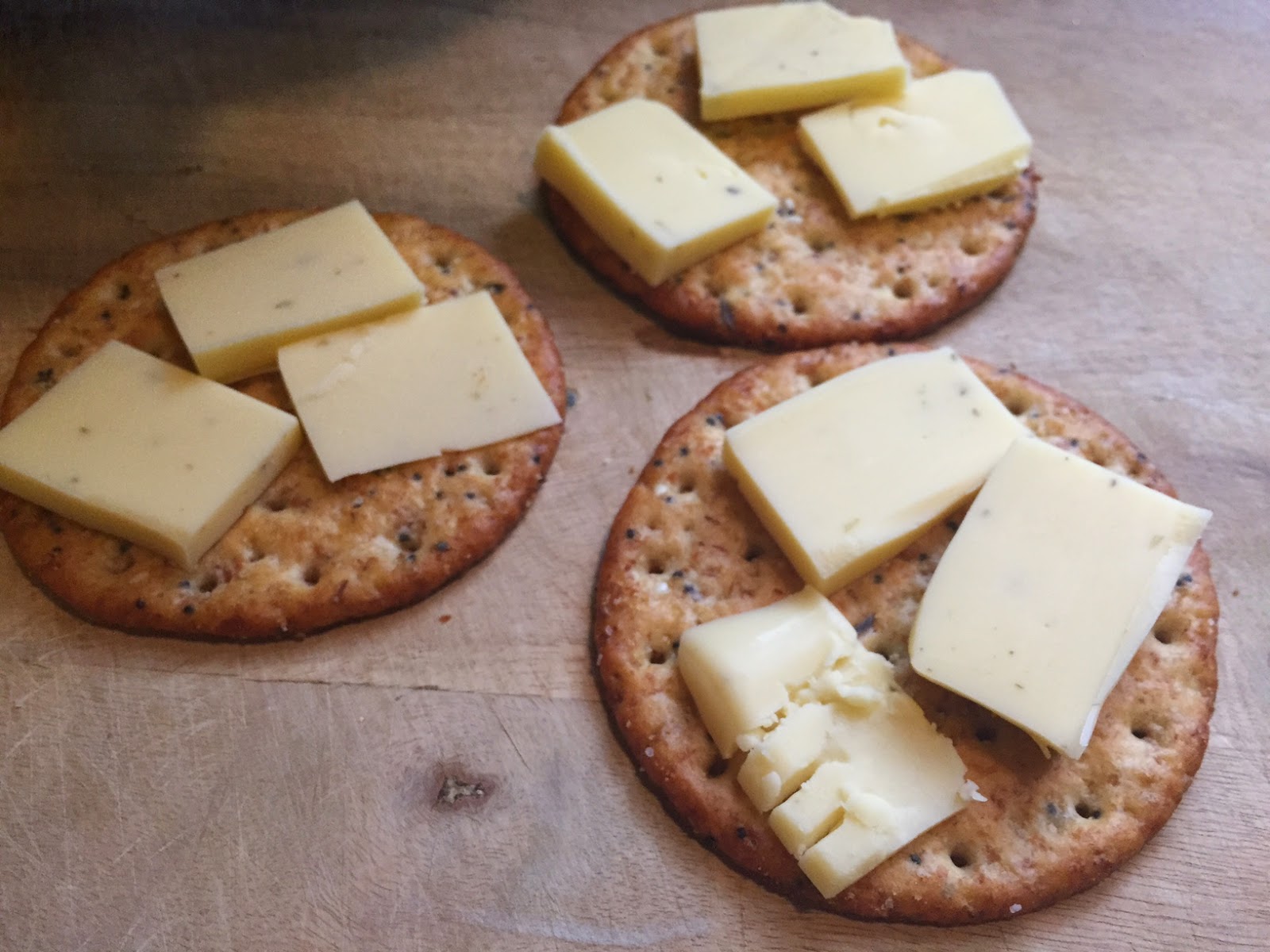 Next, I tried the American snack-size cheese. This comes in a single-serve package that's perfect for toting along on a trip or in your lunch bag. I brought this to work to enjoy with crackers before my Thursday noon yoga class. 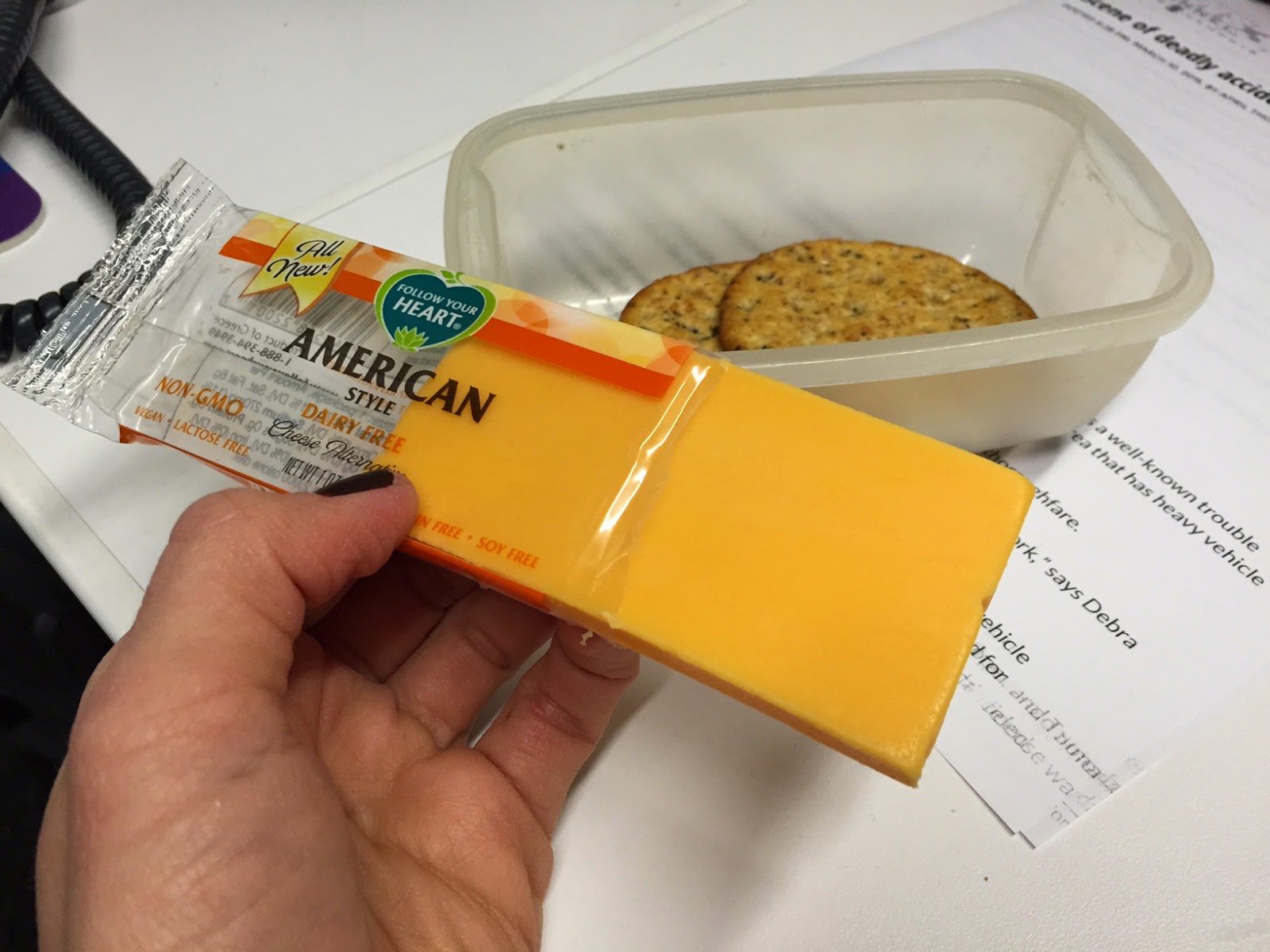 This really does taste like the American cheese of my youth!! And as good as it was on a cracker, I thought it was even better by itself. The cracker seemed to mask the mild flavor. I enjoy my vegan cheese unadulterated. 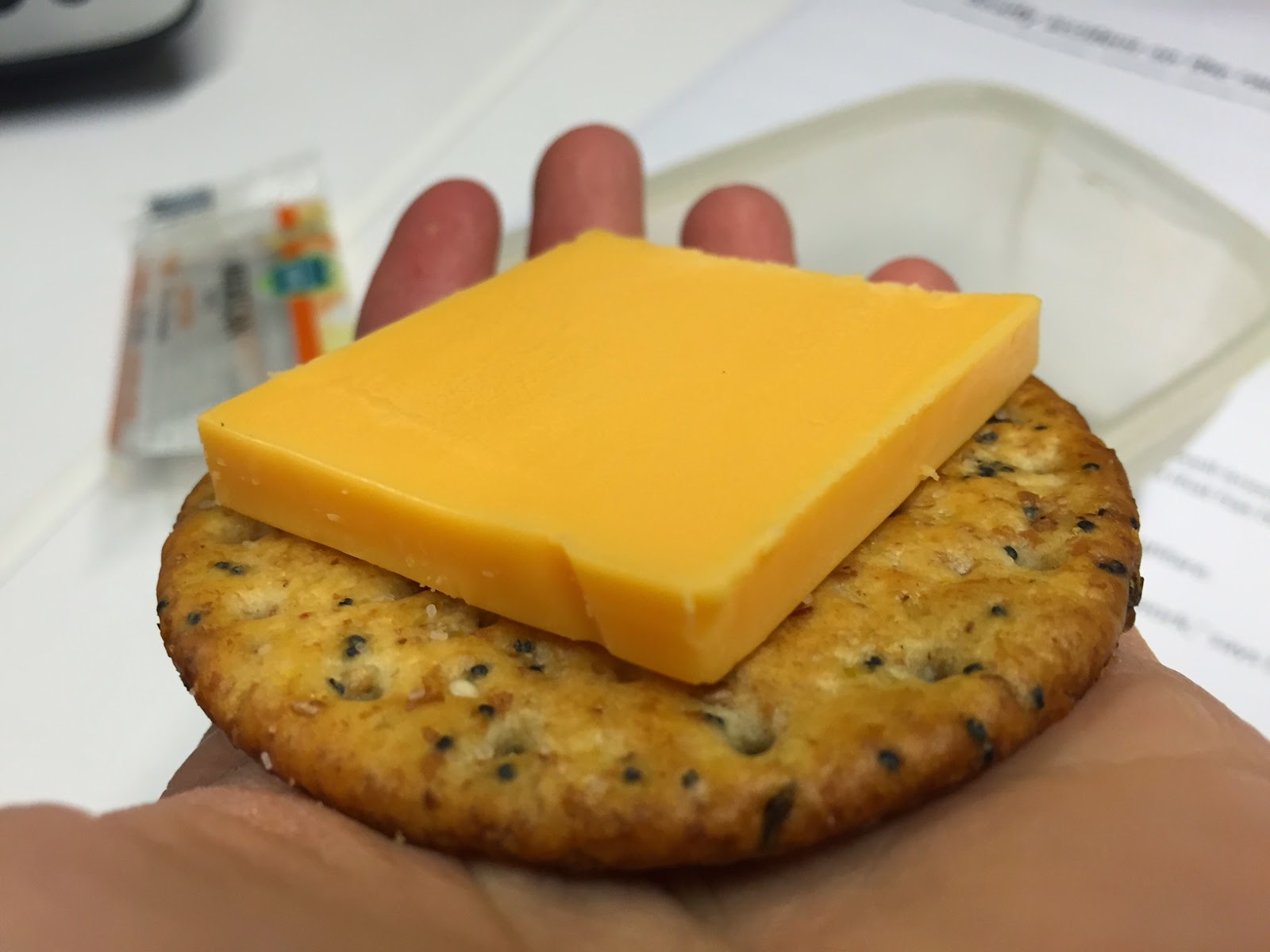 The Provolone slices are probably my favorite of the bunch! It's been YEARS since I've had provolone. And this tastes just like what I remember. The slices were perfect on a multigrain wrap with Field Roast Wild Mushroom deli slices, Wildwood Garlic Aioli, whole grain mustard, lettuce, and tomato. 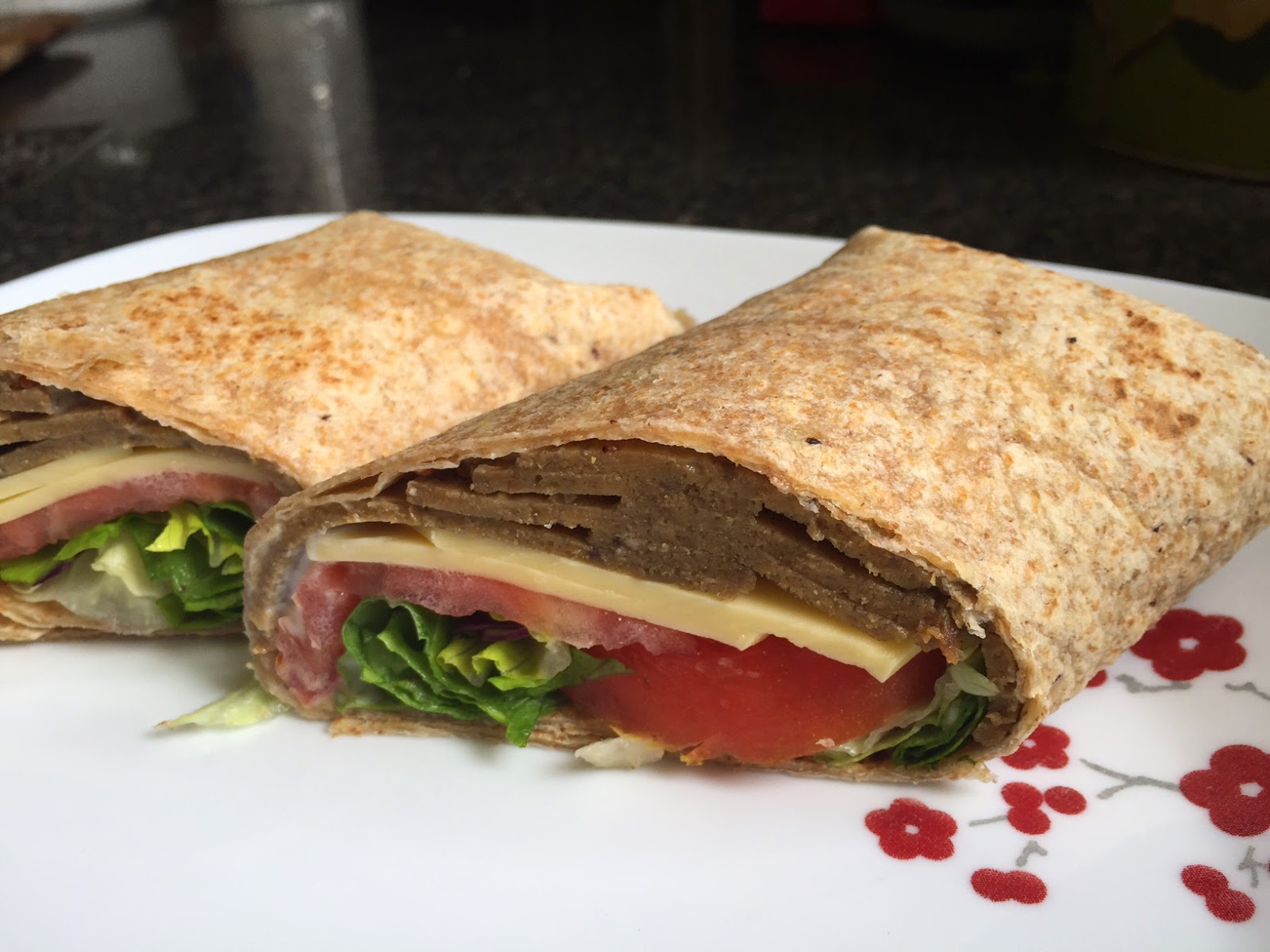 As much as I really wanted to just eat the Mozzarella straight from the package, I knew I needed to put at least one of these cheeses to the melting test. So I grated some of the block-style mozzarella onto my French bread pizza last night, along with some Tofurky Spinach-Pesto sausage, roasted red peppers, and red onions. 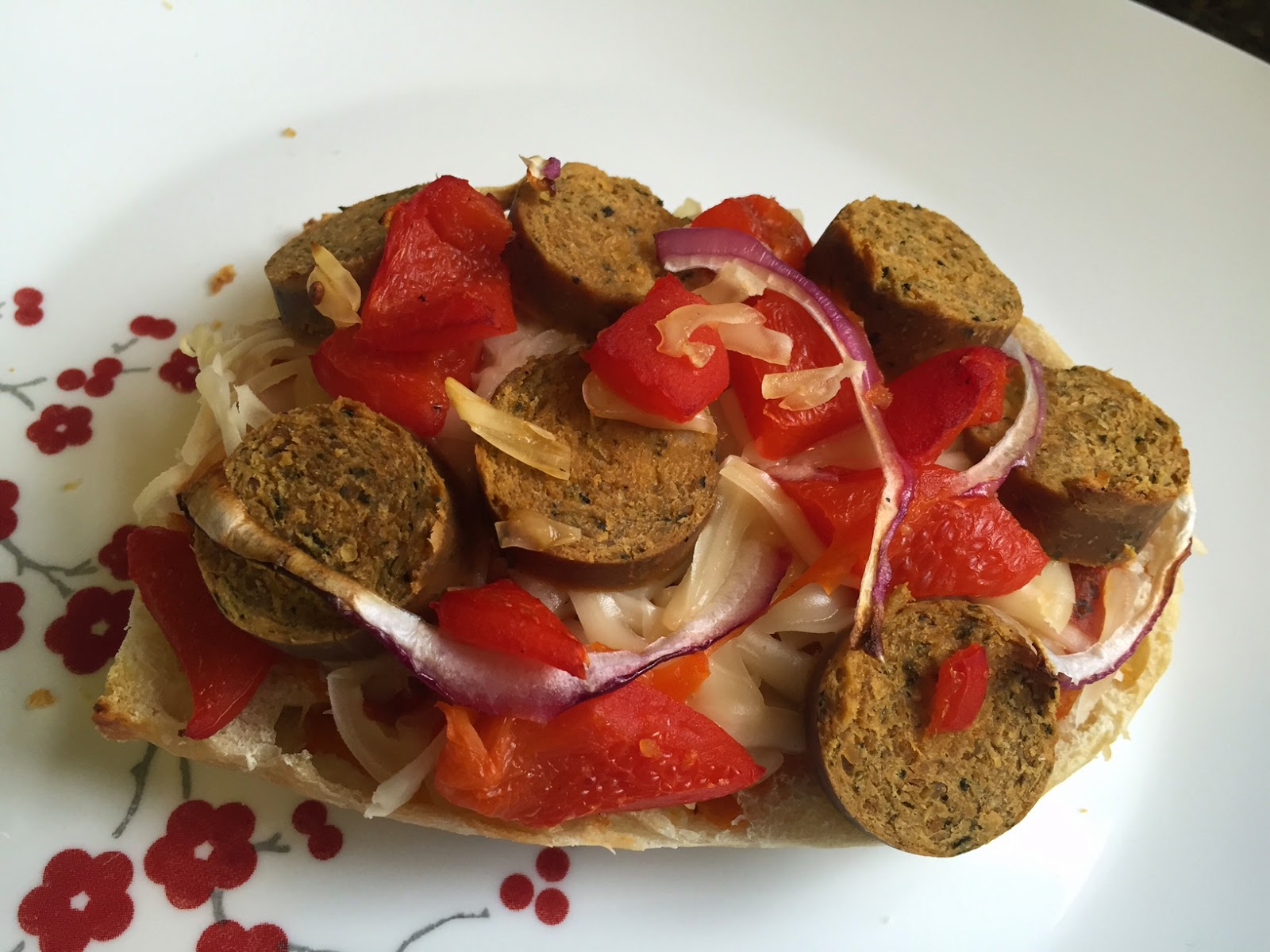 I made two of these little pizzas, one with the cheese under the toppings and one with it on top. After 30 minutes in the oven, the one with the cheese on bottom (pictured above) was super melty and perfect. But the one with cheese on top didn't melt so well. The topmost shreds actually hardened a bit and didn't melt at all. So if you're planning to melt this stuff in the oven, either cover it with toppings or, perhaps, a bit of aluminum foil.

I did heat one pizza up in the microwave this morning, and it melts beautifully that way. The mozzarella made for a great pizza topping, but I had some straight from pack as a snack today. And that's definitely my fave way to enjoy it. The mozzarella really tastes just like string cheese, which is something I've missed. I have a feeling this new FYH cheese will be playing a big role in my life!
Posted by Bianca at 9:31 PM

Do you prefer FYH or Chao?

I dunno... You've sampled more vegan cheese than me I'm sure but I've never tried one that tasted much like real cheese except in the most abstract sense possible.

Anonymous, it's hard to say. They are both so very similar that they're almost interchangeable. I do love that FYH's new cheeses are available in blocks and snacks, but Chao is only available in slices. Wish Chao was in blocks too. That might give FYH a slight edge over Chao, but I'm happy with both.

I also must admit that I haven't had dairy cheese in more than a decade, so it's possible that I don't exactly remember what it tastes like. But these tastes very much like dairy cheese based on my memory of it.

I can't wait to get my hands on those cheeses! I didn't know about the single-serve packaging, how cool is that. And the block cheeses with similar packaging as standard dairy cheeses.

I remember those dark days though, my desire to love those weird cheeses, the face of disgust on my relatives and co-workers who I convinced to try the cheeses. The nameless cheese... is it VeganRella? Some cheeses were pretty bad, but I forget the other brand names.

Haven't you tried the provolone from Daiya?

Babette, oh yes! I forgot about Daiya Provolone. It's very good too. But I think this one is better.

As for the nameless cheese, you guessed it. I didn't wanna say anything bad in case it's still out there somewhere. But I think everyone probably already knows anyway.

Haha, just reading the comments --I had forgotten about V'Rella. Those truly were the dark days!

Aren't the new FYH slices and Chao both made in Greece and of similar ingredients? I often wondered if they are essentially the exact same thing with different flavors. I like them both quite a lot.