My friends Sheridan and Drew bought their first house recently. It's in Little Rock, where they've lived for years. But they've always been renters, and now they're owners! Here's a pic of them with their new house a few weeks ago before they cleaned up the yard. I love how this pic looks like the opening shot of some HGTV show. 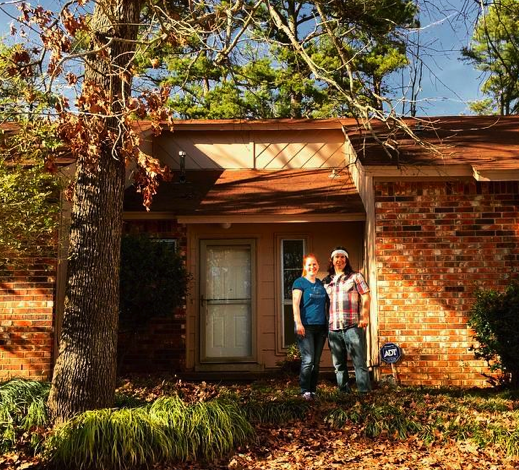 This past Saturday night, Sheridan and Drew had their housewarming party, and Paul and I made the two-and-a-half-hour drive from Memphis to celebrate with them. Sadly, I failed to take any pics of them together at the party. I kept meaning to. Sheridan and I took about a million selfies though! 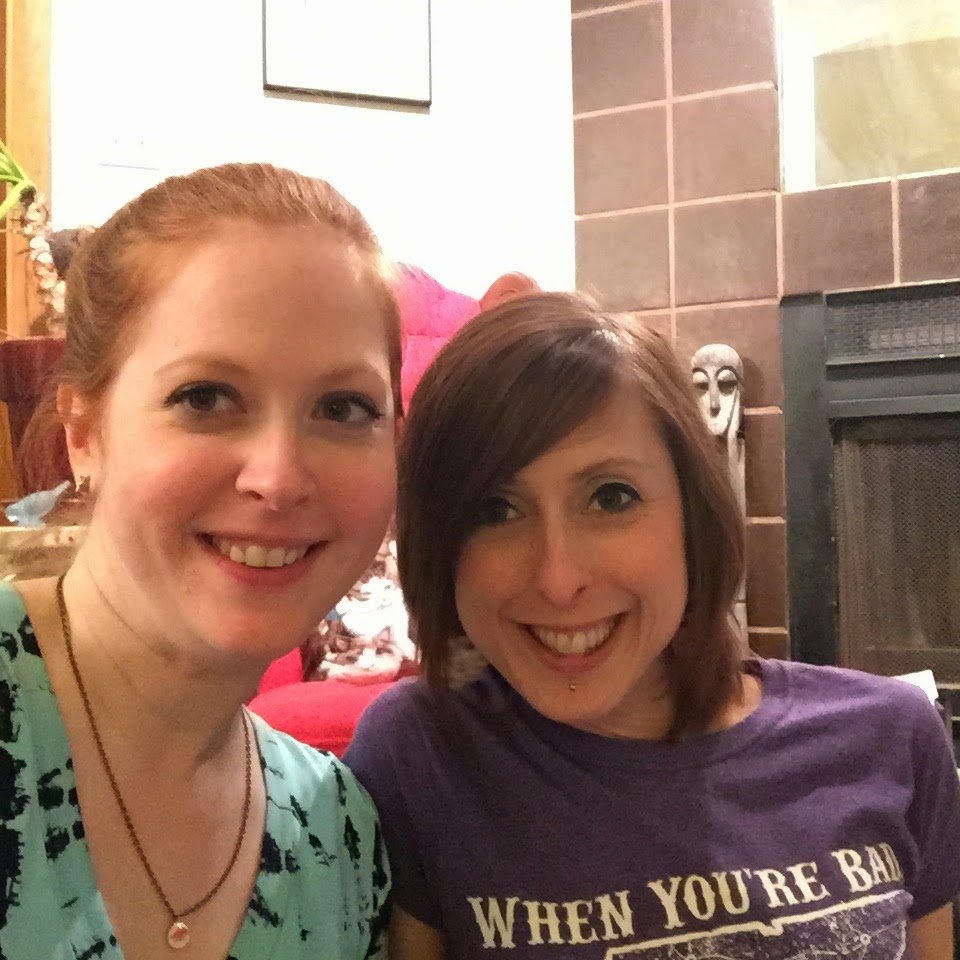 And I did get lots of food pics because I never forget those! Sheridan made an awesome vegan spread! There were Vegan Cream Cheese Tortilla Roll-Ups with black olives! I ate so many of these! 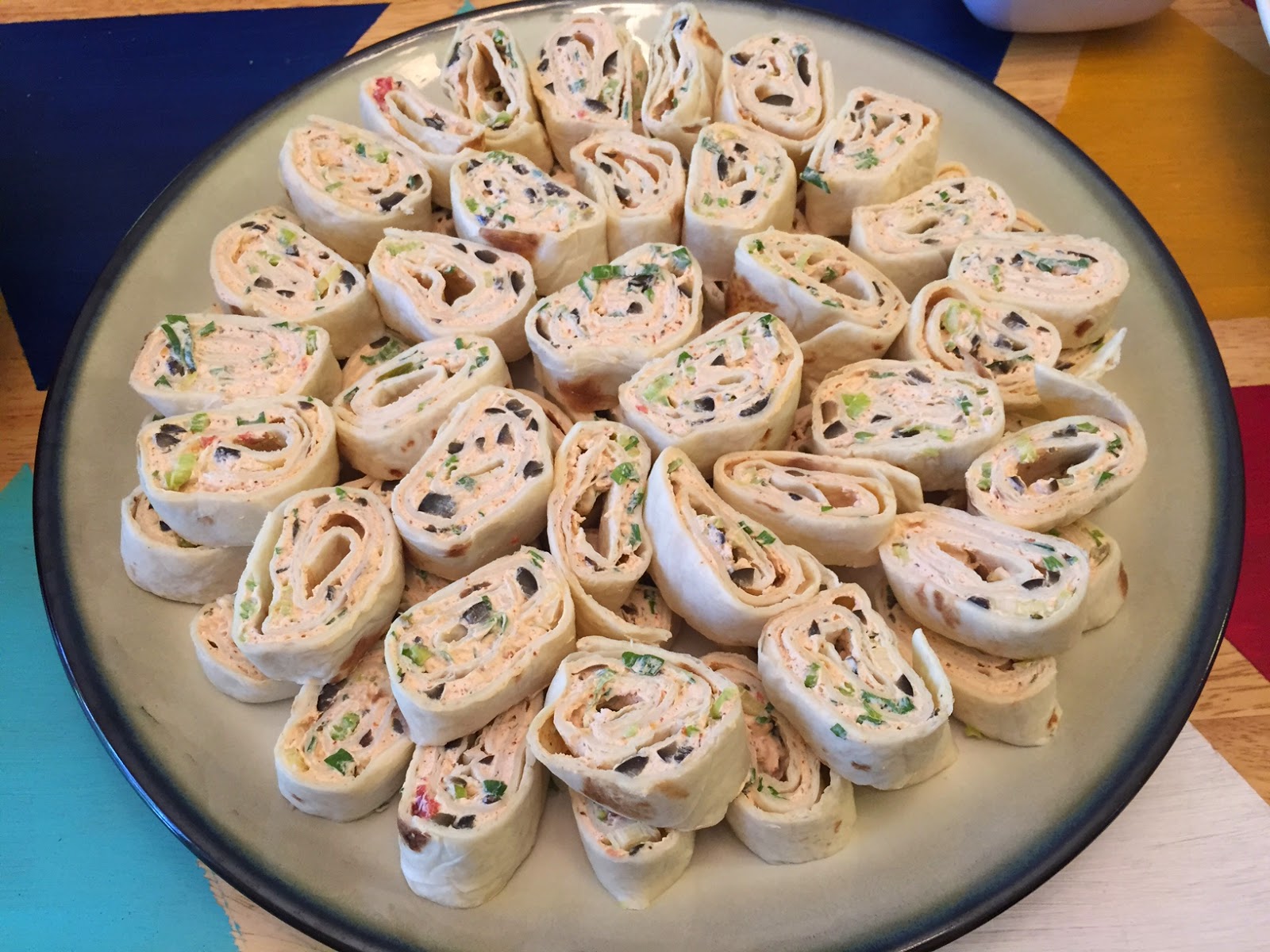 And a party just isn't a party without Vegan Pigs in Blankets! 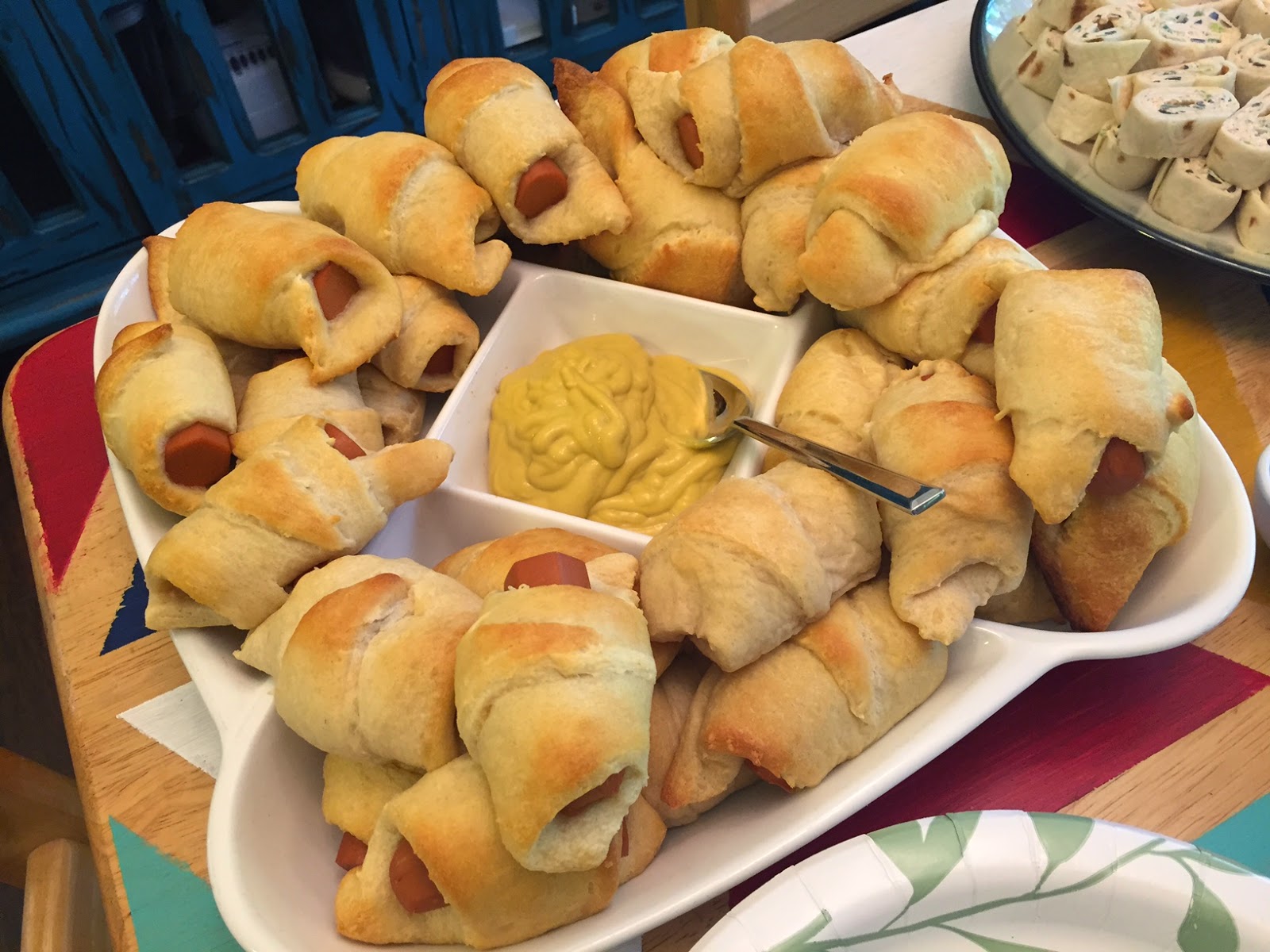 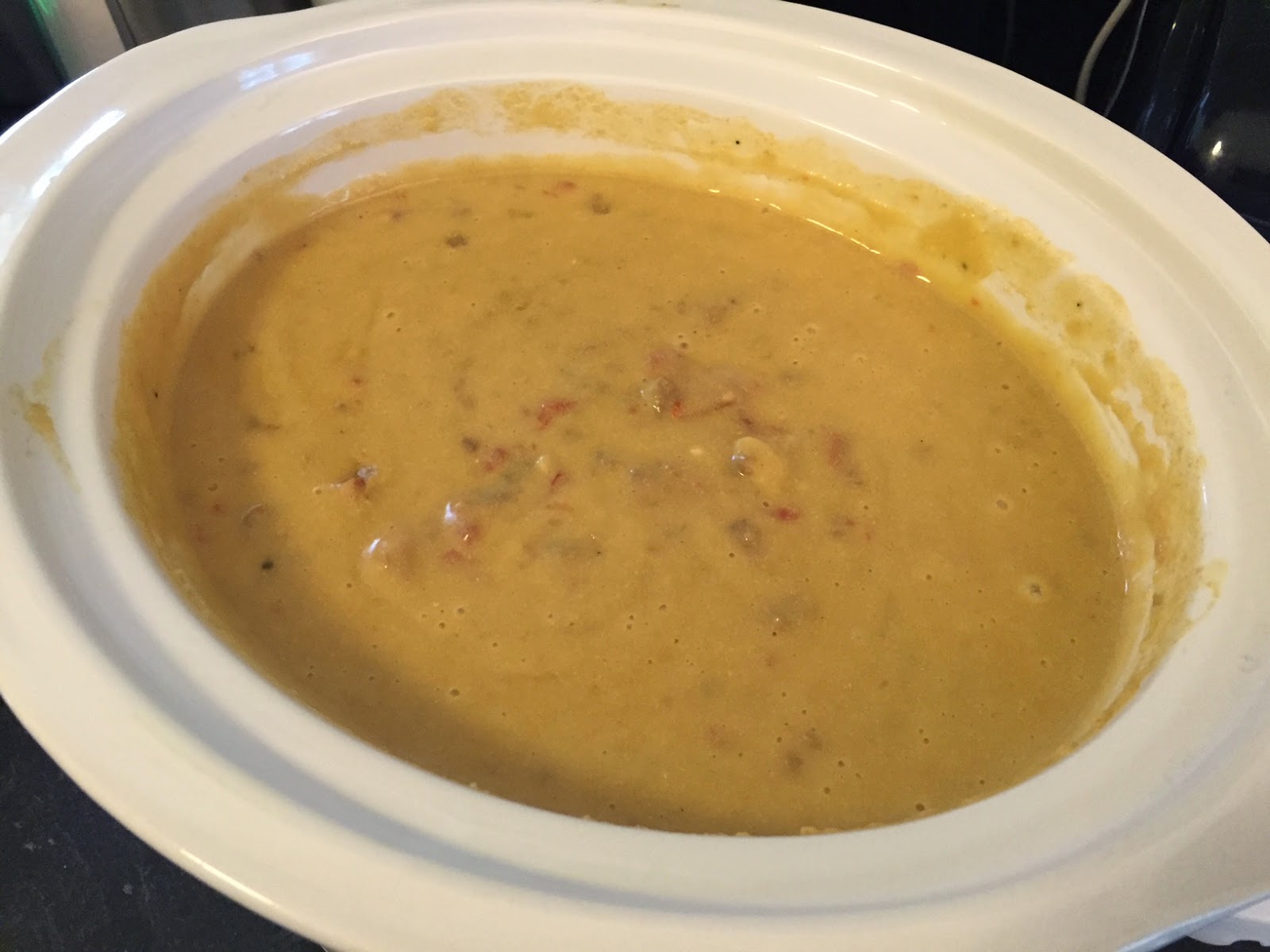 There was Guacamole and Salsa. 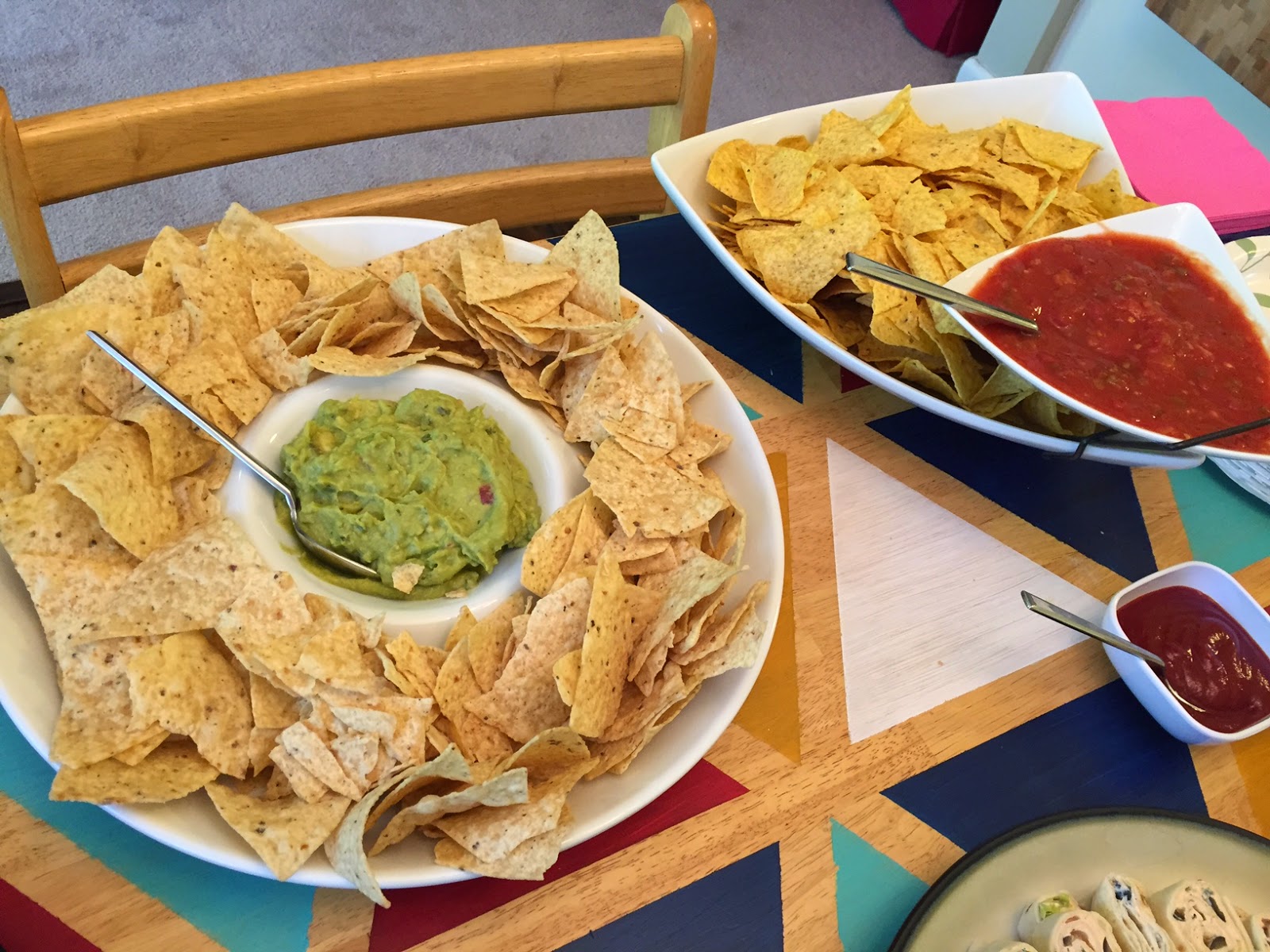 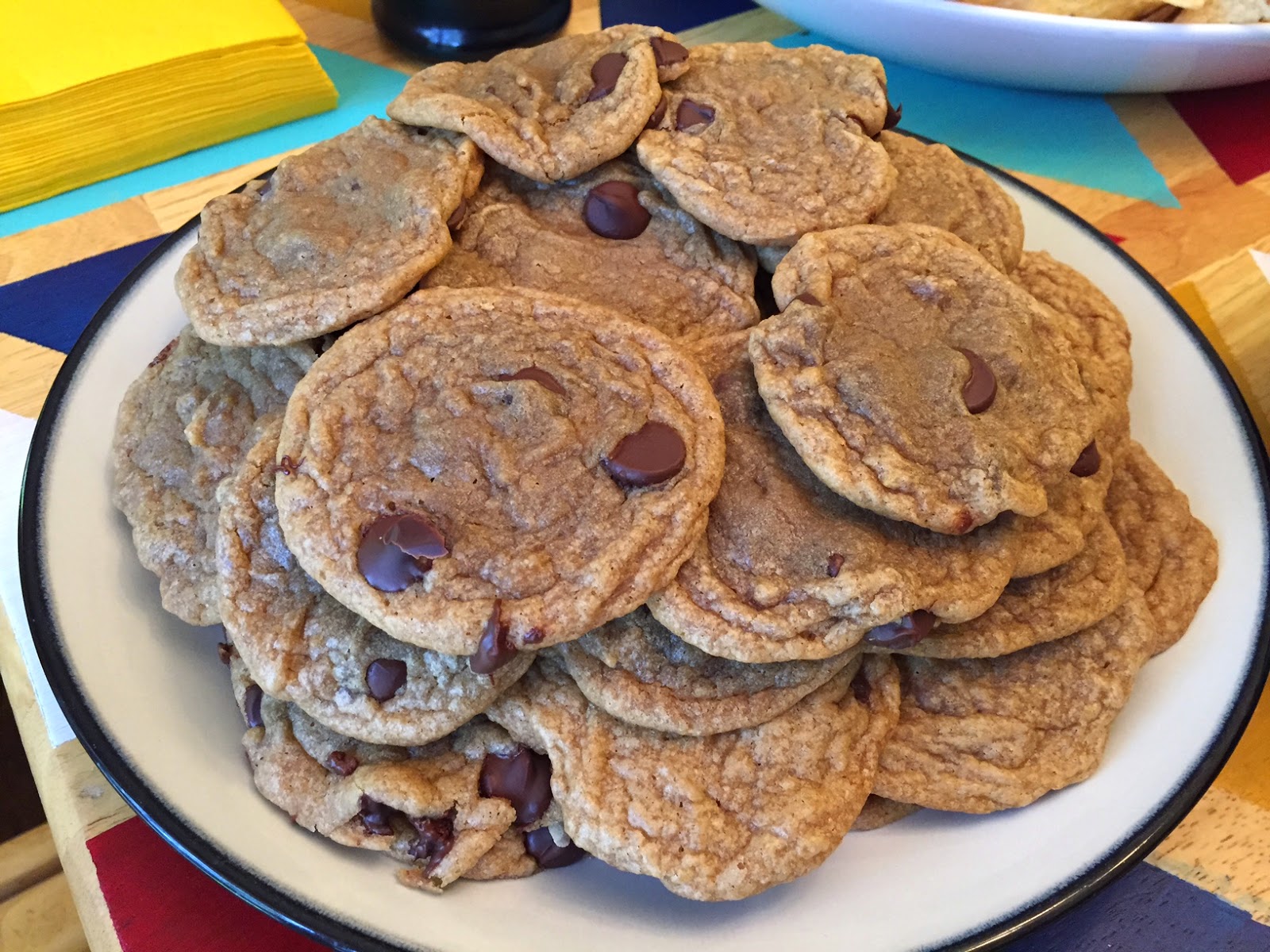 Dana from Vanishing Veggie came over! And she brought some more snacks — Vegan Chicken Salad and Crackers and some Kite Hill Almond Cream Cheese. But I failed to photograph those. Sheridan did get this shot of Dana ready to devour ALL the pigs in blankets. 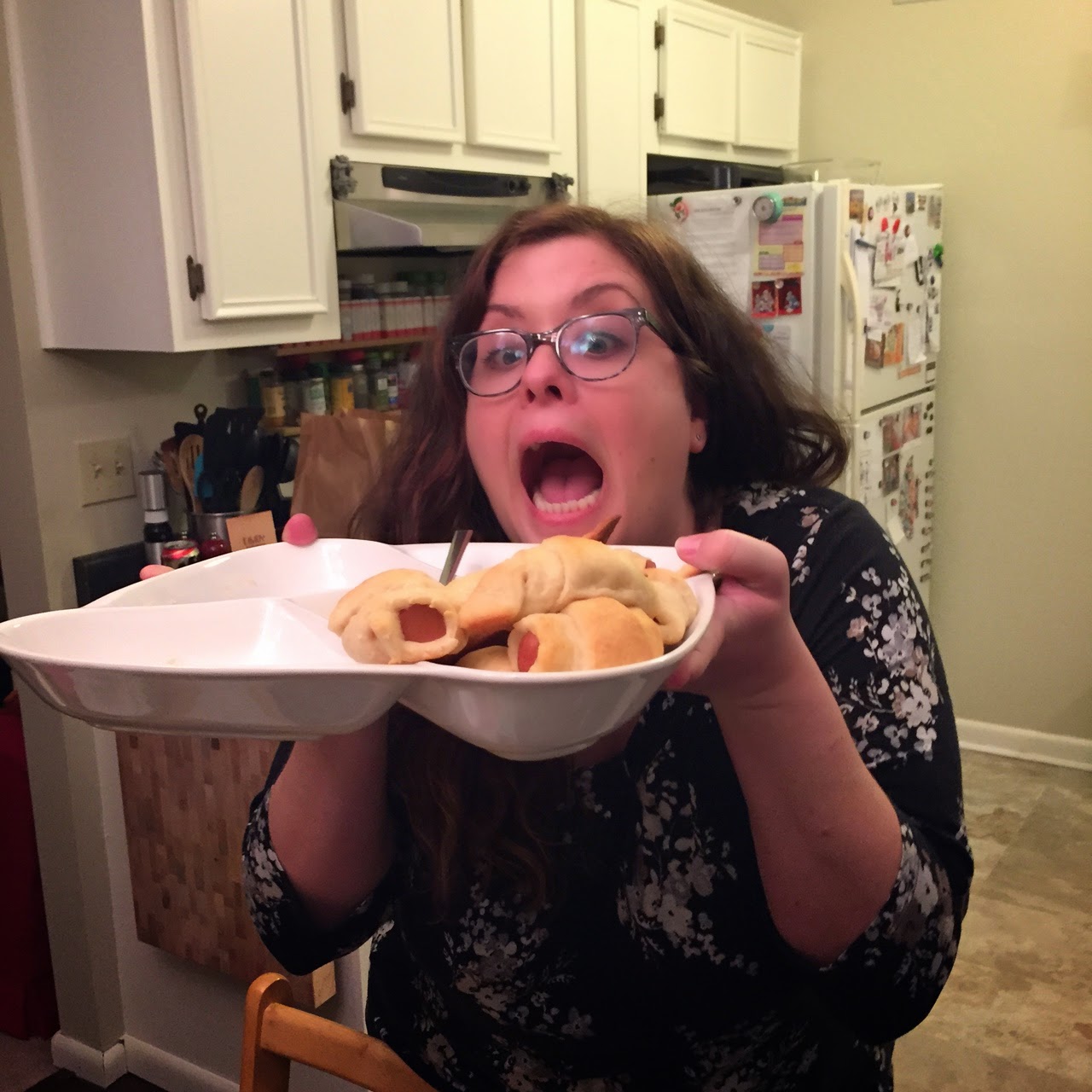 Speaking of Dana, Paul and I hung out with her in the area of Sheridan's backyard that I like to call Magic Fairy Circle. It's this lovely, witchy area with trees, bamboo, and all sorts of crystals buried in the yard from the previous owner. If I lived here, I'd never leave the backyard! 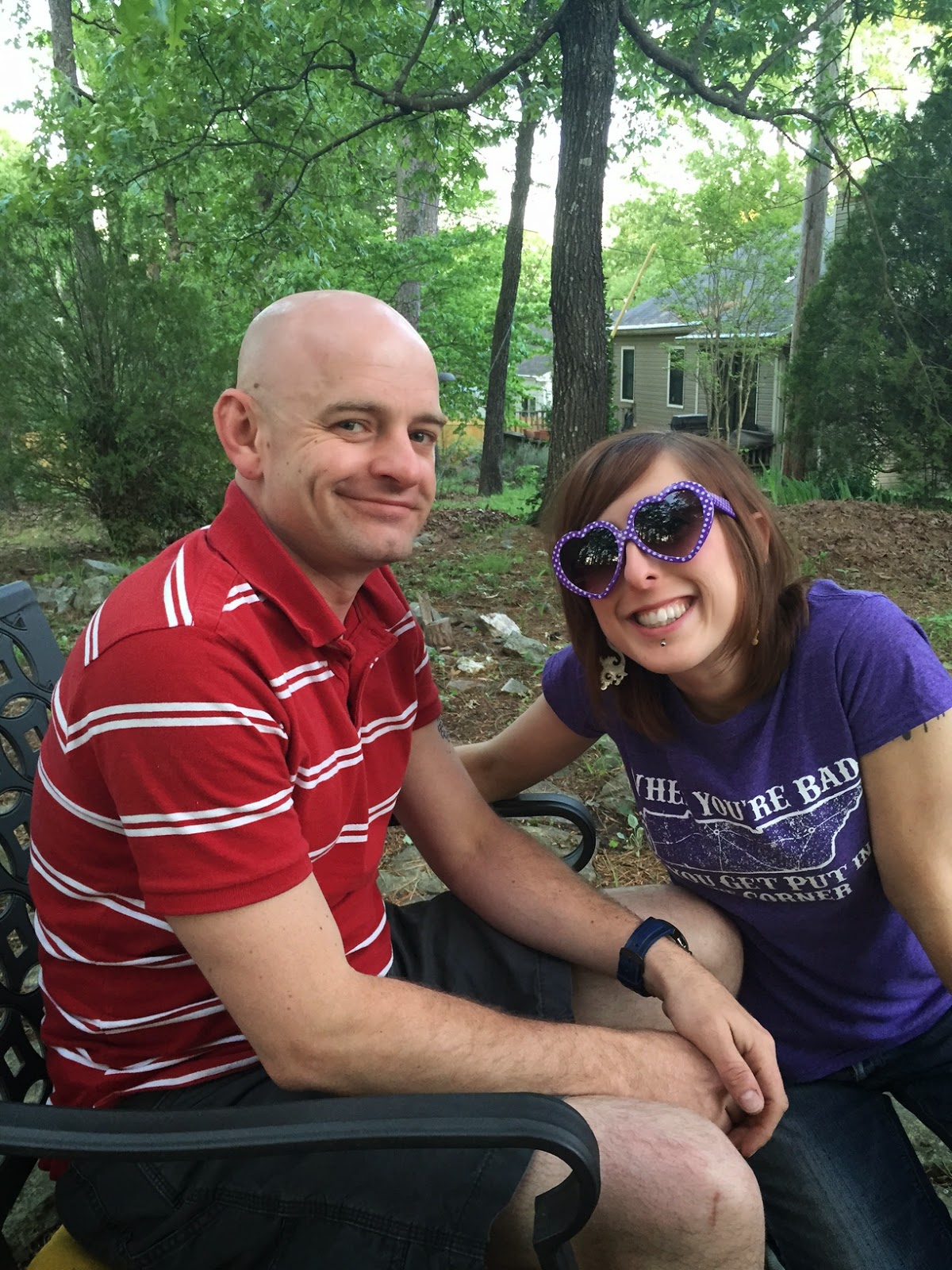 Oh, and let's not forget booze! It was a party, right? Sheridan and Drew arranged an ice bucket filled with beers, and there was a bowl of coozies. CUTE! 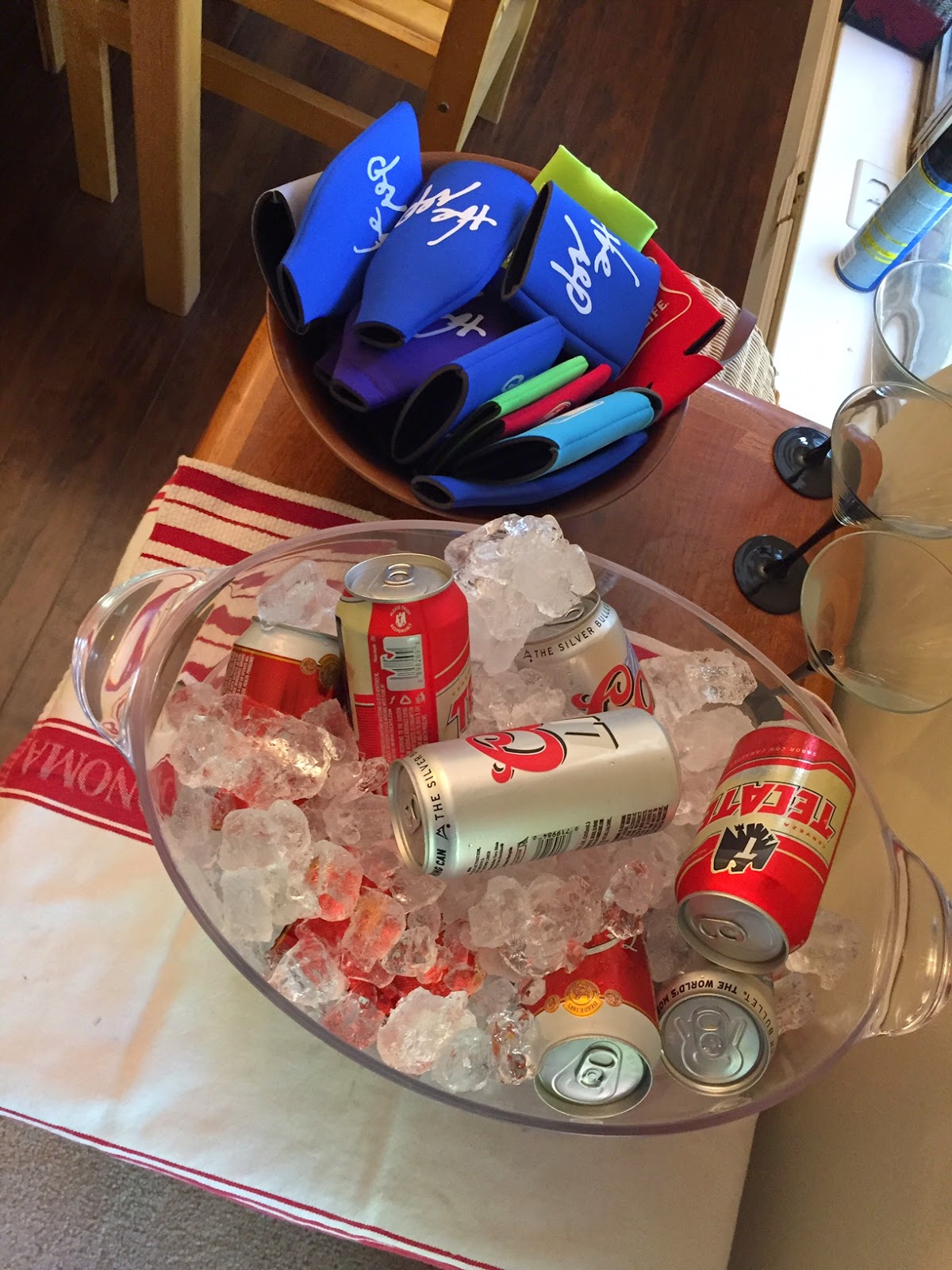 I picked up some assorted craft beers at Whole Foods there. And this 8-Bit Pale Ale was the highlight for sure! Nice can, light hops. 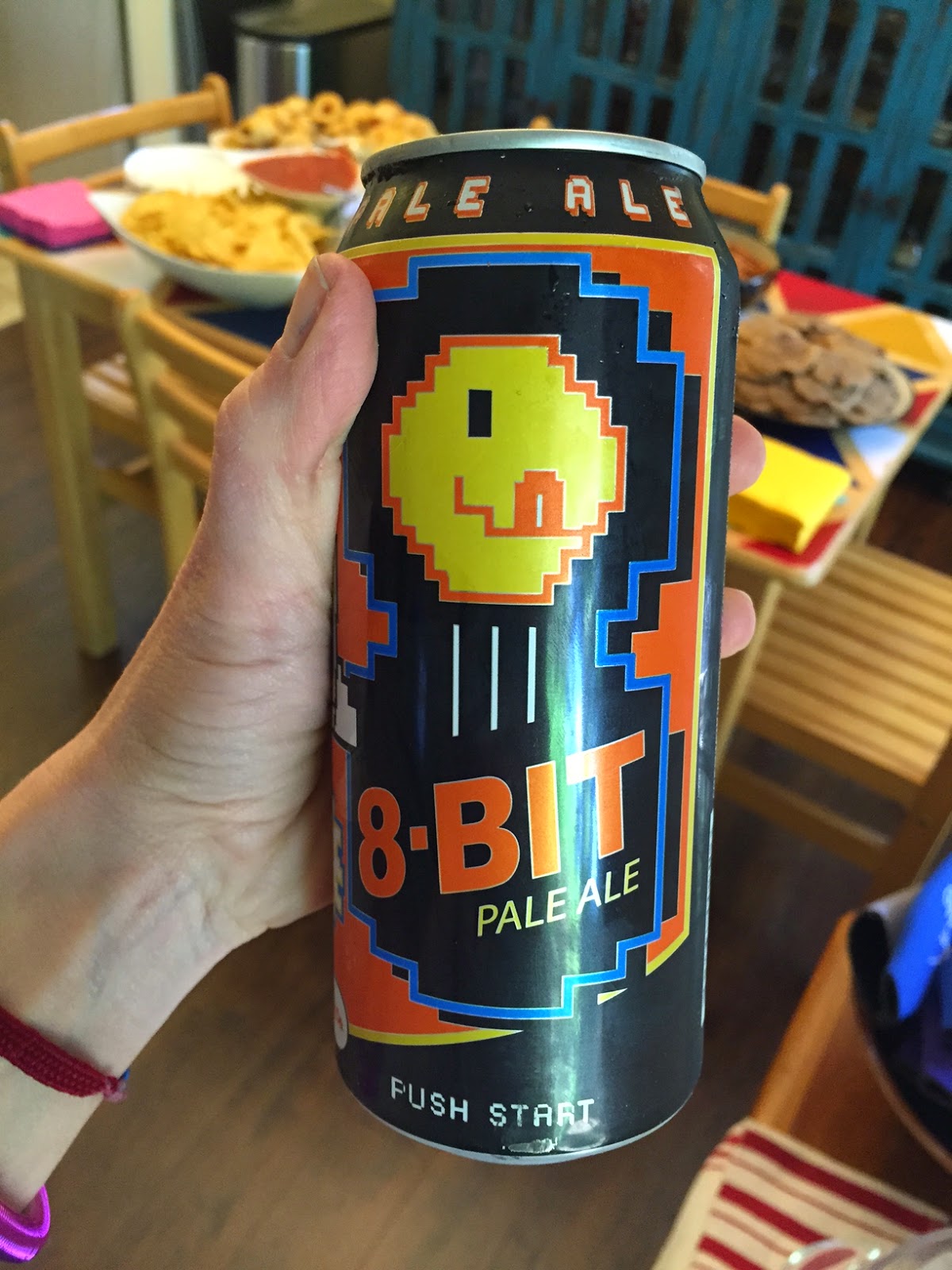 Happy Housewarming, Sheridan and Drew!!
Posted by Bianca at 10:34 PM

Those choc chip cookies from the PPK are the best! I love them!

Unknown, I'm not sure of everything but there were definitely black olives and green onions! Maybe some chipotle?

So good to see you guys. Those pigs in a blanket were AMAZING! Josh really liked the tortilla roll ups that I brought home. I must get the recipe. Good party! :)

Yayyy! Party!!! The tortilla rollups were a mixture of Tofutti cream cheese and Better-than-sour -cream, about a half of a packet of taco seasoning, diced black olives and green onions, a few tablespoons of salsa and a few squirts of Valentina's hot sauce. Super simple!

Congratulations to Sheridan and Drew. :D

That food looks so good, I want some of the pigs in blankets and the roll ups in particular! But also the cookies. And the dips. Basically I will just eat it all.

Thanks for sharing your recipe, Sheridan! Sounds incredible!