Puppies and Cupcakes and Squirrels! Oh My!

Quick post tonight because I have an early meeting in the morning. But it's filled with adorable animals so that should make up for the lack of wordiness.

As you probably know from past posts, my friend Cassi runs a vegan cupcake shop in Memphis called Pink Diva Cupcakery. She's been baking cupcakes for humans for months now, but now she also bakes cupcakes for dogs. 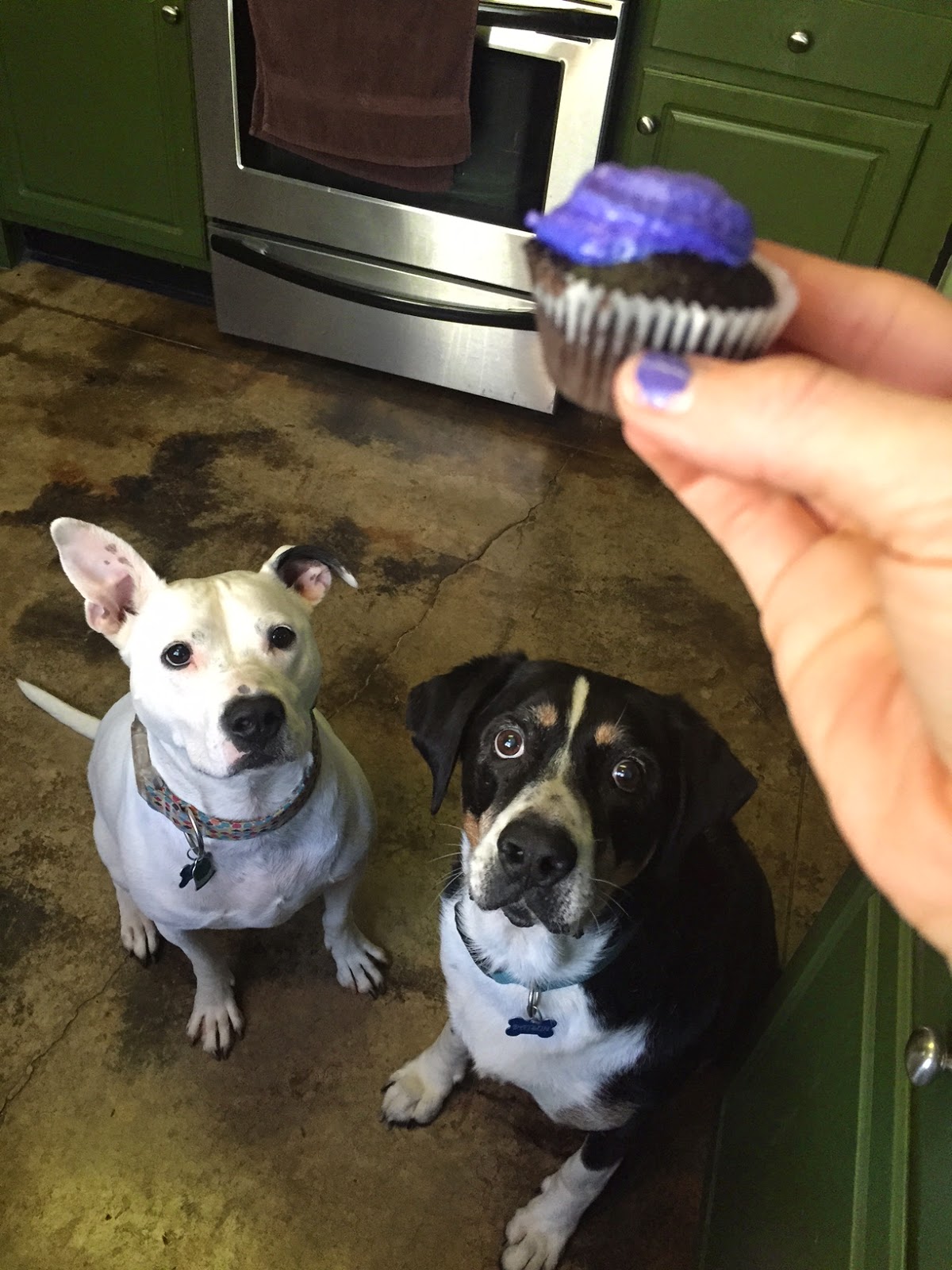 These little Pupcakes have a carob-coconut cake base with a vegan whipped cream frosting. I brought a couple home from her cupcake sale at the Healthy Memphis Food Fest this past weekend. 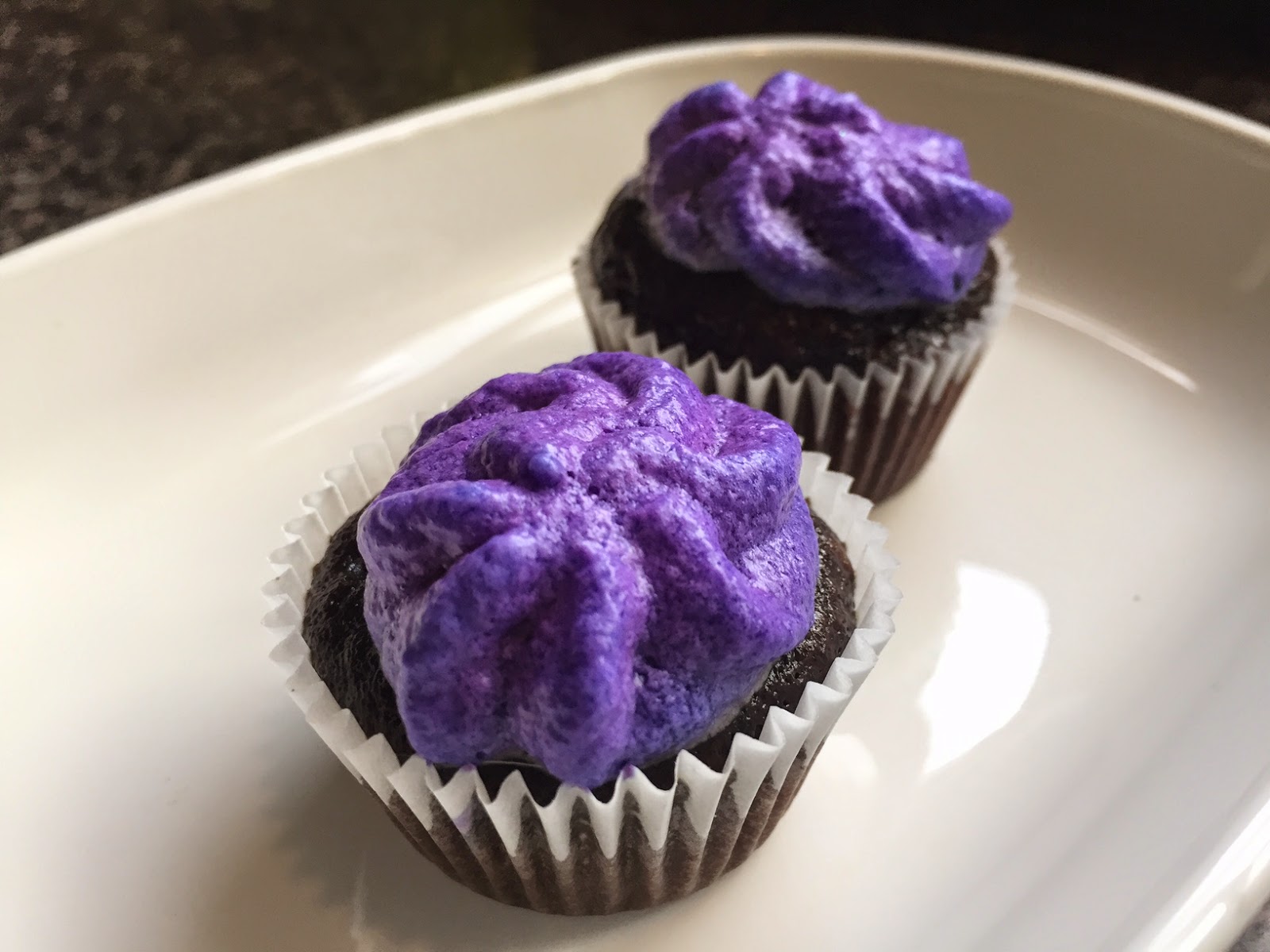 You can't see the cake in this picture, but I'm holding the cake just outside the frame. And Maynard is literally licking his lips! Datsun is just giving that adorable puppy-dog eye thing he does when he wants something. Spoiled rotten. 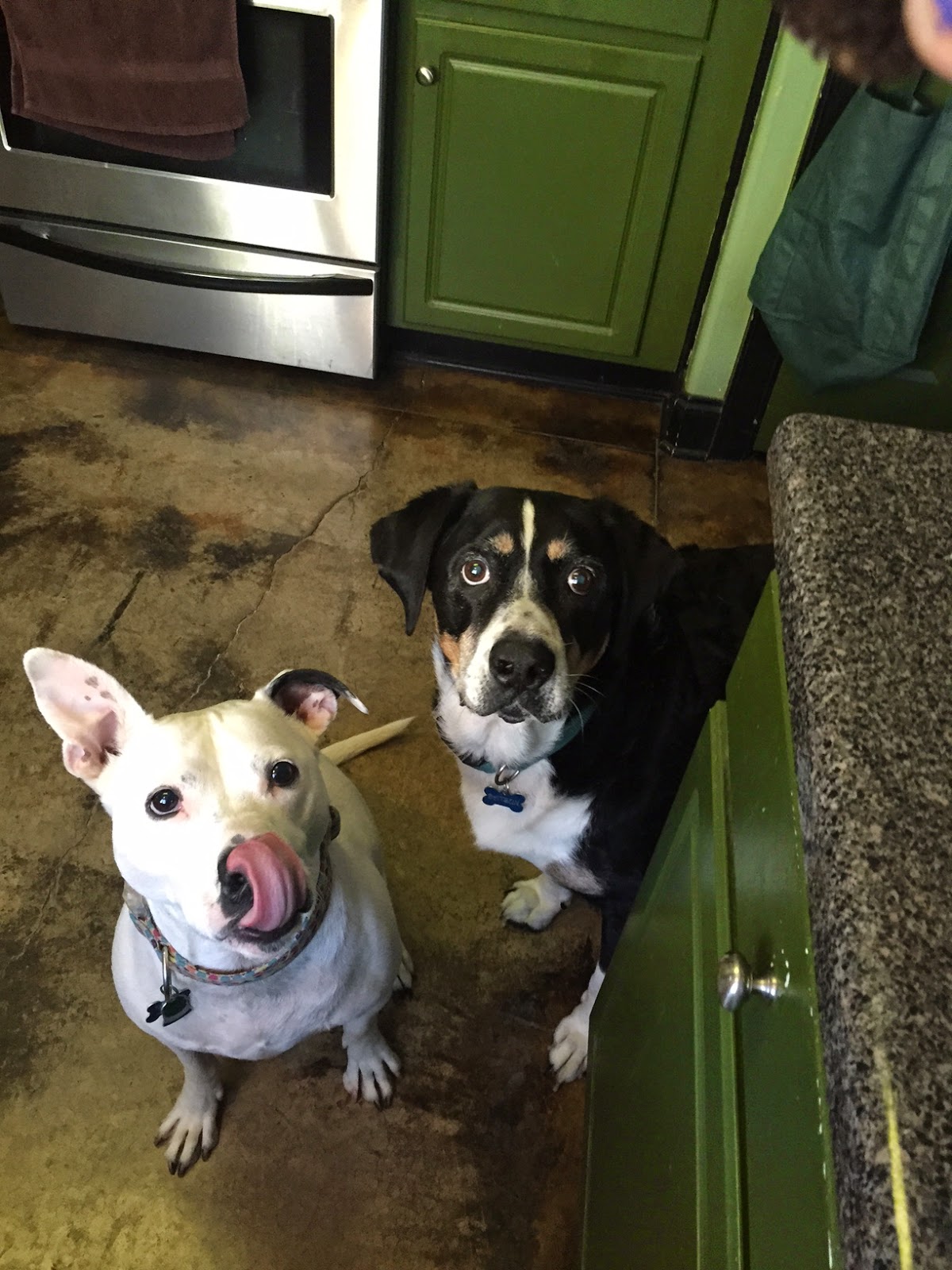 They gobbled the pupcakes right up, and then Datsun looked at me as if to say, "Where's the next one?" Anyway, if you're local and want a batch of pupcakes, place an order with Cassi here.

While we're on the subject of adorable animals, I figure you're all due for a Herman update. As you might remember, Herman is the little baby squirrel orphan we found in our backyard last summer. We bottle-fed him for months, and then when he was ready, we set him free. But he came back. And he's continued to visit (and get nut treats) nearly every day since we freed him in October. 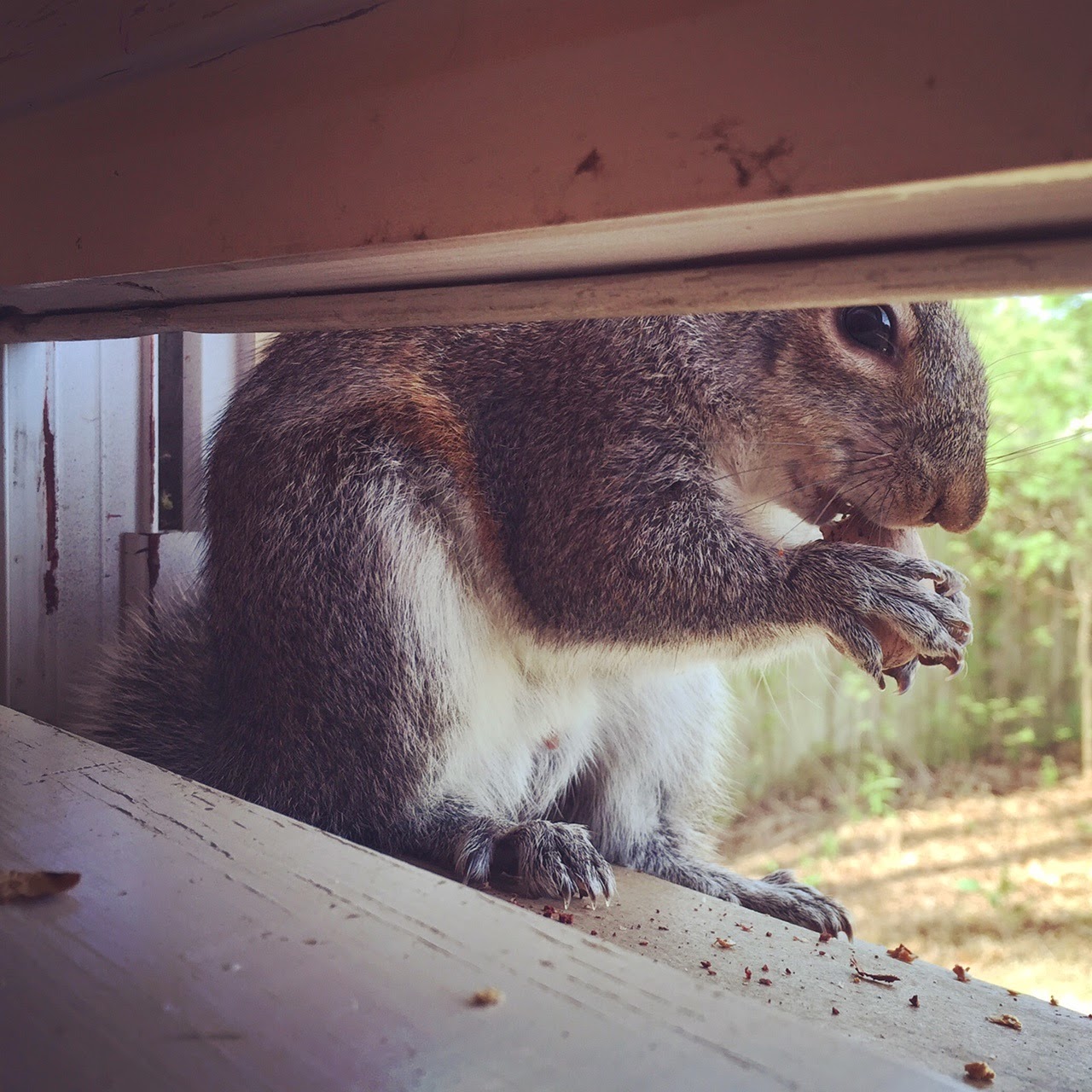 Herman survived the winter just fine! But he is just LOVING spring. Here's a cute video of Herman playing in the backyard this past weekend.

Your puppies are so cute! And this sounds crazy, but I was thinking about Herman the other day, and wondering how he was. Thanks for the adorable video!

Wow, Herman is so adorable. He knows you are vegan and won't harm him ... Now that's love.

Omg, I love Herman! I wish I had a squirrel friend! Great idea for Cassi to make the pupcakes! So sweet!

Thank you for the video!

What a sweet video! I'm so happy that Herman is happy! :)

Wow, that sucks that you can't run :( I totally identify as a "runner" so when I can't run, I feel at such a loss. I started having knee pain this winter/spring that has really hindered my running. Thankfully now, it looks like it may be on the mend. Fingers crossed. I love the squirrel video!

I'm so glad you and Herman are still pals :)

Herman is definitely a boy! Thanks for the video, I love that nutty little squirrel!

I have a long time feud going on with squirrels, but I'm soooo jealous of your relationship with Herman! He's so cute, and he looks really sweet :)