By now, you've probably sampled (and hoarded) Beanfield's Bean & Rice Chips. And if not, I hope you can soon because they're basically the best vegan tortilla chips on the market. And you wanna know why they're the best? Because they make vegan nacho tortilla chips! And — even better — vegan ranch tortilla chips! They're also the best because they're kinda healthy since they're made with beans and rice. Each serving has six grams of fiber and five grams of protein.

My local Whole Foods sells the nacho flavor, but they're still missing several other flavors. Thankfully, Beanfield's sent me a giant supply for review. I guess they wanted to make good and sure I had plenty to sample so I'd be able to have an informed opinion. They sent me two of the snack-size bags in each flavor and one large bag in each flavor! 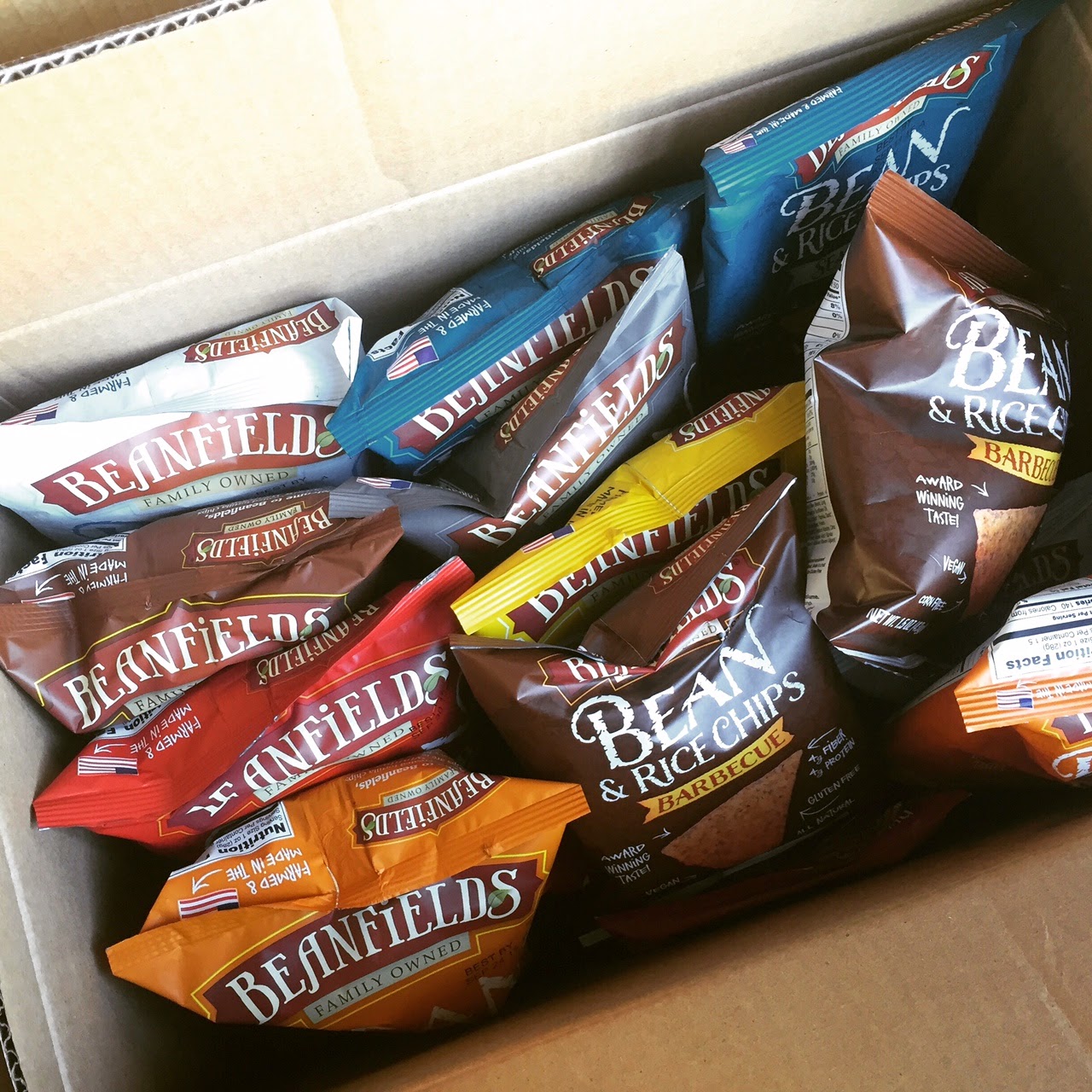 Well, I've been munching on these chips for about a month now, and I feel ready to share my tortilla chip expertise. Let's start with my personal fave, Ranch! 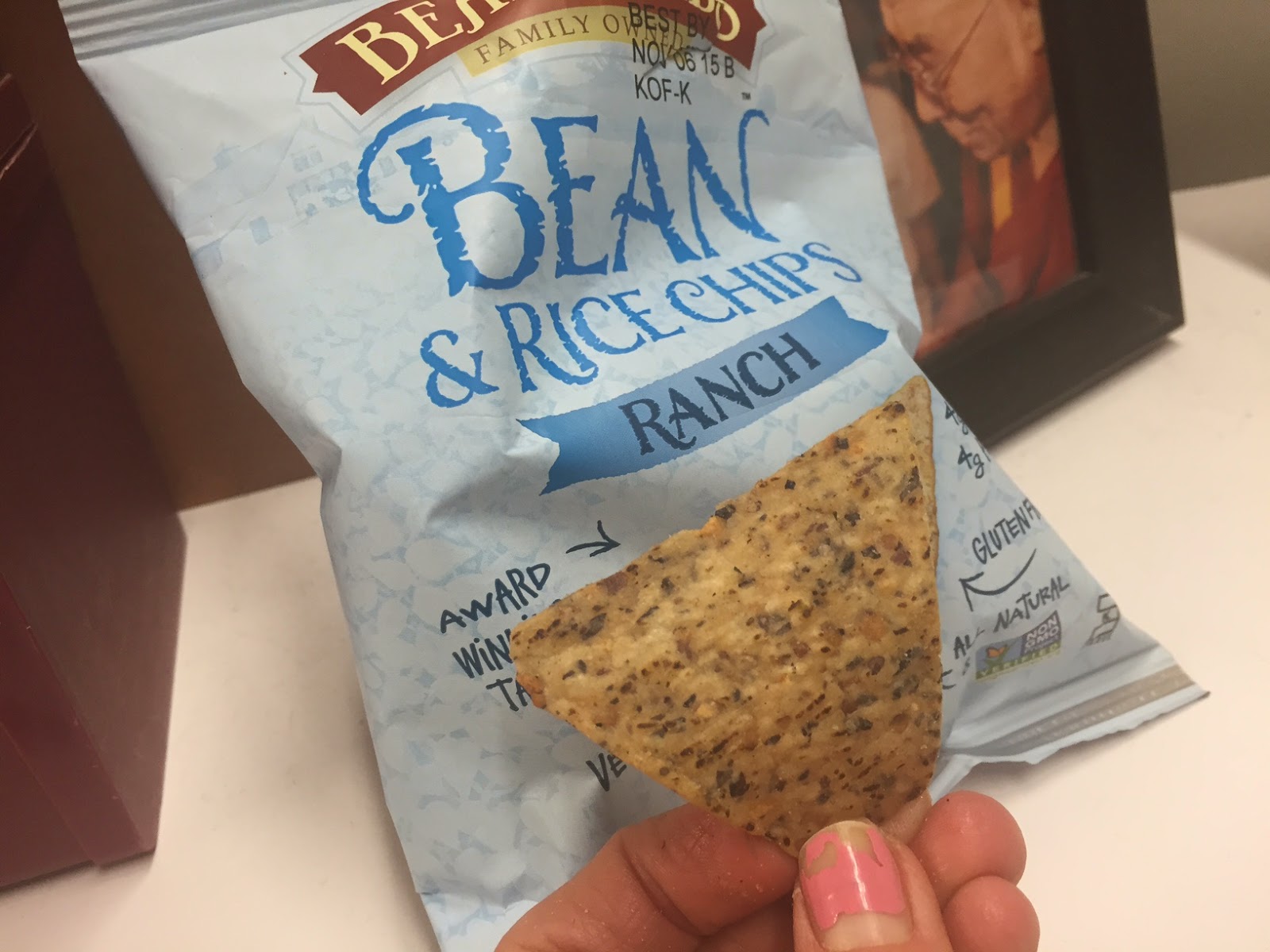 Before Beanfield's came out with ranch tortilla chips, I'd been saying for years that I wished someone would veganize Cool Ranch Doritos. I'm a Southern girl, as you know, and we like our ranch-flavored stuff down here. Everything is better with ranch.

These have a strong ranch flavor, but the bean flavor shines through too. I especially love that all of Beanfield's chips have a crunchy texture that somehow melts in your mouth. The chips are very thin, and once you bite in, they dissolve into a party of flavor in your mouth.

Since I had so many chips, I offered some to my omni co-worker/real life friend Shara. She picked the ranch, and here's what she had to say: "As a lifetime lover of Cool Ranch Doritos, I'd have to say these are very close in flavor without all the crap ingredients (NO MSG!). My fingers aren't coated with seasonings as I'm eating them, as often happens with Doritos, and I like the crunchy texture of the bean and rice chips. Howdeydodat?"

My second fave would be the Nacho, for sure. They get their cheesy flavor from yeast extract, tomato powder, bell pepper powder, onion powder, and a "natural non-dairy flavor." I enjoyed these with a microwaved Sweet Earth burrito one day at work for lunch. 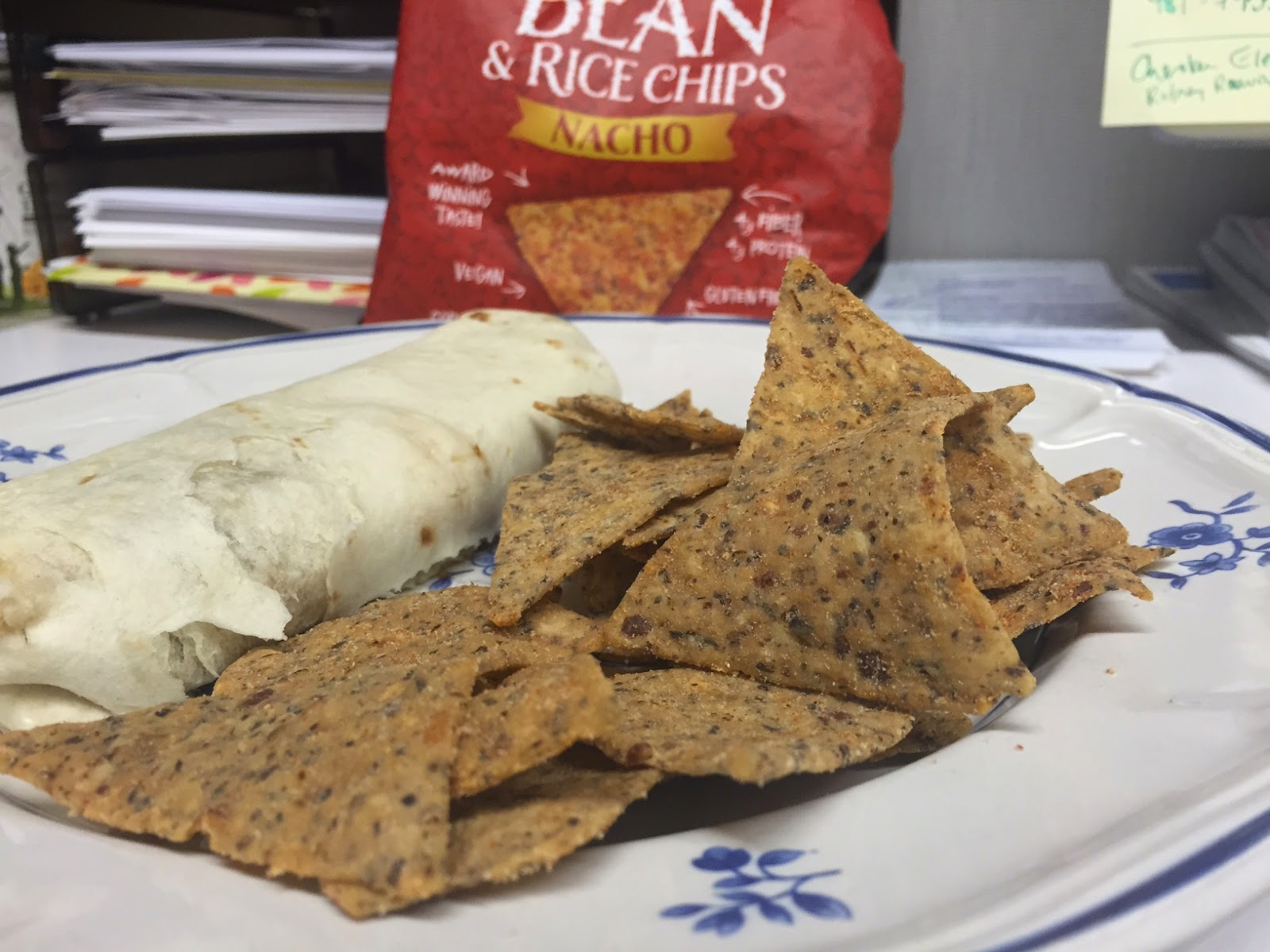 Next up, I love the Barbecue flavor!! Who would have thought to add 'cue flavor to tortilla chips? I'm pretty sure that's not been done before. But why not? It's genius. These have a strong barbecue flavor that's perfect for pairing with a vegan deli meat sandwich (here I have Field Roast Deli Slices with Chao Cheese on Ezekiel bread). Great for picnics or backyard barbecues too! These chips just scream summer! 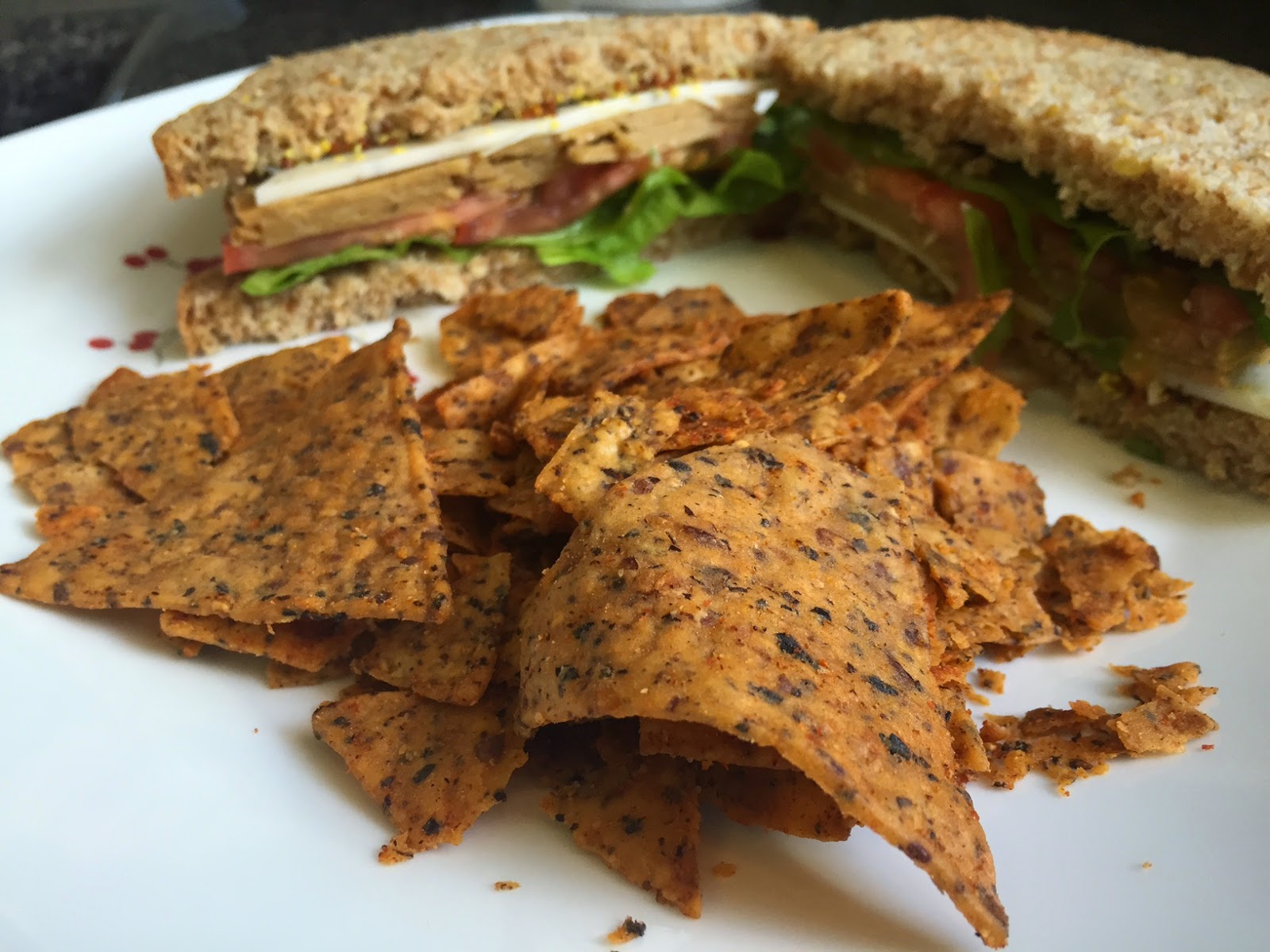 My next fave is the Pico de Gallo! You don't even need salsa with these because the salsa is in the chip! That makes for less mess, meaning these chips are perfect for travel. I ate this bag on the plane to Seattle a few weeks back. 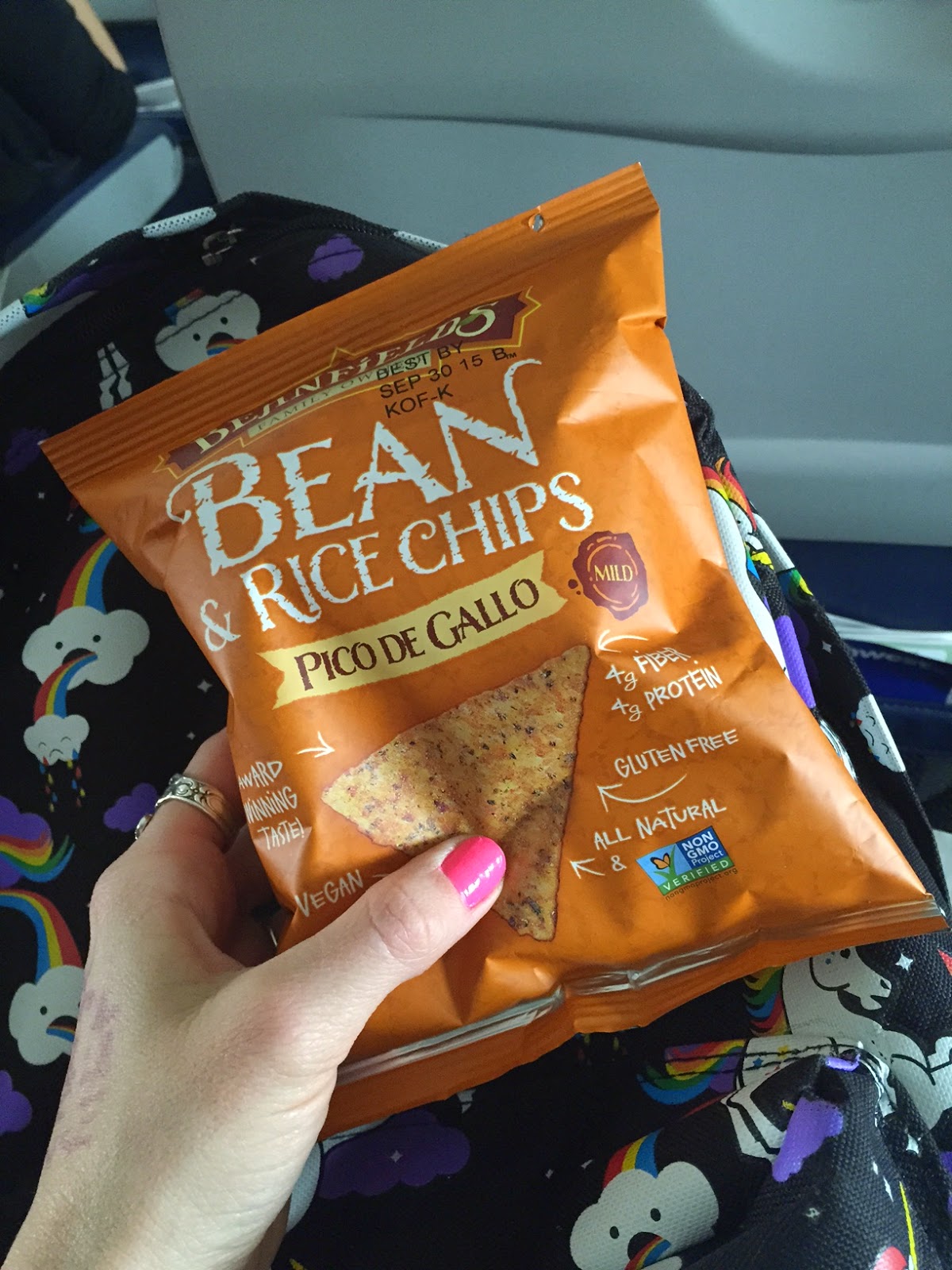 The Salt 'n' Pepper flavor has a very subtle hint of pepper. Love them. But personally, I could go for even more black pepper. But I'm a spice nut, so there's that. Of course, they're still delicious straight from the bag. 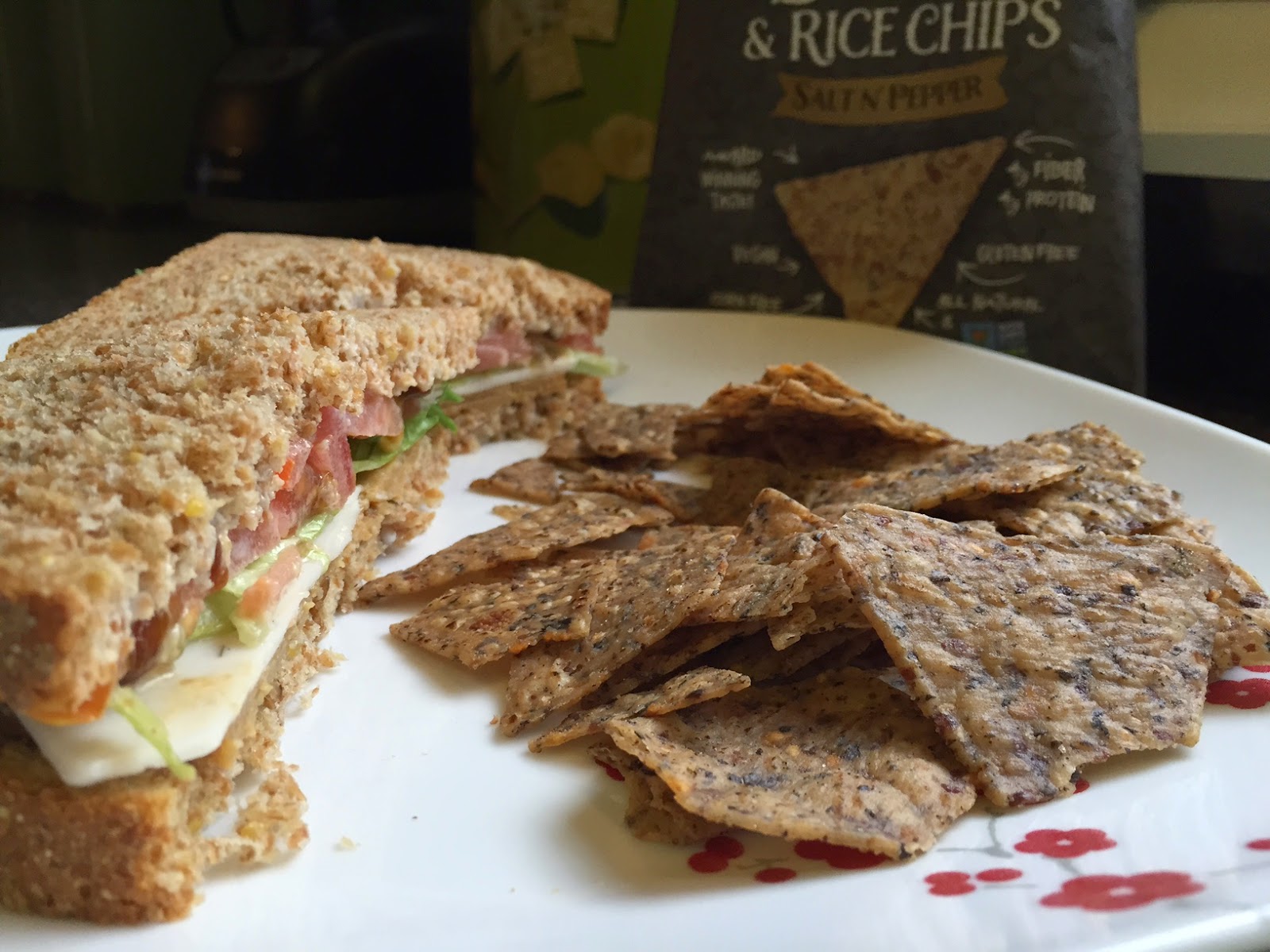 The Sea Salt chips are Beanfield's version of plain tortilla chips. But they're still big on flavor due to the prominent taste of beans and rice. So I like to dip those in salsa or vegan queso. Last week, I used them to make a big ole plate of nachos! I topped my chips with vegan TVP beef, nooch sauce, avocado, corn, olives, jalapenos, tomatoes, salsa, and Tofutti vegan sour cream. 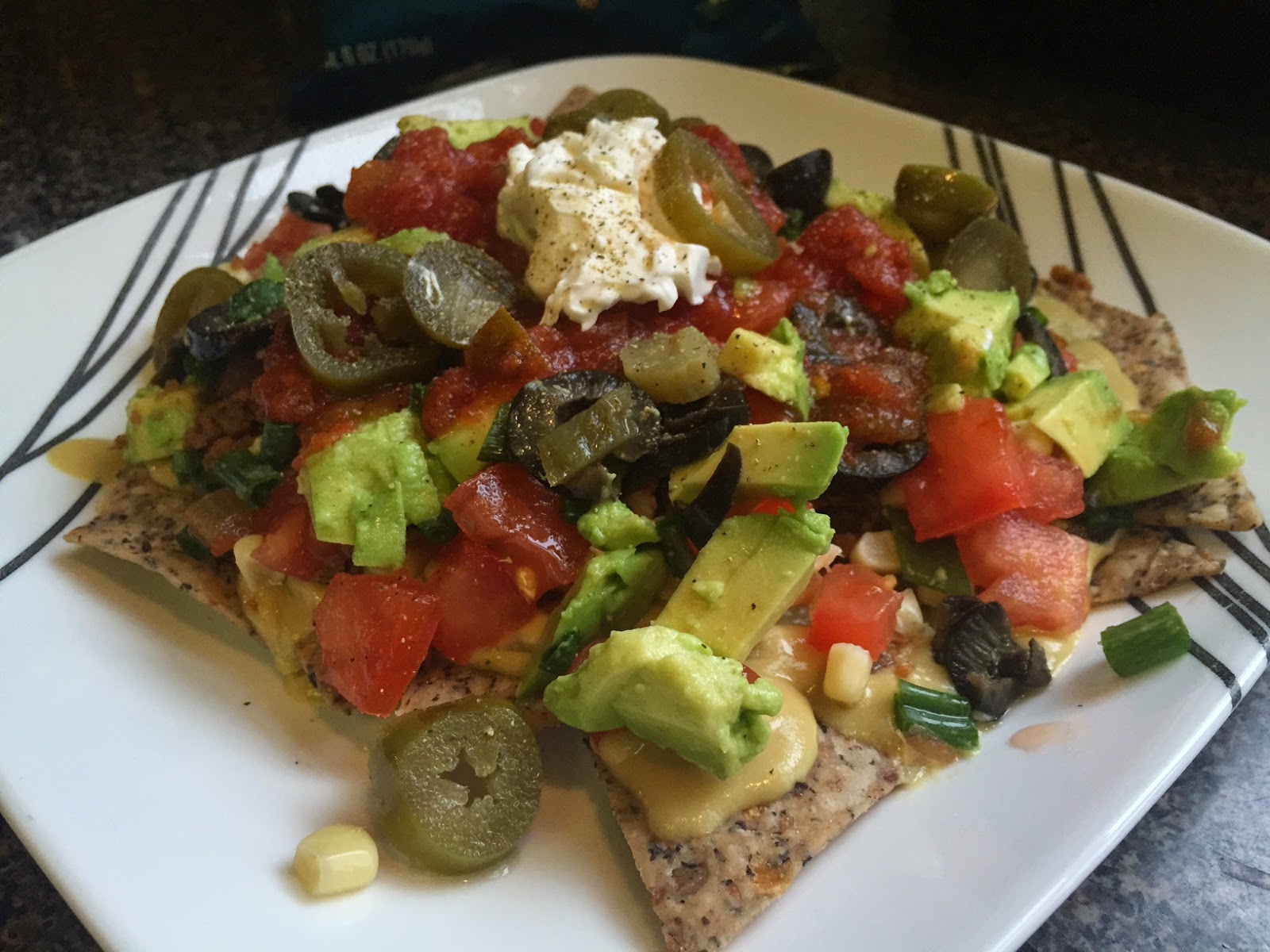 Truth be told, I haven't tried the Unsalted ones yet. I figure those would be best crumbled into tortilla soup or in tofu migas or some other dish that already has salt in it. Or if you're just looking to trim your sodium intake, I guess you could used to eating unsalted chips on their own.

Anyway, Beanfield's is awesome and they pretty much rule the vegan chip world.
Posted by Bianca at 10:45 PM

Wow, you lucky duck! We have Beanfields here in Australia but I've only even seen the nacho and the sea salt flavours. I especially like the nacho ones, but would love for them to send some of the other flavours our way - yum!

I love the nacho flavors. Also- I was creepin on some old posts of yours recently and you mentioned something about a video cooking competition. Have these been posted already?
Thanks

I love the Beanfields ranch chips! They are so delicious, I have a hard time with will power when they're around!

Hi Anonymous! The cooking competition videos are not up yet but hopefully soon. We finished shooting in October and filmed the winner announcement back in February. But the shows are in the editing process now. Our filmmaker friends are working on them in between their real jobs and paying projects, so it's moving a little slow. But I will definitely post links when they go live! Thanks for asking!