Here's a random meal round-up from the past couple weeks.

I've really been into bagels lately. That's because I've discovered Kite Hill Almond Cream Cheese. Our Memphis Whole Foods doesn't sell it, but I grabbed some in Little Rock last weekend. So good. BEST CREAM CHEESE EVER! This is the one with chives and onion on everything bagels. 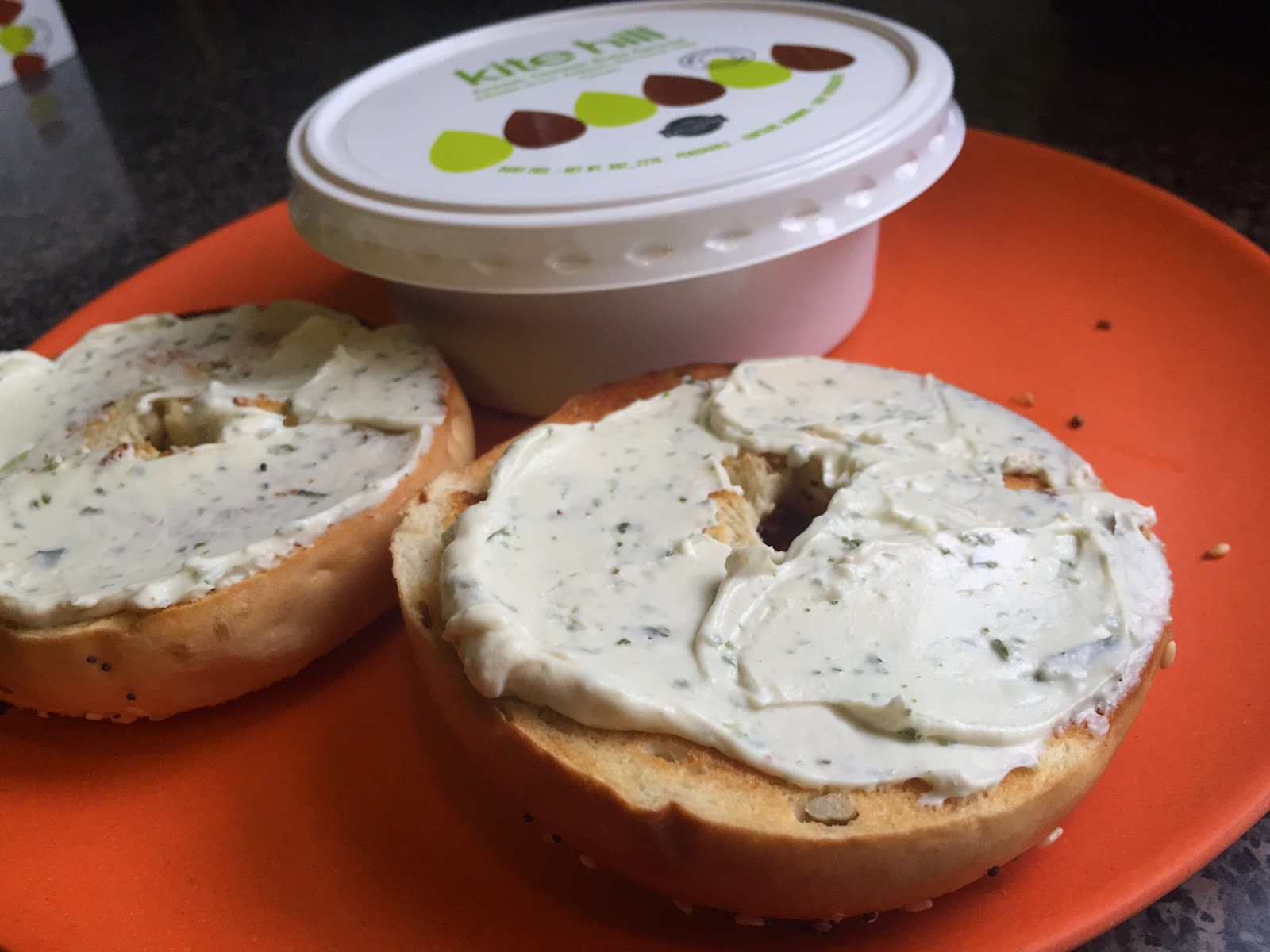 I had a cooking demo a couple weekends ago at the Memphis Library Bookstock, and I made my Vegan Pimento Cheese. I had a little leftover after sampling, so I also spread that on bagels. These were whole wheat bagels. 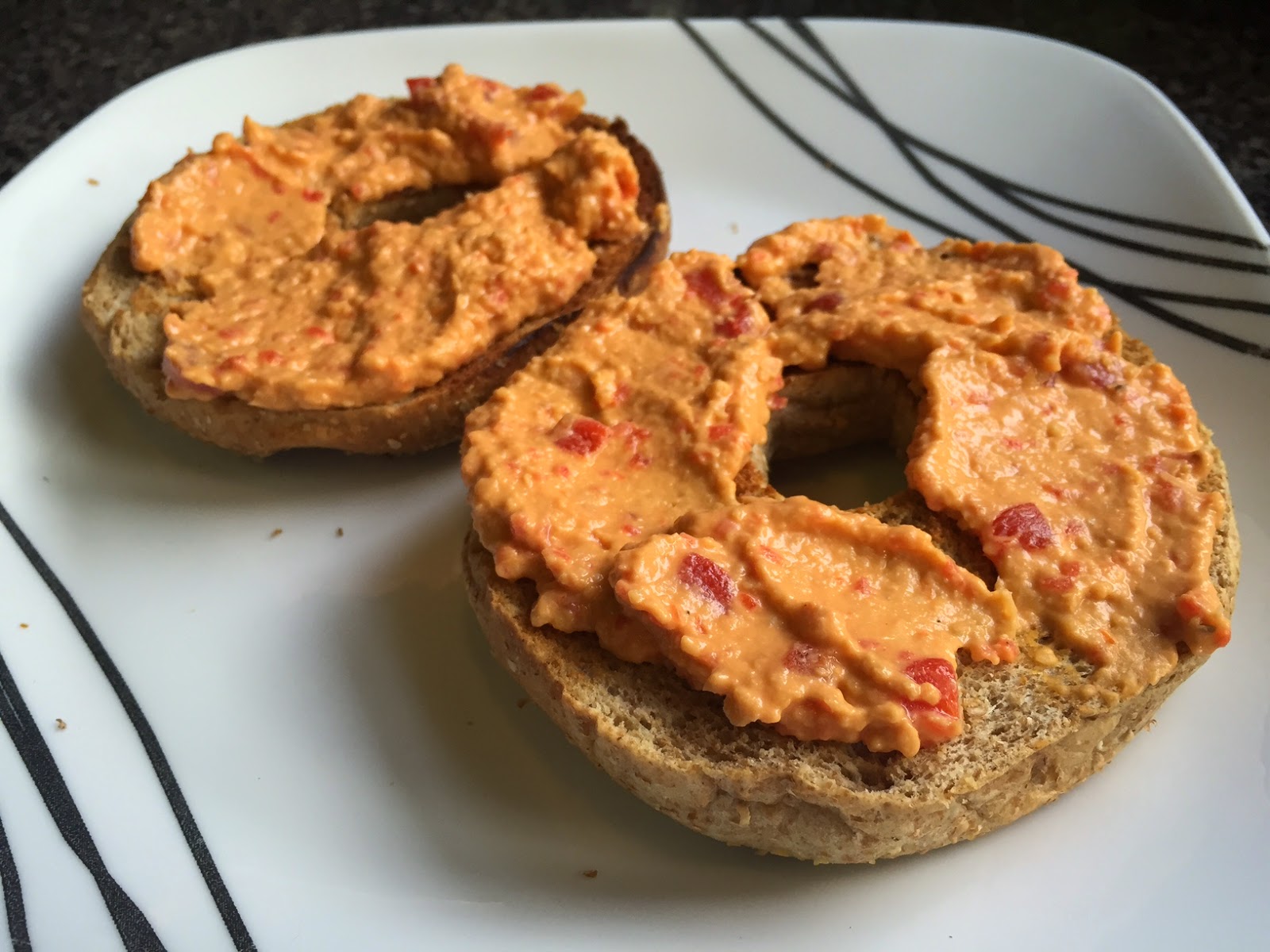 I've gotten in the habit of having a bowl of fruit with breakfast. And my fave right now is Strawberries with Bee-Free Honee and Cinnamon! 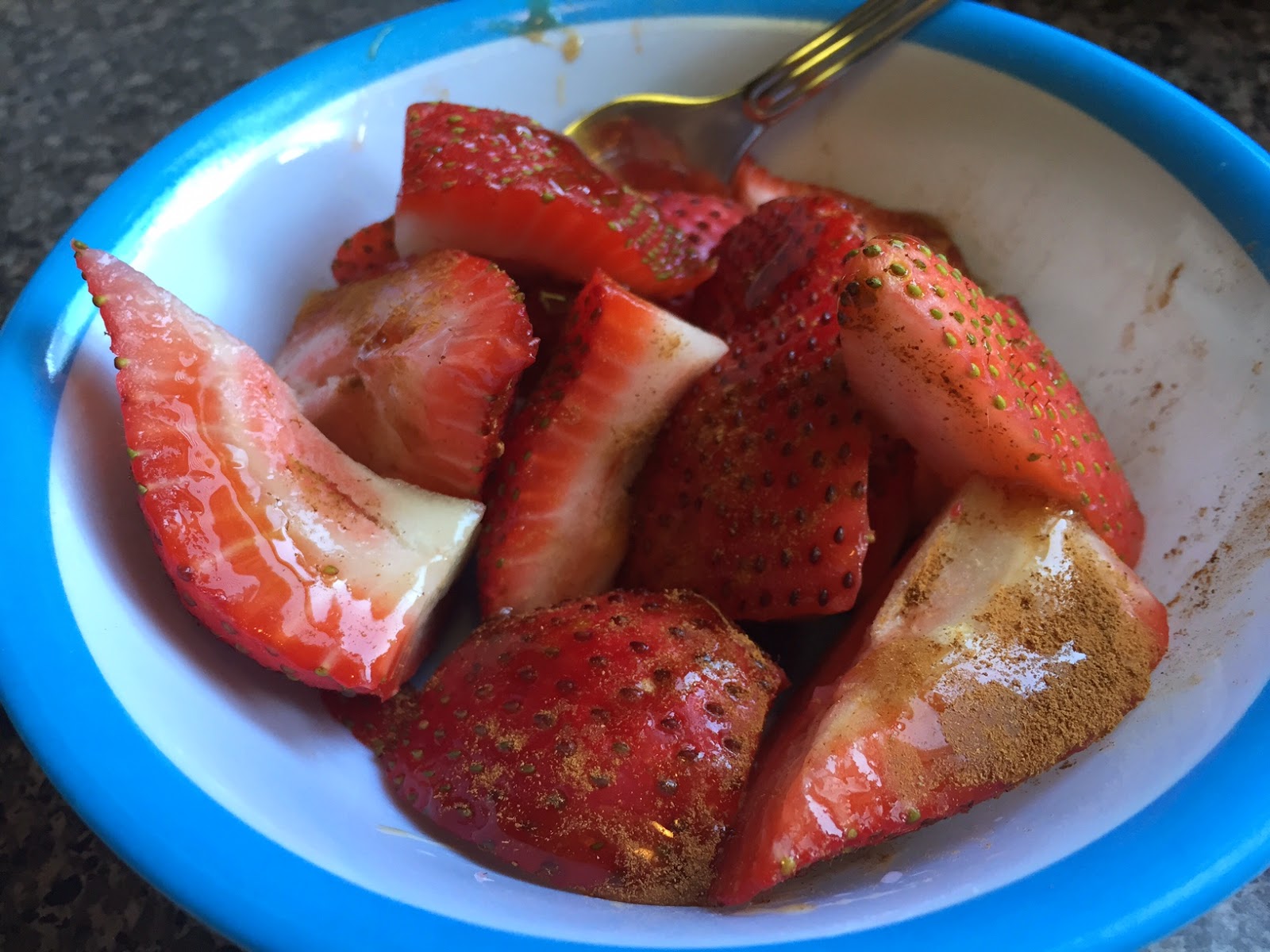 For lunch one day, I hit up the Revival beer garden at the Tennessee Brewery, which is conveniently across the street from my office. They have a rotating cast of food trucks there, and one day at lunch, Fuel was there serving up their delicious Vegan Tacos (with Fuel's homemade veggie burger crumbles, vegan cheese, vegan sour cream, and avocado). 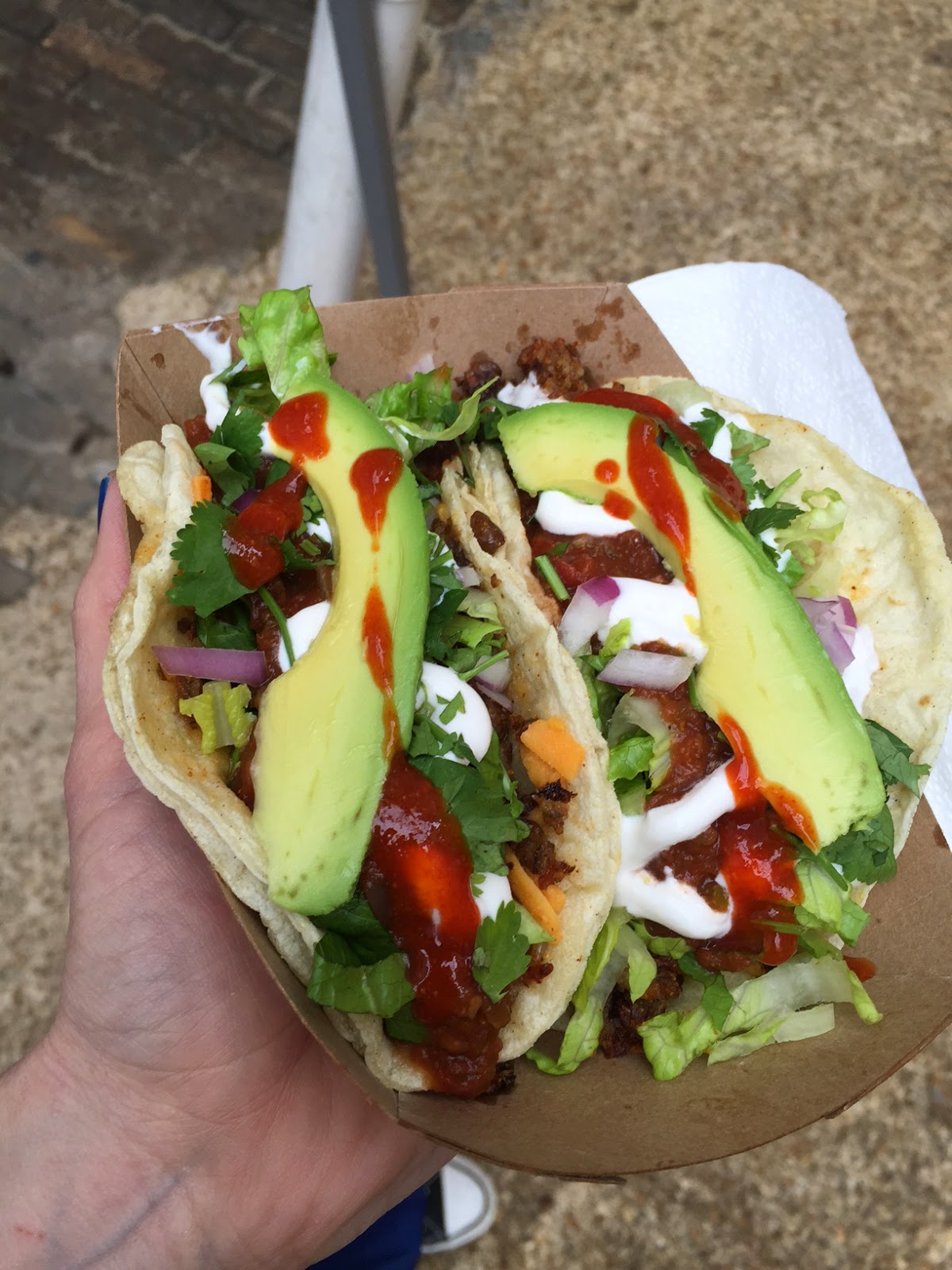 I dressed up the pasta leftover from Paul's birthday dinner at Folk's Folly a couple weeks back by adding Tofurky Spinach-Pesto Sausage and vegan parm by Go Veggie. 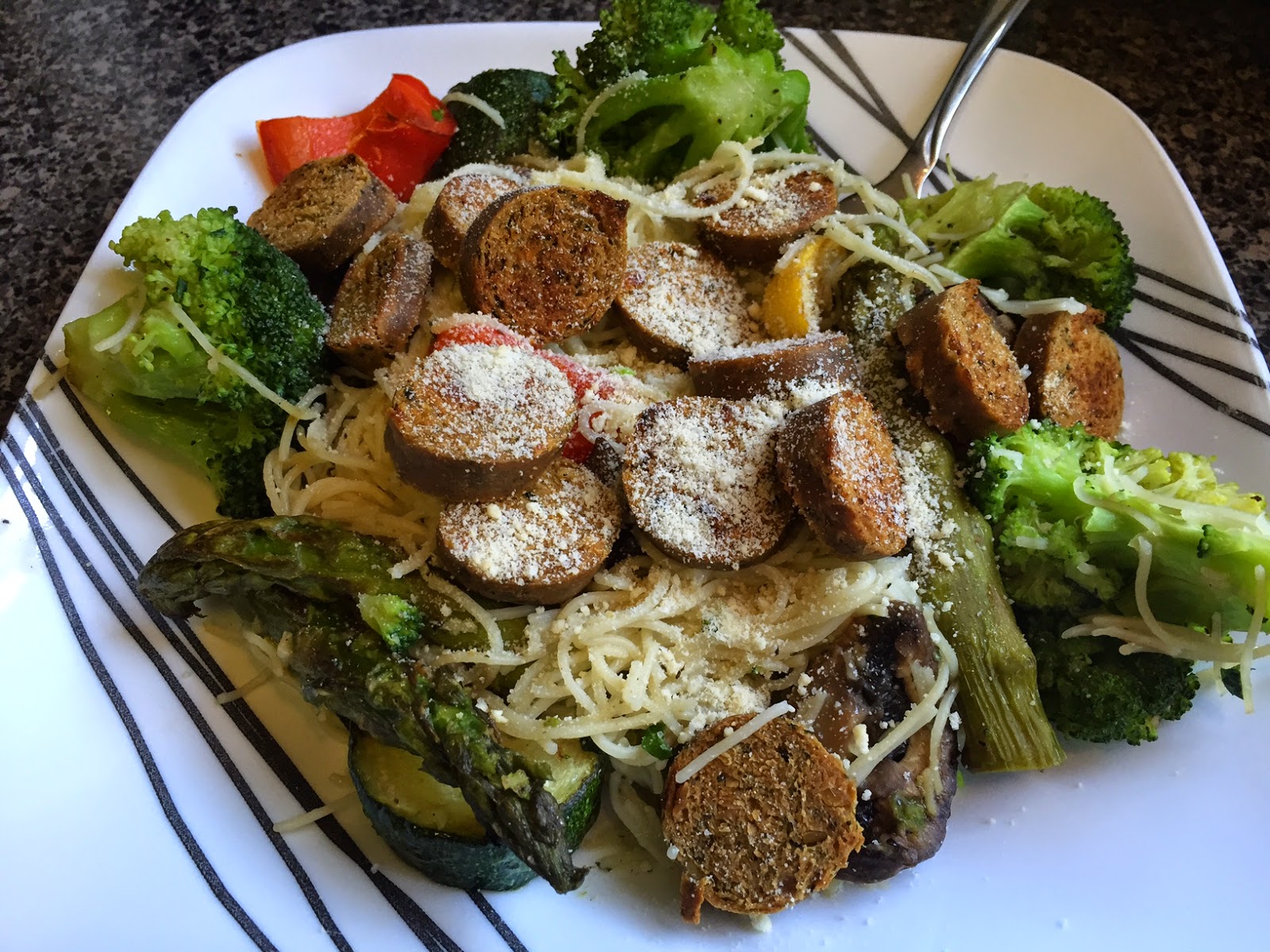 For dinner one night, I made Spicy Miso "Chicken" with Broccoli and Brown Rice using this recipe from the Beyond Meat website. Beyond Meat is definitely my fave vegan chicken sub. 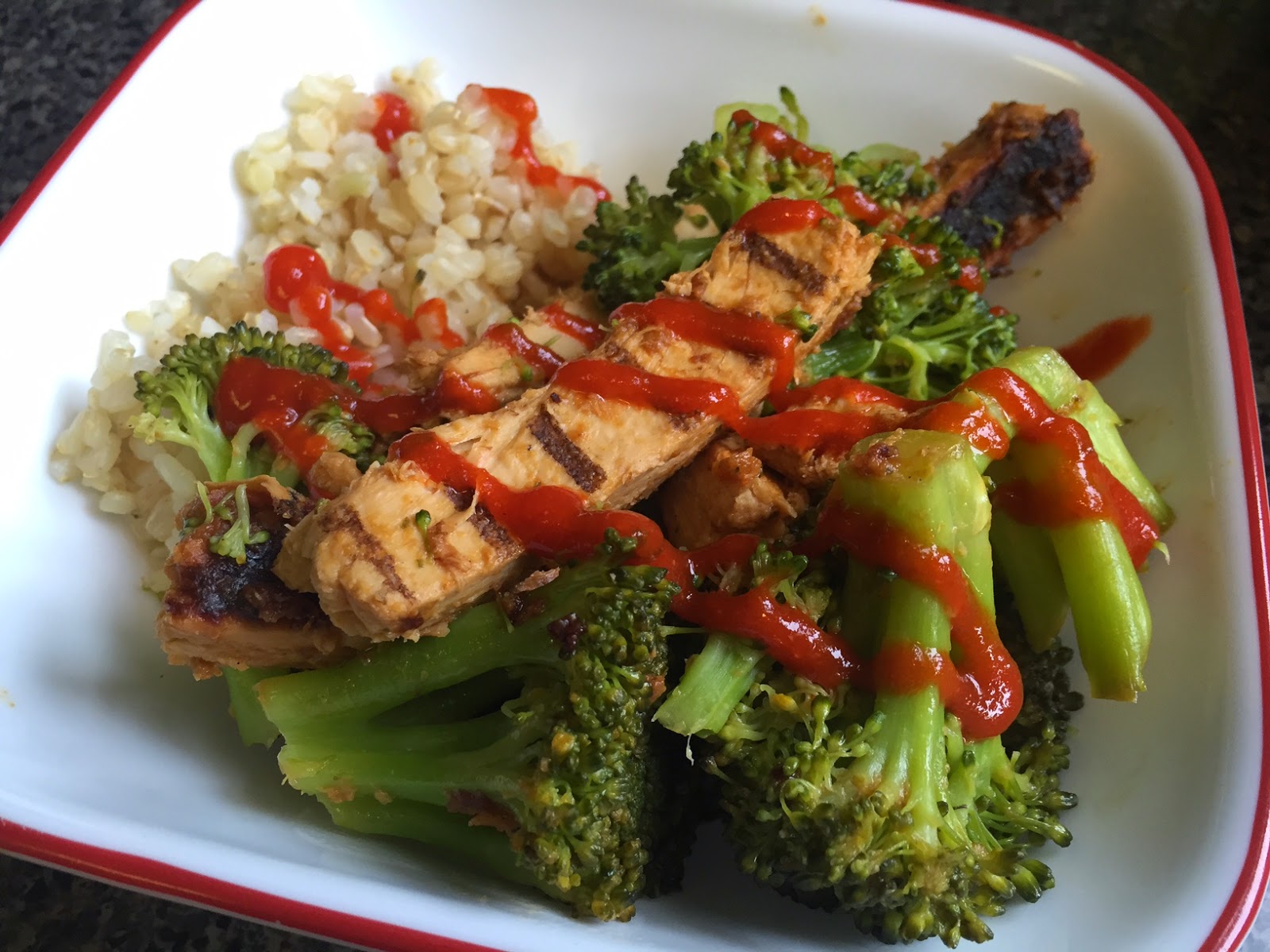 There's an adorable little pizzaria by my house called Midtown Crossing (and it's also the home of Cassi's vegan cupcakery, Pink Diva). Midtown Crossing is in the process of adding some vegan menu items, but until they do, they're very willing to go off-menu and make something special for vegans. Last week, they made me this Hummus & Veggie Stromboli with Olive Oil and Herbs! OMG!!! The soft, chewy crust was stuffed with lots of hummus, black olives, caramelized onion, tomatoes, and mushrooms. 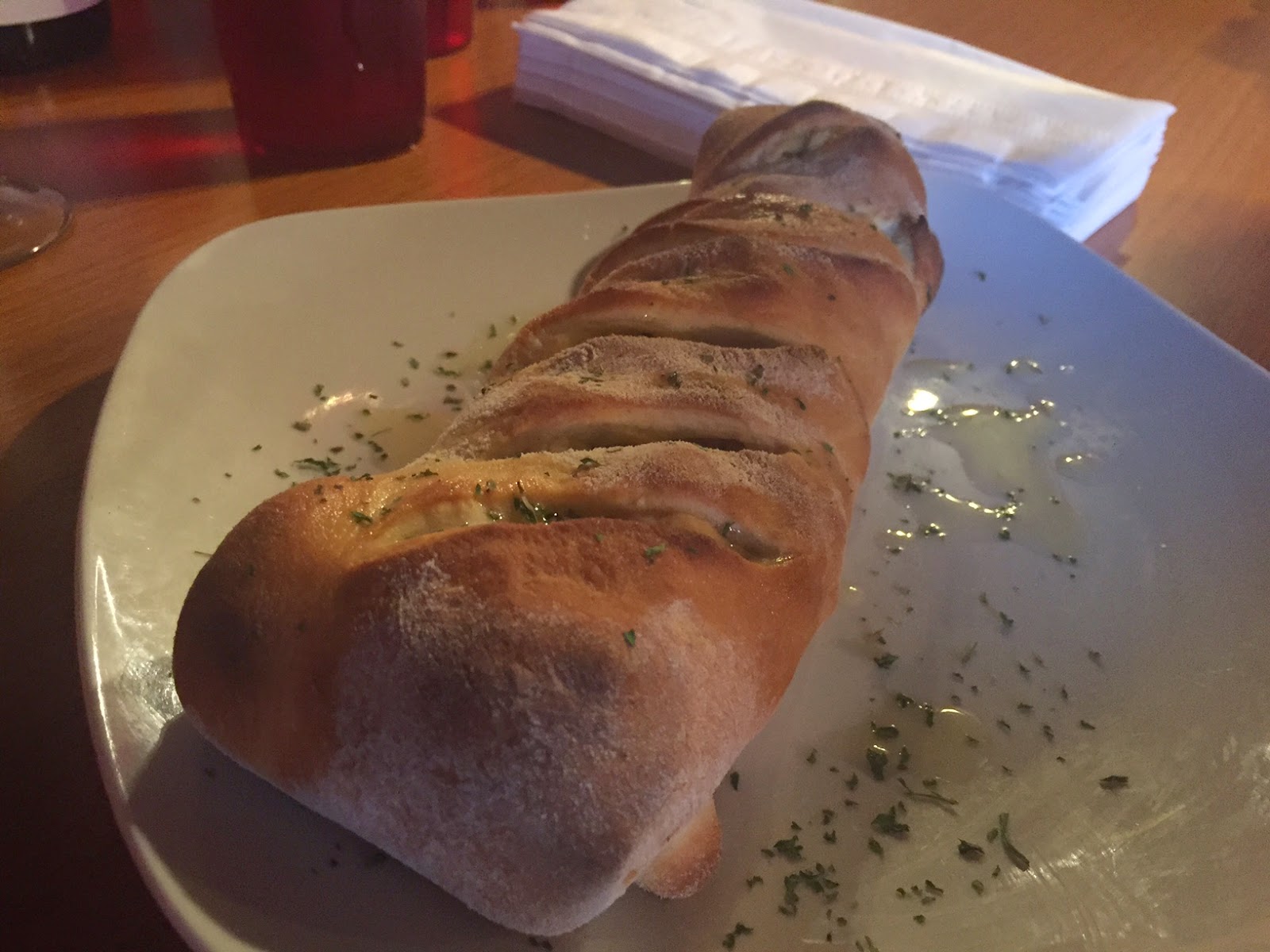 Today was Dining Out for Life, a fund-raiser for Friends for Life (the HIV/AIDS nonprofit that I serve on the board of directors for). On Dining Out day, restaurants all over Memphis agree to donate a portion of their sales from that day to Friends for Life. Imagine Vegan Cafe donated 50% of their proceeds, so I ate there for lunch and dinner today!

At lunch, I went with my co-worker Susan. I ordered this Buffalo Chicken Sandwich (with ranch dipping sauce!) and Garlic Kale. 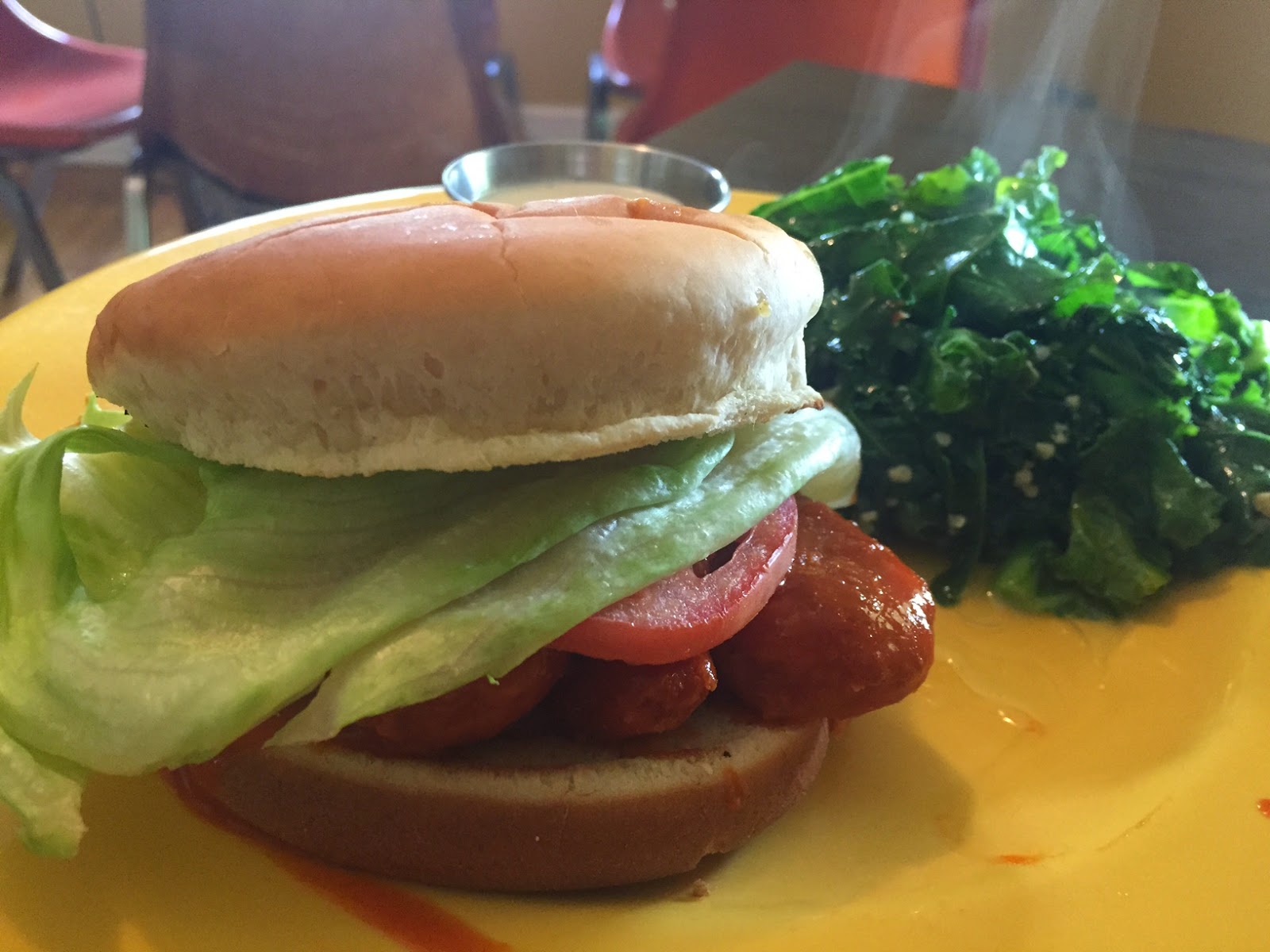 I'd fully intended to order something healthy for dinner there. But Stephanie (Imagine's baker and my friend) delivered desserts tonight, and she brought my very favorite cake flavor — Orange Creamsicle!! So I had to. Just had to. 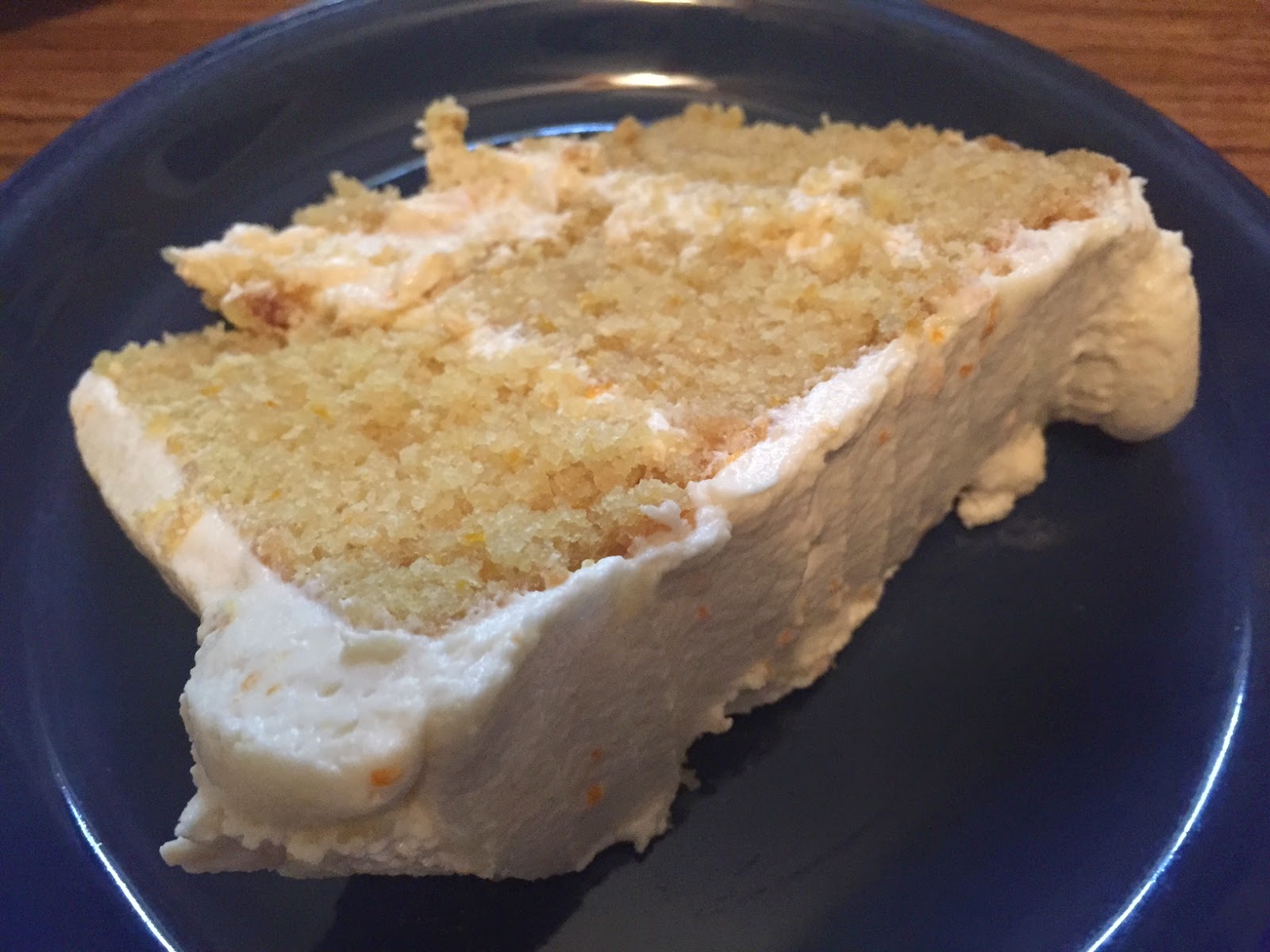 But a girl cannot fill up on cake alone. I ordered a cup of Imagine's Vegetable Soup for balance. 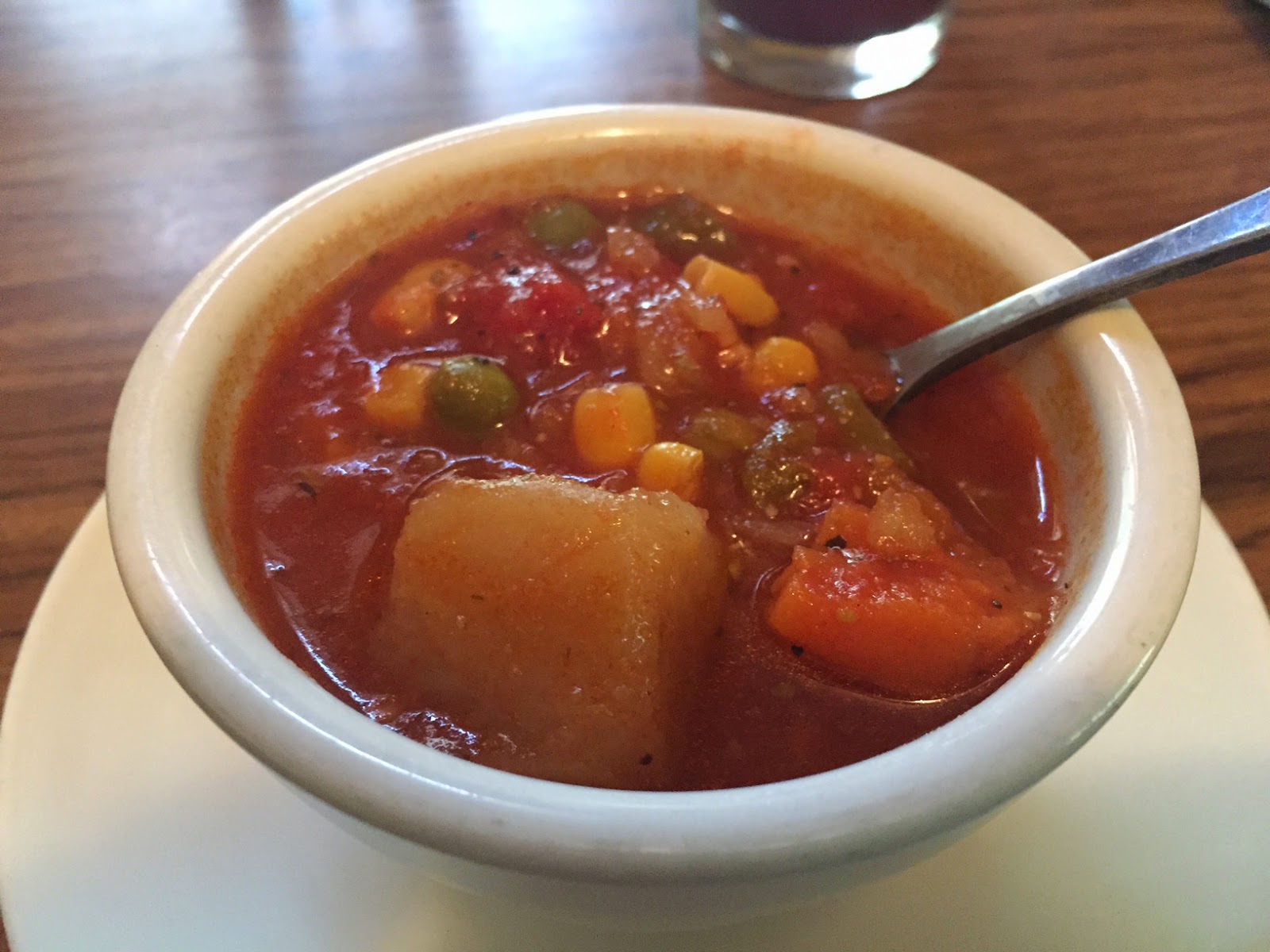 Well that's it for now! I may or may not blog on Sunday night since I'll be getting in late from a music festival. But if I don't see ya then, I'll see ya soon.
Posted by Bianca at 11:01 PM

Everything looks so great, but those tacos, OH MY! I need those in my life.

Love these posts! They get me droolin'! :P

THAT STROMBOLI. Geez, that looks amazing! All of it does - the cake, the tacos, yum!!!

Aren't you forgetting a crucial part of your tomato-based dinner at Imagine??? :P

oooh what a fun post. That stromboli looks and sounds totally amazeballs. Droooool. I've been wanting so much to try that cream cheese. We have two little tiny Whole Foods stores here in Santa Cruz area, but neither carry it. Last week I put in a request and I'm really hoping it shows up soon! Oh my gosh!!! Your "prove you're not a robot" thingee just made me click on pictures of steaks! Not Vegan, recaptcha!!!

Oh yea, I've heard great stuff about that Kite Hill cheese.
Those tacos sound incredible! And photogenic. Sometimes it's hard to make a taco look as good as it tastes.
The stromboli sounds great too, and huge!

I'm also impressed by the stromboli, but everything else sounds fabulous.