So as you probably know, I'm currently working on developing recipes for my next cookbook, a collection of veganized trendy foods of the last century. And right now, I'm deep into the 1900-1910 decade. After studying a number of old menus from that time, I noticed many listed Hamburg Steak as an entree option. Not hamburger steak. Just hamburg.

So I googled, and I learned that the hamburgers of the early 1900s were nothing like our hamburgers of today. They were eaten without a bun. There was no mustard, pickle, lettuce, and tomato. And often the hamburger meat was served raw. Raw beef! Aside from that just being gross, I'm certain that's just asking for intestinal disease.

But lucky for vegans, raw burgers are kind of a thing. So I whipped up a Raw Walnut-Hemp-Mushroom Hamburg Steak and prepared them in my dehydrator. 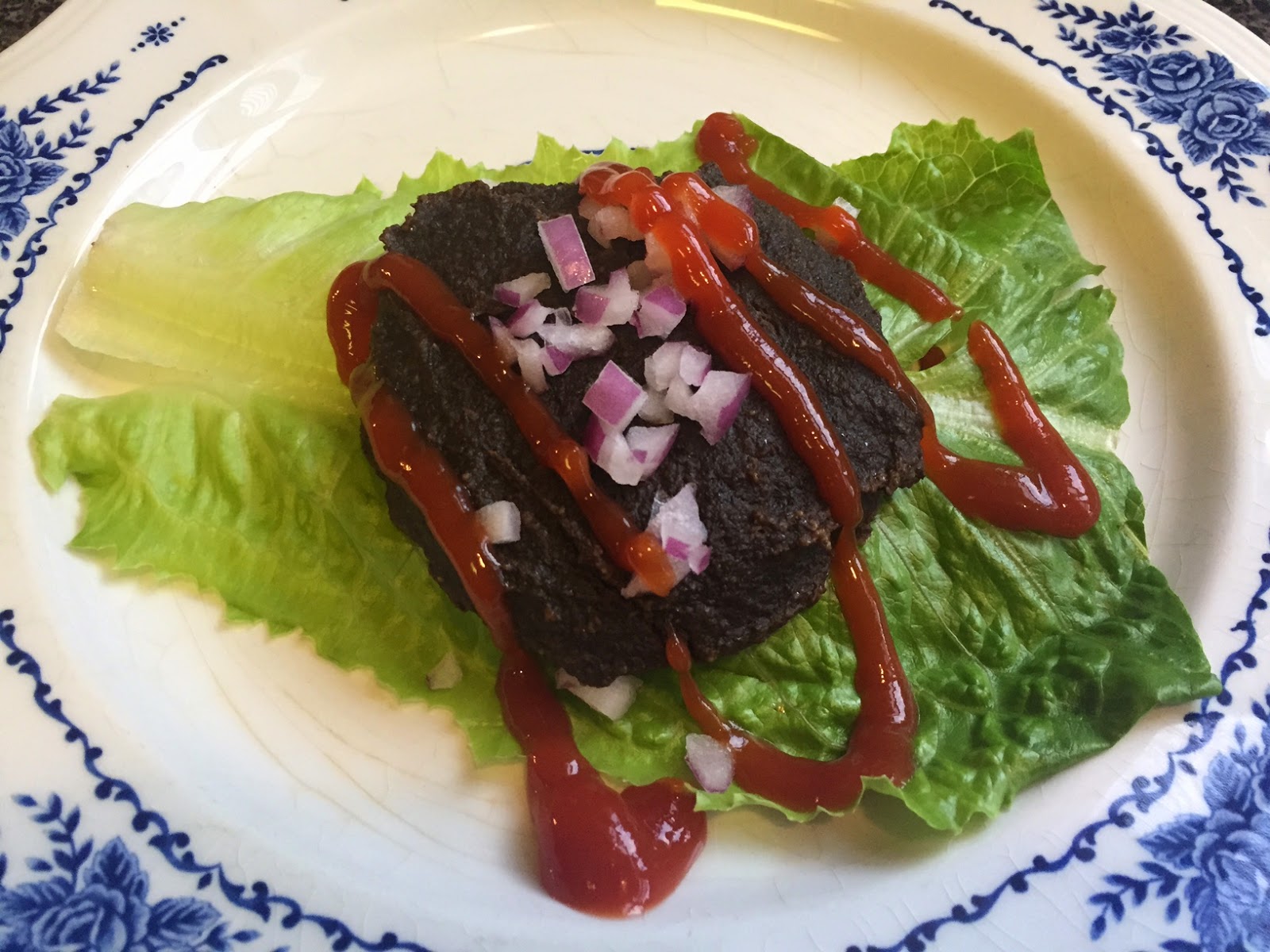 Most of the mentions of hamburg steak cite raw onions as a topping. So I added those, but the burger seemed so bare without at least a lettuce leaf and some ketchup. Tradition be damned. These were really good. This was my first time creating my own raw burger from scratch although I've tried plenty of other recipes. Besides the aforementioned walnuts, hemp seeds, and mushrooms, these also contained flax, miso, soy sauce, and some spices.

Since my cookbook won't be a raw cookbook, I don't expect everyone to have a dehydrator. So I'm working on baking instructions for these too. But I haven't gotten that figured out just yet.

On the side, I had another menu item that pops up frequently in old menus from 1900-1910 — Potatoes Au Gratin. 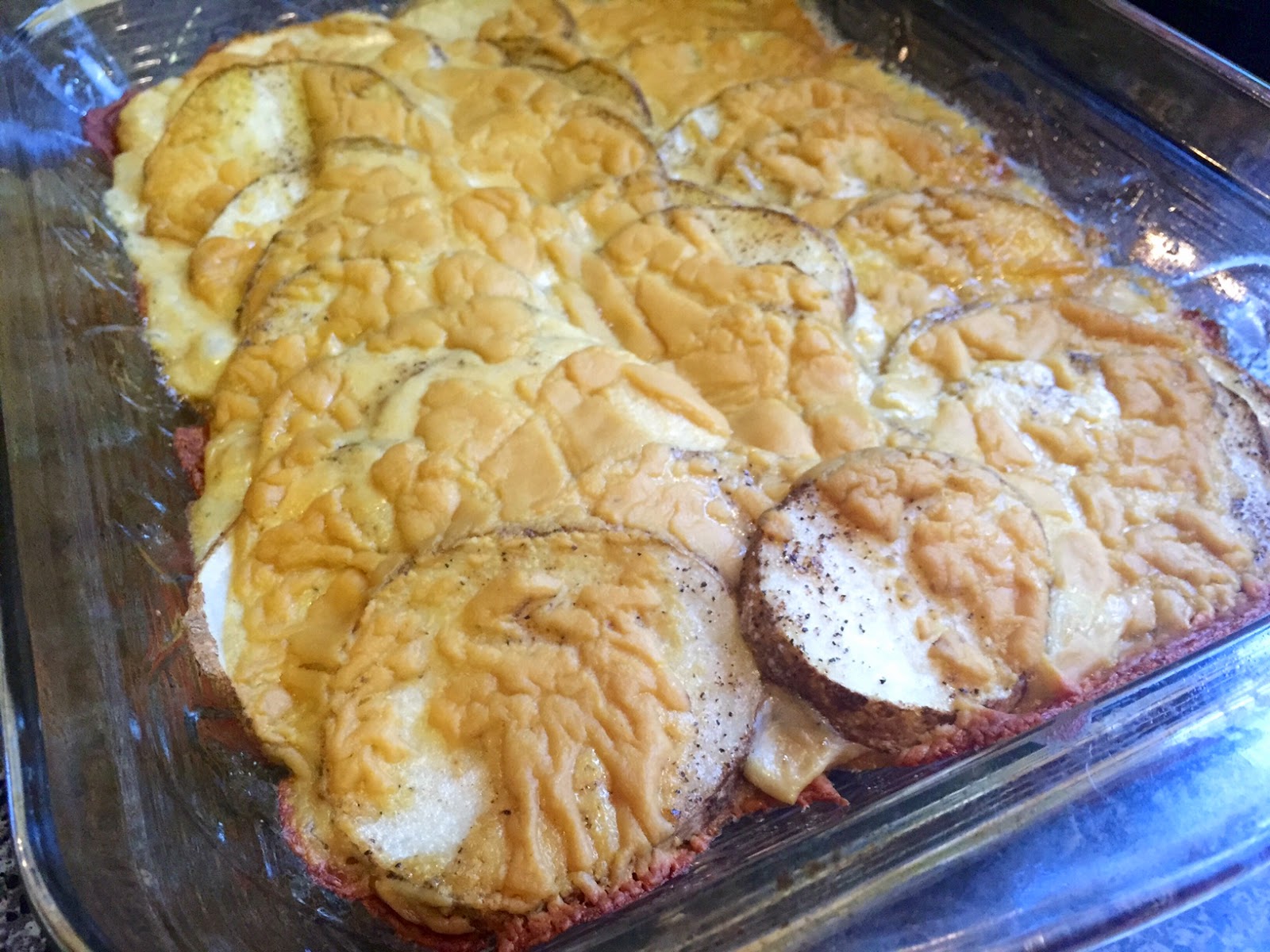 It doesn't look super-sexy, but that's okay because it tastes fantastic. It's just scalloped potatoes topped with my homemade nooch sauce (from Cookin' Crunk but you can find the recipe here on a guest post on the Blissful Chef) and baked in the oven. No fancy vegan cheese. Just good old fashioned hippie nooch. There's something so comforting about nooch sauce.
Posted by Bianca at 10:31 PM

I'm so excited about you writing a second cookbook! Love the theme. :)

First: Raw beef? Bleech! Even if I wasn't vegetarian, I know too much about parasitology to be comfortable with that! A vegan version sounds way better. Vegan Potatoes Au Gratin... might have to give that a try.

Keep up the good work. Love your blog and check it daily.

So excited about the new cookbook! And, those potatoes look and sound delicious. :)

I would have been so happy just living off legumes if I was around during that time. Hahaha
You always make dishes look (and I'm sure, taste) better.