Omg, I am so sorry for the long pause in blogging. I intended to return from Seattle Monday night and get right back to blogging on Tuesday. But Mother Nature had other plans. Snow in Chicago meant my connecting flight to Memphis was cancelled on Monday, and I was stuck for a full 24 hours in Chicago. But it turned out okay. More on that in a later post. I have tons of pics from my Seattle trip and VegFest, so we'll start with day one.

I arrived in Seattle, along with Rhiannon (from the Book Publishing Company) and Phorest (her partner, along for the ride), around noon last Friday. Bob, the big boss at BPC, picked us up at the airport. As per tradition on day one of BPC's Seattle trips, we lunched at Bamboo Garden. I ordered Lunch Combo E — General Tso's "Chicken," "Chicken" Fried Rice, "Chicken" Chow Mein, and a Spring Roll. 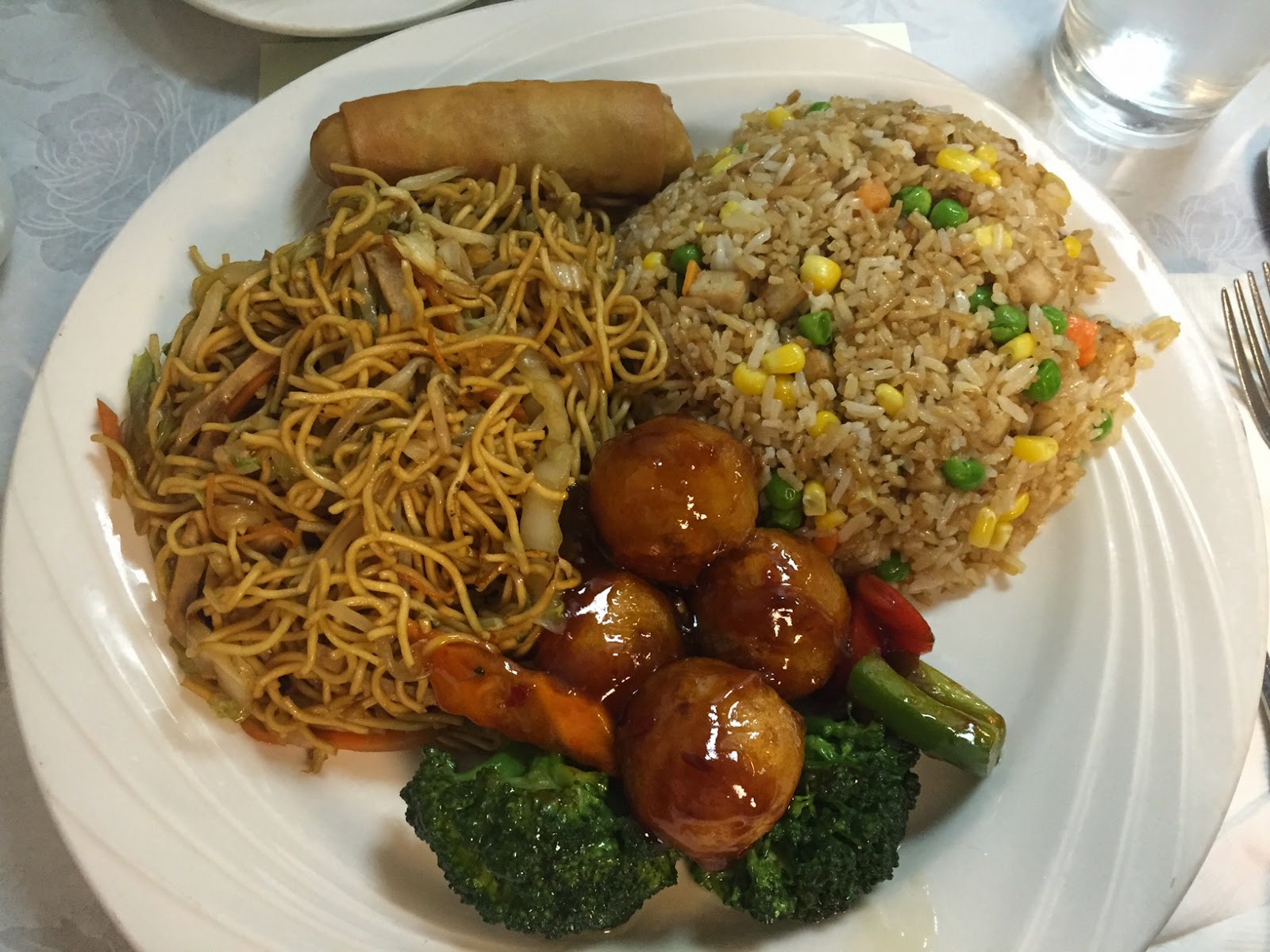 LOVE THIS PLACE! Their mock meats are top notch. I would seriously be in trouble if this place was in Memphis. Oh, and there was also a Corn Chowder served before the big combo meal. It was okay. But the General Tso's Chicken was OFF THE HOOK. Just what I needed after a 5 1/2 hour flight! 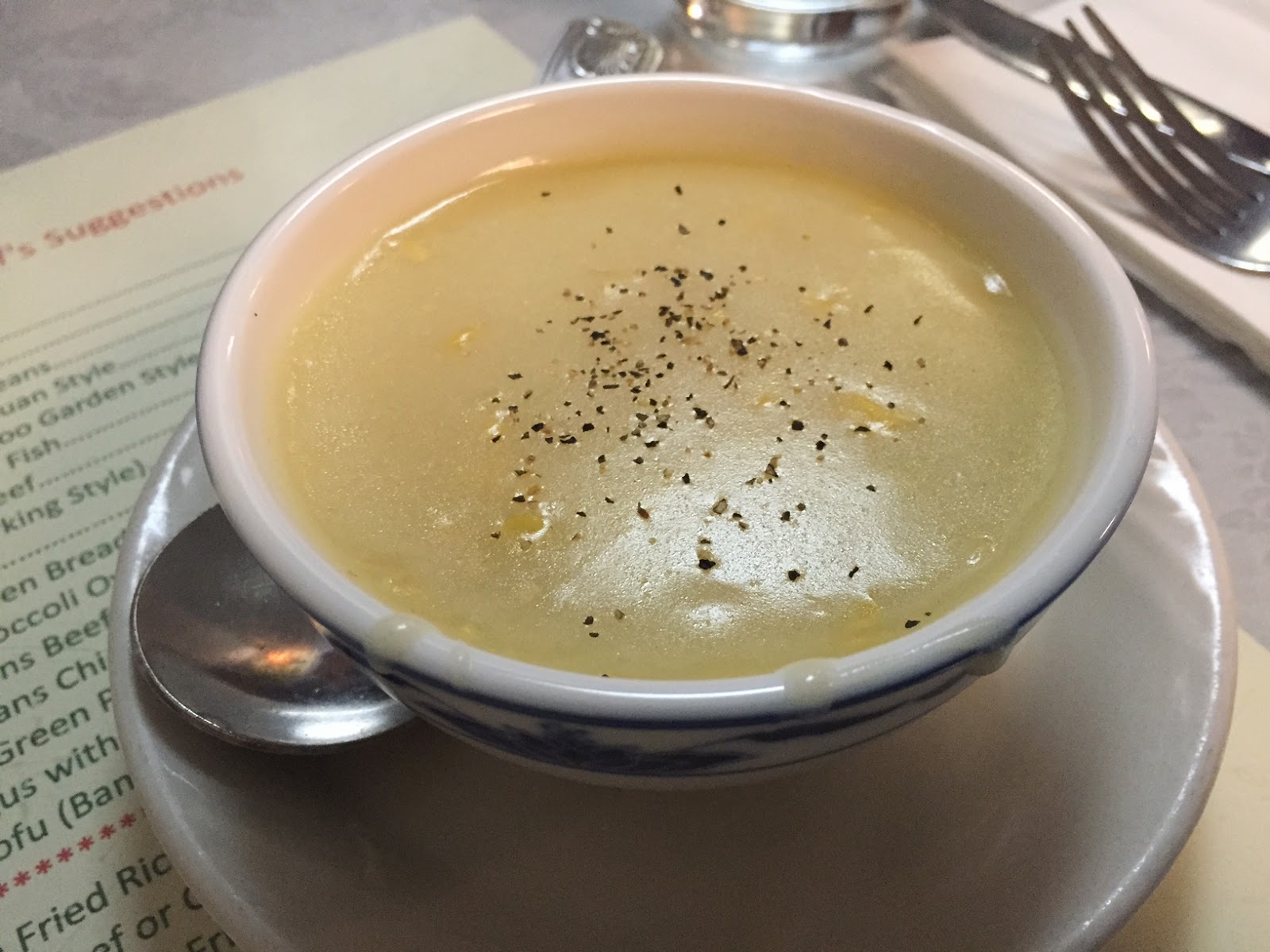 After lunch, we headed to the Seattle Exhibition Hall to set up the BPC's table for VegFest, which started on Saturday. Okay, well they worked. I lingered around, pretty much doing nothing. And that made me so tired! I woke up at 2:30 a.m. for my 5:50 flight that morning, so I was fading fast. So while they worked, I set out for coffee. There's a little coffeehouse just a block from VegFest called Caffe Zingaro that I frequented lots on my last visit. I stopped in and bought this fantastic Toasted Marshmallow Soy Latte. Don't worry — no real marshmallows, just a flavored syrup. And look at that perfect latte art! 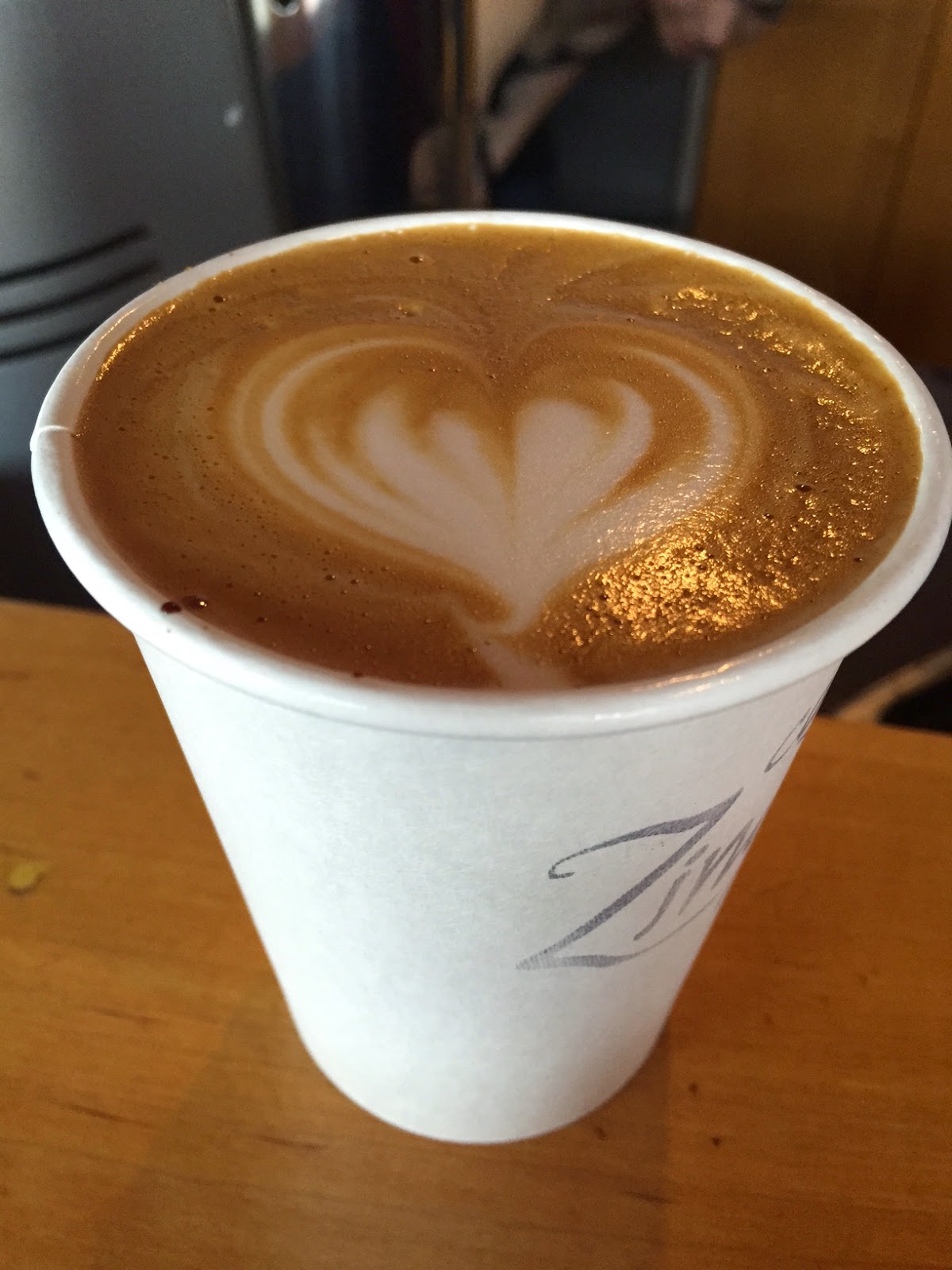 Bob invited me to Friday night's big catered VegFest kick-off dinner hosted by the Vegetarians of Washington, the group that puts on VegFest. But I just couldn't do it. I was so tired and so mentally exhausted from taking in everyone's energy on the plane. I needed to recharge.

But I did join Bob, Rhiannon, Phorest, and Bob's sister Jane for beers after set-up. We met up at brewpub McMenaminn's for pints of their made-in-house beer. I had the Paeter's Porter. Friday may have been the first day of spring, but that doesn't mean I'll give up my dark beer! 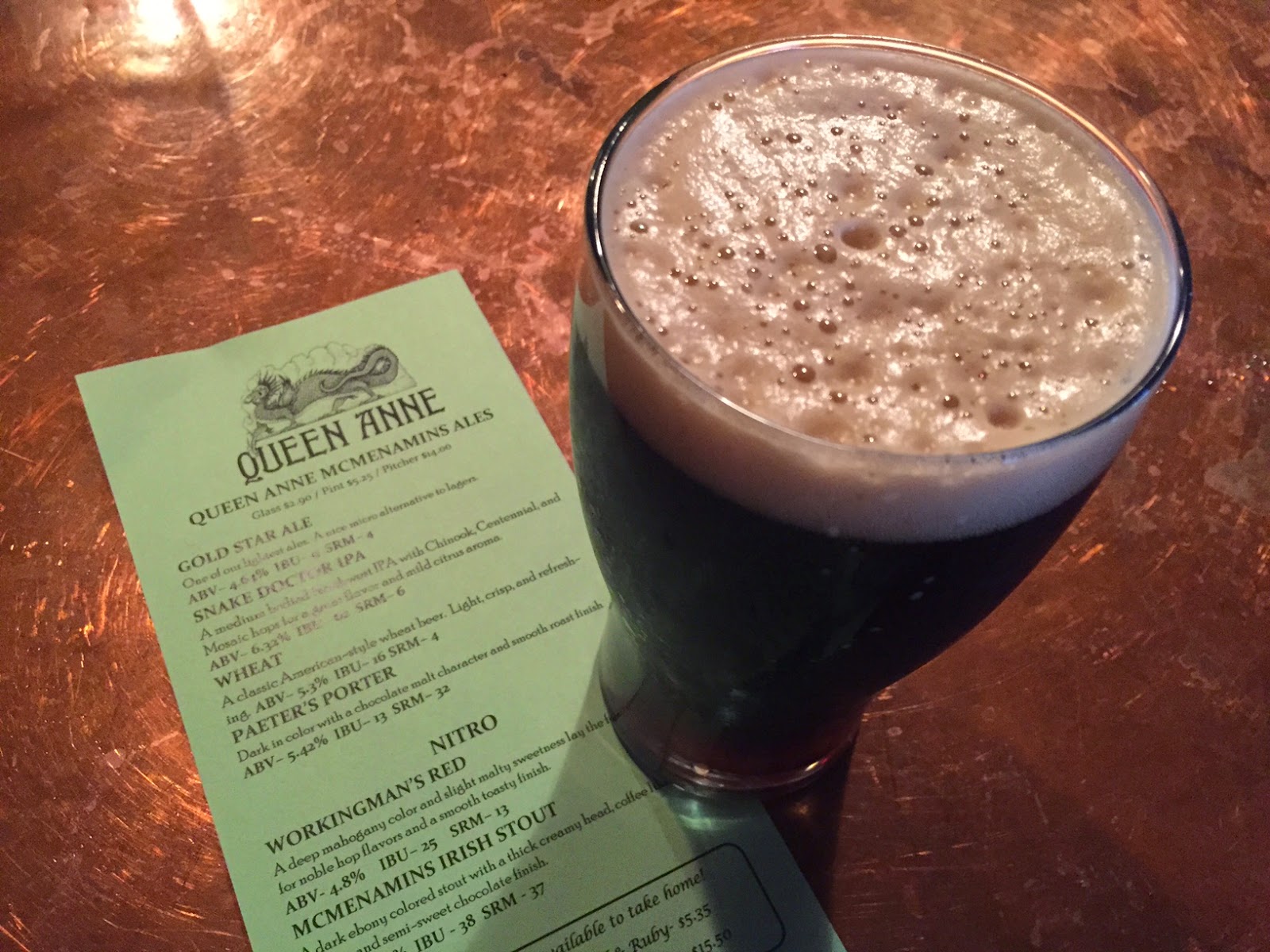 After beer time, I retreated to my room to recharge while everyone else headed to the catered dinner. Even though I'm not shy, I am quite the introvert. And being on planes and around people all day zaps my energy — big-time. I just needed a little me time, you know? But I was still hungry. So I googled to find out where the nearest Veggie Grill was! And there was one just a short walk from the hotel! Horray! 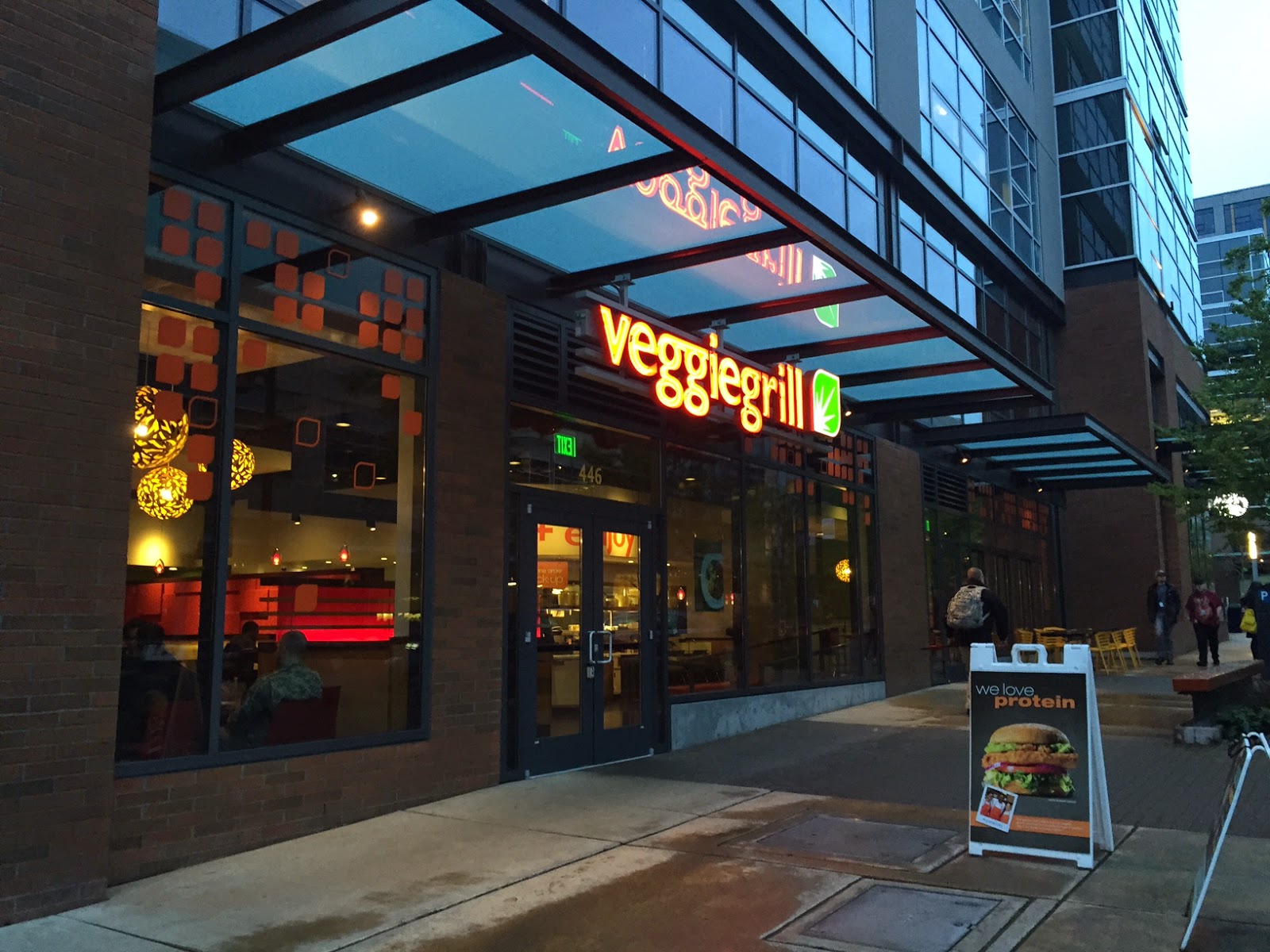 Man, when I saw those orange lights, my soul lit up! I haven't had Veggie Grill since Portland in 2013. It was so hard to make a decision on what to order. But I narrowed it down by ruling out any dish that was similar to what I can order at Imagine in Memphis. And since both restaurants use Gardein products, they do have very similar menus. That helped. I ended settling on the Harvest Bowl — Field Roast sausage, roasted veggies, quinoa, kale, and miso gravy, Yea, they pretty much had me at miso gravy. 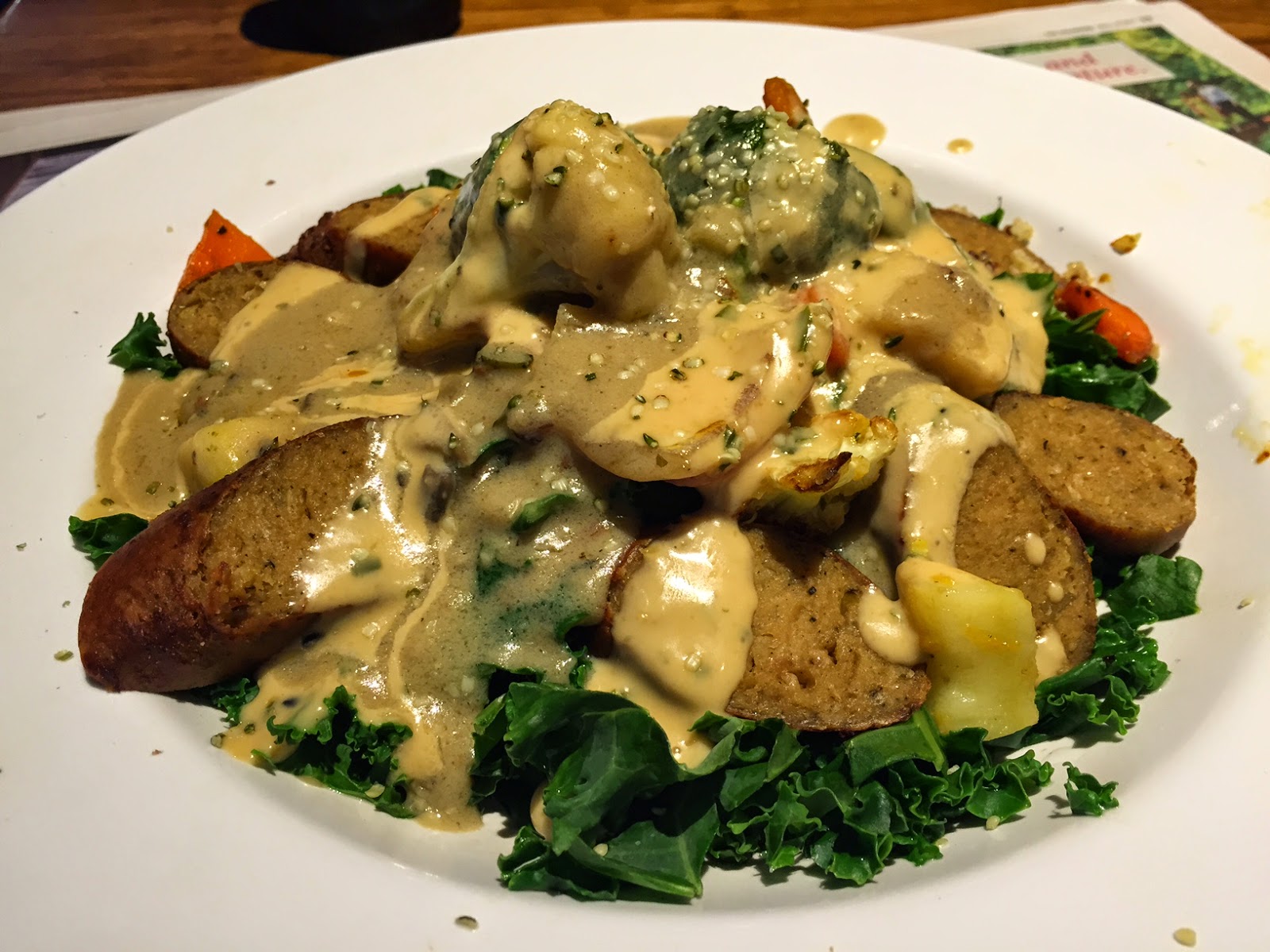 Of course, I needed a beer to wash this down. I have a rule about sticking with local beers when I'm traveling. The cashier suggested this Scotch Style Pike Kilt Lifter Ruby Ale from the Seattle-based Pike Brewing Company. It was a nice light, slightly smoky brew that complemented my Harvest Bowl perfectly. 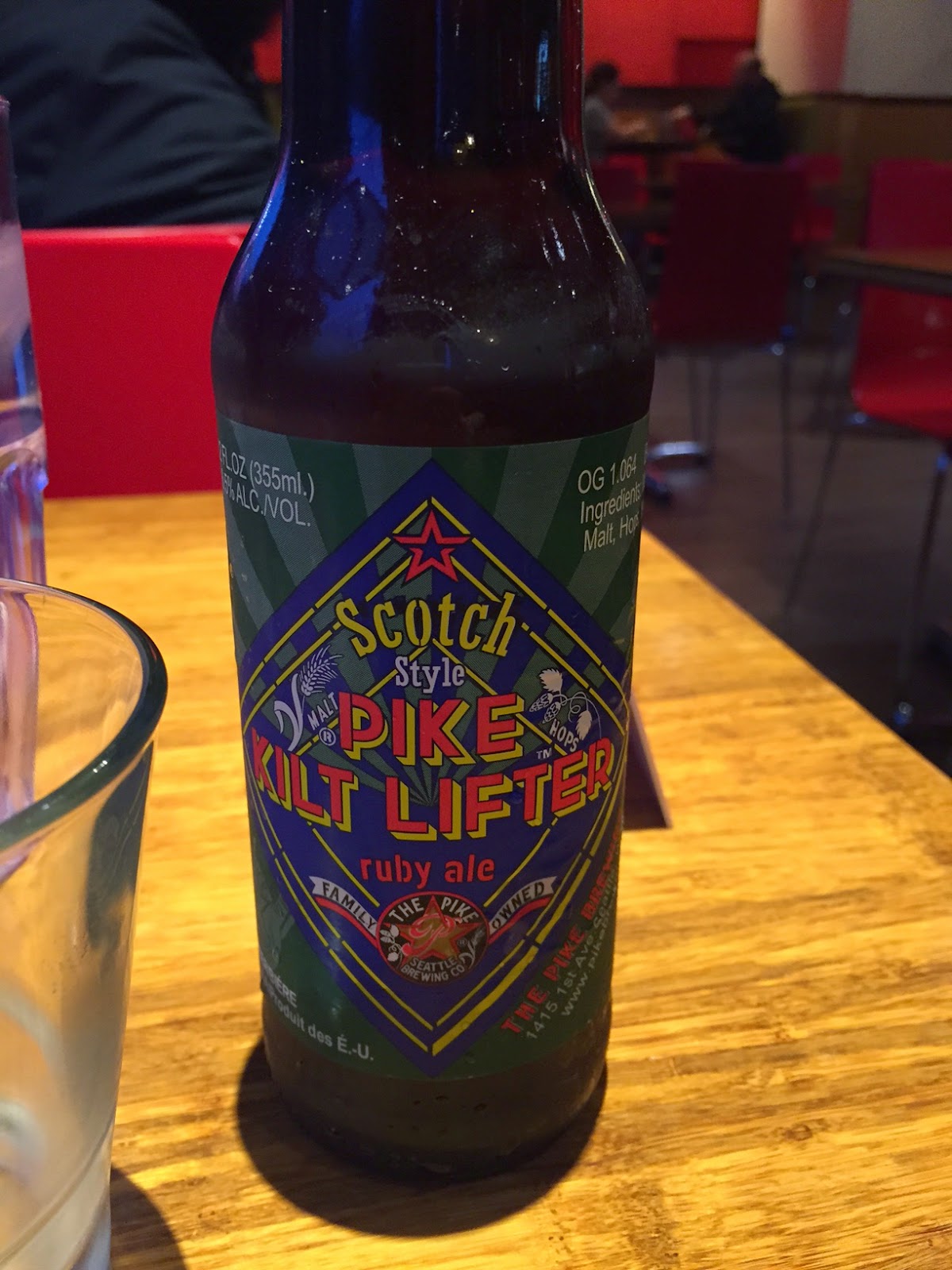 After dinner, I walked back to the hotel in the shadow of the iconic Space Needle. 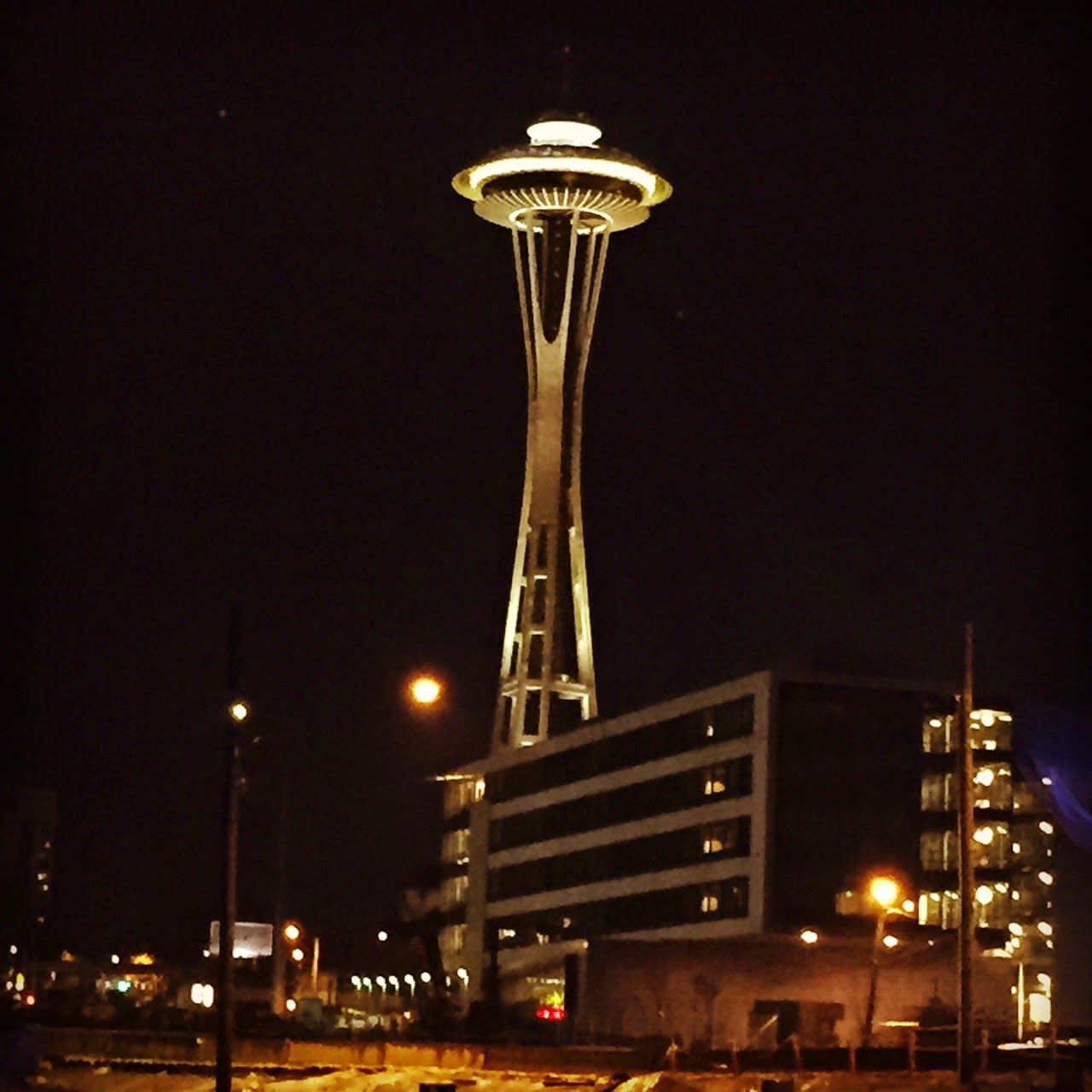 I wanted to turn in early since I had a full day planned for VegFest on Saturday. But before I passed out, I watched a little Forensic Files marathon on HLN (my favorite show ever!). It's so exciting to have cable when I'm in a hotel. I don't have cable at home really (just the basics), nor do I have time to watch TV in real life. But when I'm traveling, CABLE! Anyway, I enjoyed my "murder shows," as I like to call them, while sipping on this fantastic Peanut Butter Cup Porter by Tacoma-based Wingman Brewers. 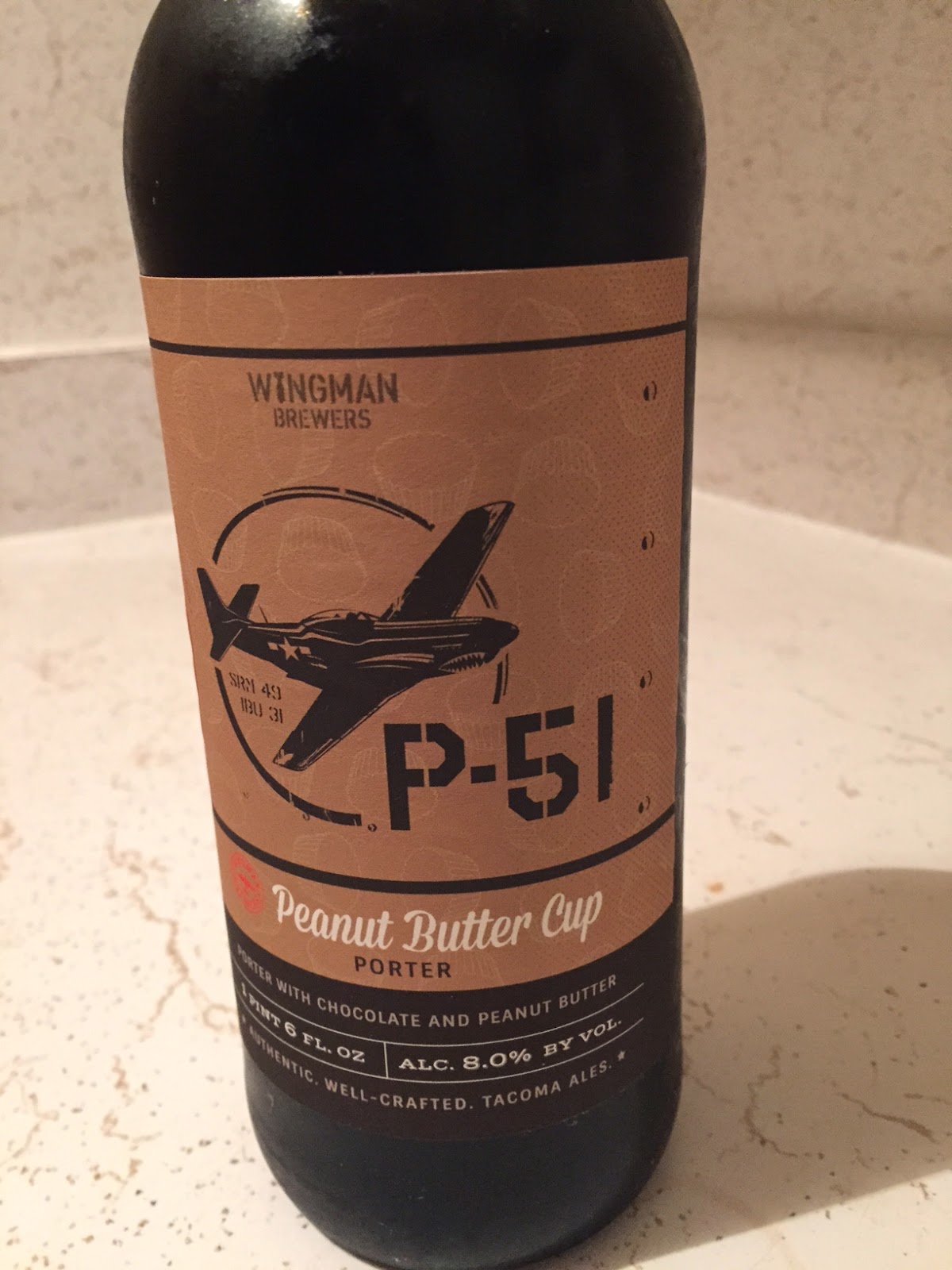 DUDE. Best beer ever. I bought another pint to take home with me. I wish I could find this back home because I'm gonna want more.

Anyway, that's all for tonight. I'll be back to daily blogging on Sunday, and I'll post pics from VegFest and fill y'all in on my harrowing trip home.
Posted by Bianca at 9:58 PM

Oh Veggie Grill! I miss it so much and that looks like a great choice. I also love the sound of a marshmallow latte, yum!

fun! MANY years ago, I lived in seattle -- and actually I worked at the Seattle Center right next to the Space Needle... The veggie scene has evolved so much since I lived there. I love reading people's posts from Seattle. I haven't been back in such a long time.

The Harvest Bowl at Veggie Grill is soooo good. Last time I stayed in Seattle I could see the downtown VG from my hotel room! I'll be in Seattle again in just over two months and VG is going to be my first stop off the plane while waiting for the friend I am staying with to finish work.

I am also looking forward to a Bamboo Garden lunch. This was the first place I ever ate in Seattle on my very first visit. It is so good.

Can't wait to see the rest of your posts.

Glad to have you back. When I lived in Seattle there was no veggie scene. Nice to see it has changed for the better.

Bamboo Garden is the bomb. They pretty much know me when I call in my pickup orders there!