How To Fuel for a Half-Marathon on a Vegan Diet

I ran the Little Rock Half-Marathon on Sunday, my second half-marathon! And I set a PR. I beat my first half-marathon time by a whopping 25 seconds! And that was with me walk/running the last five miles because I was having some runner's knee issues. My pace for the first seven miles was actually much faster than in my first half-marathon in December, but my average pace slowed toward the end as I hobbled my way to the finish. Also, it was cold and wet and pretty miserable outside. 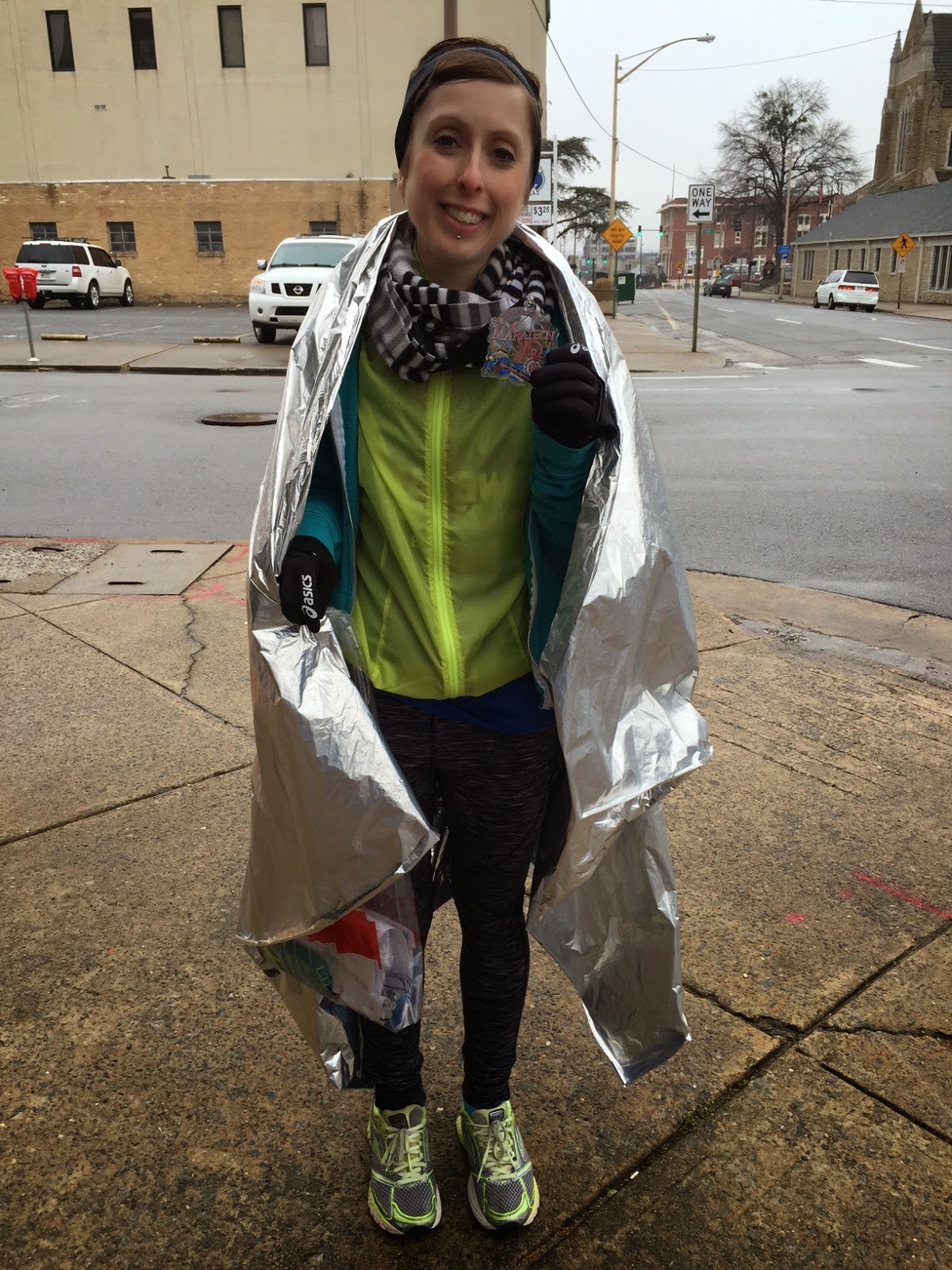 But enough about the race details. I want to share with y'all how I fueled for my race. I've read up on the whole carb-loading thing, and it seems to be a bit over-rated. Nothing against pasta, but I wanted sustained energy to fuel me for the whole 13.1 miles. Toward the end of my last race, I started feeling pretty weak, and I hadn't packed enough gels. This time, I wanted to be better prepared.

So I googled "what to eat the day before a half-marathon," and I found lots of info, but most of it was for omnivores. And then I came across this blog post on the Vega website. It's basically a vegan runner's pre-race food journal, so I attempted to follow it as best I could.

On Saturday morning, I had a slice of Sprouted Grain Toast with Coconut Oil and a Chocolate Banana Protein Smoothie made with Vega One chocolate protein powder. The coconut oil on the toast provides sustained energy from fat, and the bread is complex carbs. And there's all kinds of good stuff in that protein smoothie — greens, fiber, calcium, potassium. 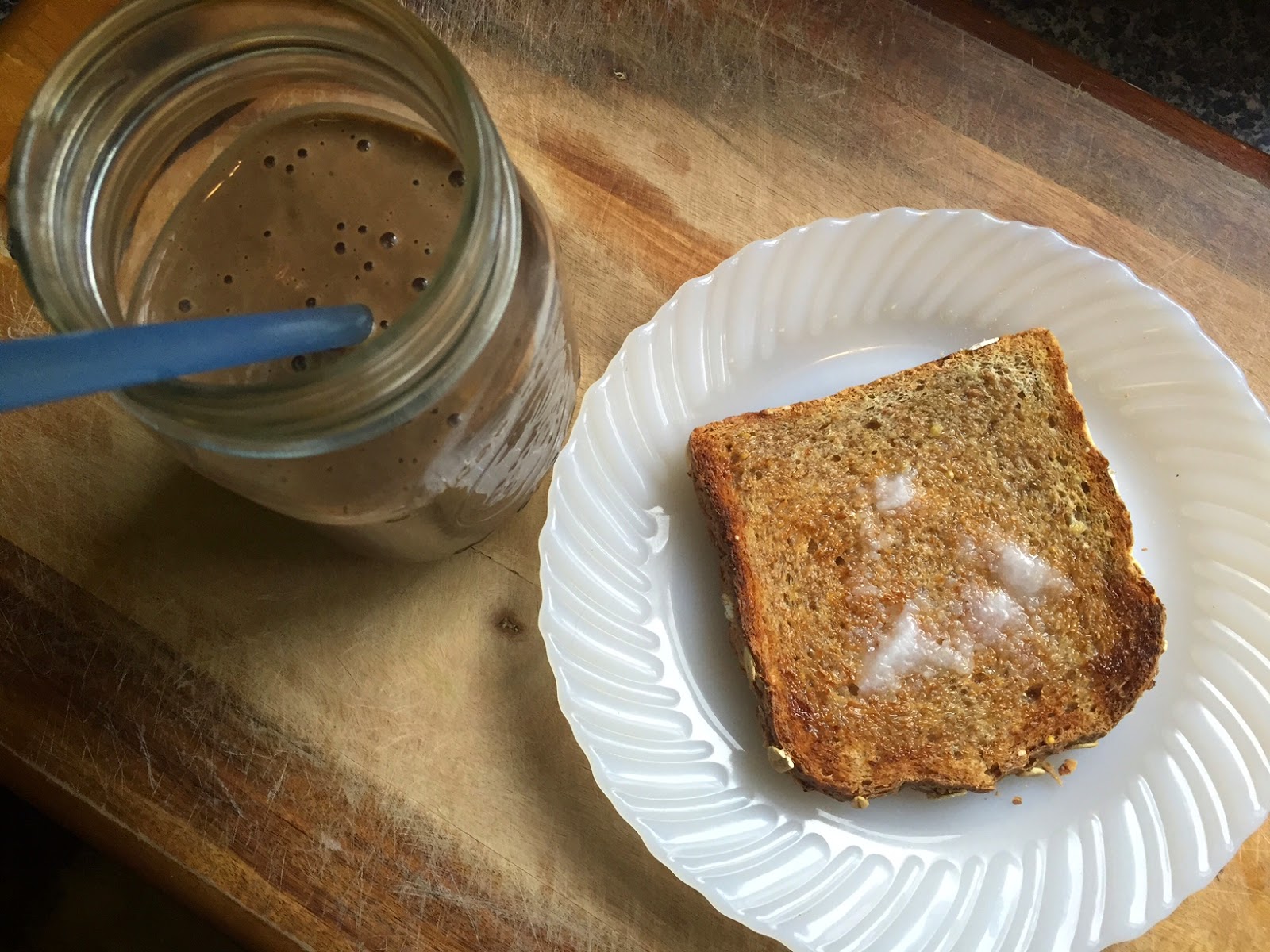 The race was in Little Rock, which is about 2 1/2 hours from Memphis. And I'd planned to spend Saturday night with my best friend Sheridan, who lives in Little Rock, and then get up and race on Sunday. So before I hit the road, I prepared a little car snack. 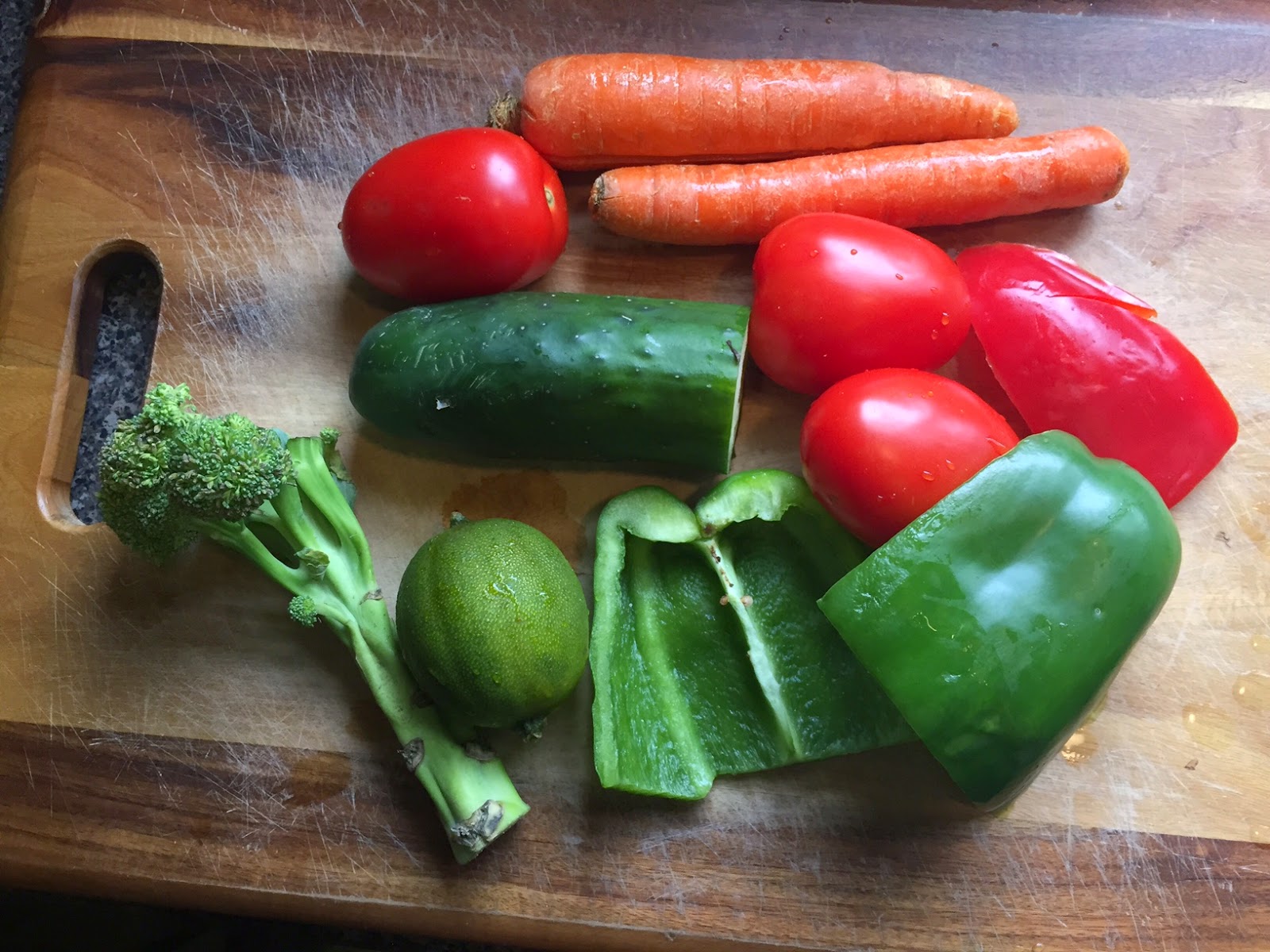 I used all those veggies (plus a teaspoon of spirulina) to make this Fresh Vegetable Juice. It's important to stay hydrated the day before a big race, and fresh juice provides hydration plus vitamins and minerals. I drank this in the car around 11 a.m. 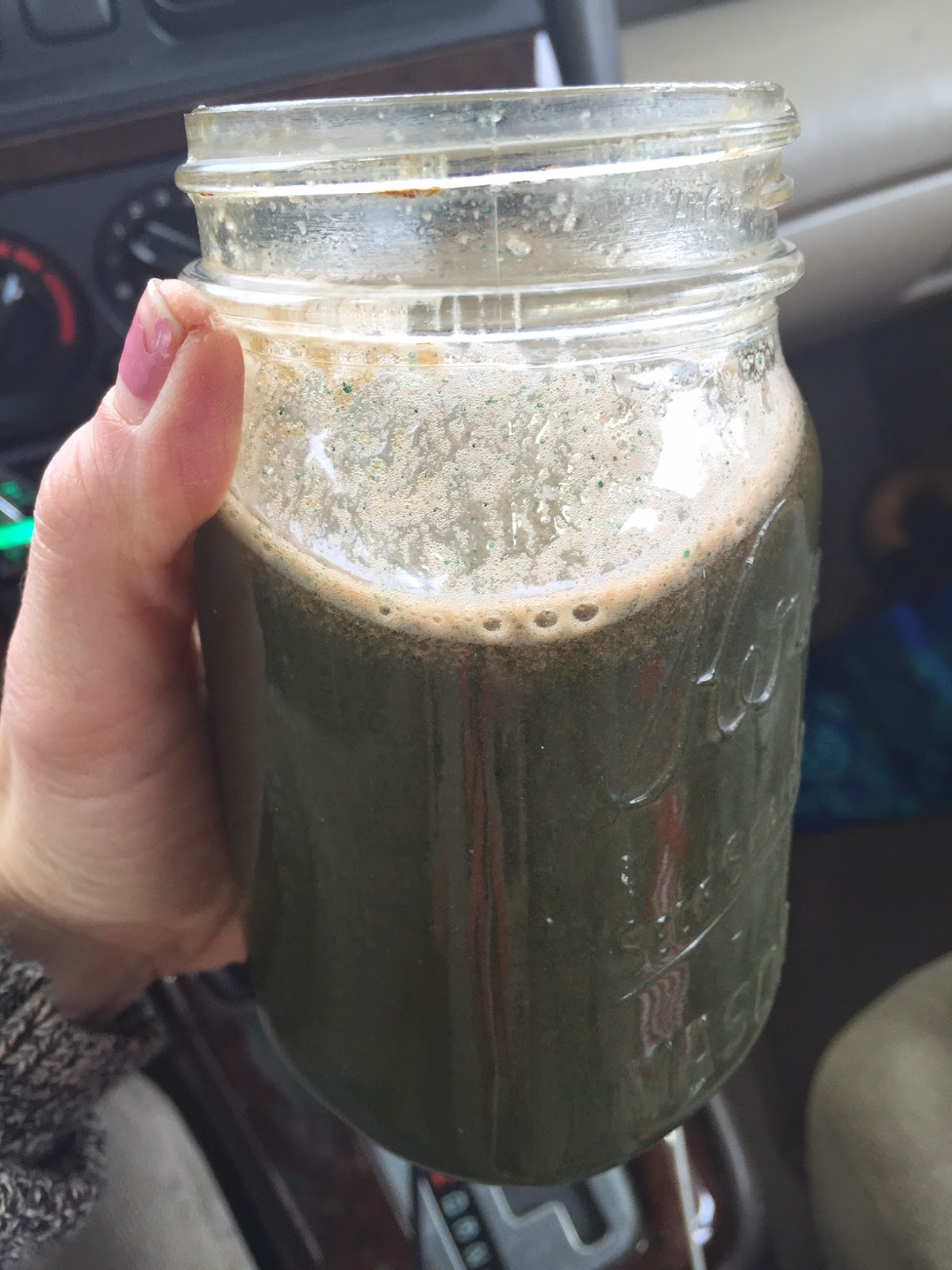 When I got to Little Rock, it was just in time for lunch. So I met Sheridan at her apartment, and then we headed to Little Rock's brand new Whole Foods. Look how cute it is with its shipping container storefront! 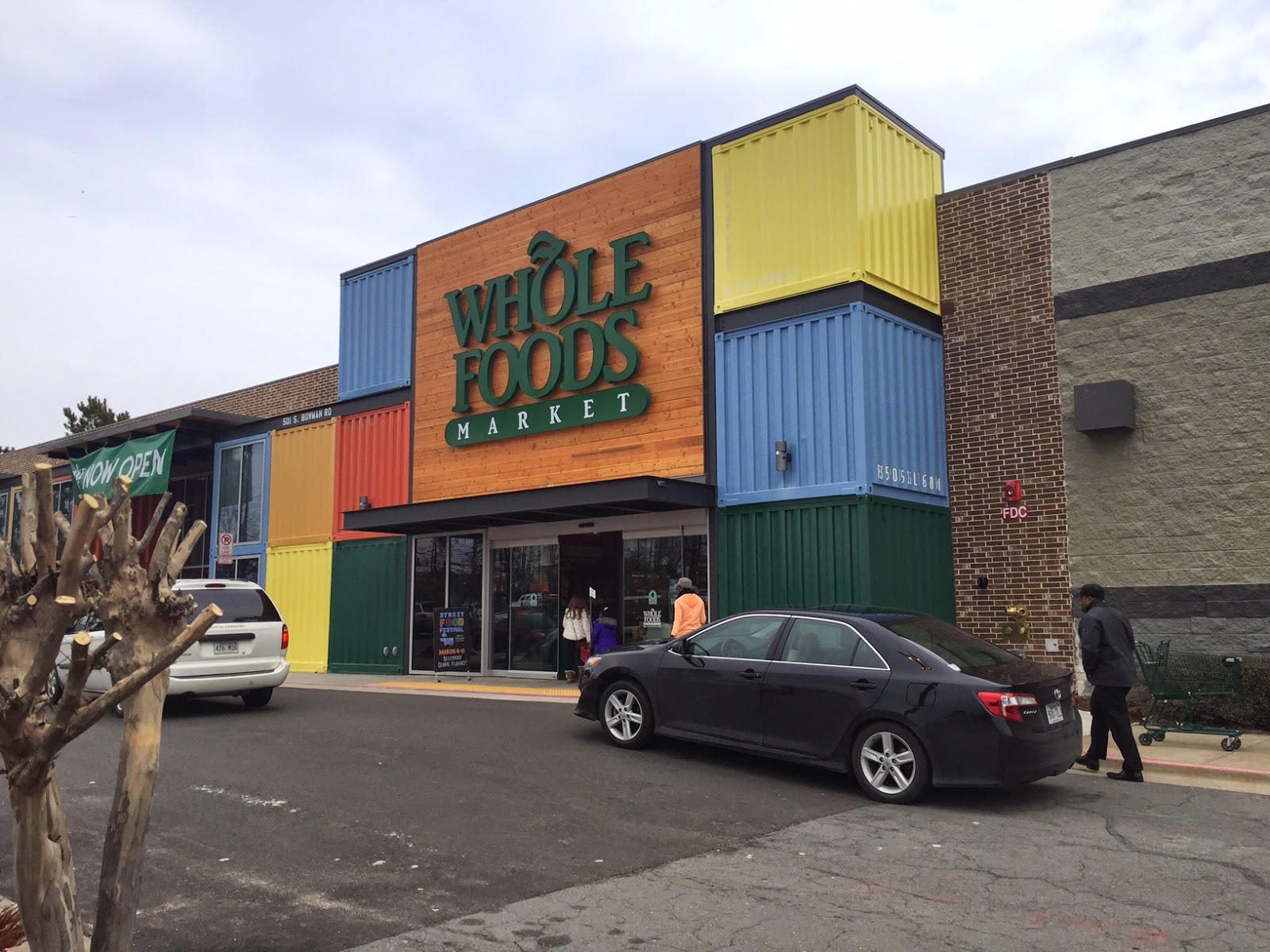 According to the Vega article, if you're going to carbo-load, it's better to do so at lunch time so your body has time to digest everything. The author suggests a salad plate with starchy veggies and grains. So we hit up the Salad Bar. My salad had balsamic tofu, spinach, cauliflower, carrots, beets, pecans, corn, red onion, bulgur, wheat berries, and sesame-garlic dressing. Oh, and I added a little raw cabbage pad thai on the side. And I washed it all down with a Tangerine & Sea Salt Kombucha — hydration plus probiotics. 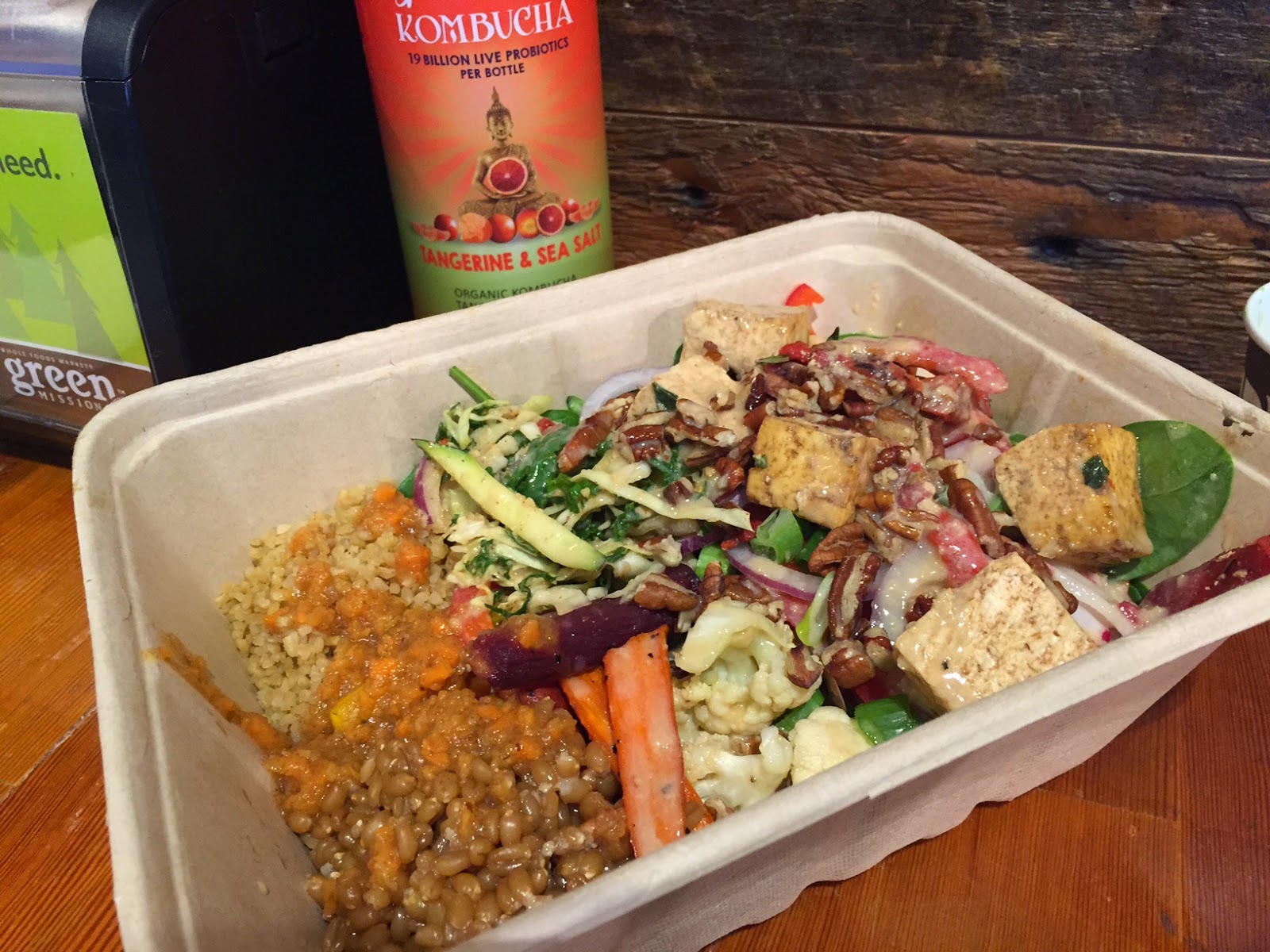 After lunch, Sheridan and I checked out the race expo. I picked up my bib, and we bought Little Rock Marathon wine glasses. There was a pirate theme this year, so we took a selfie in front of this pirate ship. 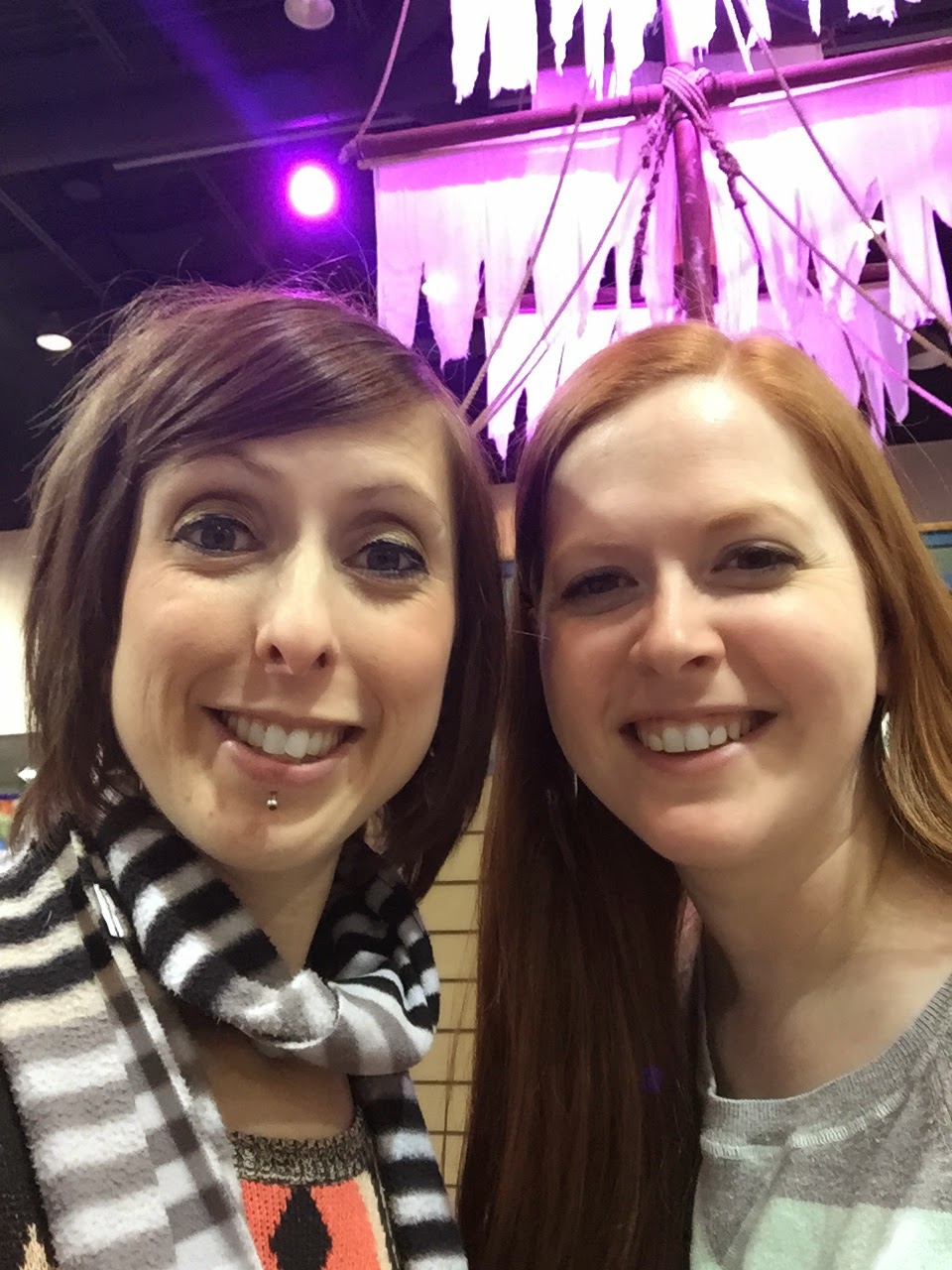 Earlier at Whole Foods, I'd picked up a Strawberry Soy Yogurt at Whole Foods to have as a snack. I ate that around 4ish, and I added Fresh Raspberries at Sheridan's house. 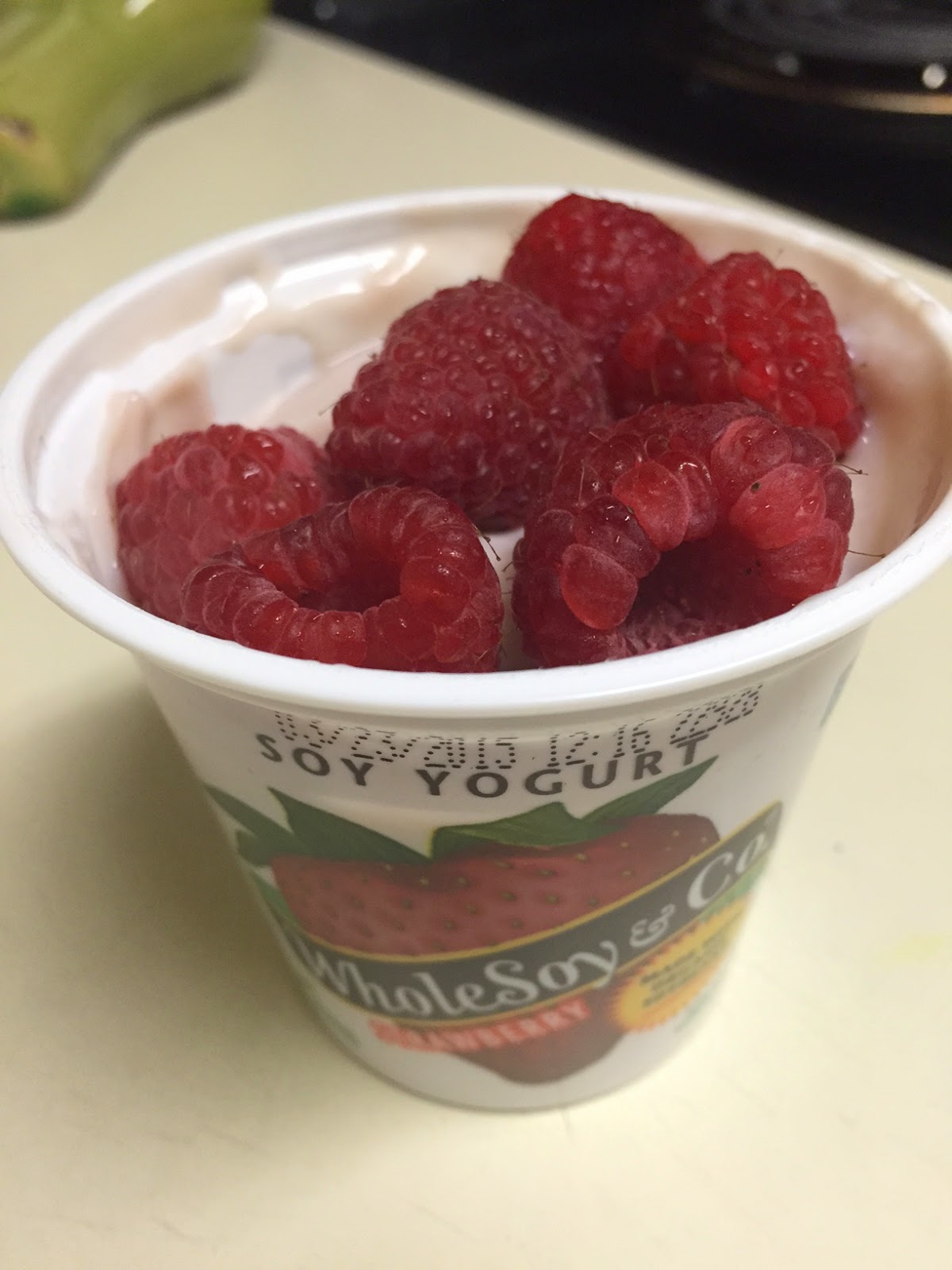 Typically, when I visit Sheridan, we go out with her man Drew and have beers and fun, fatty food. And we usually have midnight snack time too. But this time, I asked Sheridan if we could cook at her house to make sure we had something healthy. I wanted healthy carbs, protein, and veggies. So we made bowls! Except I ate mine on a plate because they're in the process of moving, and all the bowls were packed. Sheridan whipped up these delicious Wild Rice, Baked Tofu, & Romanesco Cauliflower Bowls with Tahini Sauce & Sriracha. Yum! 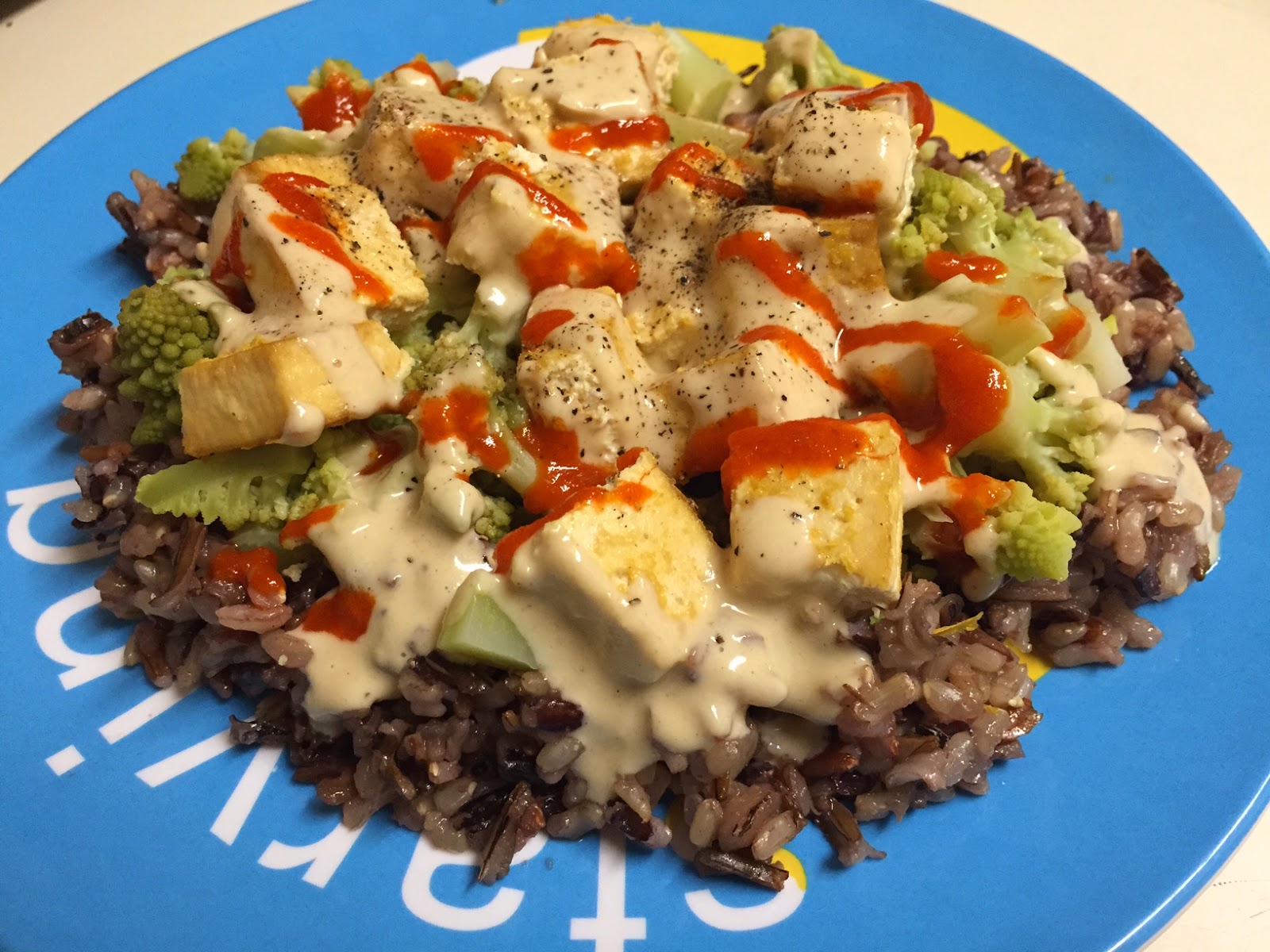 Now, the next thing may not be the healthiest option. But it's a pre-race tradition that I started before my last race. One beer after dinner. Just one. Too many will give you a hangover and dehydrate you before the big day, and that would suck. But one beer calms the pre-race jitters and helps you get to sleep. I sorta cheated and picked a high-gravity beer though with this 8% ABV Fort Collins Brewery Double Chocolate Stout. 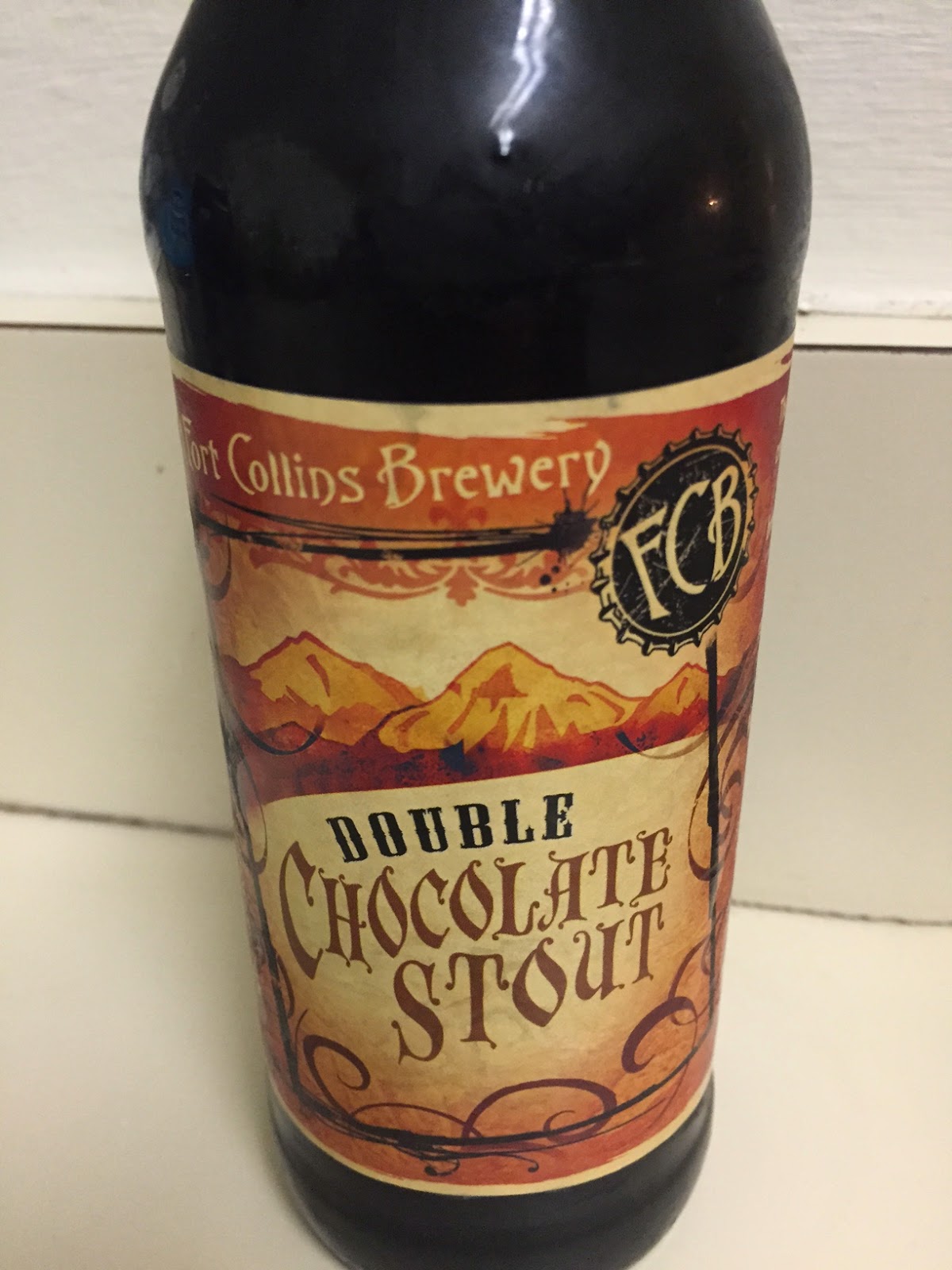 And then lights out. I caught about seven hours of sleep before my alarm went off at 6 a.m. I immediately had a glass of water mixed with Vega Electrolyte Hydrator. And then I had an Ozery Bakery Muesli Bun with Justin's Maple Almond Butter. I've been eating this same breakfast before my training runs, and it keeps me satisfied without upsetting my tummy while I'm running. 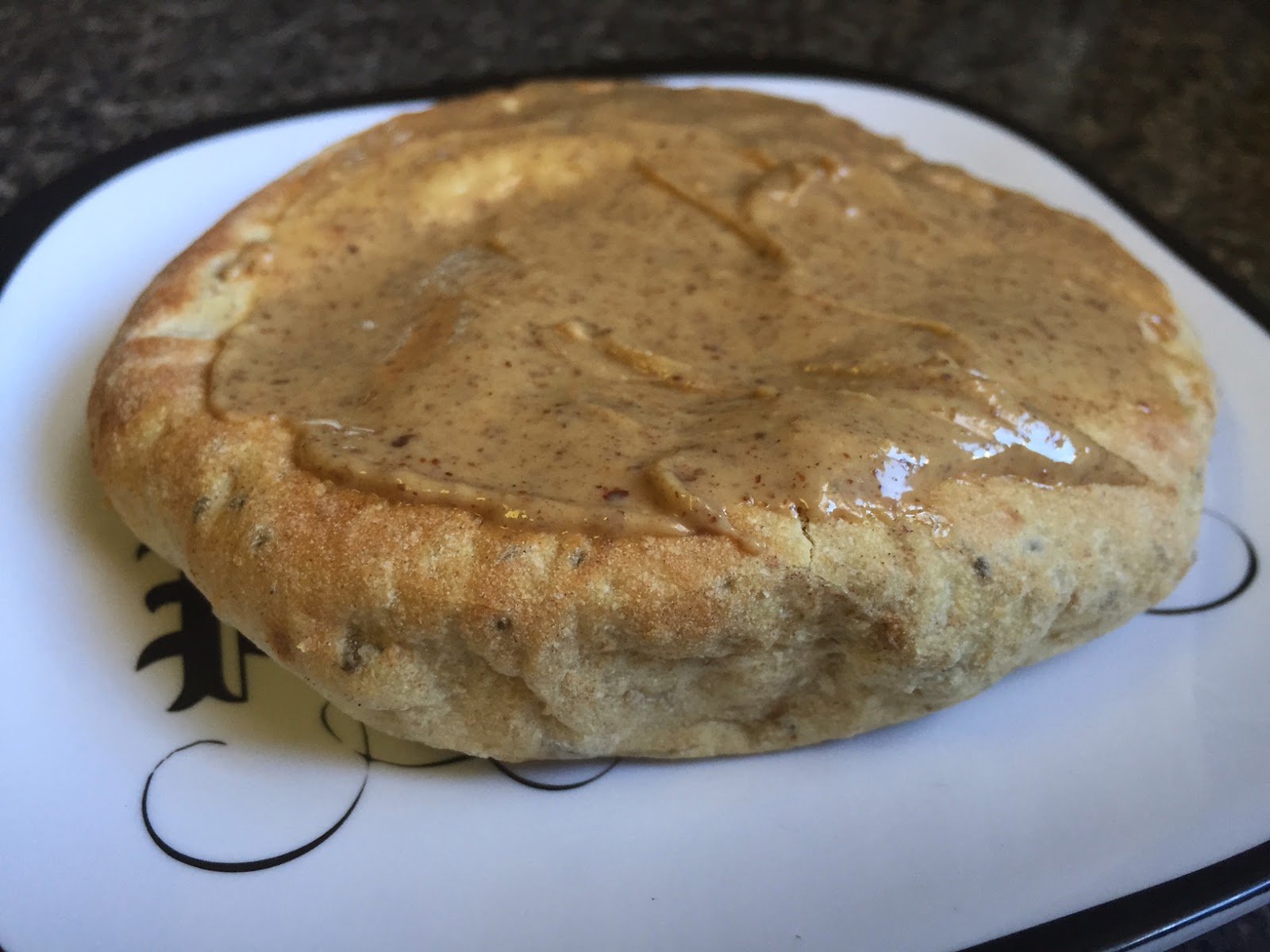 Sheridan drove me to the race, and in the car on the way — around 7 a.m. — I had a banana. I find that having bread and nut butter two hours before the race and a banana one hour before is the perfect pre-run fuel combo.

And then I ran. And ran. And ran. And walked a little when my knee started flaring up. I've never had knee pain while running, so that was unexpected. But despite my physical pain, my body didn't feel all that tired. I had one Huma Chia Blueberry Energy Gel around mile 8, but honestly, I wasn't really hungry. I just kind of wanted something different to do, so I opened a gel and downed it.

After the race, I had a banana from the free food tent. And then I had a free Michelob Ultra from the beer tent. Sheridan, who ran her first 5K the day before the half (Yay for Sheridan!!!!!), met me at the race after-party, and we made the long, cold trek to her car. By the time we made it to the car, I could no longer feel my fingers or toes. But I managed to rip open this Blueberry Cobbler No Cow Bar. I brought this with me (full review of these bars coming soon) because it has 21 grams of protein, which is important for post-race muscle recovery. 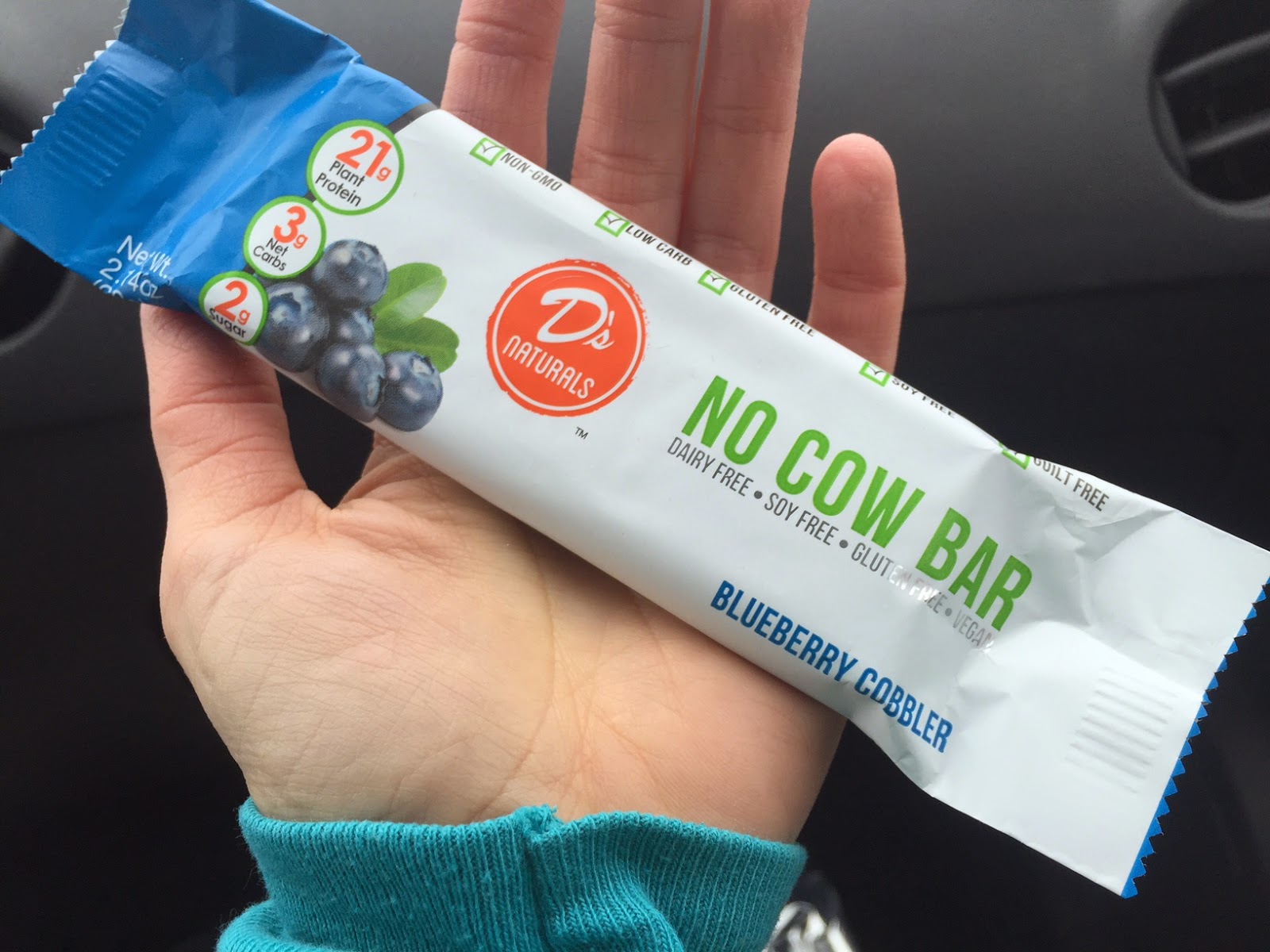 After a quick shower at Sheridan's house, we went out for post-race dinner at Big Orange. We both ordered Falafel Burgers with Hummus and Truffle-Garlic Fries. Man, that was the best burger! And those fries! Very truffley! I ate every one of those fries, and I halved the burger. But I ended up eating the leftover half on the car ride home to Memphis. 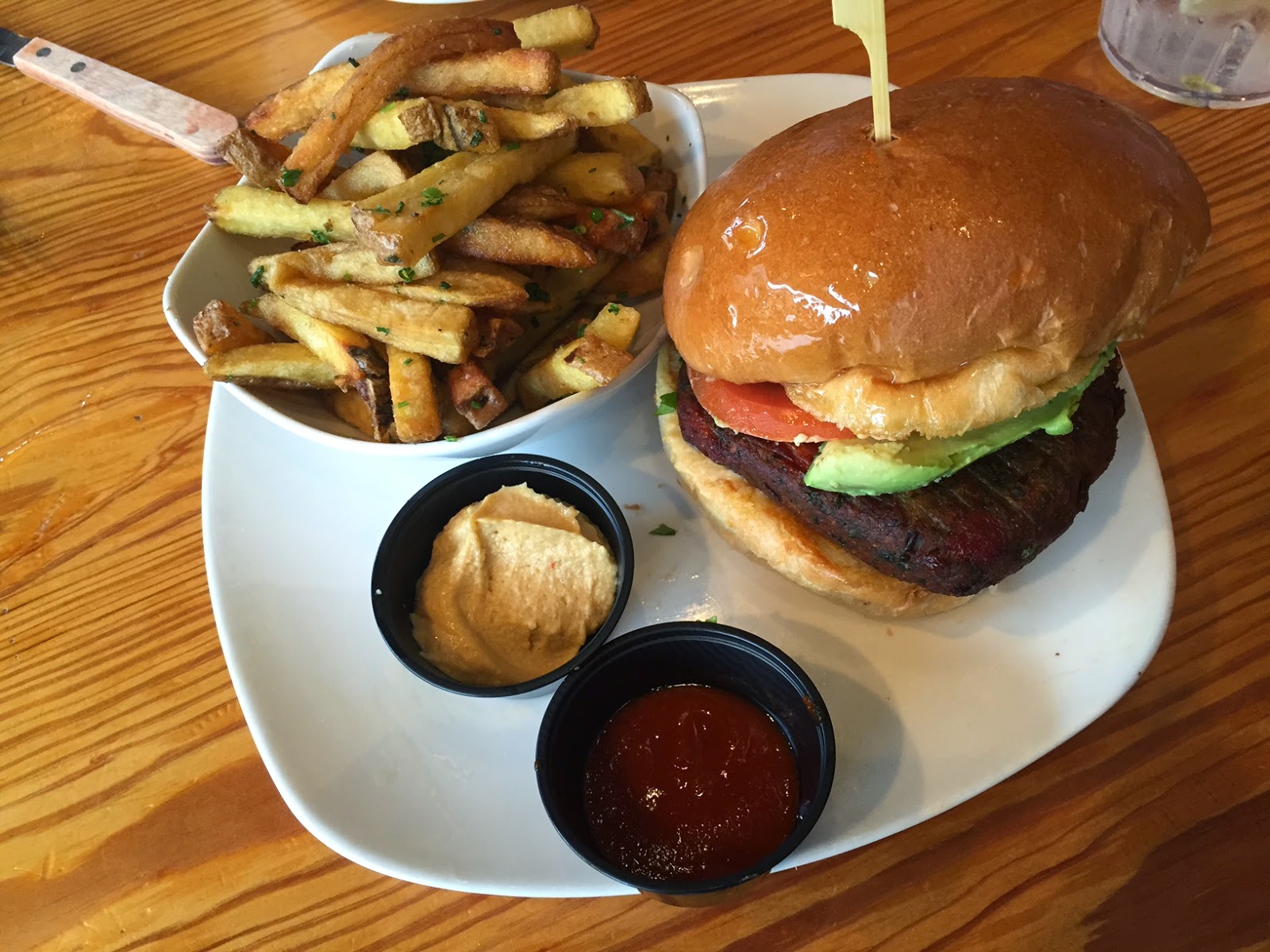 Ok, Drew and I are cracking up thinking about midnight snack time. It's so true! Haha, but we were good this time. So glad you came! It was so much fun and I'm so proud of all of us!

Congrats on the race! Big Orange is so good!

Congratulations on PR-ing, despite the weather and knee pain!

Way to go girl! I'm glad you shared this. I don't run marathons BUT I climb 14ers, so it's a similar situation with prolonged intense activity. And I wasn't able to find much in the way of what to eat beforehand if you're vegan. I'll have to check out the page you recommended. I've read so many different things about carbo loading (don't, do, do it one day in advance, do it all 3 days in advance, etc)... confusing!

Congrats on finishing and on the PR! Every second counts! I've found that the best carb-loading food for me is potatoes. I try to avoid wheat, but on the weeks when potatoes are more regular in my diet, my runs are stronger and I have more energy.

Congrats! You are incredible :)

Congratulations! I hope your knee is okay!!! Also: YUM!