Isn't it great when dessert is actually good for you? Especially when that healthy dessert doesn't taste like it should be healthy? Love Bean makes vegan chocolate fudge using superfoods! But if you were served this stuff without ever reading a label, you'd have no idea it was health food. And for that matter, you'd probably also wouldn't know it was vegan. 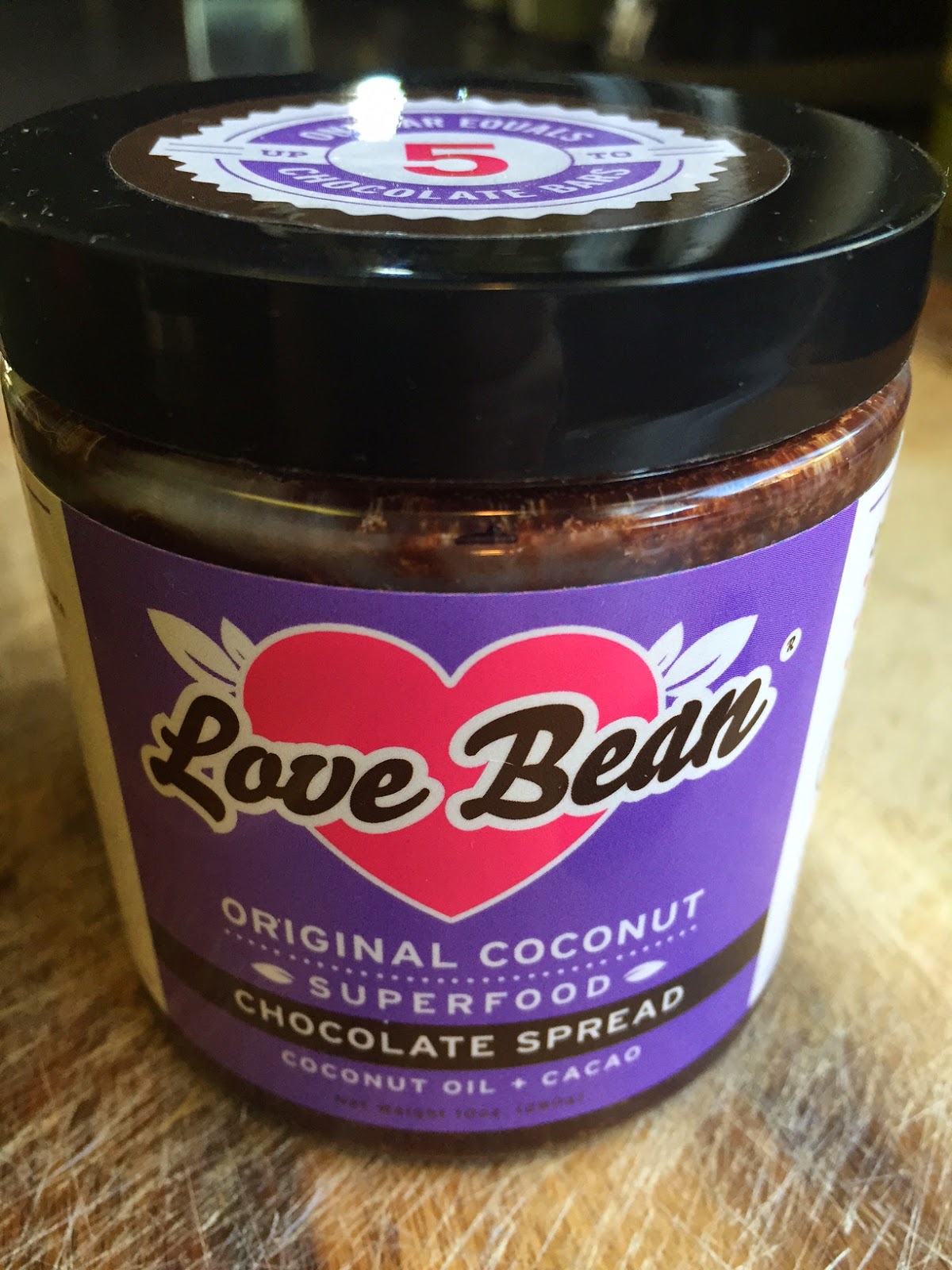 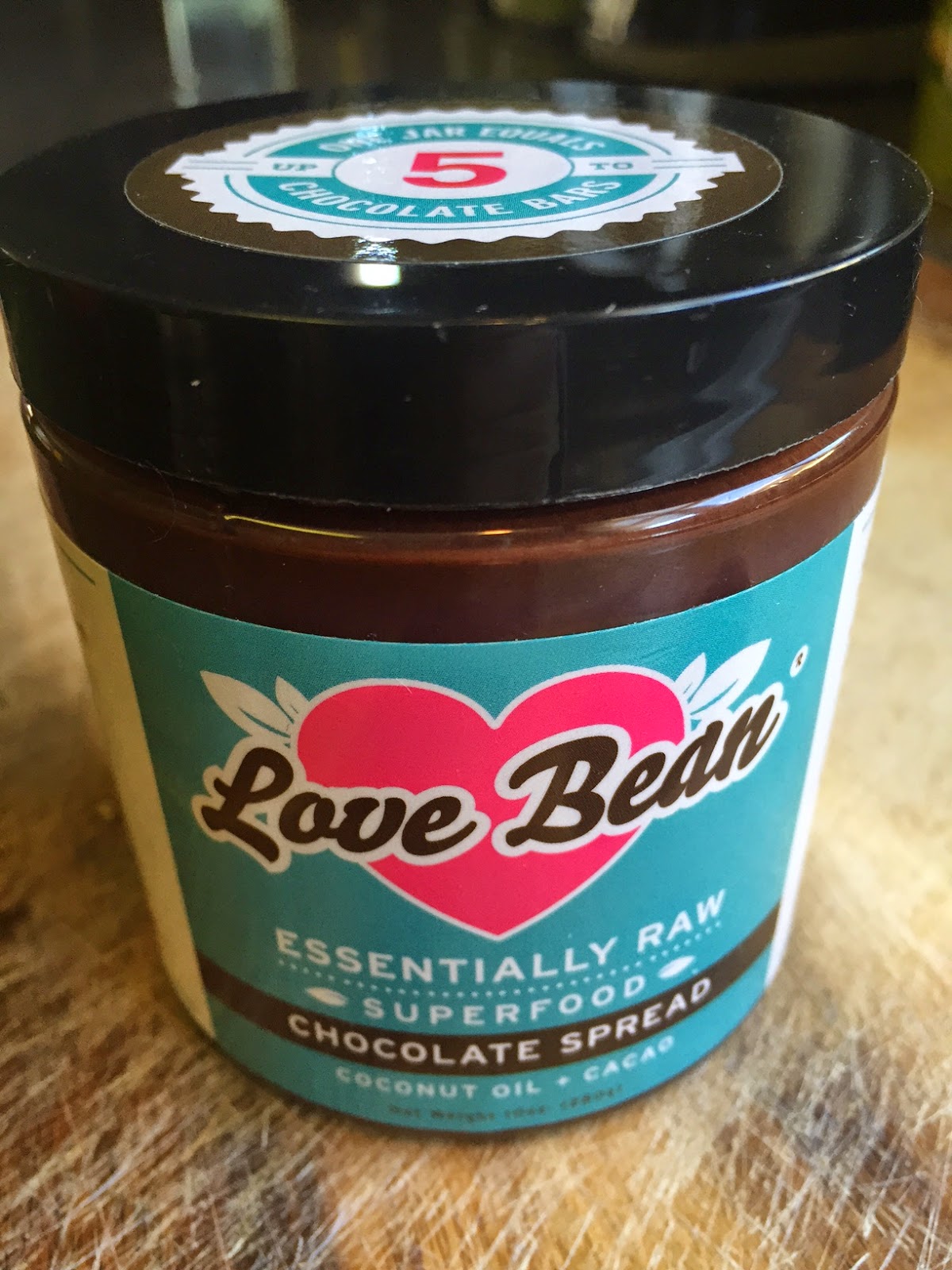 But it took me this long to try them in a variety of ways so I could post a review, mostly because I couldn't stop eating the chocolate fudge on top of ice cream! 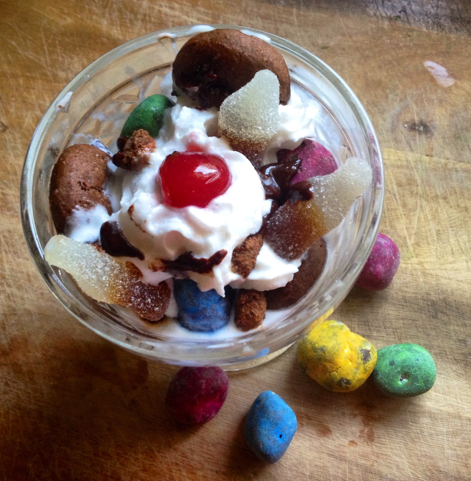 This is an old pic from a post about a Vegan Cuts Ice Cream Sundae kit, but that kit was my introduction to Love Bean's Original Coconut Superfood Fudge Spread. It came with a sample pack, which I drizzled liberally over this ice cream sundae you see here (some of the fudge is hiding under the rice whip atop the sundae).

Since my review jars arrived, I've had quite a few sundaes, but most are just coconut ice cream (Coconut Bliss!) and fudge, not fancy sundaes with all the fun toppings in the above pic. Because it's made with coconut oil, the fudge does that awesome magic shell trick, where it goes on liquid and hardens atop the ice cream.

The Original Coconut Superfood Fudge Spread is made with coconut sugar, coconut oil, coconut milk, and cacao. That's it!! When stored in the fridge, it gets hard because of the coconut oil, but I've found that five seconds in the microwave make the sauce smooth and creamy. Don't zap for too long though because the coconut milk will curdle. I learned that the hard way.

While I prefer the Original on storebought vegan ice creams, I opt for the Essentially Raw Coconut Superfood Spread atop raw Banana Soft Serve. 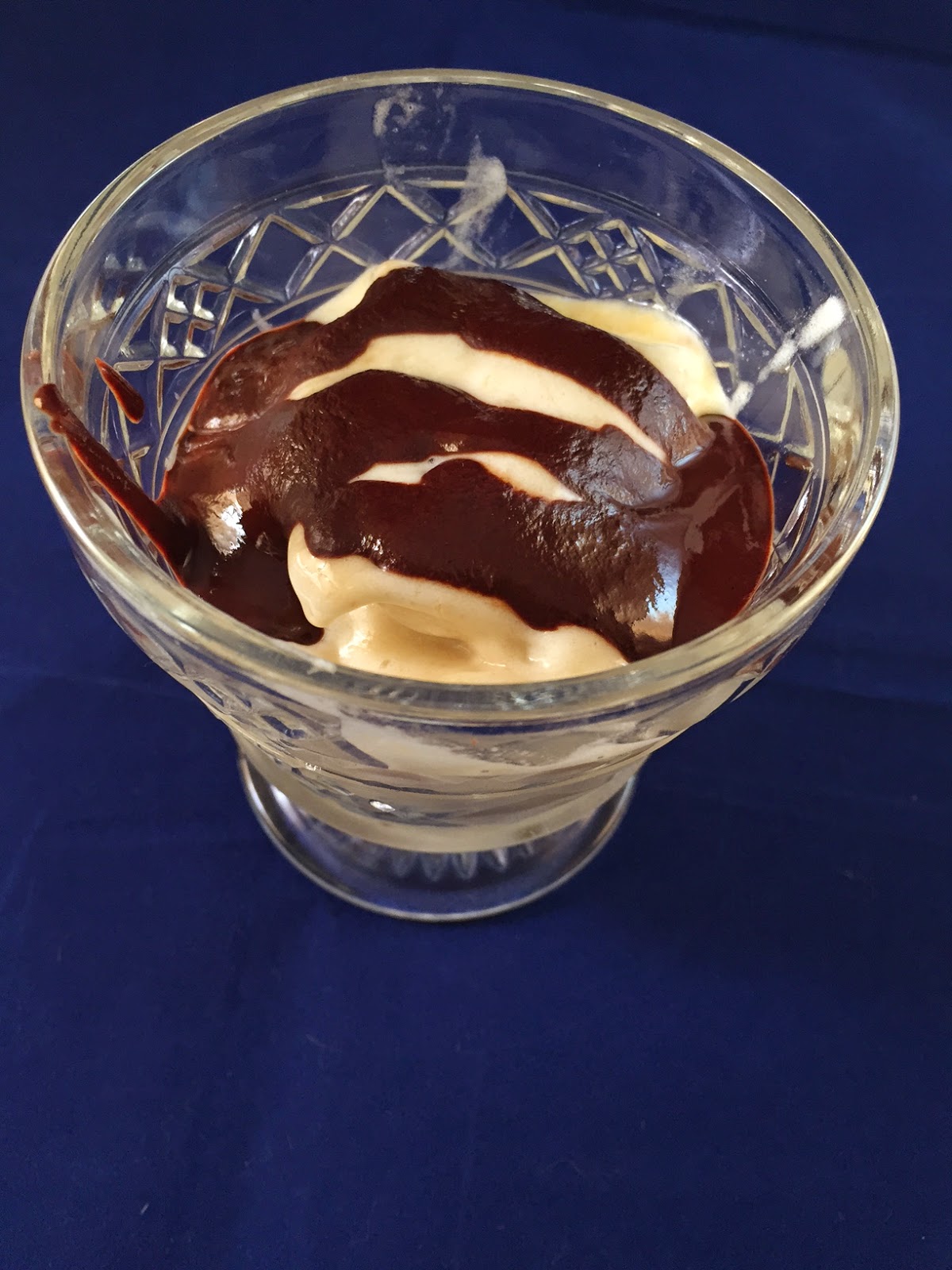 The Essentially Raw spread is, well, essentially raw. It contains coconut oil, coconut nectar syrup, cacao powder, and vanilla powder. And that makes it perfect for simple raw food desserts, like the soft serve above, or like these Chocolate Dipped Strawberries. I actually had these for breakfast this morning! Chocolate in the morning, yes please. 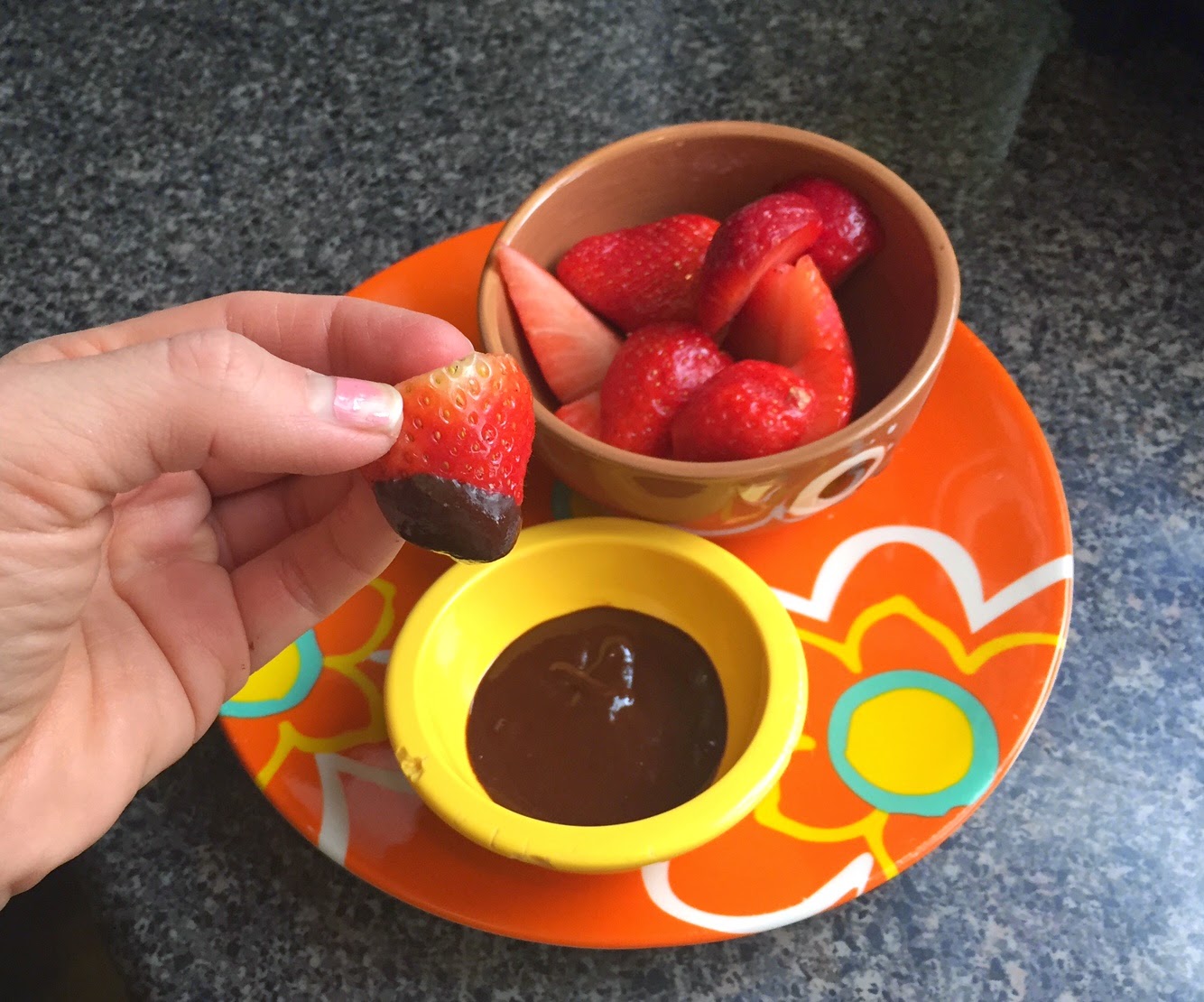 Bonus: Each of these chocolate spread jars are about the equivalent of five candy bars! Healthy candy bars of course. 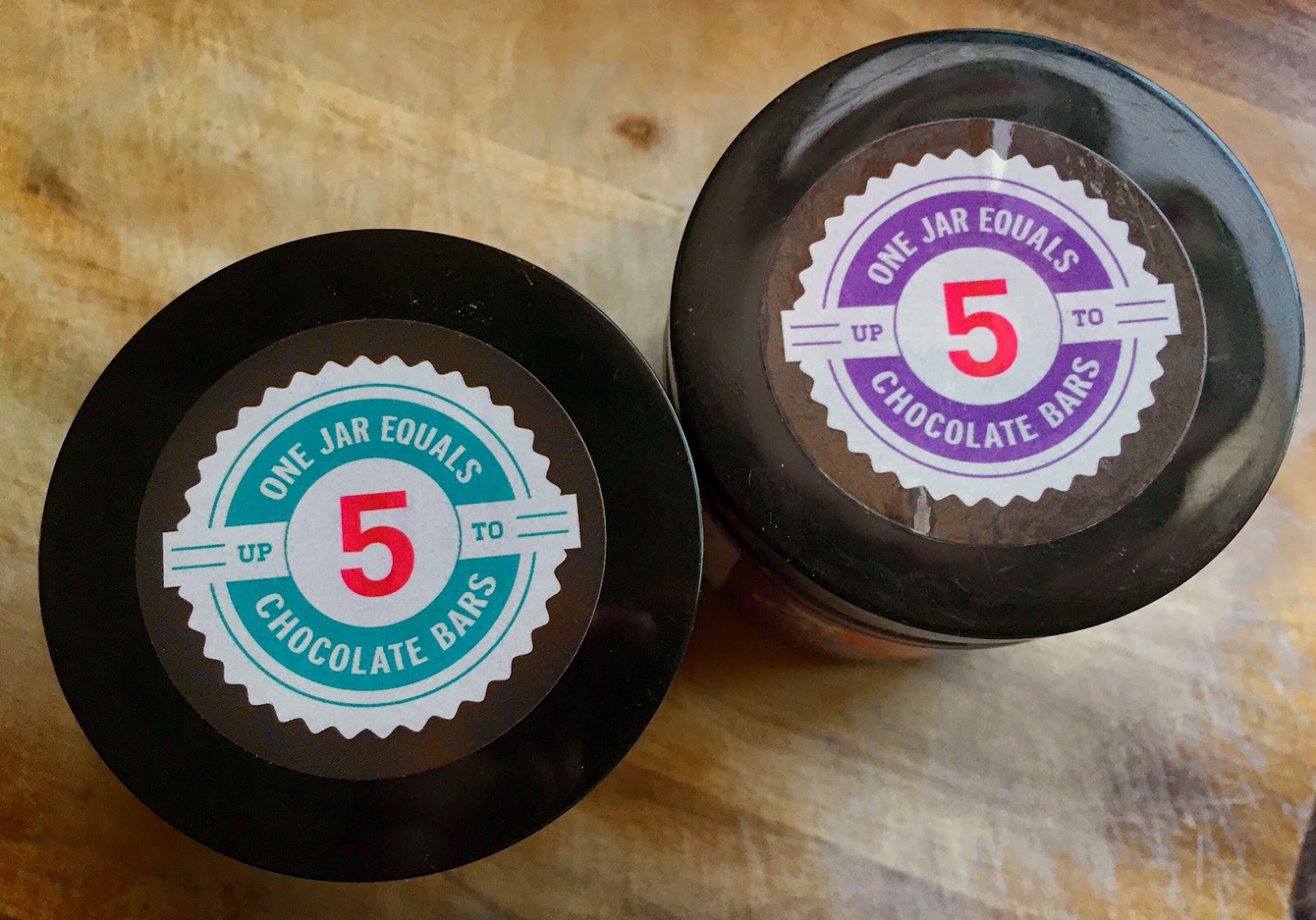 As much as I love the chocolate spread, I think my heart belongs to the Superfood Sea Salt Caramel. 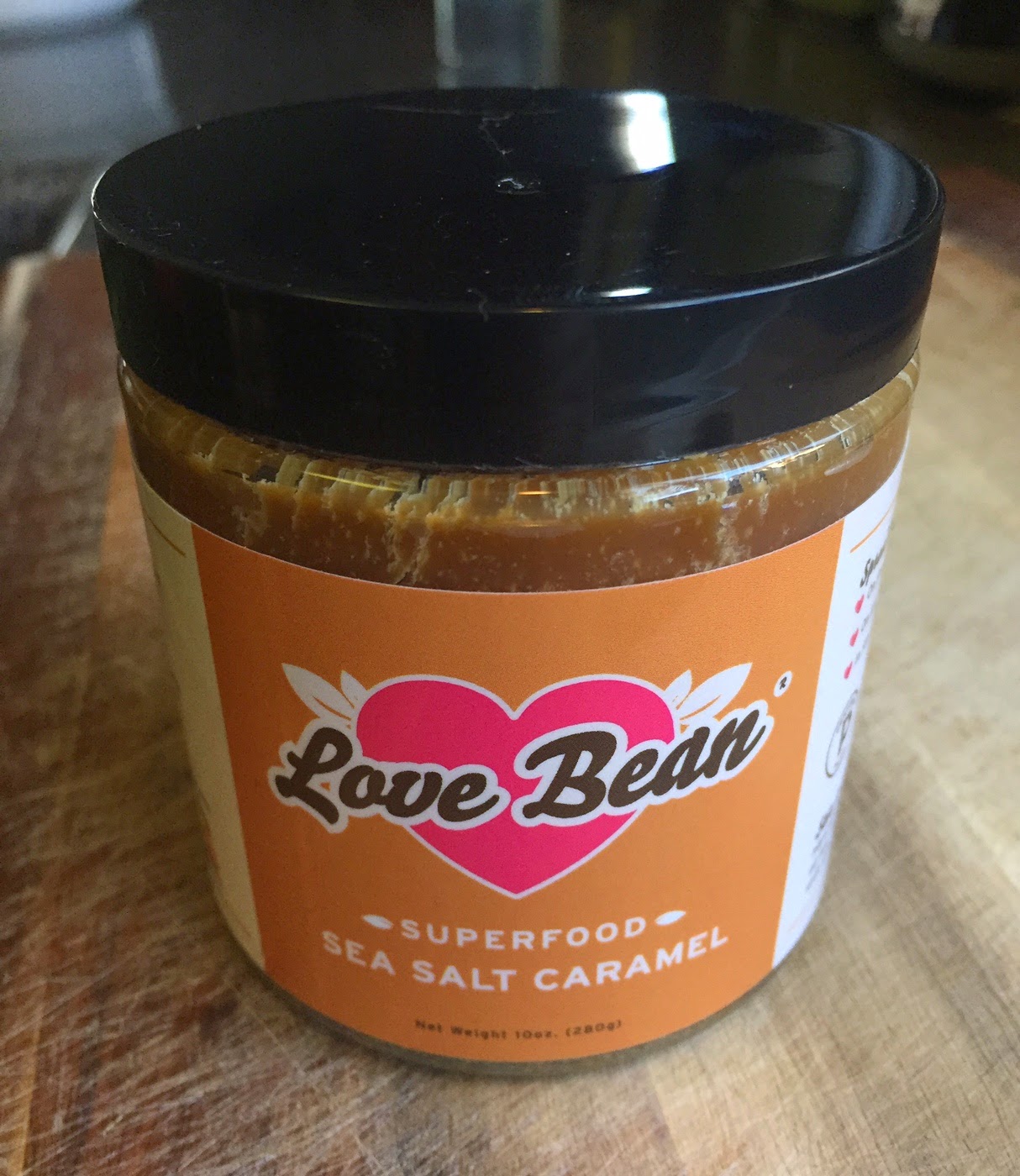 I rarely get excited about fruit, unless it's blended into a smoothie. But just plain, whole fruit? Not a fan. Unless I've got a fantastic fruit dip! And this caramel spread was practically MADE for apples. Until this stuff came along, it'd been years since I'd had caramel dip with apples. But I sorely missed it. Now my apples aren't boring anymore! 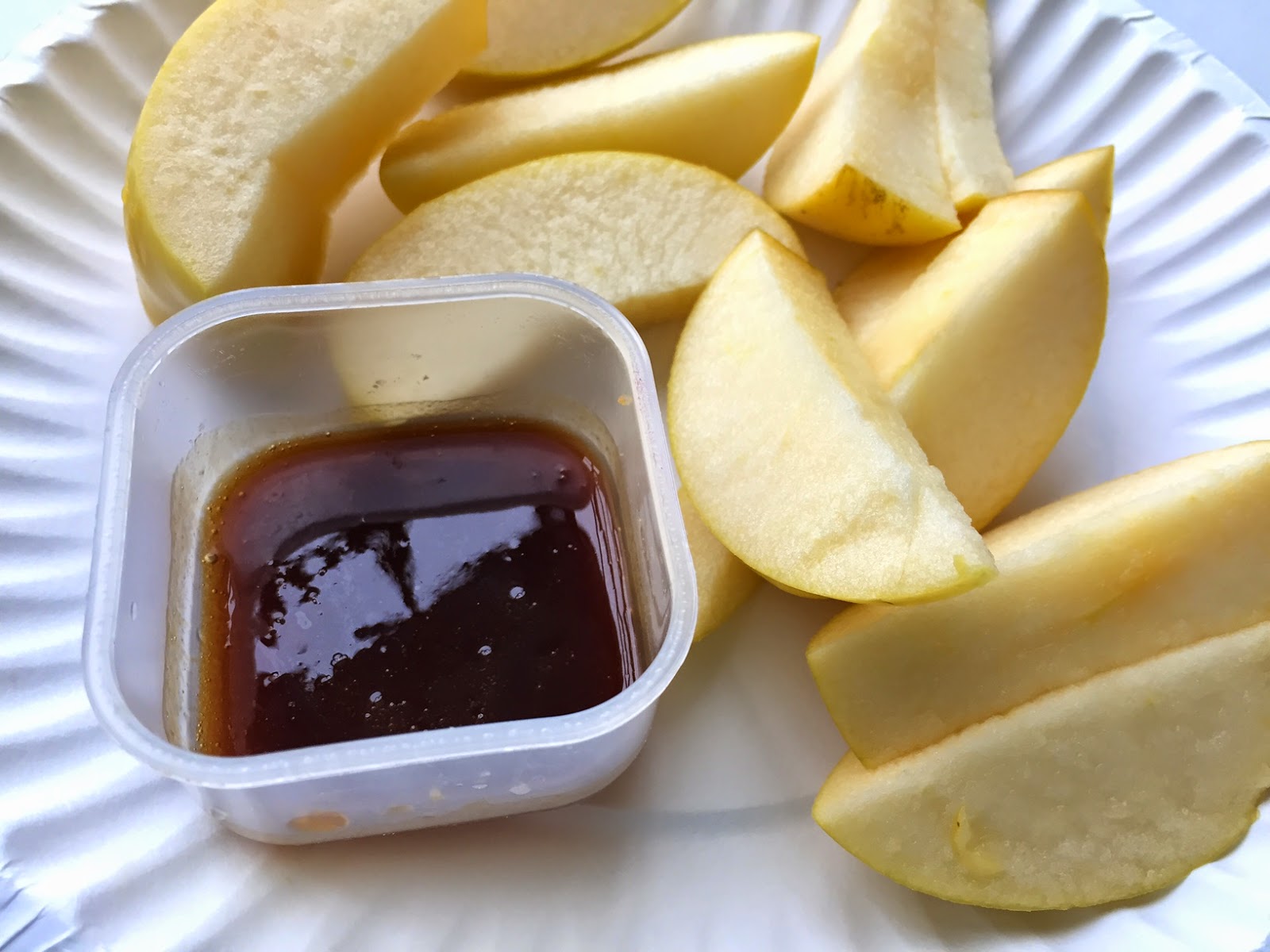 The caramel is made with pureed coconut, coconut sugar, coconut milk, sea salt, and vanilla extract. Like the original, it's hard in the fridge, but it can be melted with a quick zap in the microwave. Or if you're not into microwaves, you can always set the jar in a bowl of hot water for a bit.

All of the spreads make great additions to smoothies, too! I added a bit of sea salt caramel to a Pumpkin Spice Smoothie a few weeks ago, and it added an extra depth of creaminess. I believe this had pureed pumpkin, sea salt caramel, coconut milk, a banana, and Vega One Vanilla Chai powder. Yum! 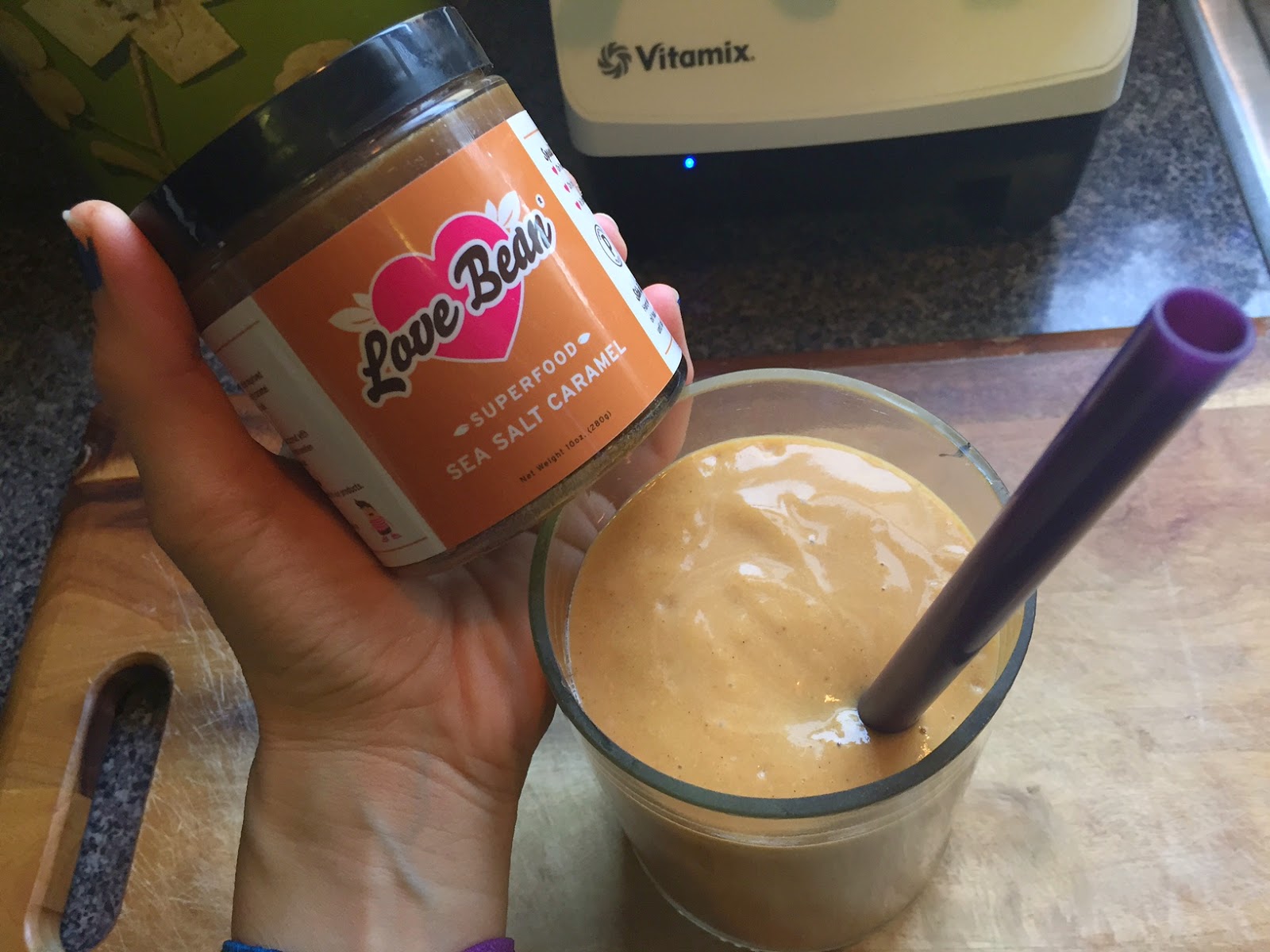 Love Bean makes several other flavors too. There's a Roasted Hazelnut Chocolate that's offered year-round, and on their website, they currently have some seasonal jars of Peppermint Chocolate and Chocolate-Covered Cherry.

And the best thing? They sell the jars online for just $8, even though Love Bean retails in stores for about $13.
Posted by Bianca at 9:59 PM

My goodness, how I'm obsessed with chocolate.Vegetarian Courtesy

Wow, that stuff looks really good. And it reminds me that I have a vegan products review I need to get written. I finally got some Dandies marshmallows!