Curry Fit for a President 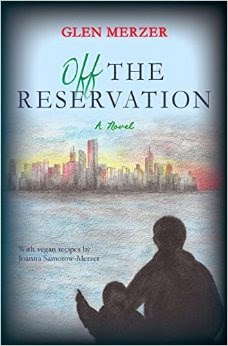 Off the Reservation by Glen Merzer isn't exactly a cookbook. Okay, it is. But it's also a novel. It's a novel about a U.S. presidential hopeful (who isn't all that hopeful about anything, really) who just so happens to be vegan.

Presidential candidate Evan Gorgoni is probably more likeable than any real-life candidate who has run for the Oval Office. He is writer Glen Merzer's ideal candidate — a liberal Democrat who doesn't mince words when it comes to the nation's real problems (overpopulation, human-induced global warming, a drug war that's done nothing more than break up families and pour money into the coffers of private prisons, etc.) and a few trival-but-annoying issues (wasteful stickers on fruit, telemarketers). I'd vote for him.

The book follows Gorgoni's journey from a Congressman ready for retirement to a presidential candidate running a grassroots campaign funded solely through $20 per person donations raised on social media, like a true crowd-funded presidential campaign rather than some multi-million dollar campaign funded by corporate giants. It's a great book — engaging, idealistic, funny — and it's a fantastic commentary on how far out of whack our current political system has gotten.

And oh yeah, as I mentioned, Gorgoni and his family are vegan. When I agreed to review the book, I assumed the vegan diet would play a bigger role. But the word "vegan" isn't even mentioned until halfway through the book. Yet there are little clues dropped throughout. Every time Gorgoni and his family are eating, Merzer describes their meal in detail, and it's always missing the meat and dairy. It seems as though Merzer intentionally didn't mention the family's vegan diet right away because, in the book, the family seems to think their diet isn't a big deal. It's just how they eat.

Speaking of meals mentioned in the book, have you ever read a description of a meal in a novel and thought, "Man, that sounds good. I wish I had a recipe for that?" Happens to me all the time. Well, guess what? Nearly every dish mentioned in the book does have a recipe! Merzer's partner Joanna Samorow-Merzer wrote recipes for each dish, and they're included in the back of the book.

The recipes are all very healthy — whole foods-based, refined sugar-free, oil-free. But they all sound fantastic. I tried the Mung Bean Curry that the Gorgoni family ate while they watched a CNN special comparing Gorgoni with his Republican challenger. 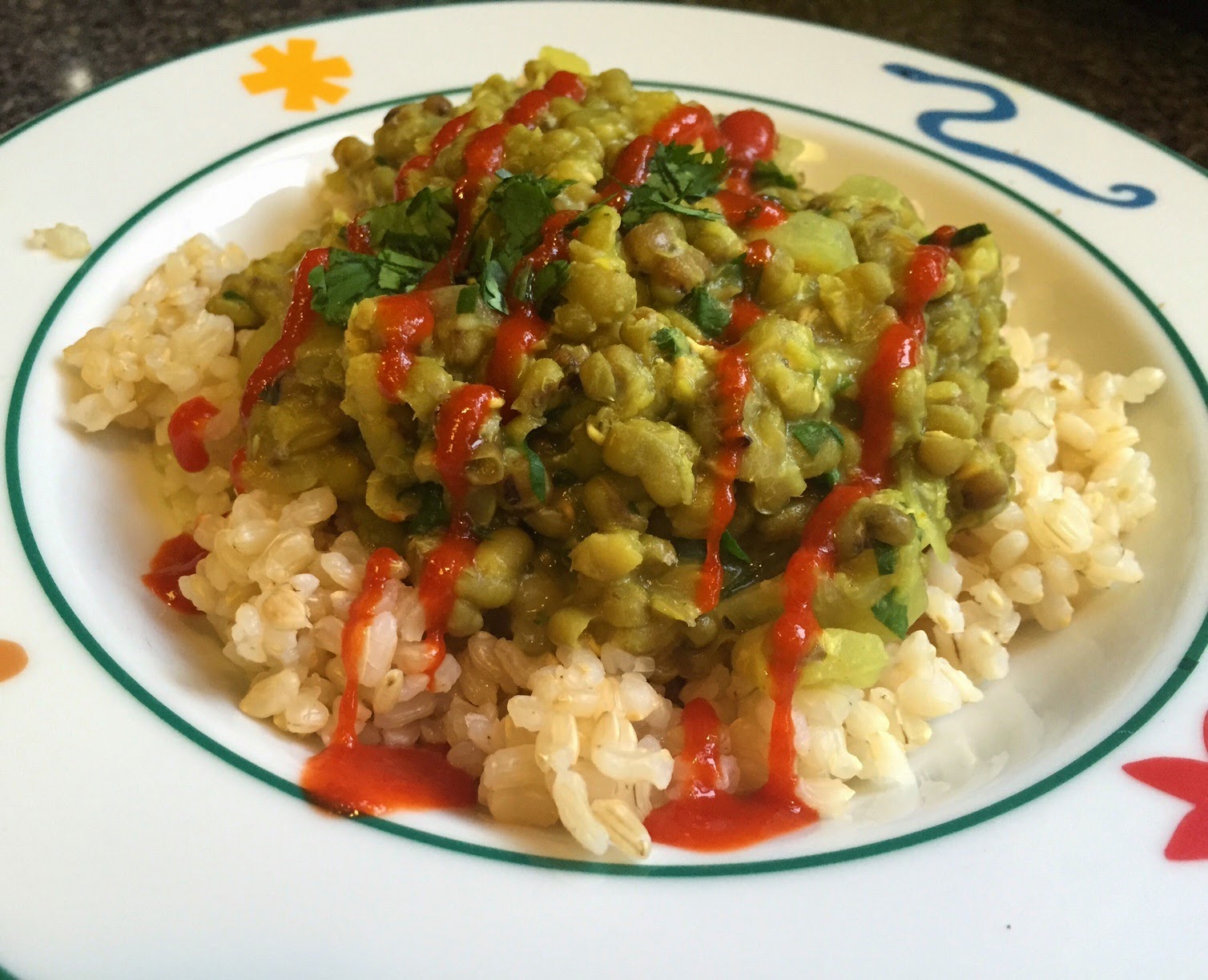 This simple dish reminded me of a curry made from red lentils, but instead it had mushy mung beans. I often forget about cooked mung beans, even though I keep them stocked in my pantry for sprouting. It's seasoned with curry powder, turmeric, onion, garlic, and Bragg's. And it's served over brown rice. I topped my bowl with cilantro and sriracha. So satisfying!

Can't wait to get a copy of this. It feels like an important work, with concepts on the same level as the Green party. However the mung bean curry is something worth a shot. Thanks for the review.

They emailed me to review this and I just never got back to them (you know how it is with ALL THOSE EMAILS)... now I think I should've. It sounds good!