As I mentioned in a recent post, I'm back to work on my second cookbook project. It's a collection of veganized versions of trendy dishes from the past century, organized by decade. Although I started the project a couple years ago and managed to develop several dishes for various decades, I've just now started going in order. I think that will help me stay focused. So I'm deep into the 1900-1910 era right now.

I've been reading a book called Repast: Dining Out in the Dawn of the New American Century, 1900-1910, and it's all about how folks — mostly city folks in NYC — ate during those first few years of the 20th century. The book is filled with beautiful restaurant menus of the era, most of which list all sorts of weird (and very meaty foods) — stuff like calf's head or cold salmon in jelly. Suffice it to say, this era has been a challenge to veganize.

I'll probably not find a way to make vegan calf's head. Ick! But a few menu items have proven a little easier to make vegan. On Friday night, I set about creating three recipes inspired by a few items on the menus in this book — Tofu Beefsteak with Mushrooms and Onions, Roasted Asparagus with Lemon Pepper, and Vegan Welsh Rarebit. 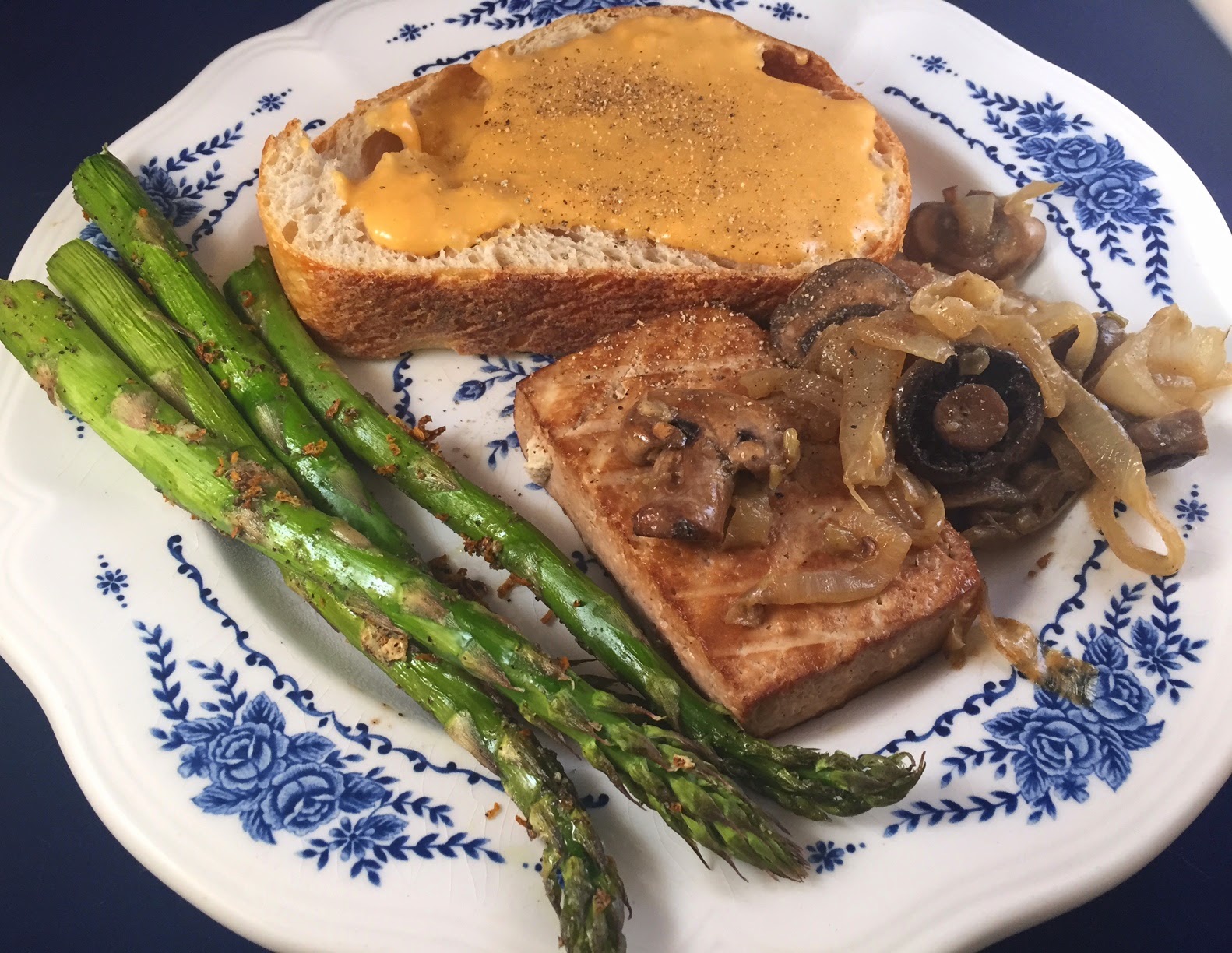 According to Wikipedia, the first known mention of Welsh rarebit was in 1725, but it seems to have gained much popularity in the States around the turn of the last century. It's basically toast covered in a beer-cheese sauce with a bechamel base. Um, beer, vegan cheese, roux, and bread. How have I not been making this all my life? It's all my favorite things! Some folks on Instagram asked if I'd share the recipe, but it's still a work in progress. I can tell you, though, that I used Daiya cheddar for the cheese, but any meltable vegan cheese would work. 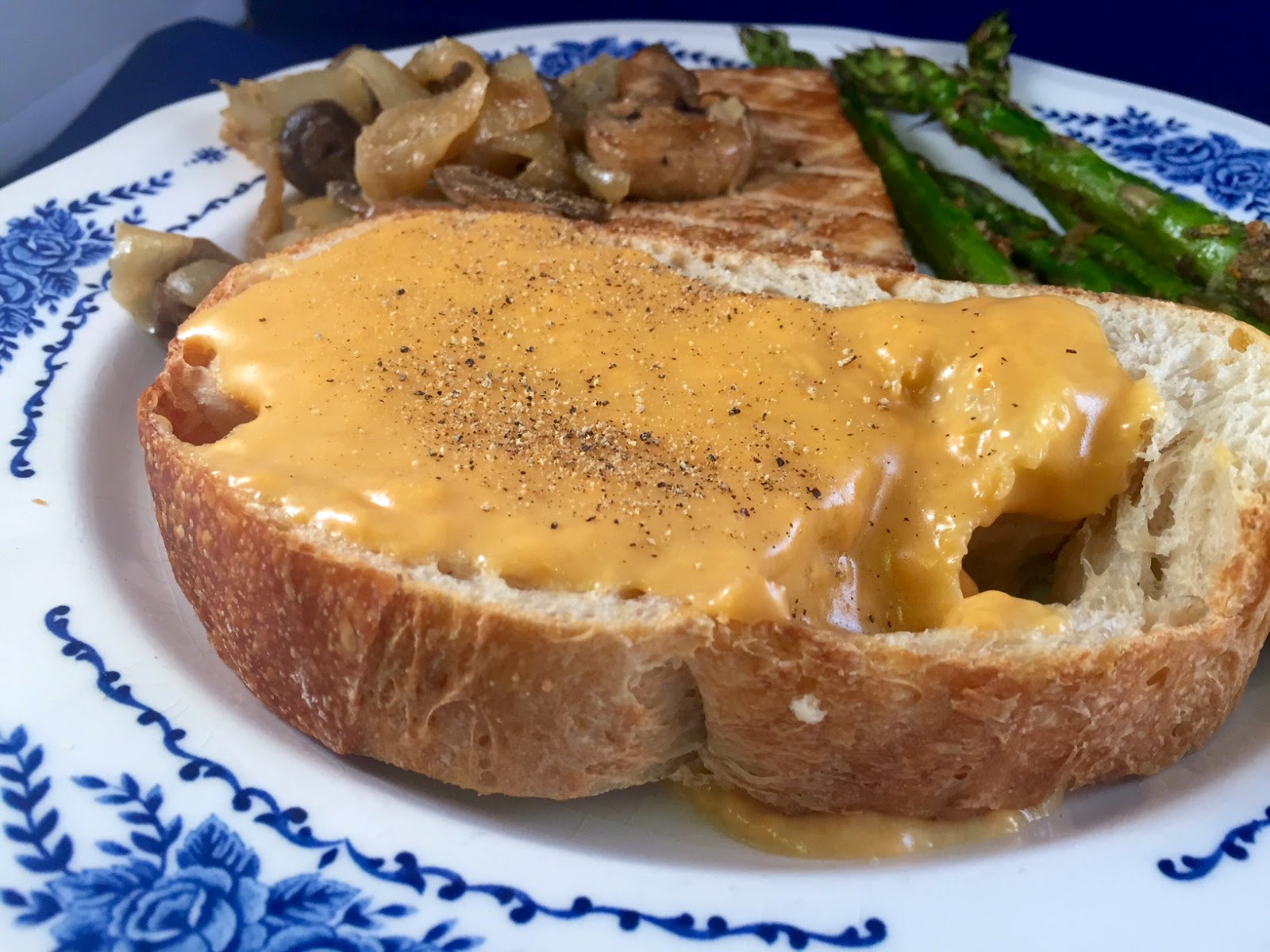 I saw several mentions of beefsteak in Repast. I'm certain my tofu version is nothing like meat steak, but I'm okay with that. It's got a beefy flavor from the marinade and a smokiness from the grill. Even Paul loved it! He saw me making tofu and asked for a piece. He gave it the omni seal of approval. 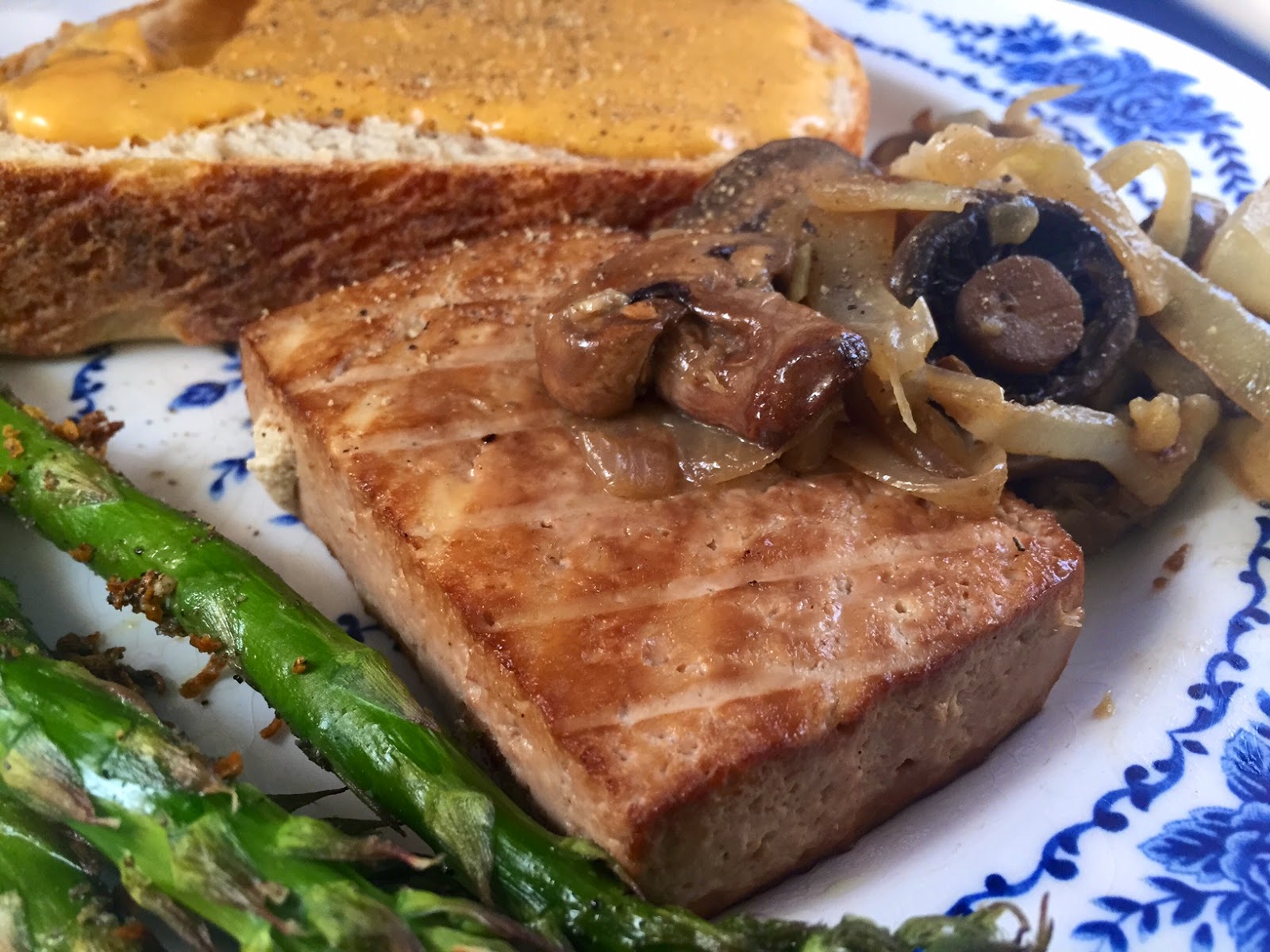 On many of the menus in Repast, the vegetable sections are very vague. They'll just say "peas" or "artichoke" or "celery" or "stuffed tomato" (with no indication of what they're stuffed with). Such was the case with asparagus. 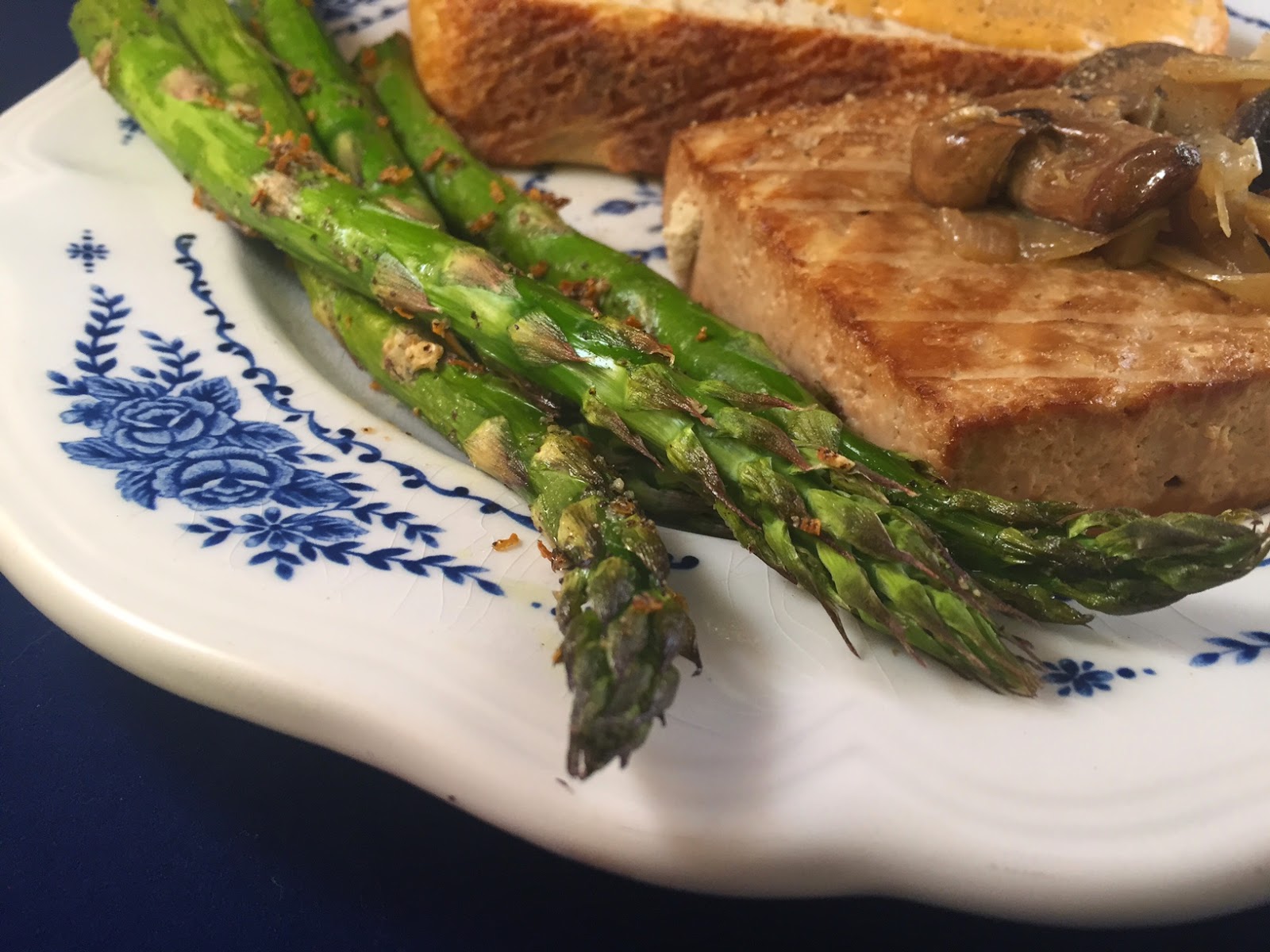 There are no clues on how these restaurants were preparing asparagus back then. It's possible that the veggies were very simply prepared, just steamed or sauteed. But that's boring, and you probably don't need a cookbook for that. For my asparagus, I made my own homemade lemon pepper using zest and black pepper. And then I massaged the spices, some garlic, and olive oil into the asparagus stalks. Then they're roasted until tender. Delicious! This dish got Paul's approval too. I didn't even know he liked asparagus! (He didn't try the rarebit. Vegan cheese is too next-level for him).
Posted by Bianca at 10:31 PM

Vegan cheese is too next level? lol
I love that you got back into veganizing 20th century meals. :)
I'm sure the beginning must be tough, especially with so many cultures coming in and experimenting iwith old and new foods.
Can't wait to read the next one!

The rarebit sounds great! I've heard of it before, but never had it, unless there was some weird TV dinner type version, which I sort of remember. Kinda like a beer-cheese soup.
Yeah, I'm pretty sure no one had any idea how to cook vegetables, except that they had to do it.