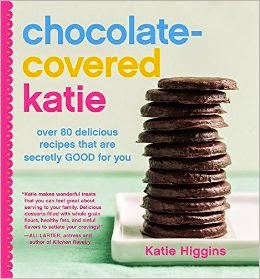 I started this blog way back in 2007, and back then, we had a tight-knit vegan community of bloggers. We still do! But we've all gotten so busy with life that we don't always comment on each others' blogs anymore. And some days, we don't even have time to check blogs. I know that's been the case with me. And so many of my old blogger buds just stopped blogging altogether. I'm still Facebook friends (or Instagram followers) with many of them. And I see many of them every couple years at Vida Vegan Con (Austin in May, holla!). But so many fantastic vegan blogs have fallen by the wayside since 2007, pushed aside to make time for real-life things like kids or careers.

But a few blogs have stood the test of time since those early days. One of those is Chocolate Covered Katie. Katie was one of my earliest blog readers and internet friends. I remember checking her blog daily for updates on her life and what she was eating. Back then, her blog was more of a general food blog than a dessert blog, but over time, Katie found her calling — healthy vegan desserts.

These days, Katie is famous! Her gorgeous photography and deceptively healthy dessert recipes have been wowing the internet for years now, and her recipes have been featured in VegNews, Cooking Light, Bon Apetit, the Huffington Post, and tons of other places. And now she has a cookbook out!! It's aptly named Chocolate-Covered Katie, and it features 80 vegan dessert recipes that taste sinful but are actually made from super-healthy ingredients.

Katie was super-sweet and sent me a book just because. But I knew, as soon as I got my hands on a copy and flipped through this full-color, hardcover book, that I needed to review it. Reviews give me an excuse to make dessert on a weeknight, and there are so many desserts in here that I want to try.

But after much deliberation, I finally settled on the Deep Dish Cookie Pie. 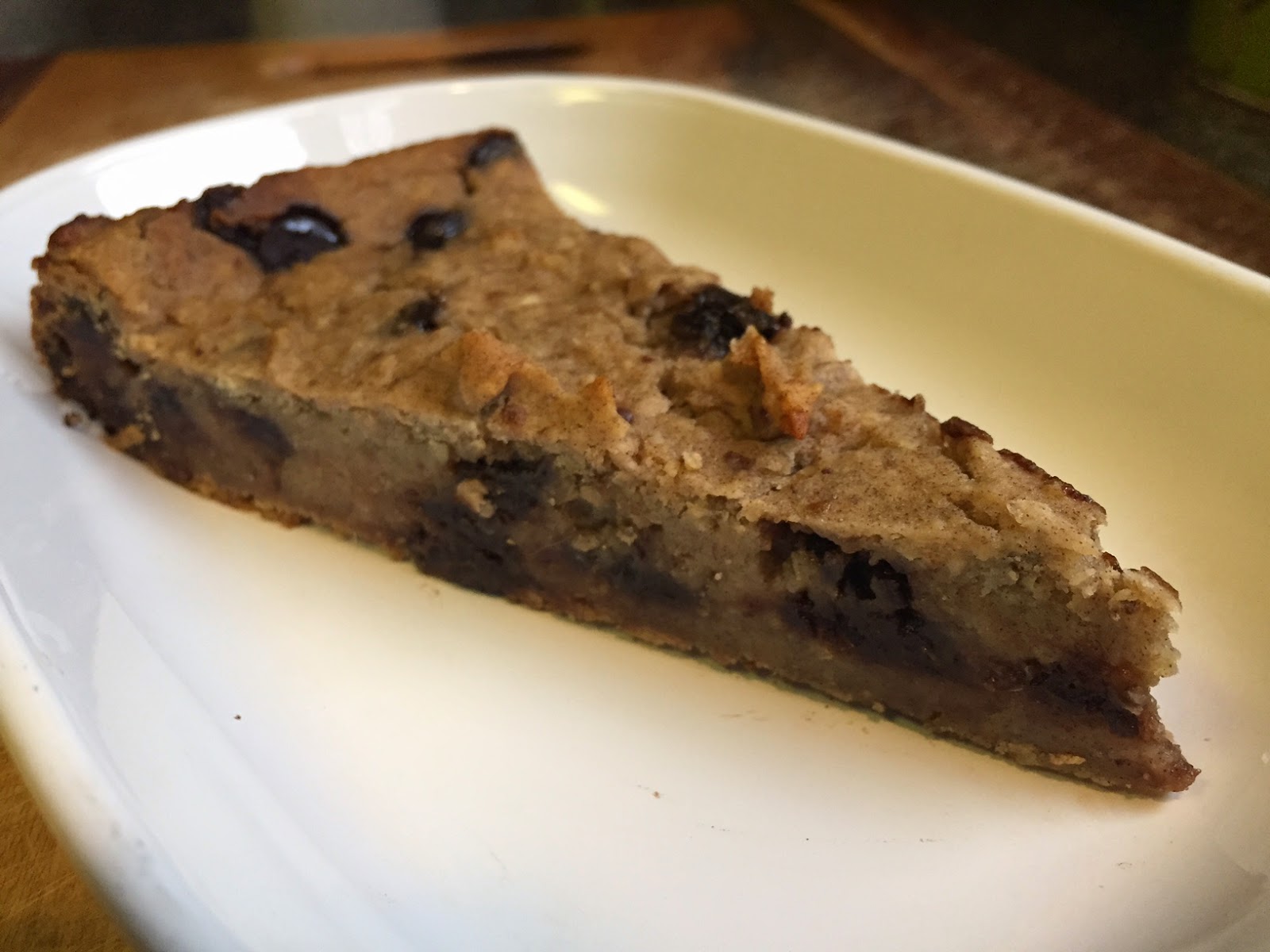 It looks like a decadent slice of cookie cake, right? Well, it is a cookie cake, but it's deceptively healthy! The base of this pie is white beans! There's no flour in the recipe. And since I opted for Katie's sugar-free option, my pie is also free from refined sugar (except for in my chocolate chips). Instead, it's sweetened with dates and a touch of stevia.

I somehow missed that whole black bean brownie craze, so baking with beans was new to me. I wasn't sure what to expect. But the result is a soft and chewy cookie slice that tastes sweet and sinful. It's not as cakey as a cookie made with flour, but it's not super-dense either. It's a little hard to explain the texture, but I love it. I actually used a slice as running fuel this morning since it's so healthy! And Paul even liked it! He's a huge fan of cookies and white beans (which he typically eats straight from the can without heating), so he was a bit blown away that the two ingredients could be combined in a dessert. 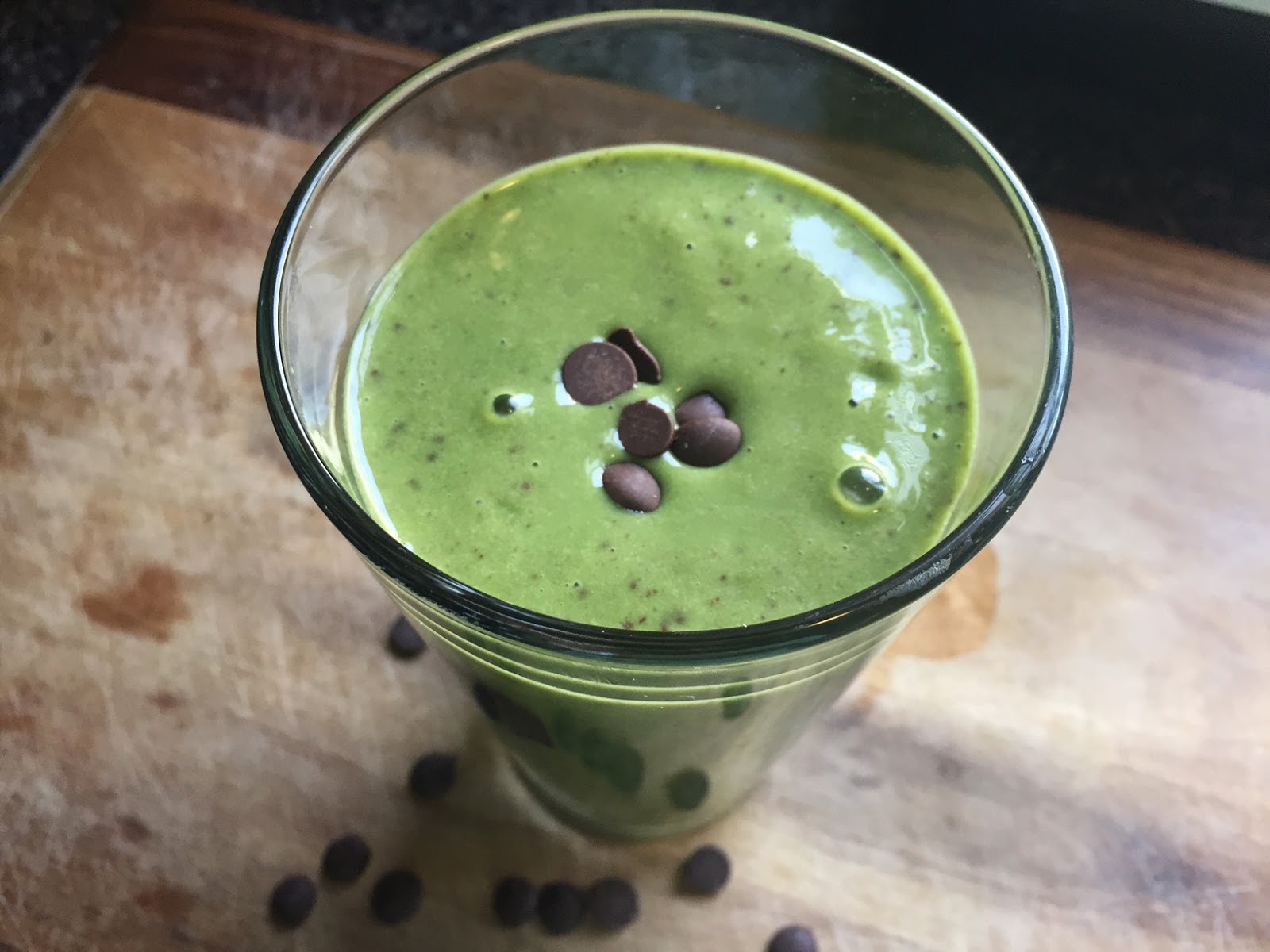 I'm always looking for new protein smoothie ideas, and the picture in the book of this smoothie looking all thick and creamy really sold me. My version turned out great!! It was thick from the frozen banana and vanilla protein powder, green from the spinach, and minty from pure peppermint extract. Just for fun, I used carob chips instead of chocolate.

I truly want to make just about everything in this book. I love that I can eat these desserts without guilt! The Elvis Peanut Butter Pancakes (made with spelt flour, banana, and peanut butter) and the Creamiest Oatmeal of Your Life (it has baby food carrots in it!) are on my breakfast short list. I love that the Ultimate Unbaked Brownies have a base of dates and walnuts (yay for raw desserts)! And after I binge on the (finally) vegan Girl Scout Thin Mints this year, I'll need a batch of Katie's Chocolate-Covered Thin Mintz (a much healthier version) to make up for my transgression.

Chocolate Covered Katie is responsible for me not gaining a ton of weight while stress eating! My whole family prefers her black bean brownies to store bought ones, even my brother in law ( we never told him the ingredients because he would have rejected them on principle).

Glad to see you pass on the CCK love.

Yes!!! She has had some of the most amazing, healthy recipes! Her cookie dough dip is one of my favorite things ever. So amazing. The recipes you chose to make look great! I'm excited about this book :)

Thank you so much, Bianca!! I've loved being your vegan blogging friend over the years and really hope one day that we can get together in real life... Over food, of course ;)