Stuff I Ate and a Seattle Send-off!

I'm writing this post on Wednesday night, but I'm setting it to go live on Thursday. But as I type, I'm about to go see Die Antwoord at Minglewood Hall!!!!!! I actually saw Ninja and Yolandi just walking around downtown Memphis today. I was listening to Die Antwoord on Pandora in my car at the moment I saw them so it was totally surreal.

But anyway, I'm posting a quick "stuff I ate" round-up because I'm heading to Seattle early Friday morning for their VegFest. My publisher was gracious to invite me to go again this year, and I enthusiastically agreed. So if you're in Seattle, come see me at VegFest! I'll be doing cooking demos and signing copies of Cookin' Crunk, and there are lots of other great vegan cookbook authors lined up too — Miyoko! Chat Mingkwan! Sproutman!

Anyway, here's some stuff I ate recently. Let's start with dessert because when I'm eating dessert, I always have it BEFORE my meal. You know, so I don't get too full first. A couple weeks ago, Stephanie made a vegan version of O'Charley's Caramel Pie to sell at Imagine Vegan Cafe. OMG!! A layer of caramel and a layer of whipped topping!! I'm such a fan of anything covered in whipped topping. I think this is my new favorite pie. 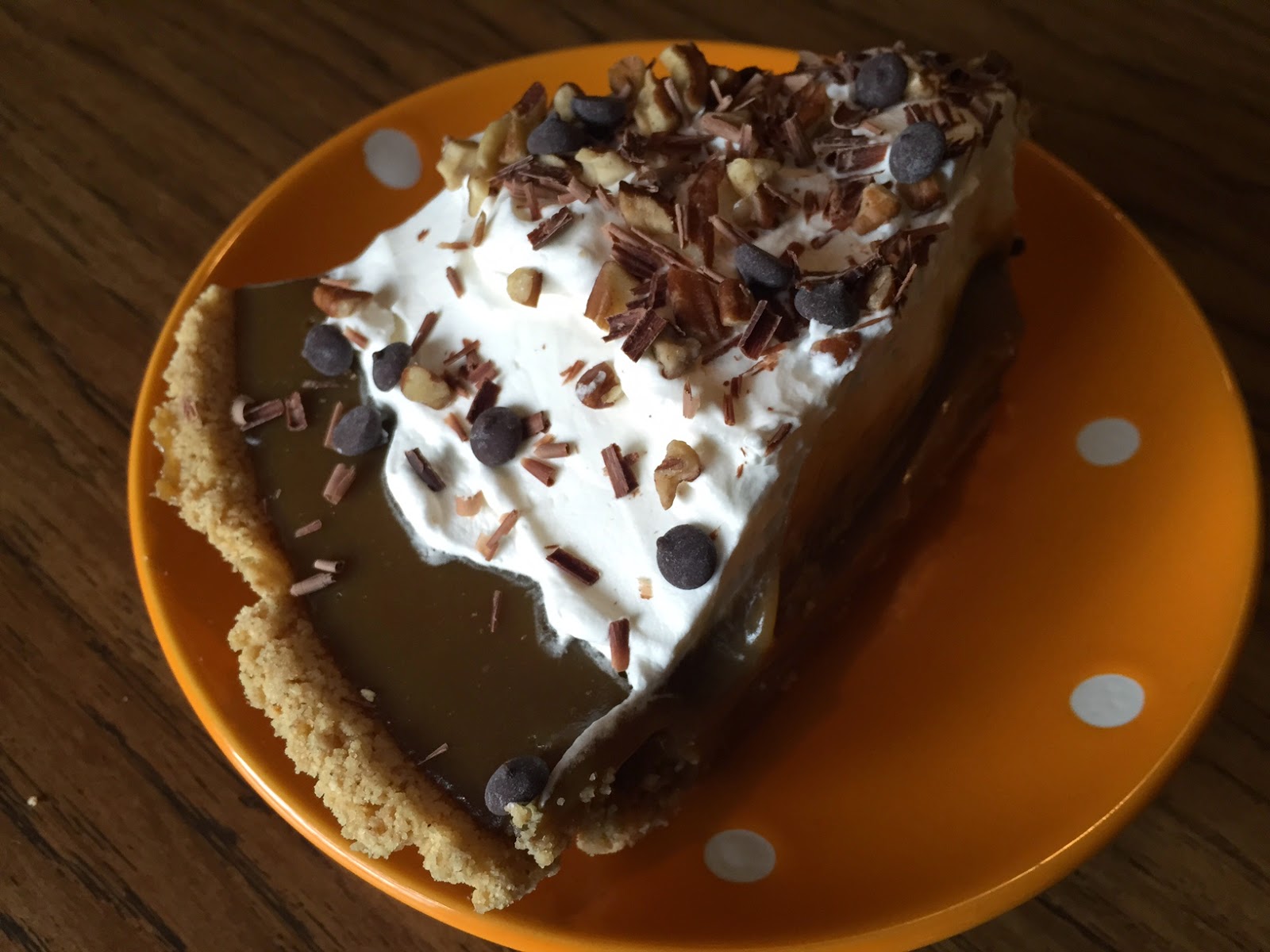 Last week, Stephanie made Vegan Baklava! This girl is tearin' it up with all the stuff I like. 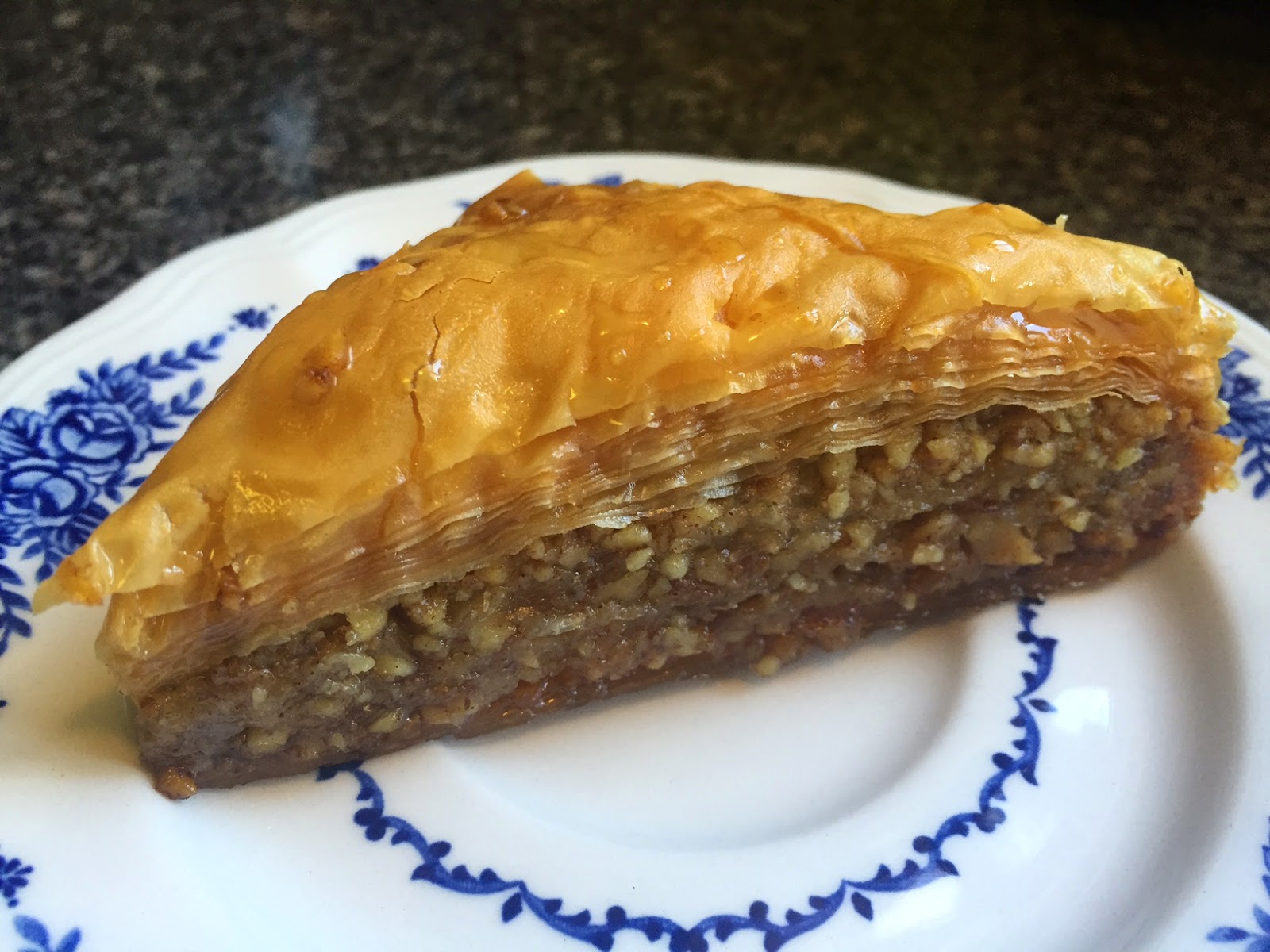 Other meals from Imagine Vegan Cafe — Vegan Steak & Cheese Quesadillas!! This is one of my top five favorite menu items. They use the Gardein Beefless Tips, and they're shredded and fried and squished inside a crispy tortilla with lots of vegan cheese and peppers. 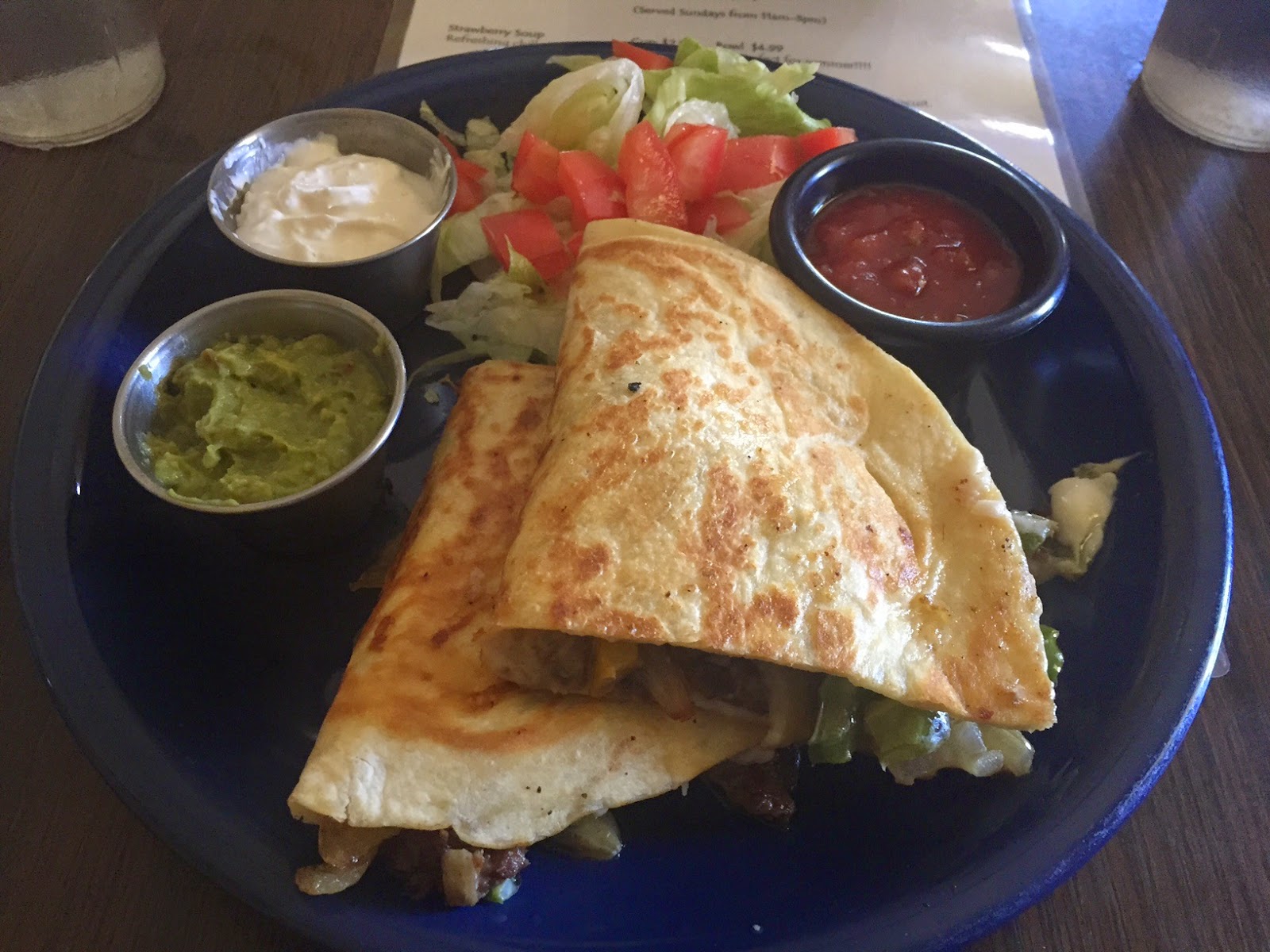 And one day, when I was feeling sorta healthyish, I ordered this Vegan Grilled Chicken Salad from Imagine. Also made with Gardein. Lots of vegan ranch on the side. 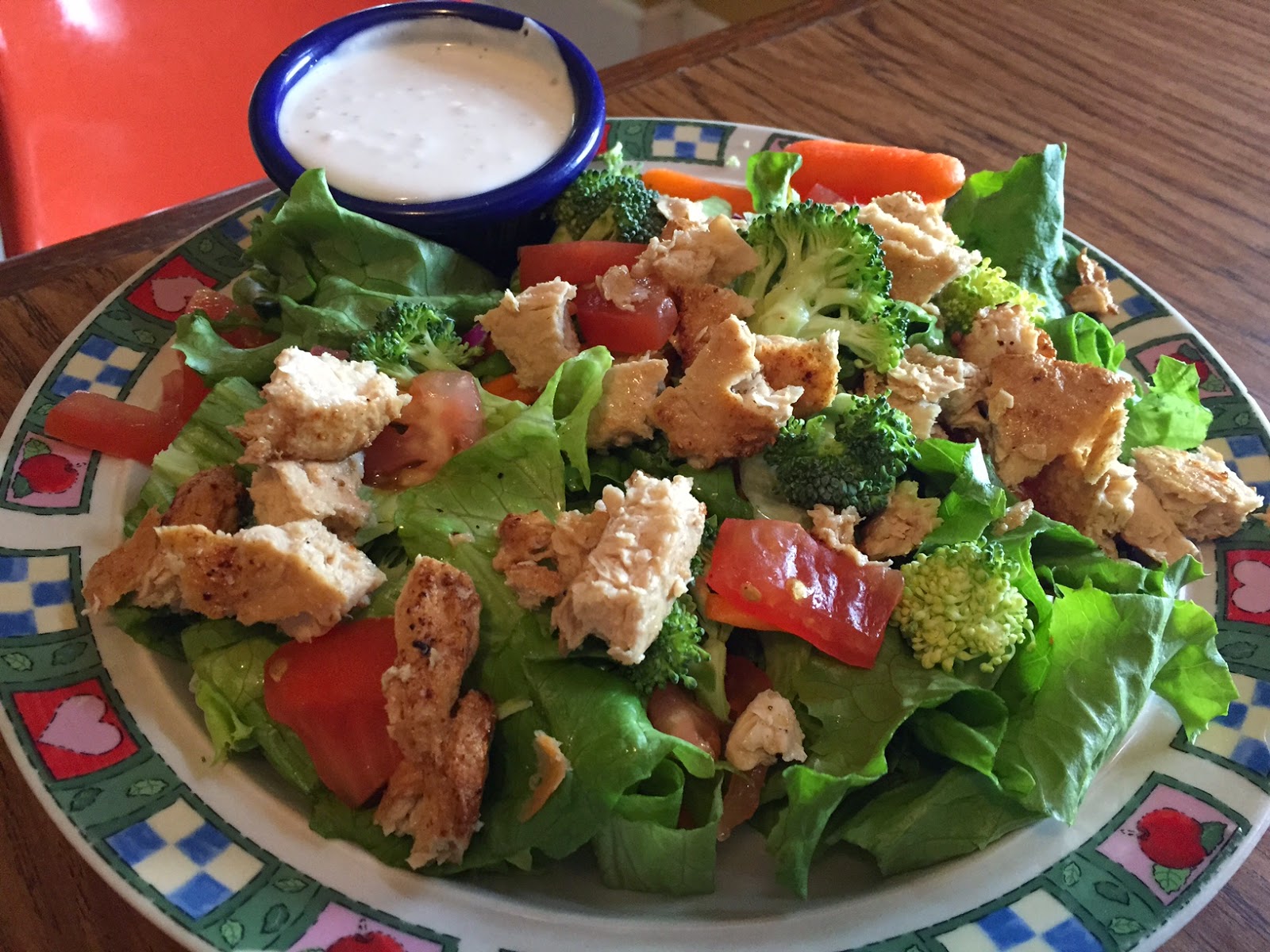 Speaking of healthy, this Vega One Cinnamon Bun Smoothie tastes like dessert, just like a cinnamon roll! But it's loaded with healthy protein, greens, fiber, and maca. Had this after a run one day. 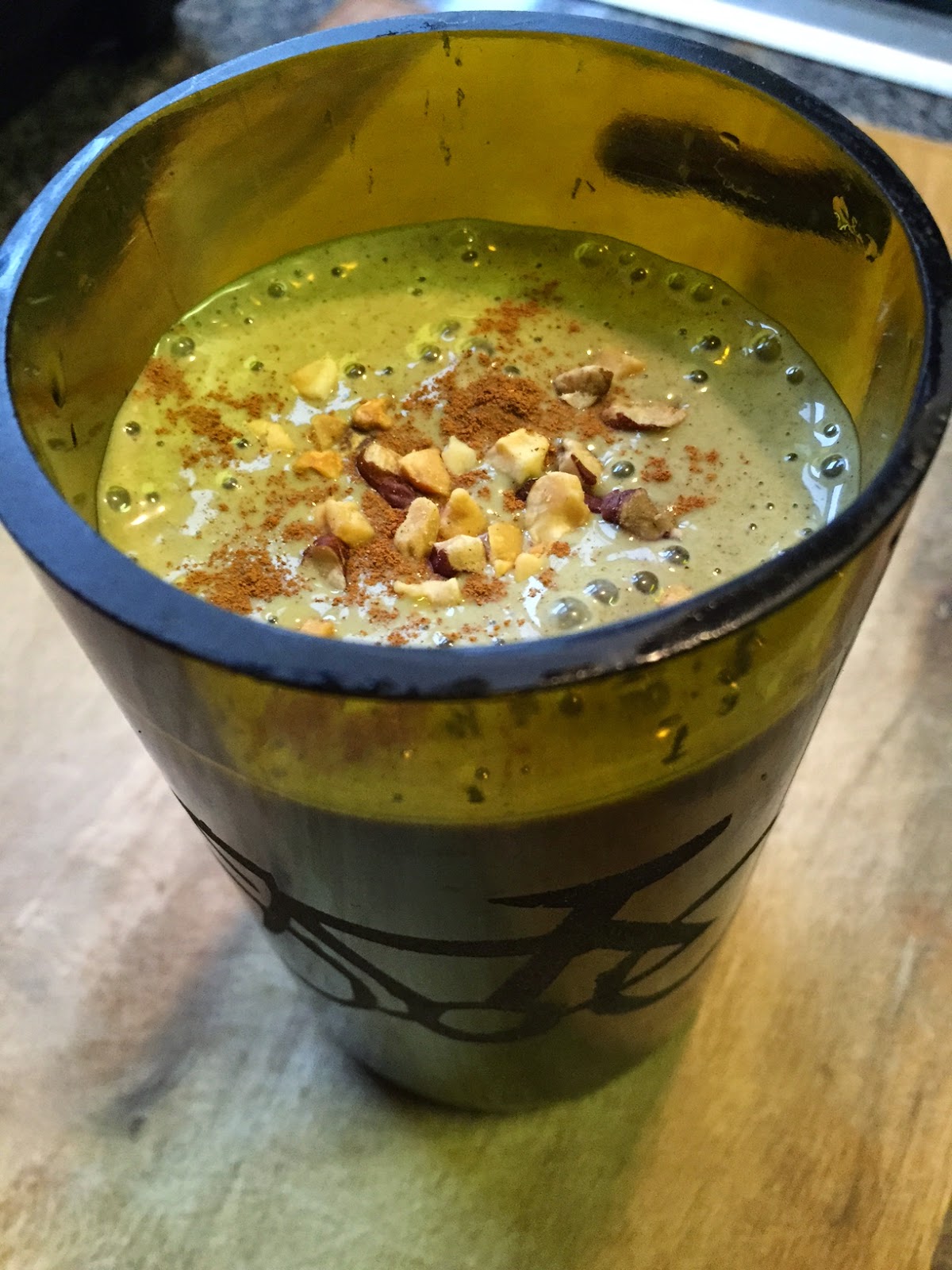 I've been eating these Field Roast Apple Maple Breakfast Sausages for breakfasts this week, and they're so amazing. They taste like sausages that have been rolled up in pancakes. Field Roast really does everything right, you know? Sadly, you can't buy these in Memphis right now. But I found some in Little Rock at their Whole Foods. 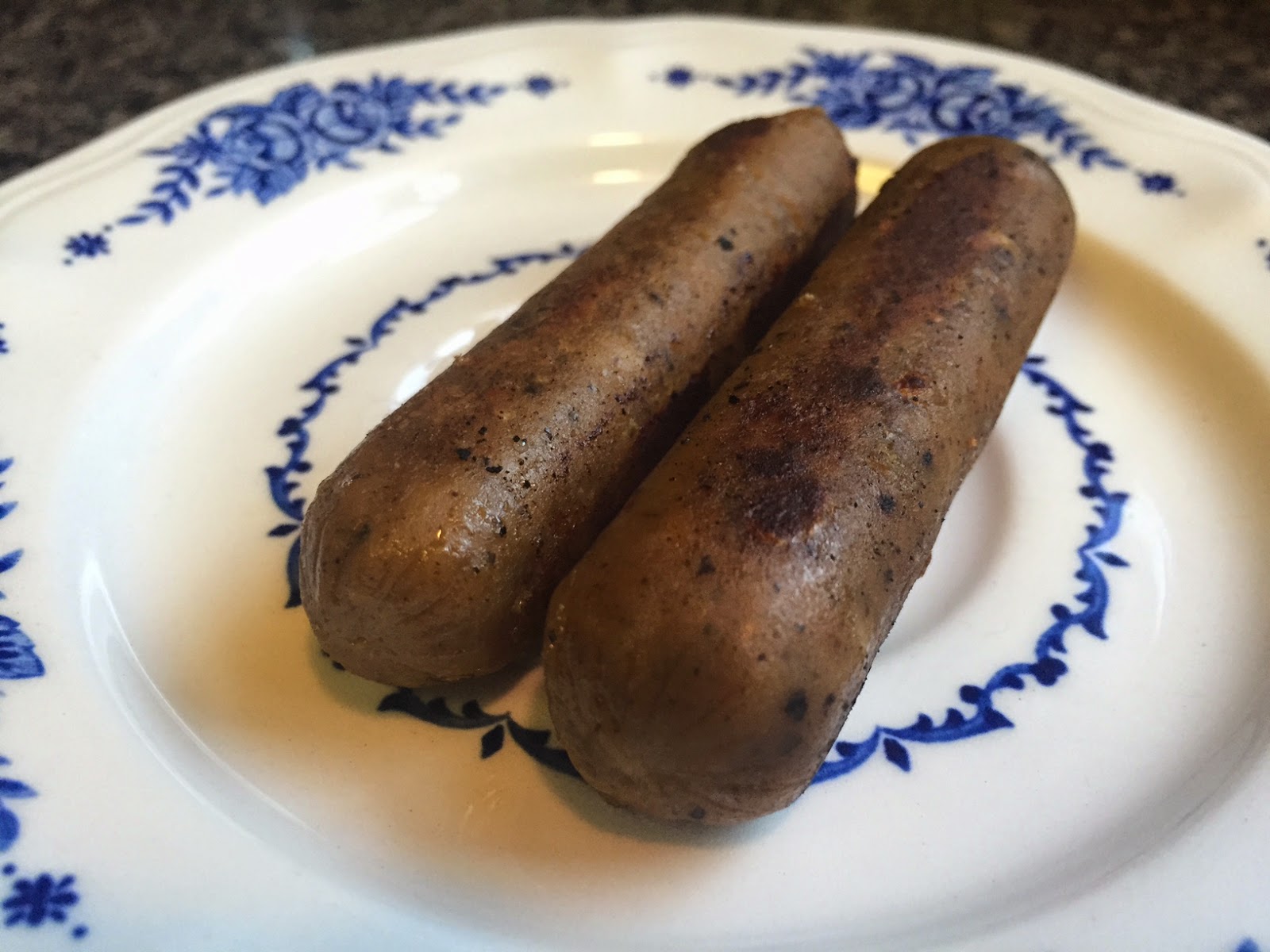 Speaking of Little Rock, I also found Treeline cheese at their store. Another product Memphis WF doesn't carry. Come on, Whole Foods!! Get with it! For dinner one night, I made this snacky plate with Treeline Aged Cashew Cheese, Milton's Baked Everything Crackers, Hope Thai Coconut Curry Hummus (also from the LR Whole Foods), and Crudites. 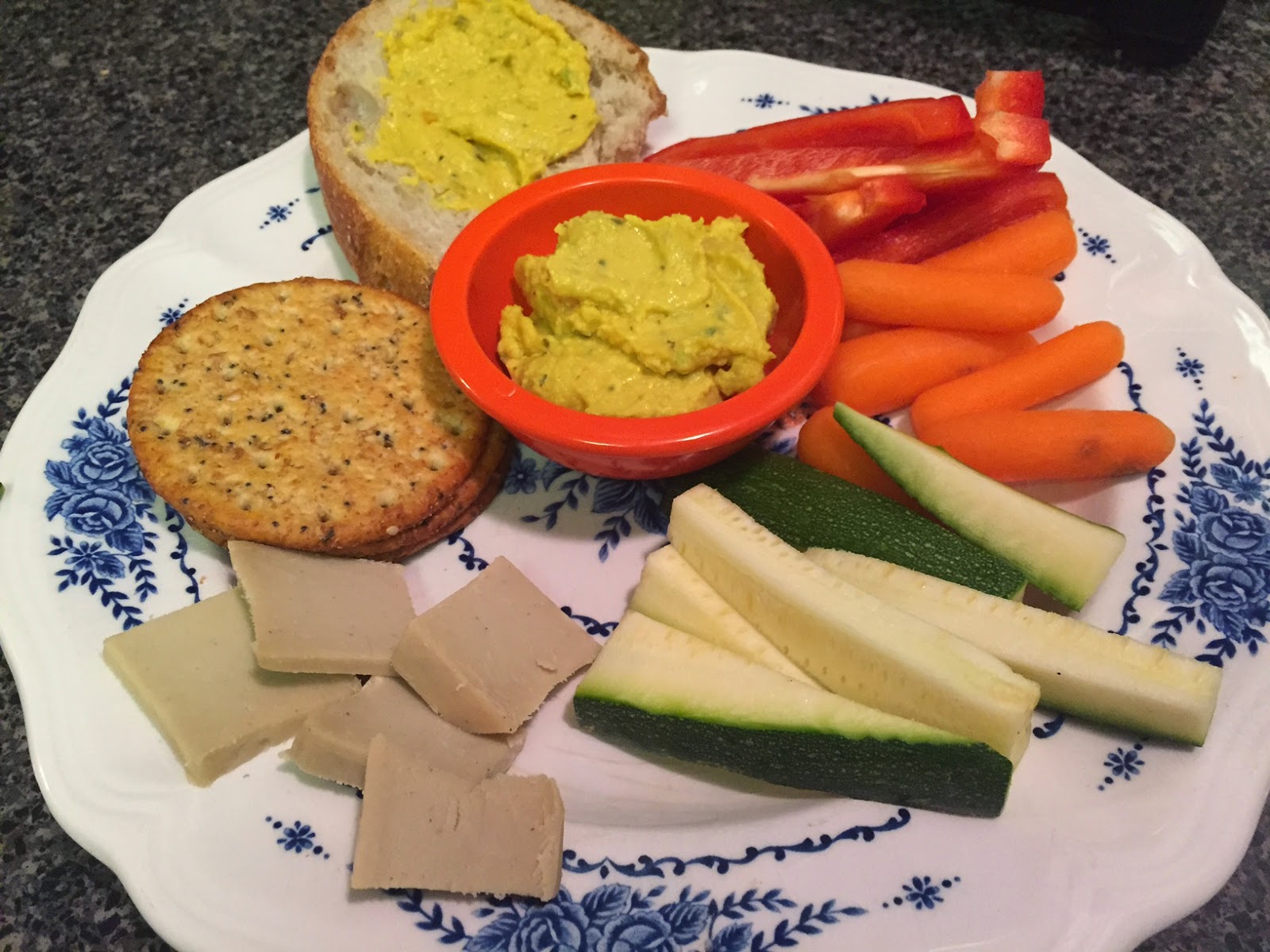 While we're on the subject of Arkansas, I'm proud to announce that my little hometown — Jonesboro — now has a pizza joint that carries vegan cheese!! It's called Uncle Maddio's, and they have Daiya!! I went home a couple weekends ago to visit my parents, and we went there. It's a build-your-own pizza joint, and I picked Daiya cheese, a garlic olive oil base, black and green olives, sundried tomatoes, and portabella mushrooms. Man, this was good. I can't wait to go back home and eat another one. 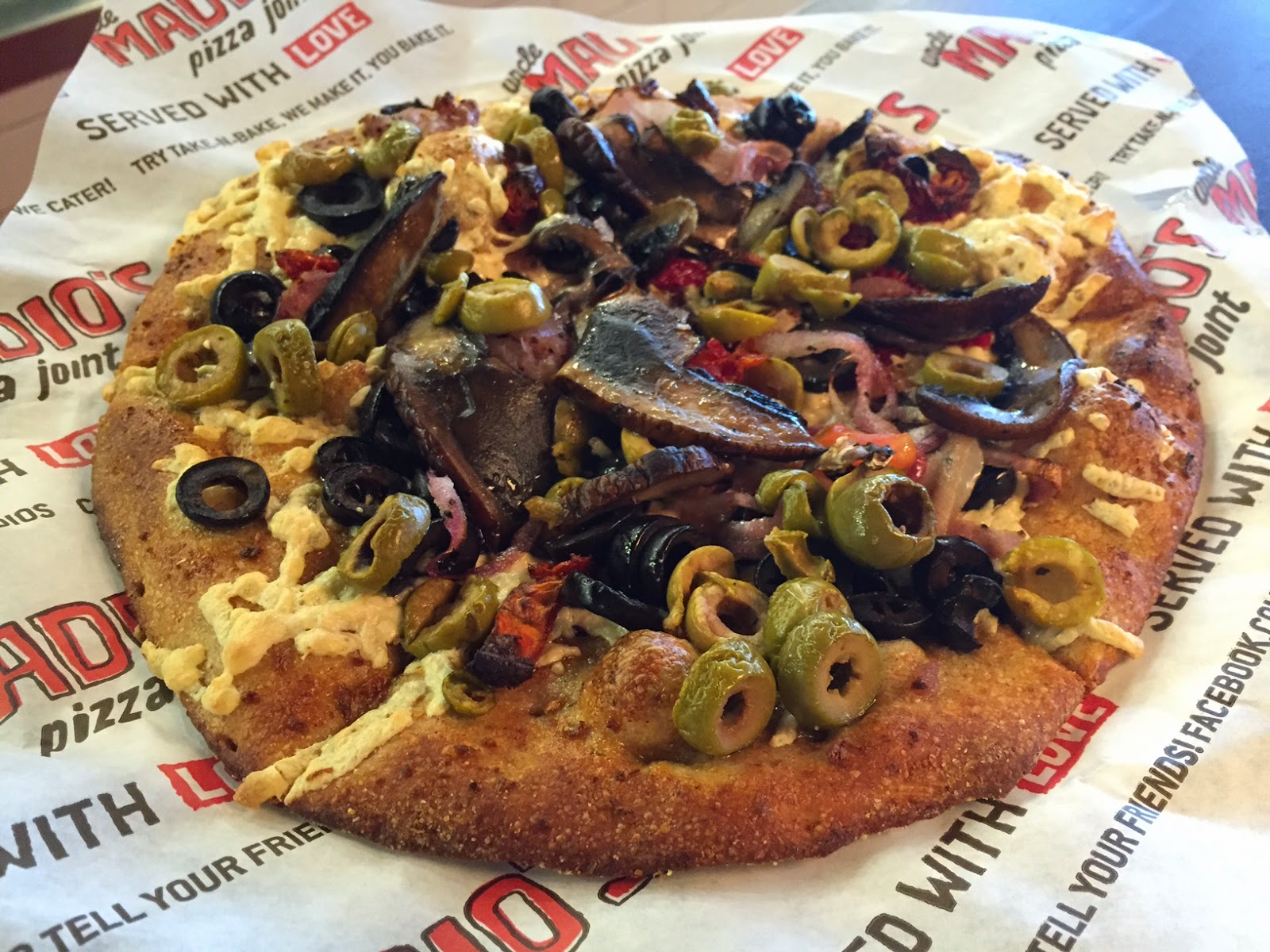 Finally, I'll close with this. It's not food. But isn't this wine glass from the Little Rock Marathon the best? For now, I can drink wine up to the 13.1 mark (about 10 ounces), but hopefully, by the year's end, I can have the full glass! 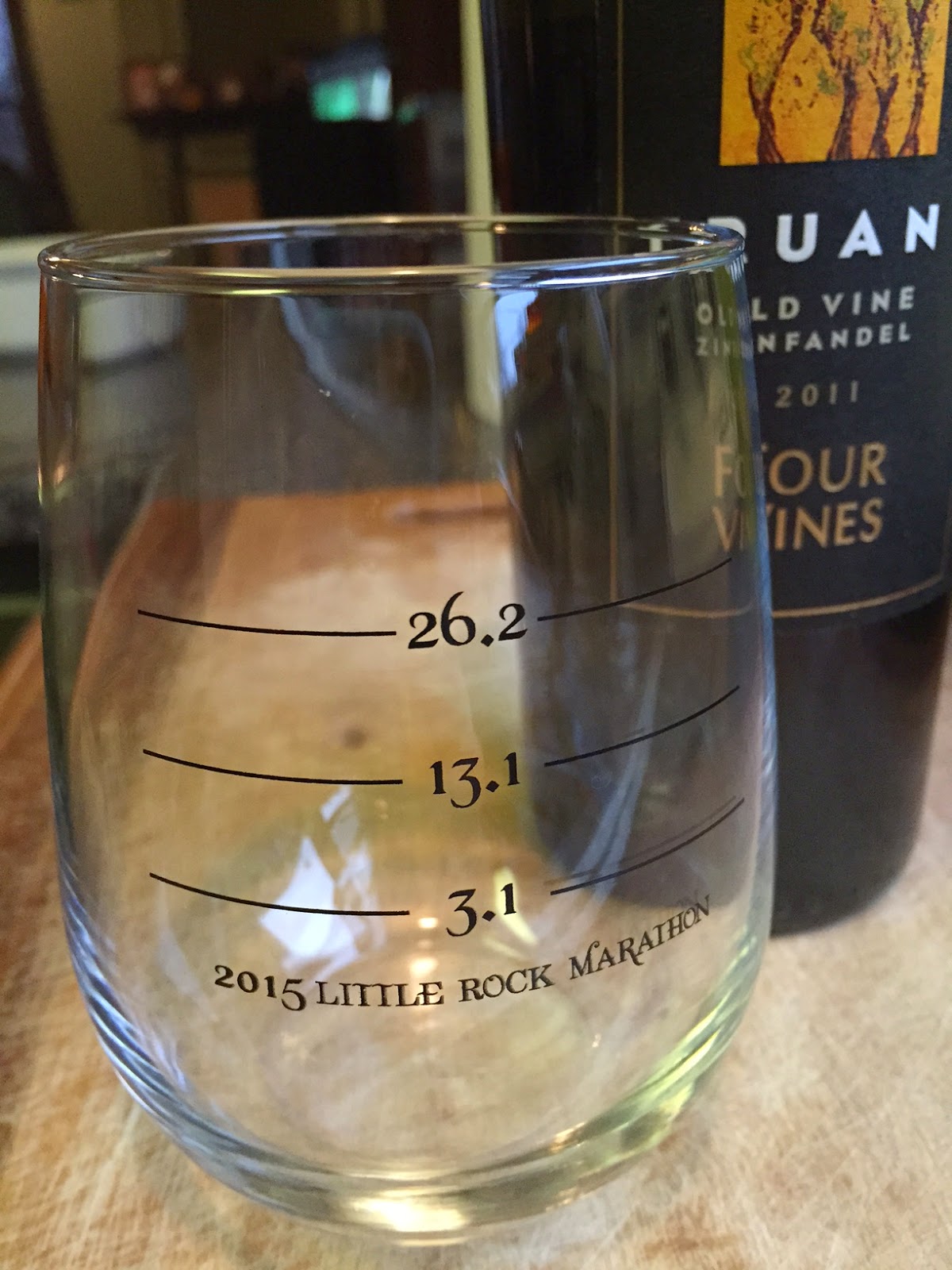 Alright, well, I'm off to Seattle! I'll share lots of pics when I return!
Posted by Bianca at 7:30 AM

Oh my gosh, those desserts! Baklava is my absolute favorite, I'm so jealous! And that pie looks phenomenal. The salad looks really fresh and delicious and I'm going to check out that smoothie right now. It sounds so good.

Hope you enjoyed the show!

Have a fun trip to Seattle! I'm so jealous! It's funny, because I honestly can't wait to go home to Jonesboro and check out that pizza joint! Looks soooo good!

Have fun! I bet the Die Antwoord show was AMAZING. I can't stop listening to them. Good stuff.

I'm actually going to Jonesboro this weekend to go shopping for stuff for the wedding with my mom. That pizza looks amazing! I think we're going to grab something lighter, though, because we're making home made vegan pizza for dinner.

Obviously, you can like whomever's music you want, but just consider what some actual South Africans think of Die Antwoord's music:

Hope you have a great time at VegFest! Miyoko is basically my favorite celebrity...I hope you get to meet and become BFFS and run off into the sunset together :)

I am quite positive that I saw you at the Seattle VegFest last Saturday as I was getting a book signed by Miyoko! Man, I would have totally said hello if I had known that you're the next blogger in line in Teff Love book tour! Anyway, nice to almost meet you in person!