So I meant to publish this on St. Patrick's Day. I wrote it last night, and then I failed to hit publish! Oops. Perhaps I was waaaaaaay too into the St. Pat's spirit!

And the St. Pat's, ahem, spirits. Yes, I started my morning with a shot of vegan Irish cream in my coffee. Don't worry. It was fairly weak, so no booze buzz before work. P.S. Let's not talk about those dark circles under my eyes. It was early! 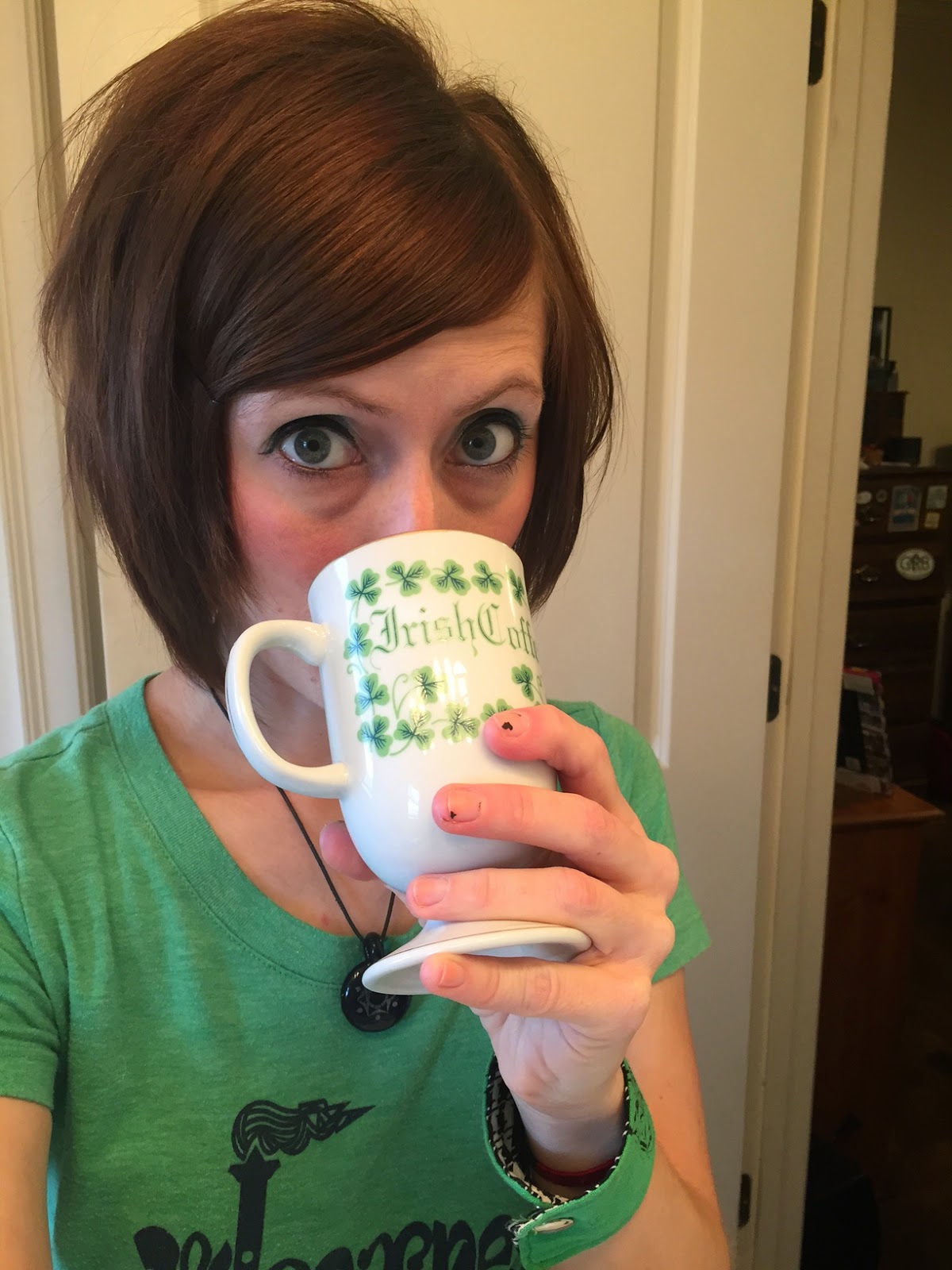 The Irish cream recipe I use is from Joni Marie Newman's Vegan Food Gifts. I make it every year for St. Pat's. It has Jameson, vegan creamer, coffee, sugar, and cocoa. YUM! 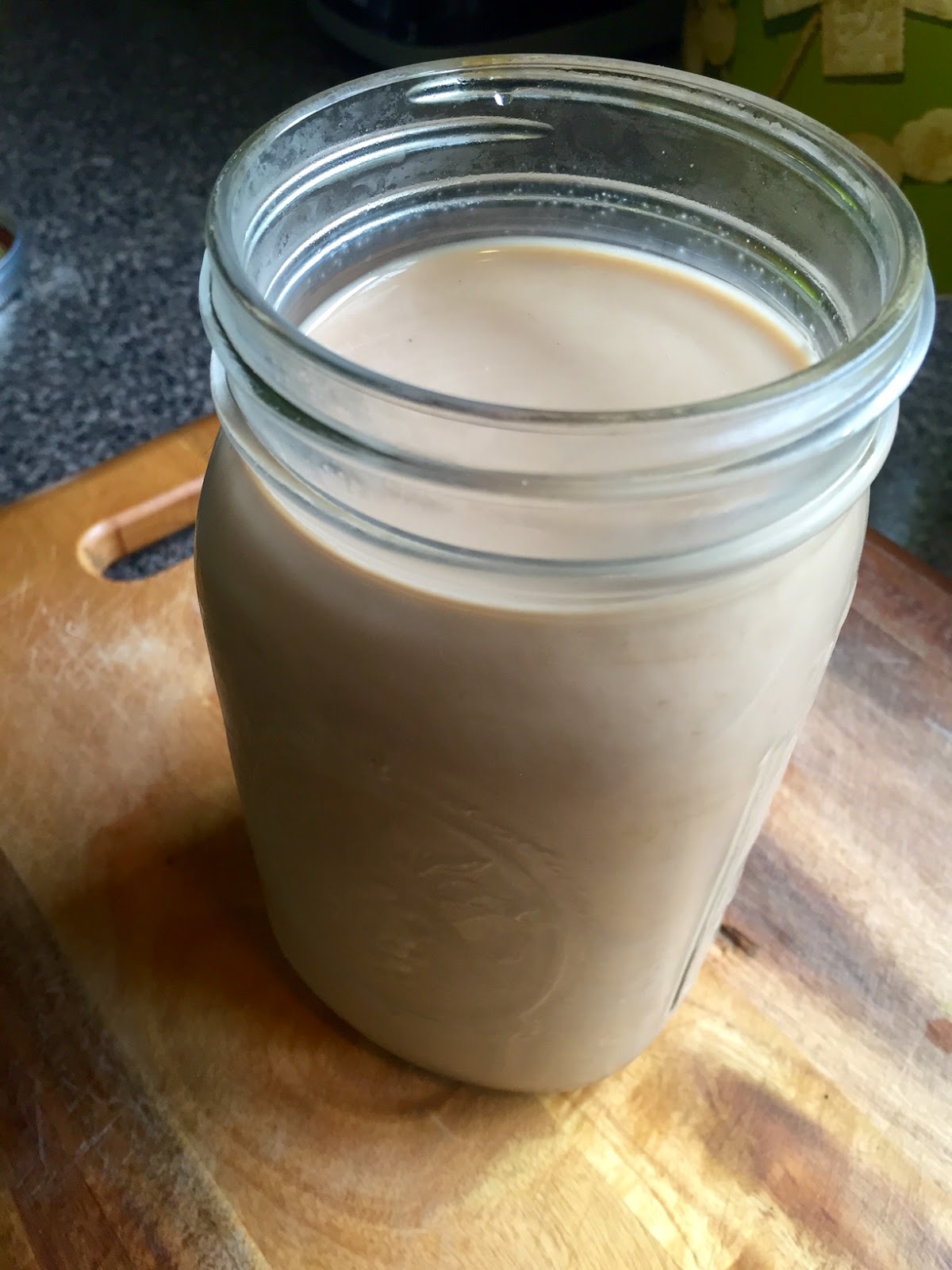 I went on a run this morning, but I'm still having some knee issues after a couple miles. So I'm keeping my distances short for now. After my run, I had this Iron-Rich Green Smoothie with Vega One natural protein, pineapple, parsley, and spinach. 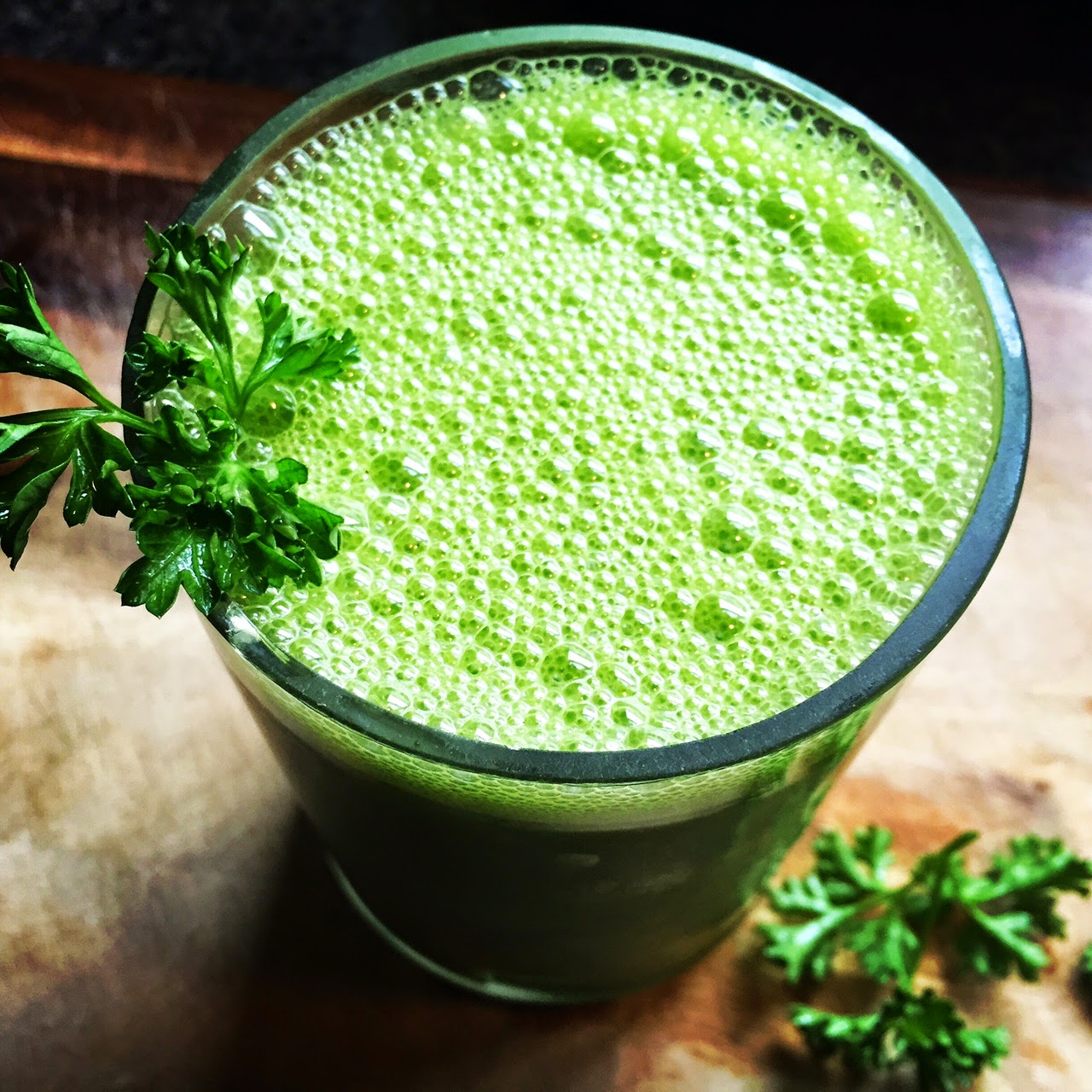 I snacked on some green dry-roasted edamame at my desk at work (and yes, I'm that nerd who chose her morning snack based on color). But my lunch was leftover raw vegan hamburg steak and potatoes au gratin from yesterday. Not green but potatoes. That's Irish-ish, right?

After work, I stopped by Cassi's Pink Diva Cupcakery to try one of her special St. Pat's Vanilla Coffee Stout Cupcakes. She made these with beer, and they were awesome! That little plastic tube holds more beer that you can squeeze into the cake. 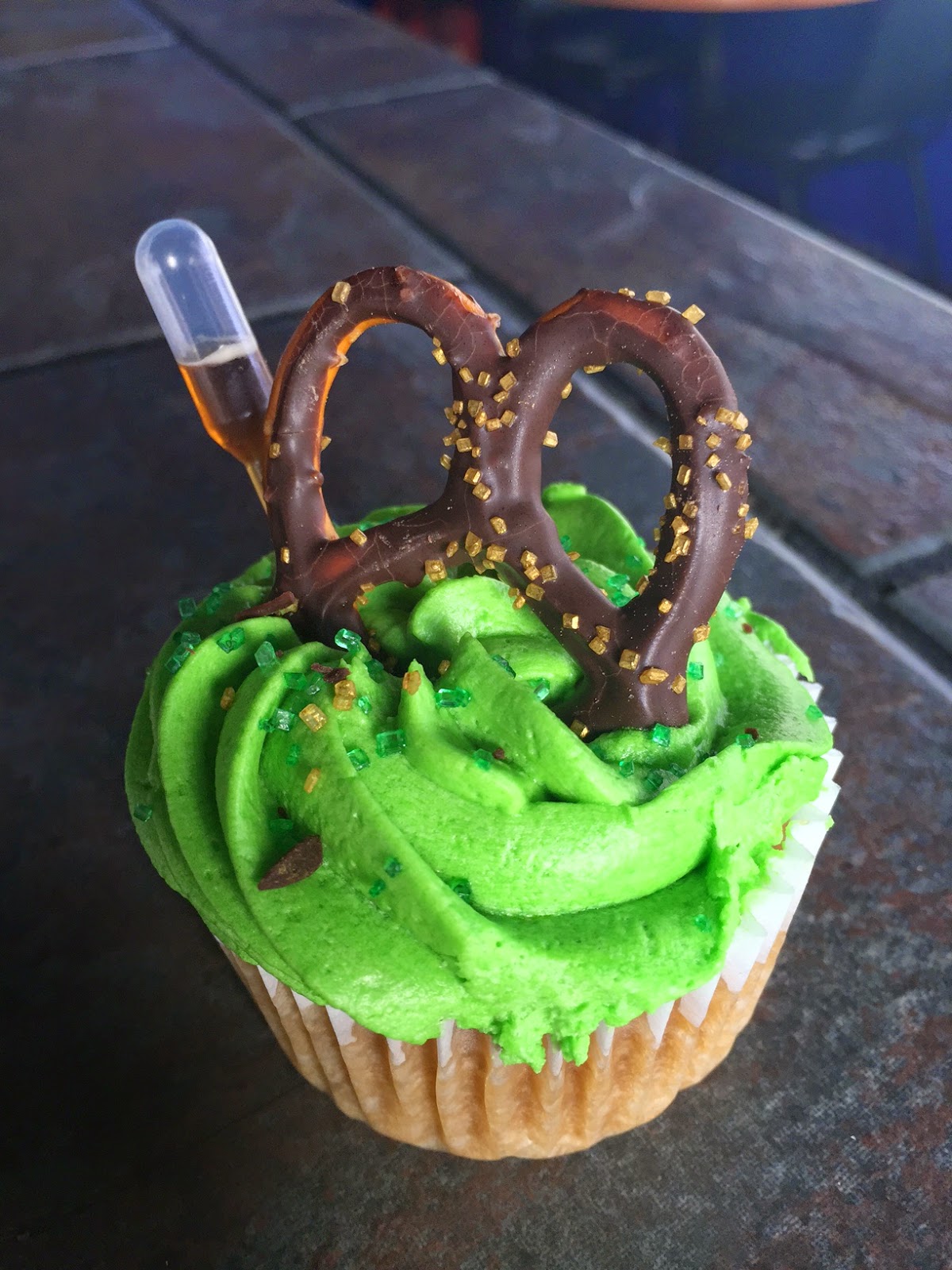 While I was there, I had Cassi come out to my car for a special treat — Irish Car Bombs!! We used Brooklyn Brewery Dry Irish Stout and my homemade Vegan Irish Cream. The Irish Stout isn't listed on Barnivore, but from what I've read, Brooklyn Brewery uses Biofine Clear, a vegan substitute for isinglass, for filtering their beers. A few of their beers contain honey, but I don't think an Irish stout would have honey so I'm assuming it's vegan.

Bonus points for us doing car bombs in a car! Just FYI, I live across the street, so I wasn't driving far. But I didn't want to bring my booze into the cupcake shop since it's located inside the Midtown Crossing bar. I'd have been happy to buy booze there, but they wouldn't have vegan Irish cream. Also, this was Cassi's first car bomb. 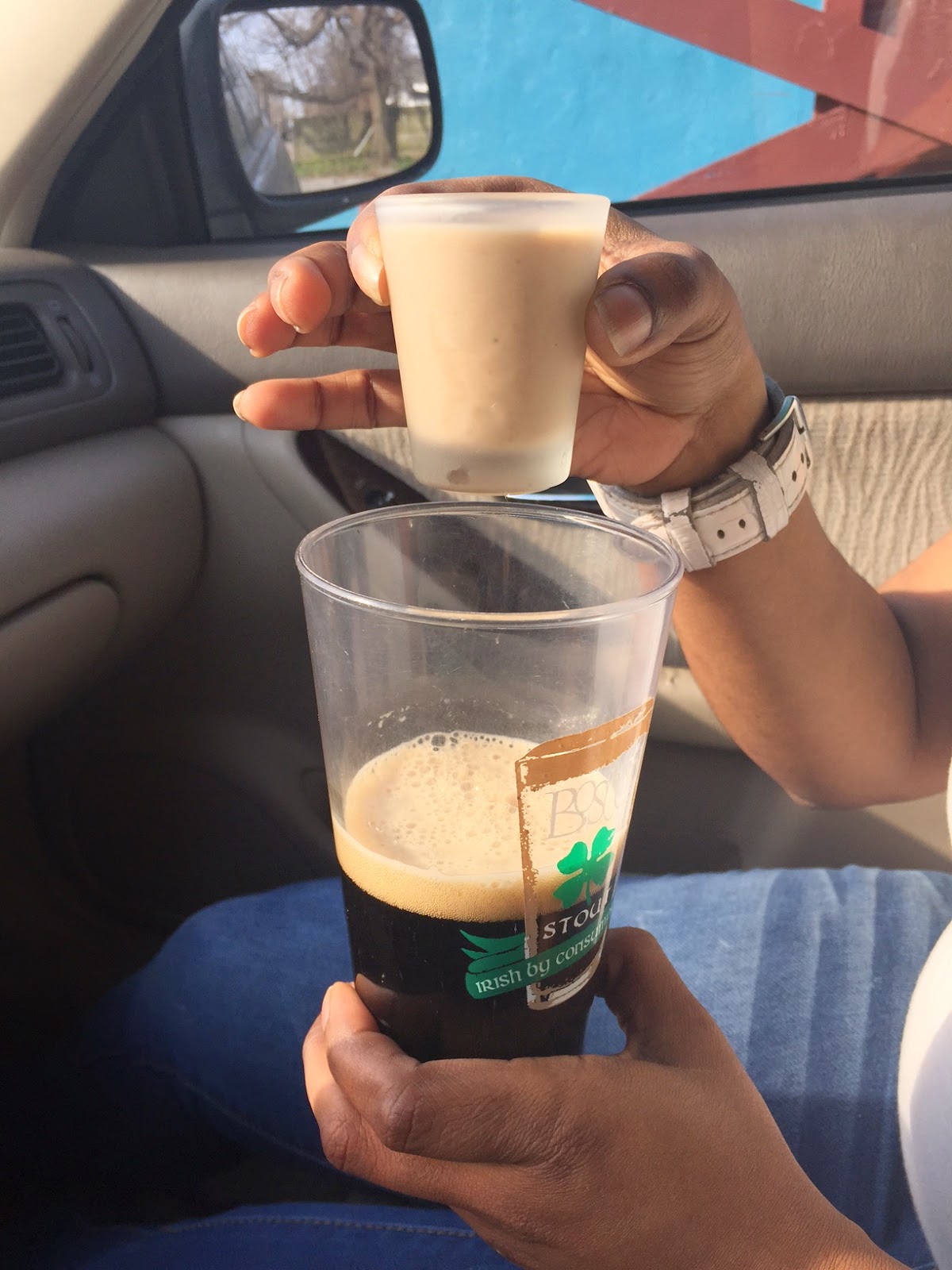 Afterward, I went to my hula-hoop class at Co-Motion Studio (also across the street from me ... I live in an awesome neighborhood). And then I came home and got started on dinner — Cream of Broccoli Soup and Irish Soda Bread. 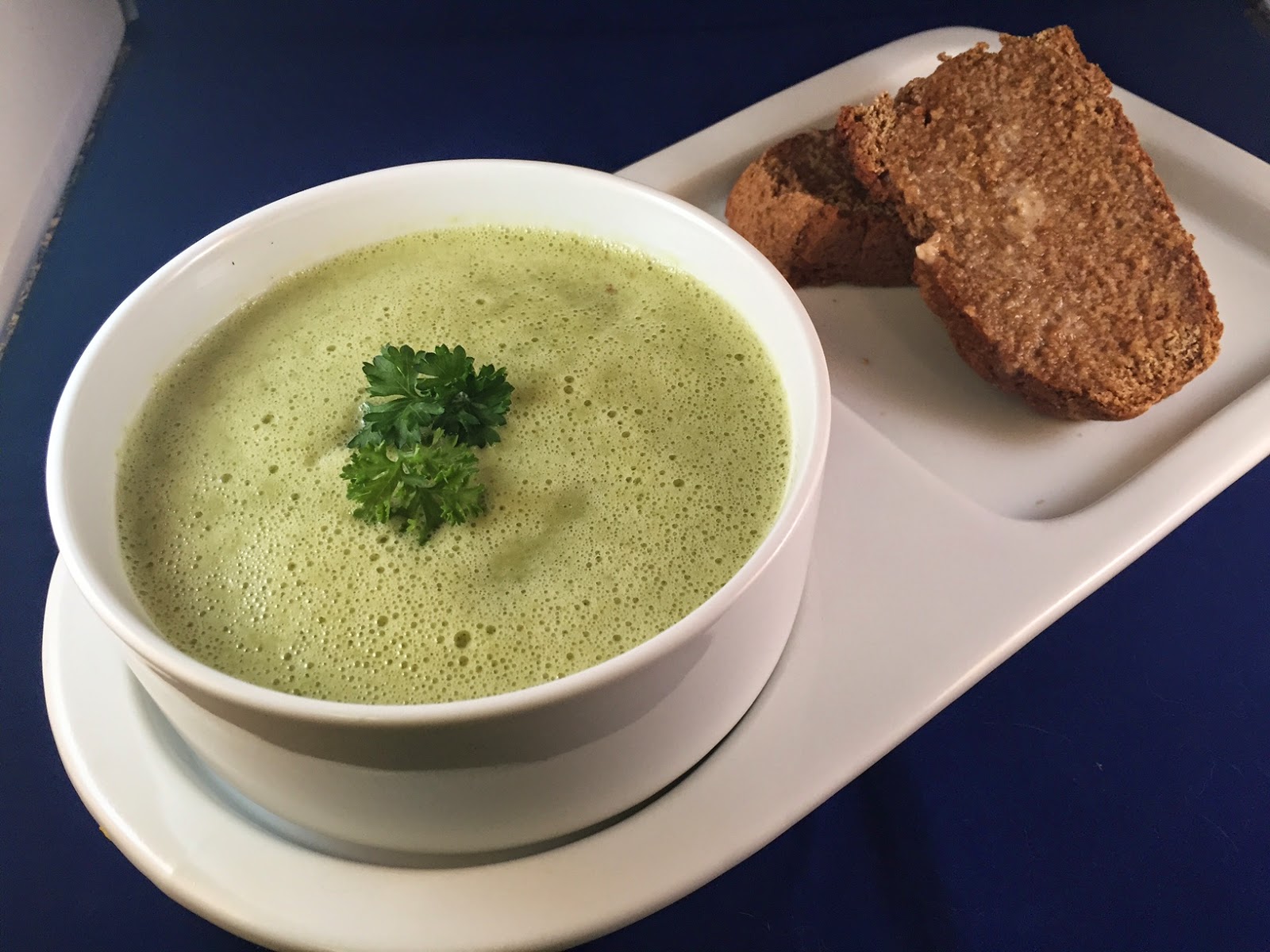 Both recipes are from Dynise Balcavage's Celebrate Vegan, a collection of vegan recipes for EVERY holiday (she even has recipes for Festivus and World Vegetarian Day!!). I'd made her soda bread before for St. Pat's, and I'm a huge fan. It's a dense and hearty quick bread that's perfect for coating in Earth Balance and dunking in soup. 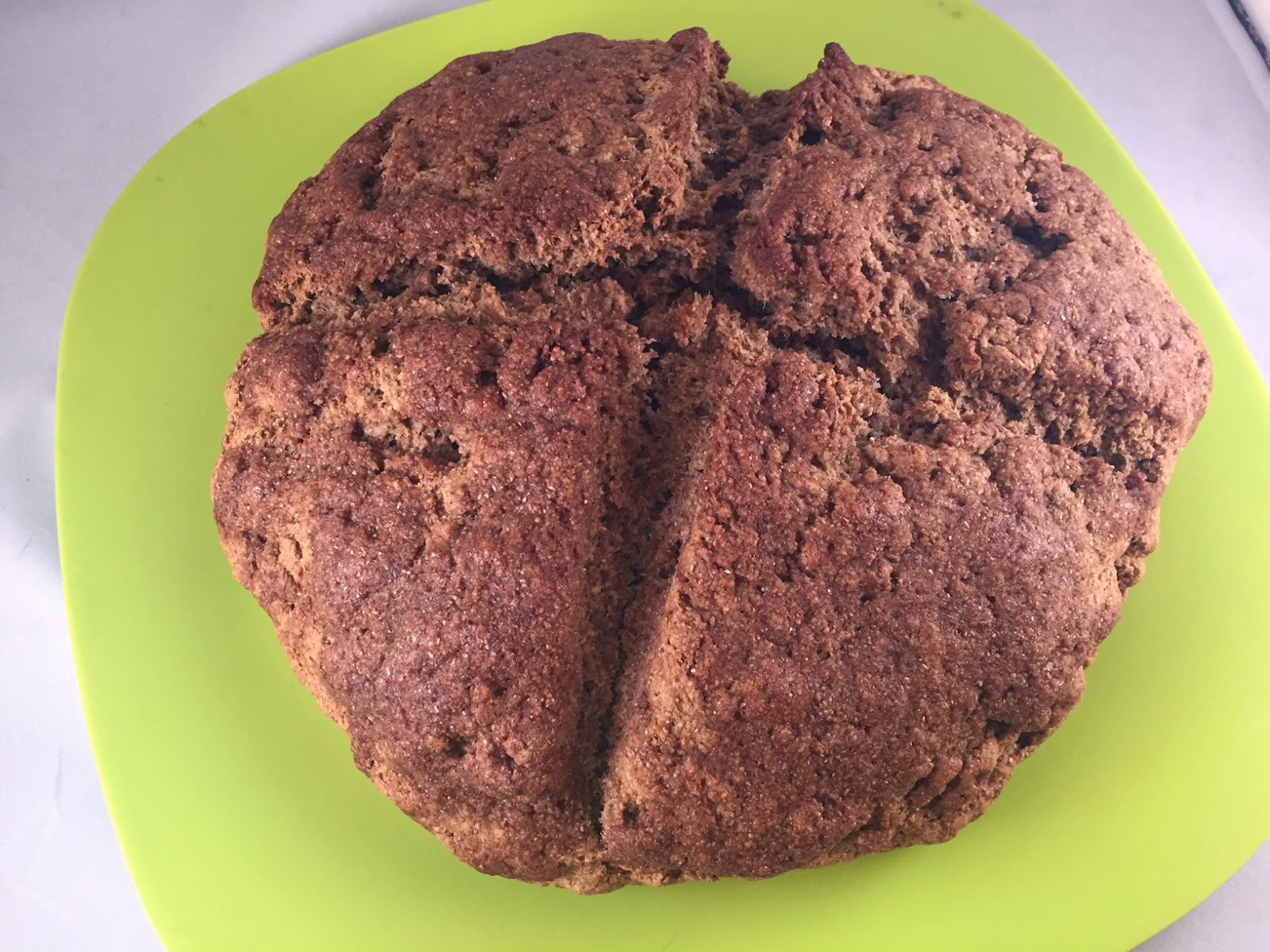 And the cream of broccoli was so good. I loved having something light after all the cupcakes and booze earlier. Plus, I had another car bomb for dessert. Sue me.
Posted by Bianca at 8:59 AM

Sounds like an amazing St. Patrick's Day. I'm not very big on alcohol, by I would have loved to try that cupcake! Hahaha

I love all the green! I did enough St. Patty's day indulging on Saturday, so I worked and then did a double workout (Zumba + weights), then went home and had a massive green salad (with some pizza on the side).

I really need to try some of those cupcakes the next time I'm in town!

COOLEST CUPCAKE EVER!!! I need to find these little booze tubes.

Happy St. Patty's you little green........ Love the cupcakes and the super green smoothie. The Irish cream on the other hand is top notch and something I'm going for. Who could go wrong with the Jameson!