I'm a sucker for a holiday. I get it from my Me-maw, who lovingly decorates every inch of her home for just about every holiday on the calendar. I haven't taken things that far yet, but as I get older, I suspect I'll also be adding holiday-themed area rugs and knick-knacks to my home decor.

Until then, I'll celebrate holidays the best way I know how. With food!! Since St. Patrick's Day fell on a Sunday this year, we celebrated all weekend in Memphis. Our annual St. Pat's Day parade along Beale Street was on Saturday afternoon. I threw on a green shirt and spiked my morning coffee with a little Jameson before heading downtown. Look at these cute vintage Irish Coffee mugs that I found in a flea market for $5 a piece: 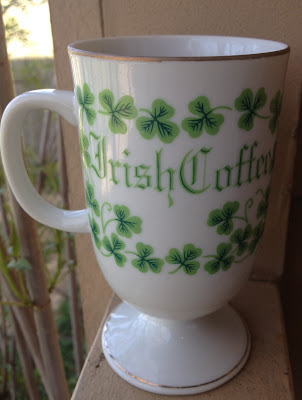 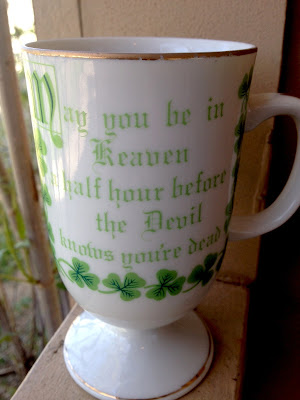 I looked around on Etsy and found a very similar set of four mugs for $32. I got a sweet deal on mine! But they're not very authentic. Look where they're made! 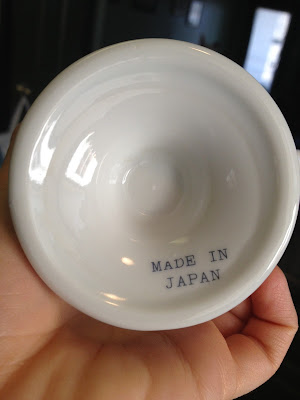 My friends and I did a Rainbow Pub Crawl to all the gay bars after the parade. We did stop for a food at a new restaurant, but I'm saving that for tomorrow's review post (Hint: It definitely wasn't Irish. Think more like Mexican hot dogs).

On Sunday, my food was a little more St. Pat's-appropriate. For lunch, I made the Irish Stew with Potatoes and Seitan from Appetite for Reduction: 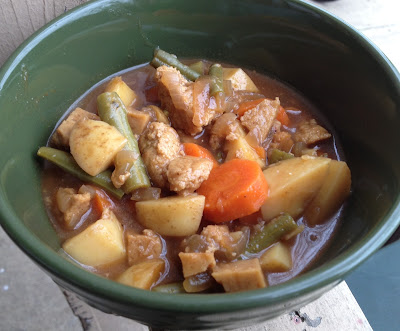 I bookmarked this recipe when I first got Isa's low-cal cookbook years ago, but I've finally gotten around to trying it. And wow. Just wow! It's such a hearty meat-and-potatoes stew, and in true St. Patrick's Day fashion, the broth is seasoned with beer. I used a good dark stout.

I also made a loaf of Irish Soda Bread from Celebrate Vegan: 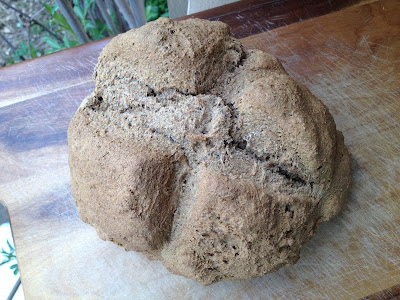 Another wow! I've never had soda bread, but it's so flavorful. It only has a few ingredients — baking soda, wheat flour, plant milk, sugar, and agave. But the wheat flour makes the bread taste so earthy and wholesome. This was the perfect side to the Irish stew.

I went a little crazy at the buffet. I have ZERO self-control in all-you-can-eat situations. First, I had this plate with dyed green Tofu Scramble, Biscuits and Vegan Sausage Gravy, Vegan Sausage, Home Fries, a Crescent Roll Stuffed with Sausage, and a Mini Pancake with Maple Syrup: 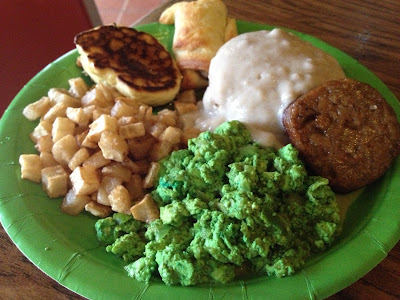 Then I had these two mini cupcakes — Caramel Dipped Vanilla Buttercream and Lavender Vanilla: 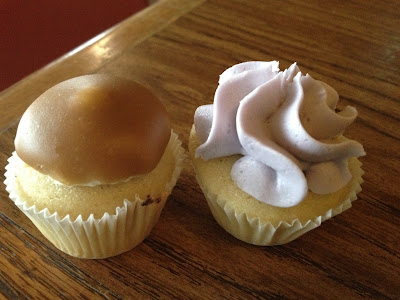 And then they put out grits and hash brown patties. So I got another plate (not pictured). They also put out some fruit, but who wants fruit when there are hash browns to be had? And then they sliced into the Chocolate Stout Sheet Cake. And I had to get a slice of that too: 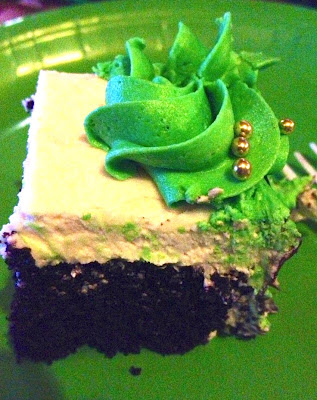 Oh, and they had green beer. So I had a few cups of that: 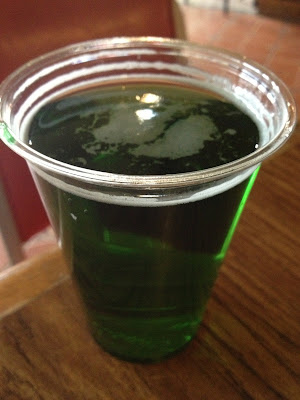 That was about two hours ago and I still can't move. I had to change out of my jeans and into some fat pants for the night. Ugh. I don't regret it though. St. Patrick's Day only comes but once a year.
Posted by Bianca at 8:40 PM

Happy St. Paddy's day! I'm not going to lie, I'd go nuts at that buffet too! Everything on your plate looks so delicious! I am such a sucker for brunch foods so I'm definitely jealous of that. Your soda bread looks delicious too!

[ Smiles ] Scrambled tofu works for me!

what a fantastic day of eats! happy st. patricks day!!!

OMG your St Paddy's day eats look fantastic! I am such a sucker for vegan sausage. And I've yet to try a recipe from Appetite for Reduction that isn't fantastic.

I am a glutton at a buffet myself. You should see me at Woodlands. :)

It looks like you had an awesome St P's celebration. That stout cake looks epic and that stew's one of my favourite meals. I also have no self control in buffet situations, I just have at it, no regrets!