As I mentioned at the end of my last post last week, our plans to attend Bonnaroo were crushed when Hurricane Ida decimated the Roo campsite, forcing festival organizers to cancel two days before the fest was supposed to begin. The campsite holds 80,000-ish people, and it's located on a giant open farm that turned into a mud pit as Ida moved through. The vendors and workers who were already on-site were getting their cars stuck in the mud, and it was just getting worse, so they made the tough decision to cancel lest 80,000 cars get stuck in the mud! We were bummed, but if this pandemic has taught us anything, it's how to go with the flow and understand that some things are just out of our control.

Paul and I pivoted Tuesday night, after the cancellation announcement and came up with a new plan to camp at Fall Creek Falls State Park. We got online and booked what we thought was the last campsite available on Labor Day Weekend. And then Wednesday morning, we were off! Headed to Paul's parents' house, where our RV was stored in the driveway. Look at us so happy with our new plan! 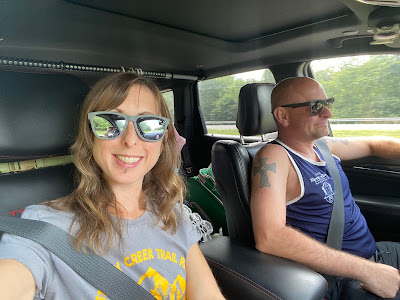 When we arrived, Paul's brother Donnie lit up the grill and cooked us some Impossible Burgers with corn and French fries. So cool of him to make sure we had vegan options (Paul isn't vegan, but he's been eating vegetarian most of the time lately). 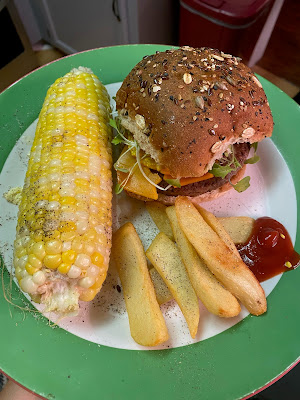 Then we tucked in for bed since we had what we thought was another two hour drive to Fall Creek Falls in the morning. The next day, I got up super early and got in a 5-mile run in Paul's parents' hilly neighborhood in Hendersonville (a suburb of Nashville). 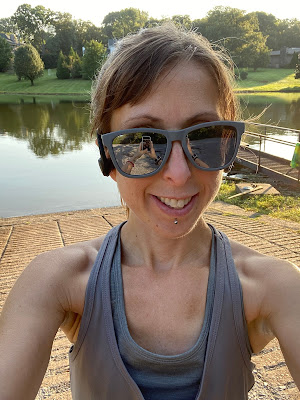 Then I had some instant oats and instant coffee (his parents only drink decaf so I always bring my own). 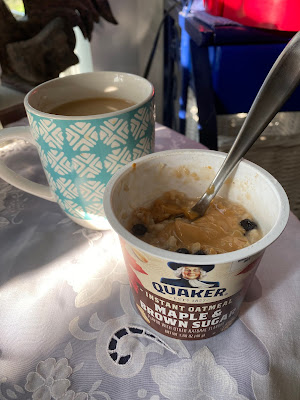 We loaded up the camper and took off for Fall Creek Falls. But first, we stopped at Kroger for a few last-minute things. Paul stayed in the car while I ran inside, and while I was shopping, he called our campsite to confirm. When I got back to the car, he had some bad news. We accidentally booked our campsite for NEXT weekend! And they were totally booked.

We had to quickly re-group, so I started looking at KOA sites in Middle and East Tennessee. After checking sites around Chattanooga and even Asheville, NC, I was striking out. They were all full! But I finally found a few spots in the North Nashville KOA (about 15 minutes from the Kroger lot we were sitting in). So we headed there! Not the vacation we were expecting, but we made the best of it! I'll share more in posts tomorrow and Thursday!